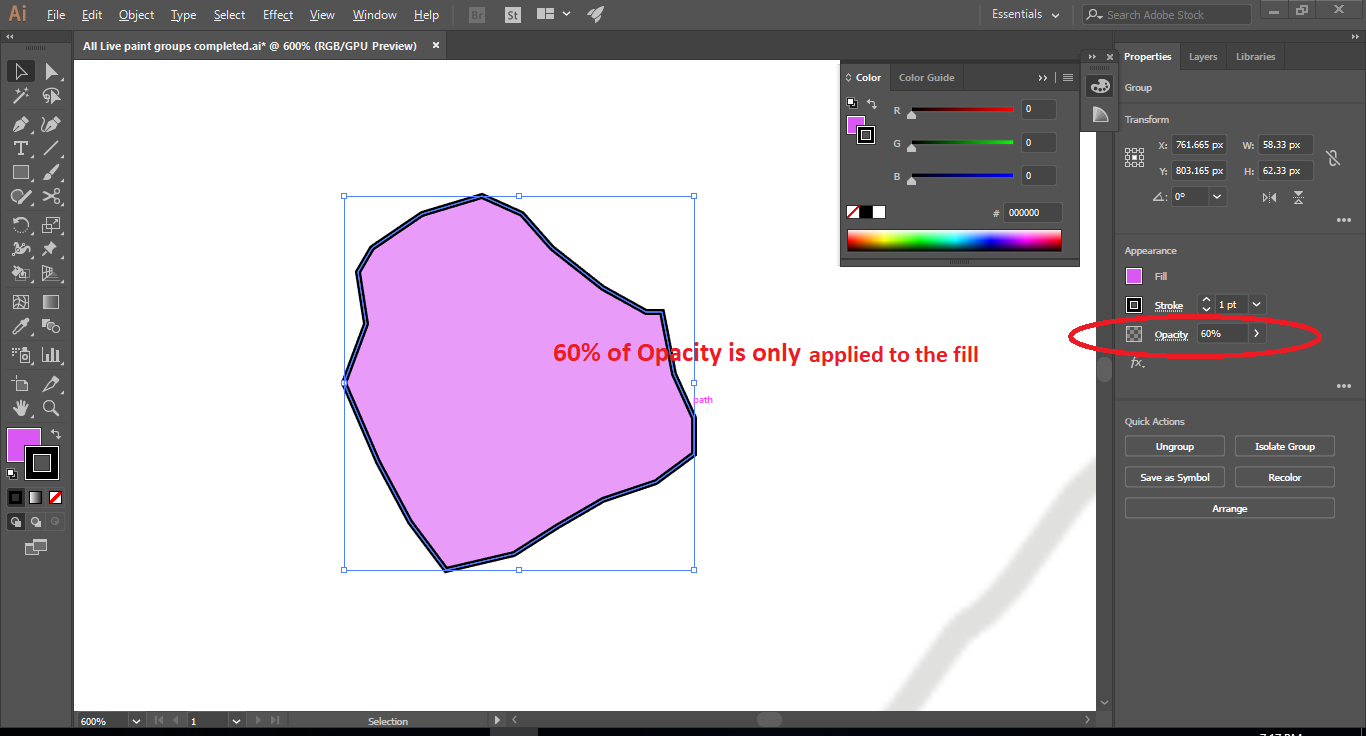 Then, when I open the Appearance Window, there's no stroke appearing: 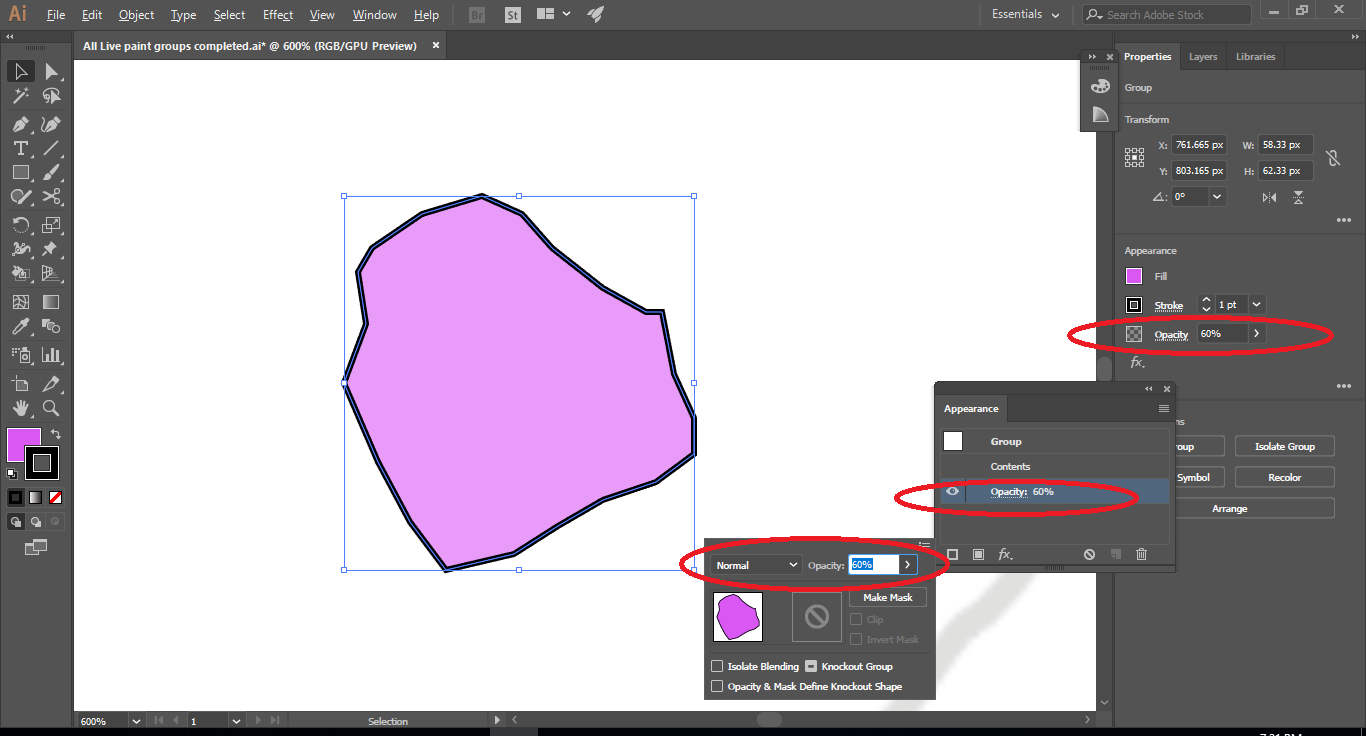 If I left-click on other strokes, such as the one in the below image, the stroke appears in the Appearance window. So I can change the opacity of this stroke (image): 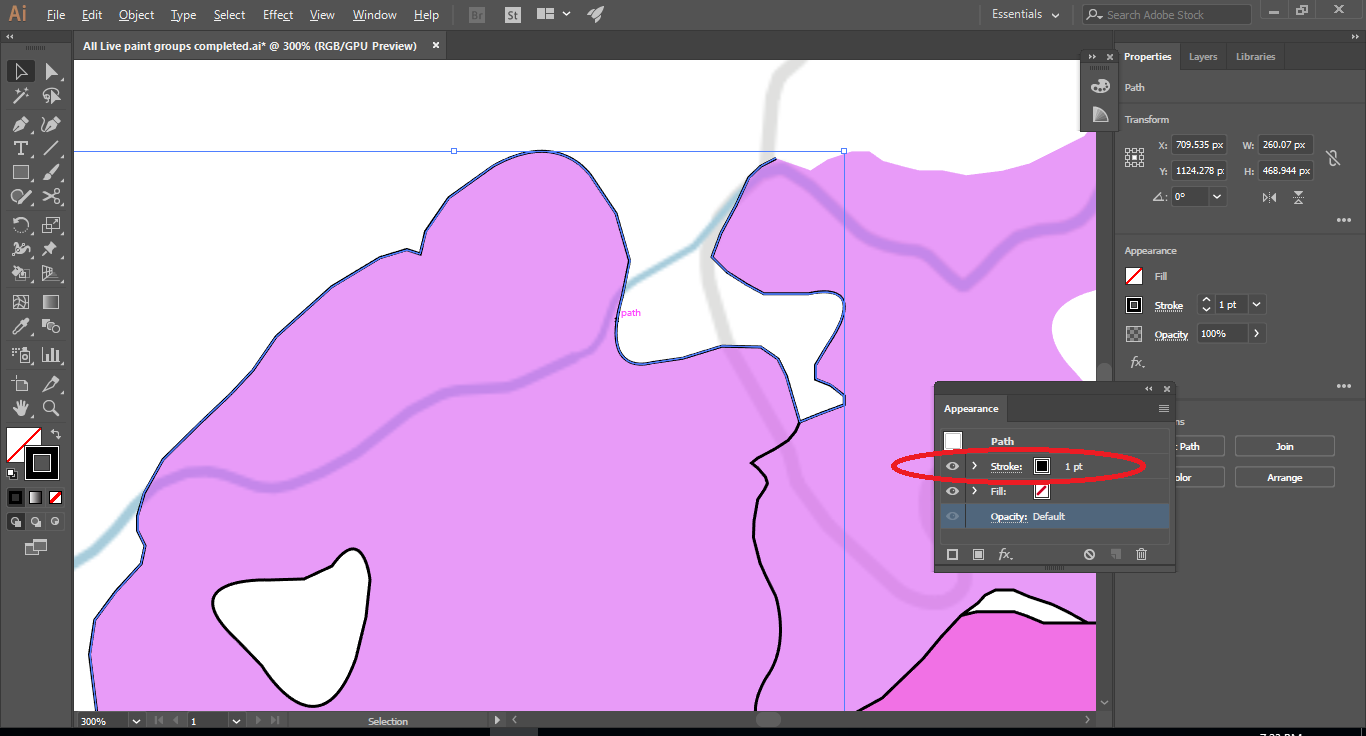 But it is impossible to do so to the stroke of the enclosed path above. Left-clicking on its path/stroke/anchor pint, its fill always appears rather than its stroke. So what can I do to change the opacity of the enclosed stroke ? Thanks.

PS: With the strokes that are possible to change their opacity, it seems that I used Live paint Bucket to create Live Paint groups and then colored the areas that these strokes encompass. Then I clicked expand and ungroup these strokes. That allows me to distinguish between strokes and fills of these areas. But for the areas that I did not create Live Paint group and expanded and ungrouped, it seems that I can't distinguish between stroke and fill to change their opacity separately. What could I do?

Let see, as far as I see what do you want to get is a black stroke with less opacity. This means a gray stroke.

Why you insist with the opacity instead of changing the stroke ink percentage?

Differences between Regular Shape and a LivePaint Object: 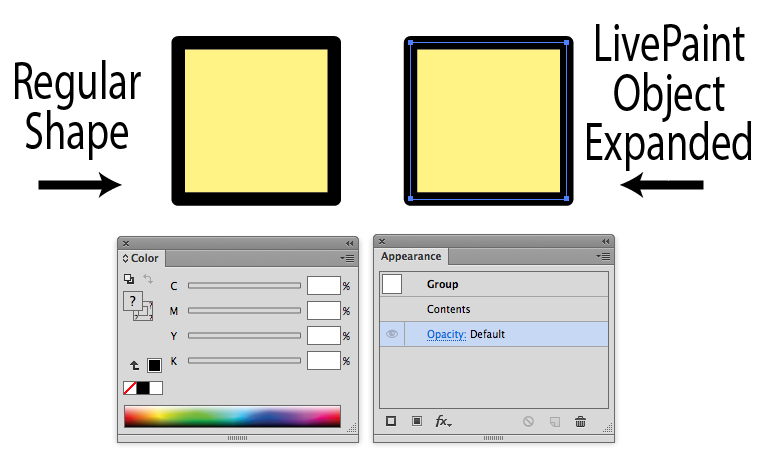 Not the answer you're looking for? Browse other questions tagged adobe-illustrator transparency stroke fill or ask your own question.

2
How do I change the default color library for stroke/fill in Illustrator?
0
How to overwrite brush “texture” with single color in Illustrator CS6?
4
How to make a fill or stroke change its color when the swatch used for it changes?
1
In Illustrator how to maintain an assigned graphic style after using Live Paint Bucket
0
Illustrator: cannot fill transparent areas without compromising strokes using Live Paint
0
Illustrator CC 2014 - Live Paint Bucket Won't Work
7
Set a stroke to knockout a fill behind it with live text in Illustrator
2
How to fill areas outside of a stroke to path object that are enclosed by the path
0
When brushing with a translucent colour, is there any way to make multiple strokes into one?