Why is Corbel listed as bad font for body text in Butterick's Practical Typography?

We are creating branding guidelines for a nonprofit voluntary organization. Only around 10 people will create content, but a lot more people will need to be able to view documents and publications using the branding, both printed and digital.

When looking for appropriate fonts, I found Corbel to fit our needs for a body font quite well. However, I am no typography expert, and I read a lot on fonts in the past days. In his Practical Typography guide, Butterick lists Corbel as a B-tier font (OK in limited doses) and does not mark it as appropriate for body text. What could be his reasons? Is there something wrong with the font? It is at least not as overused as Calibri / Arial etc.

If you look at the fonts listed that they choose as optimal for including in a text, all of them have modulated strokes. This means that the letter body gets thicker or thinner according to the path.

One of the typography design statutes says that all typography with stroke modulation has better legibility because of the contrast. But this is not an absolute rule.

And it is not that far from being right. In the image below is a comparison of some characters between Minion Bold and Corbel Bold. The characters on the right look like sticks. 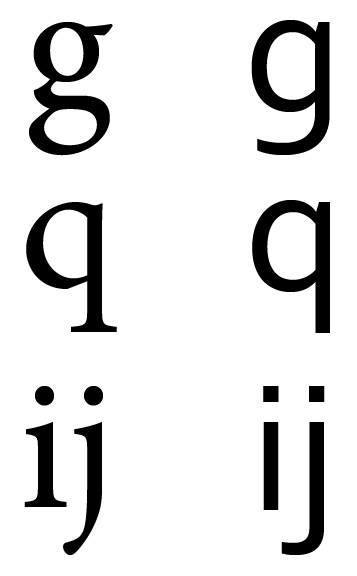 But they are talking about using this font in a long text, where Corbel can be a bit tiring for the eyes. While Minion offers a comprehensible and relaxed text/texture, Corbel, due to the shape of the characters and its characteristic of being a little expanded in its normal version, offers more of a stripy texture. In a 300-page book, the first option is much more relaxed. 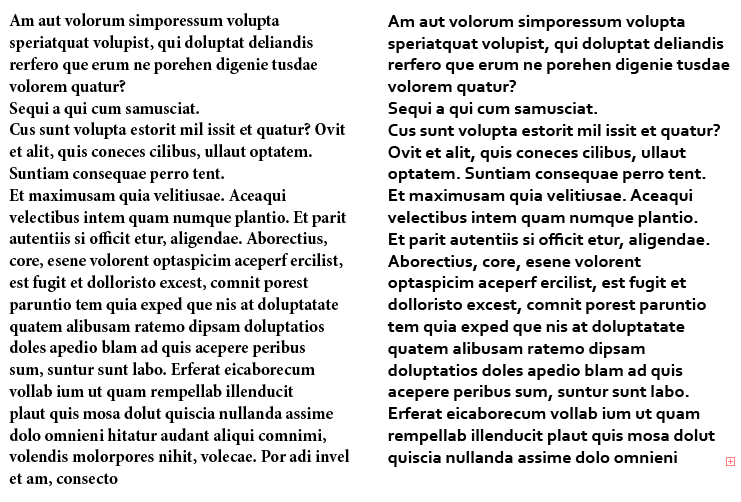 I do not think there is any mistake in choosing Corbel as a corporate font - will there be 300-page books?

What I would try to avoid: 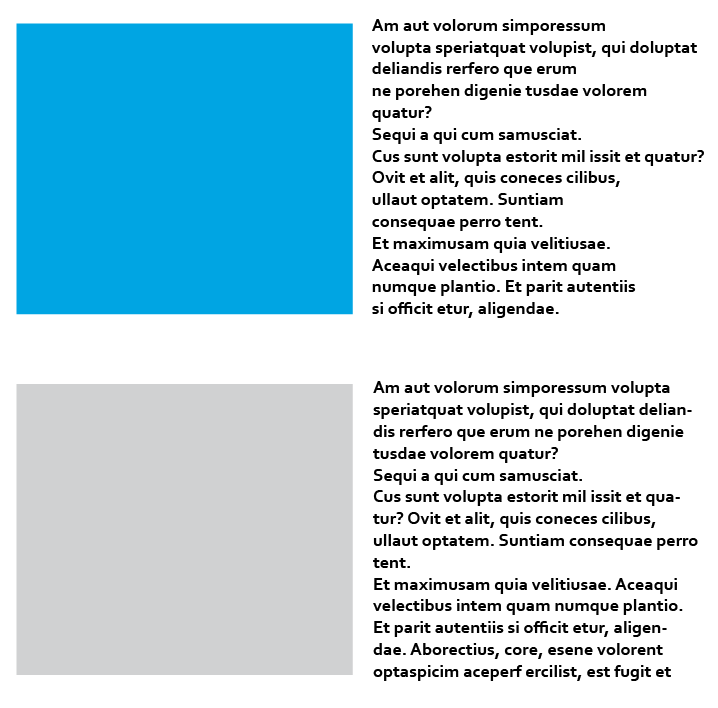 In response to the comment below, it's true, a comparison with another sans serif font would be fairer. In the list of ideal fonts, Helvetica appears as one of the best choices, even with an imperceptible stroke modulation.

Why Helvetica? There are many reasons: the construction, the optical arrangement of each character, but the most important in terms of legibility: the x height. In the image below, Minion Pro, Helvetica Regular and Corbel, all three with 60 pt height:

When in doubt I would advise you look for the origins of why a font was created. The link you provide actually states this as well.

Corbel is designed to give an uncluttered and clean appearance on screen.

The font was optimized/designed for on-screen reading and this is something you should take into account when making your choice (e.g. depending on the ratio of print/digital applications you will be using it for).

Concretely, what are the differences?

In this article, Strizver (2013) lists what is typically modified when designing a sans-serif for screen as opposed to print:

Fonts intended for use on the web are optimized and often modified to enhance readability and performance onscreen in a variety of digital environments. This can include:

All of these factors serve to improve character recognition and overall readability in the non-print environment, which can include the web, ebooks, ereaders, and mobile devices.

Major points are covered in Danielillo's answer. My opinion is similar but I have some notes and I'll make comparisons with some sans-serif fonts.
So in general there is nothing bad about "Corbel" - it's just not the most readable font out there, thus maybe not the right choice for a long text. Apart from being a sans-serif, following features play role here IMO.

"Corbel" has loose spacing and expanded proportions compared to some more readable fonts. Here is comparison with "Liberation Sans" font which has dense spacing and narrower glyphs.

So generally speaking, loose spacing is bad for readability.

Note: more spacing and wider proportions are not always bad. Namely a font with such features can be better readable at very small sizes. Consider downsampled example (same fonts as in the above sample):

The first structure remained slightly more comprehensible due to wider proportions and spacing, whereas the words in the Liberation sample became optically smudged.

I've noticed that Danielillo used the term "modulation" in his answer, though I was not aware of such term. I'm not sure if there are precise terms for such things.

So in general, fonts which have oversimplified strokes, i.e. strictly aligned and all of the same width, are considered bad for readability. It is hard to explain this effect with words, so simply put - some stroke 'play' and even some inaccuracy in stroke alignment helps to 'relax' the overall image structure and thus can reduce the eye-strain.

As an evidence example - I always remember the Comic Sans MS font. Despite it's childish design, many people find somewhat pleasing in it and this relates to the mentioned positive effect caused by such inaccuracies in strokes.

Compare with a very similar font which has slight stroke width 'play':

Well, IMO such digits are annoying. This note kind of contradicts with my 'play' theory, but it is just too much play here.

I don't think Corbel is at all terrible, but it looks clunky printed out.

It's designed to look very legible on a low-quality monitor at small size. But printout is higher-resolution than screen display and on paper the lower-case starts to look too big and too wide. It feels like there's not enough contrast between upper- and lower-case, and it feels clunky. (Compare with Seria Sans, which is also a fairly strict monoline sans-serif, but designed to be printed. There's a lot more contrast in character size.)

But what's far more important to take in mind here is that the font you use depends on use scenario. If you're talking about office documents, especially ones that are mostly never going to be printed out, then sure, Corbel is fine. If you're thinking about documents that need to be shared with someone else outside your organisation as an editable Word document, then Corbel is a great choice because it will display on their computer correctly. For non-important documents, like a volunteer timesheet, no problem. For a "premium", finished document, like a leaflet, brochure, funding proposal or whatever, that you are going to distribute in a non-editable format (printed or pdf), then of course you would be better off switching to a font that gives a more "premium" impression. But I'm not sure that this is what you're thinking of.

It's worth noting that Butterick, who worked as a type designer before training as a lawyer, is writing for a legal audience. Such organisations often will distribute documents that are not meant to be edited by the recipient and need to convey a "premium" feel. I'm not sure this is what you have in mind.

Not the answer you're looking for? Browse other questions tagged print-design fonts typography branding or ask your own question.

3
Should font choices for body text and headlines relate to the font used in the logotype?
0
Font Identification of Body Text
2
Body font pairing for FS Hackney
8
Handling non-standard fonts in corporate identity
7
How can I build up 'structured knowledge' of the space of significant font families?
8
Why have different font faces for title, text body and graphs in texts?
0
If good examples of small-caps in typography in article/body text exist
2
What reputable online resources are there for pairing a specific font?