I wrote a script that makes a design for a laser cutter. I want to optimize the layout to reduce waste and make the most of expensive Perspex material. I lay out the pieces so their bounding boxes have 2 mm distance from each other and fit within a 400x600mm sheet. This first picture shows the result of the script, which loses space in the tail of the cursive "j" and in between the "1"'s: 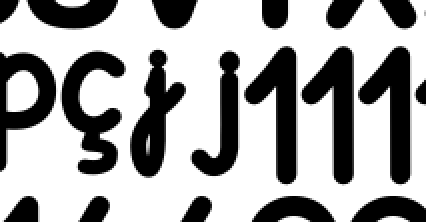 This next picture shows some manual optimization: I moved pieces left of the cursive "j" to the right and rotated and squeezed together the "1"'s. Notice how I was able to fit the full "p" and an extra "1" in the same space: 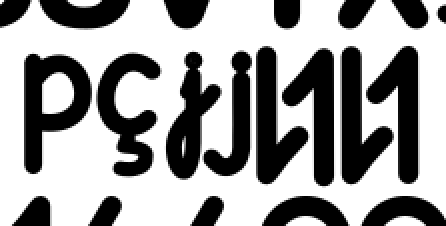 I imagine designing such an algorithm would be very involved, but does Inkscape or Illustrator have a way to do this automatically, e.g. "take these SVG's and fit as many as you can into a 400x600mm rectangle"?

Update (July 7, 2018): After the suggestions of @BillyKerr and @Testujin, I tried SVGnest.com. The website had several problems.

First, it ignores stroke width: compare the size of the 1's in the original SVG in the top panel below to their size in the bottom panel. It also changes the original beziergon: compare the "j" in cursive and script, the "a", and the "oe" (French letter) between top and bottom:

Second, the algorithm breaks apart compound paths, such as the outside of the "a" from its hole. The first picture below shows in Illustrator that the "a" is a single compound path, not a group. The second picture shows the result of SVGnest. 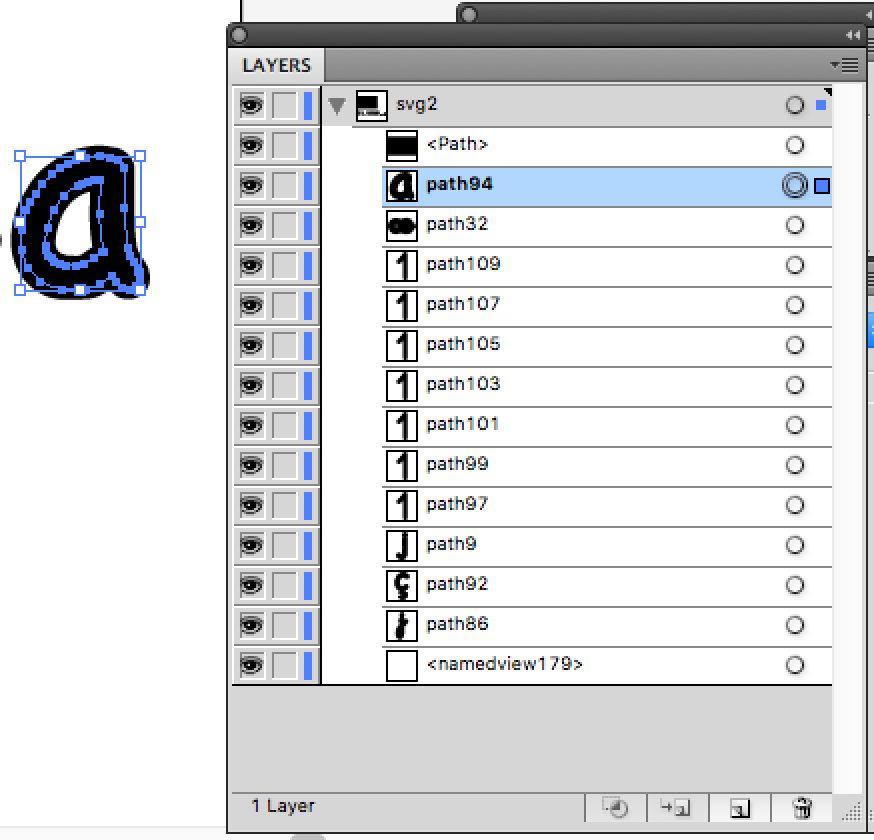 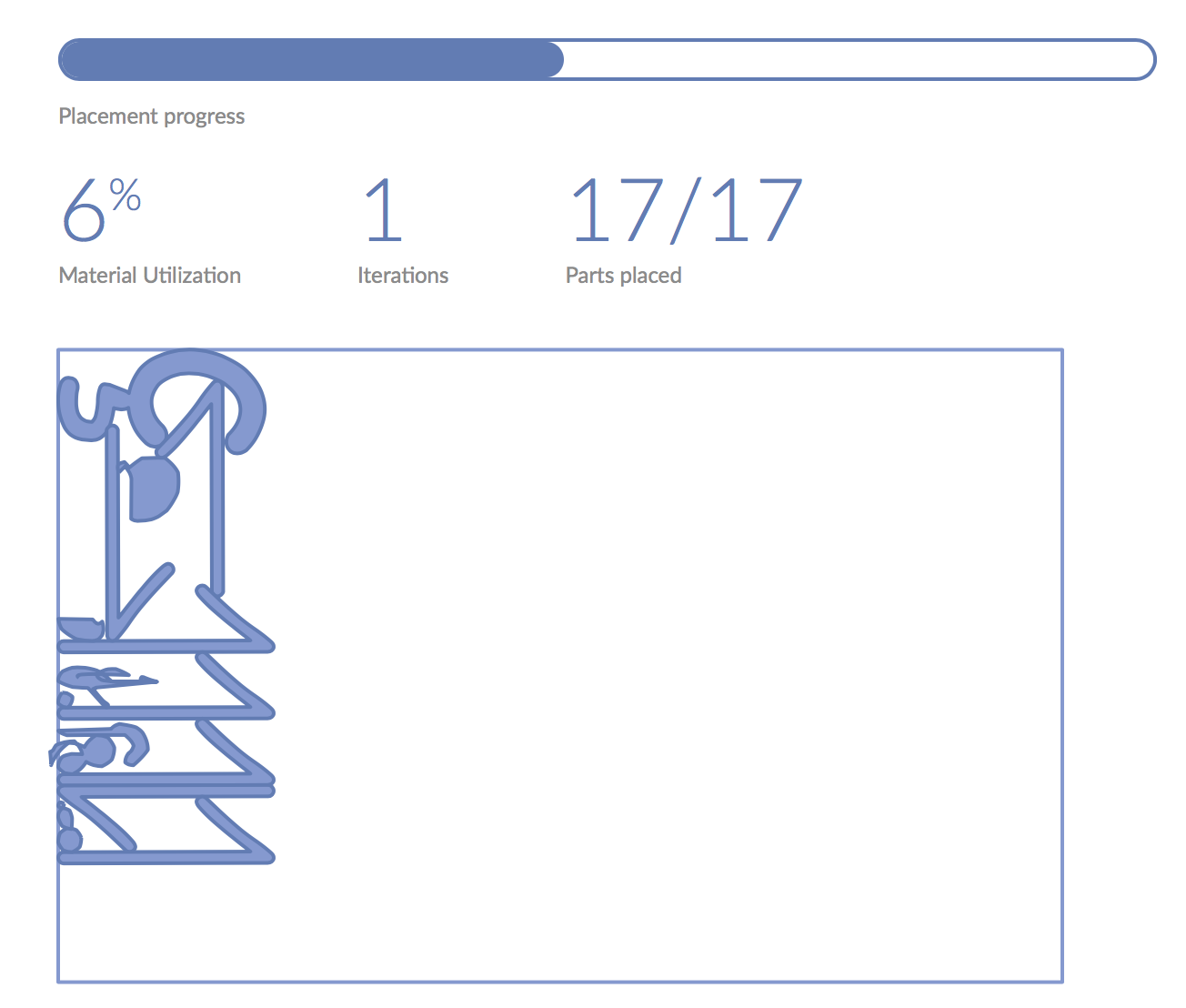 Third, the site runs JavaScript on the client: for a sheet of 400 x 600 mm acrylic with around 40 letters, it was taking 350% CPU with an estimate of over 30 minutes to complete.

A minor point is that the algorithm gets stuck when the material is too large for the objects. The status after 80 iterations was the same as after 1 iteration, with pieces all over: 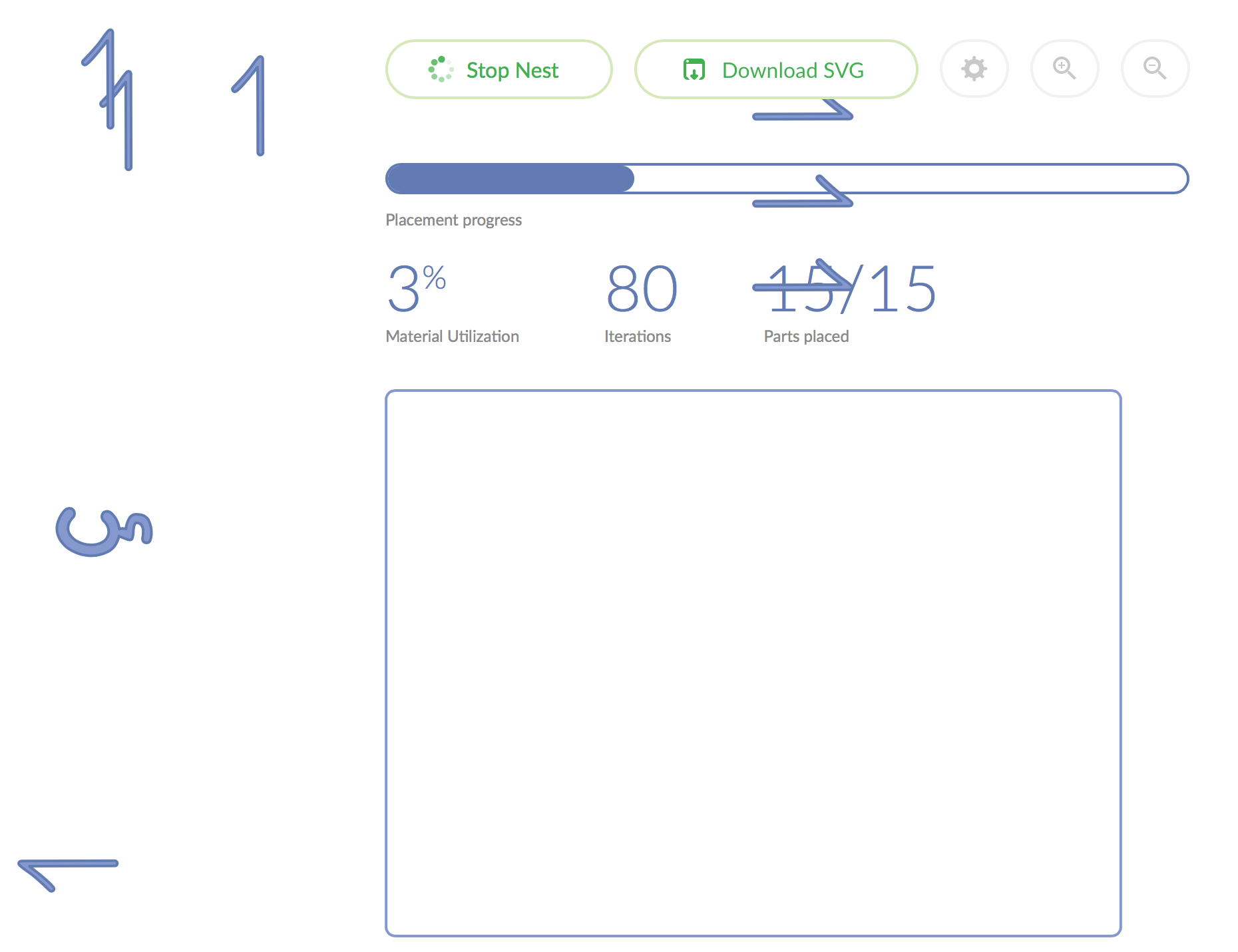 Your keyword is "nesting".

There is software available, free & paid, that will do the task for you.

I found this comparison - The Definitive Guide To Nesting Software For Laser Cut Designs - although it is also an advert for their own template service, it seems a reasonable rough guide, start-point.

It's not something I have great experience with, but I'd certainly give their freeware suggestion a try - SVGnest

SVGnest(dot)com should be enough to do the job, and it's free, although there may be scripts/extensions available for Illustrator/Inkscape. I have no affiliation with the SVGnest website.

Anyway, here's an example of what SVGnest can do. 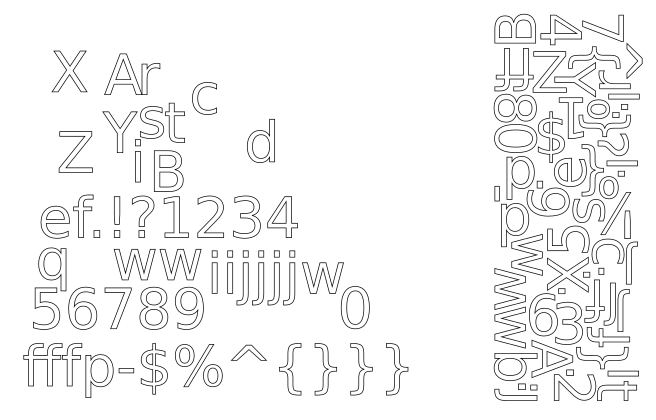 Not the answer you're looking for? Browse other questions tagged adobe-illustrator inkscape laser-cutting or ask your own question.

5
Illustrator: Scale all strokes in a document without touching object and pattern size?
0
distorted shapes and curves
0
AI - how to replace two anchor points with one?
1
Gaps between shapes when exporting from illustrator to photoshop
2
Repeat lines and expand the space between them
0
illustrator cs6 raster stroke issue
0
How can I distribute many rectangles inside a larger rectangle, minimizing empty space, without rotation?