After struggling with a different problem because I had never used Illustrator before, I finally managed to do all the shapes very closely to the originals in the destroyed image: 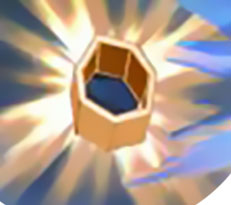 However, the question there extended for so long in the comments because Illustrator is, in my opinion, a devilishly confusing application (really!), that I totally forgot about the light explosion — that's an awful name, I know — behind/below the shapes. And some more important unrelated issues contributed to my hiatus in this matter as well.

All the four instances of the shape above have different sizes and are in different positions/rotations, and that has been taken care of with Illustrator. Here, my version of a different instance: 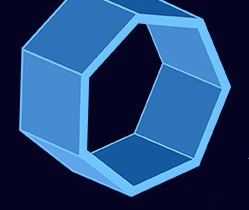 But, in general, the light effects are pretty much the same, just varying in size to follow their main shape's dimensions.

If these shapes can actually emit light it would be a bonus, but not necessarily a must. The first, for example, emits light from the bottom which illuminates the surfaces of the character's arm right below it, but because it's a concept art, that light has been made manually and thus it is disproportional, distorted, out of position, with wrong colours...

How could I do that? I'd prefer with Photoshop, but if Illustrator is required again, I'll try

I would use Photoshop for this. The explosion graphic doesn't look like a vector graphic, and so raster image editing software would be better in my opinion.

Draw something like this with a brush on a new layer above a blue background, sampling the colours from your original. No need to fuss too much at this point, the painting can be quite rough. Use a pastel-like brush - something with some texture in it. 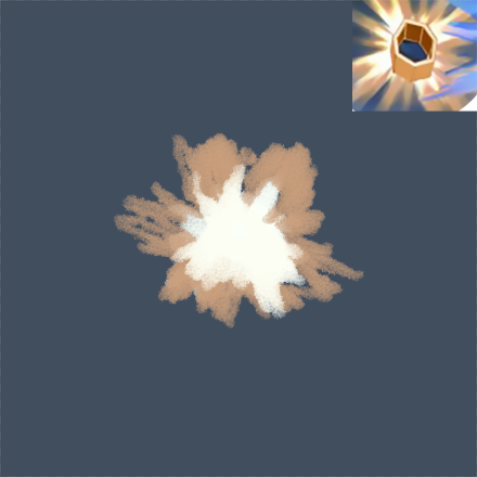 Then apply a radial blur filter to the painted layer - set the blur to "zoom". Repeat a couple of times until the blurred lines are long enough. 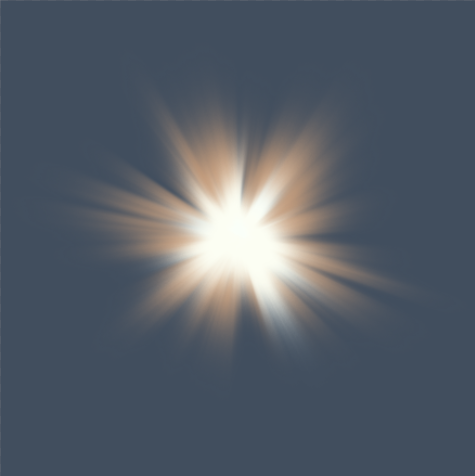 3
Exporting without anti-aliasing on outside?
2
Ugly edges around shapes in Illustrator
5
Photoshop: why won't layer styles render correctly?
2
In Illustrator, how do I make paths transparent below fills?
2
Issues with inaccurate snapping and line weights
1
Gaps between shapes when exporting from illustrator to photoshop
2
How can I define one path for multiple shapes from either side of it in Illustrator?
0
Keep Illustrator Path Divide Below from Closing Lines
2
Pseudo-3D Geometric Forms
0
How to use clipping mask on complex objects in illustrator?