How can I distort an image to wrap around a sphere with no pinching?

I already made an image which I want to wrap around a sphere. However, I know if I were to try this, the top and bottom of the sphere would look like they are pinched.

I want to distort the image in a way so that it doesn't look pinched when wrapped around a sphere.

To clarify, I do NOT want to unwrap the sphere, I want to distort the image like the one below has been. I want to know how to do this to any image with no specific size or ratio. 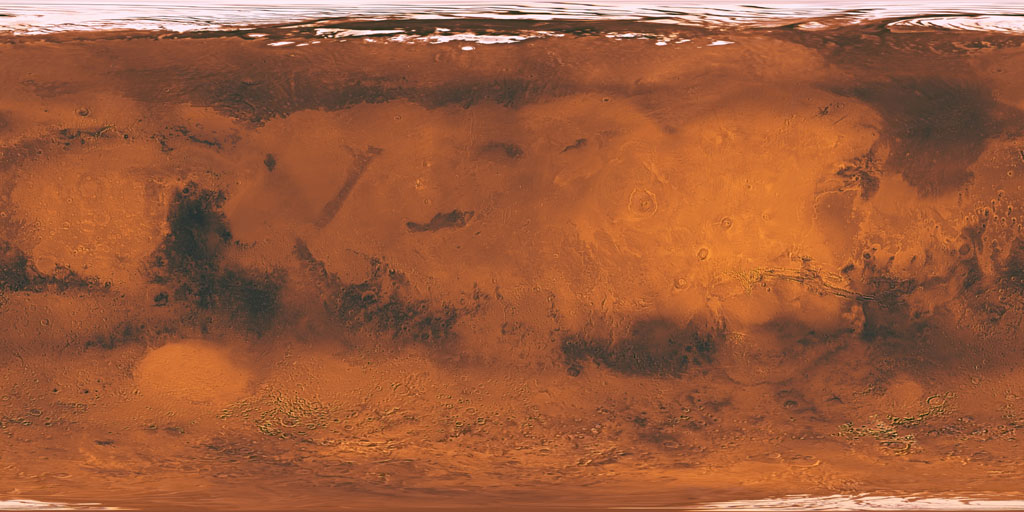 Edit for Billy: The image I posted above has the desired effect which I want, it is not the image that I want to be wrapped around a sphere.

Here is what I mean using the Earth instead of Mars.

Below is what I want the final product to look like. 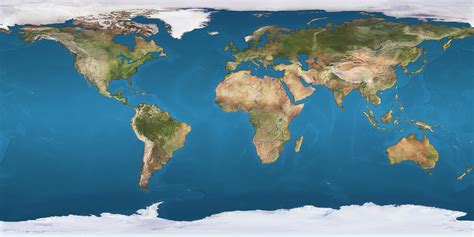 Below is what my image would look like in comparison (this is not my image). 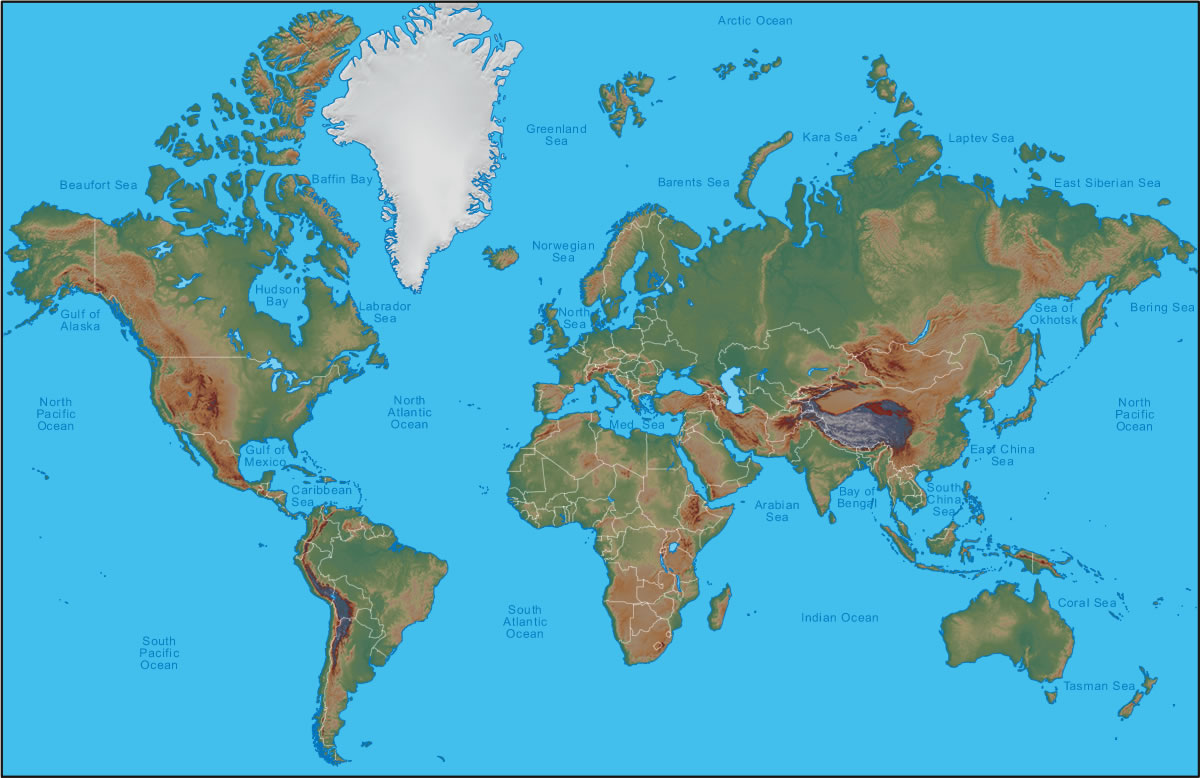 See how the top of the first image looks stretched compared to the top image? That stretching is what I want it to have. That way, when the texture is placed on a sphere, the top and the bottom don't look pinched. 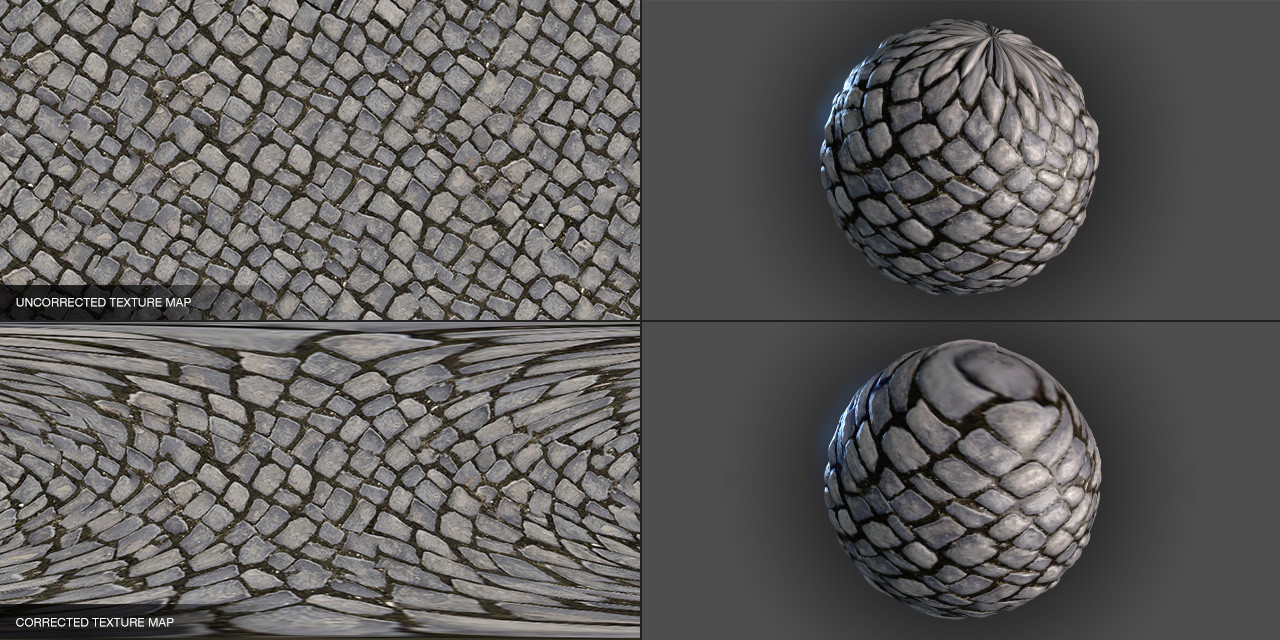 It doesn't look like it was done perfectly, but I hope it gets the idea across.

What you're looking for are polar coordinates. In Photoshop that's in the Filter → Distort menu. A Paint.Net plugin that looks like it does it is here.

Billy mentioned this link, which explains it pretty well, even though it's old.

You'll need to know how to stitch an image together to make it tileable. (personally, I like to take a copy of the center of the image, feather the edges, and place it over both sides so that it repeats, then erase bits here and there to make it look seamless).

Then, use the filter to go rectangle to polar. You'll see the crazy pinch in the middle of your screen, fix it the same way you fixed your image to be tileable. Then use the opposite filter, Polar to Rectangle. After that, you'll see the distortion you're looking for on the top. To fix the bottom, rotate the image 180deg (or flip it) and do it again.

And then you're done!

You will probably need to start over. The image will need to have, essentially, a different scale factor for every pixel row, and the scale factor increases parabolically as you move from the equator.

It is a non-trivial subject and you will need to read up on Mercator projection if you want to approximate it by hand.

The Wikipedia entry has some good visual aids that highlight how scale factor increases by distance.

You will need to account for this in your manual render.

As a possible algorithm to fake it with an existing image, starting from the center:

Laborious, but it may help you visualize how the scale works in the image you provided.

This is not a trivial task. In my opinion, the distortion cannot be generated properly by hand.

It is a projection distortion. And there are different kinds of distortions to be projected on a sphere.

Mainly, a cylindrical, spherical and cubical.

I would use a panorama stitcher like Hugin http://hugin.sourceforge.net/ to stitch different patterns.

5
Creating a cocoon-like spun texture
3
How can I create a stretchable / scalable button texture with uneven edges?
3
Specific problem in texturing of a realistic 3d earth model
20
How to create a map in Photoshop with hills?
3
Fade out / Transparency in Photoshop
1
how do I stop perspectival alterations to Distort function in photoshop
6
How do I make a vector dotted ribbon?