Is there a font that has the same height for every character?

It occured to me that in all fonts I know of, different characters have a different height. Why is this so? Are there fonts where all characters have the same height? If so, is there a name for this class of fonts?

Of course it is understandable that a letter like Q needs to go below the baseline, such that it lines up well with other characters like O. 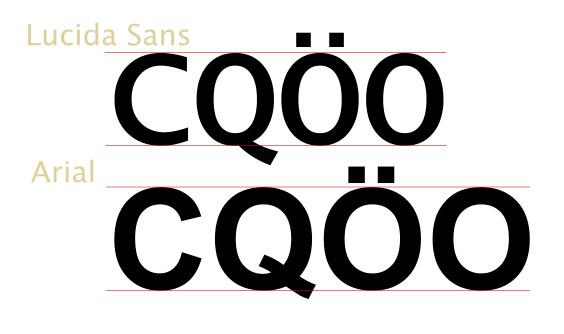 Still, is there a font where no character exceeds the baseline?

Second case, and this one is actually more interesting for me, it seems that letters like I, T etc are in general shorter than "rounder" letters like C or O. 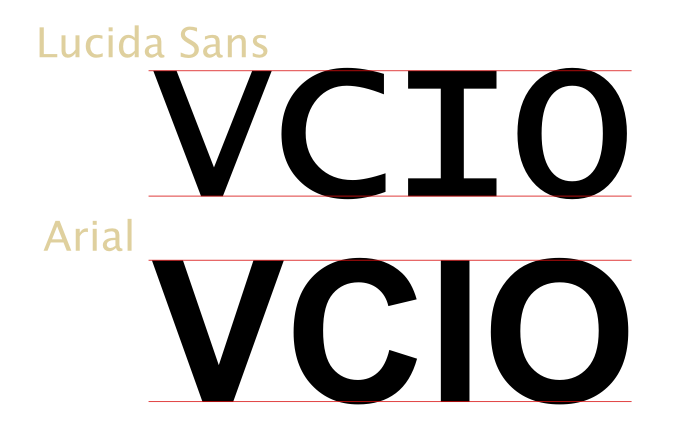 The rounder letters only overshoot the baseline by a few percent, but still this is quite annoying in certain cases; so I would like to know the reason for this, as well as any possible workaround, best of course a reference to a font where this does not occur, but also any explanation of this phenomenon.

The construction of fonts changed after the 50s with the Swiss International Typographic Style.

The International Typographic Style has had profound influence on graphic design as a part of the modernist movement, impacting many design-related fields including architecture and art. It emphasizes cleanness, readability, and objectivity.

Many of the early International Typographic Style works featured typography as a primary design element in addition to its use in text, and it is for this that the style is named.

If hand-made typography was the first design, and letters constructed on a grid appeared in the 18th century, then the 20th century and particularly the Swiss Style brought photographic reproduction as a crucial element for the design of its typography. Making giant photographic copies of each character, they could more easily find all the optical elements to modify to improve their designs.

But there are many optical rules: it's difficult to list them all, but just talking about the simple capital E:

This happens with every character of the typefaces designed at this time like Helvetica, Frutiger and Univers, and from there all the classic fonts were redesigned, or rather restructured.

Knowing this, with the exception of some more current designs, all the original fonts designed prior to this time - the beginning of the 20th century or before, do not have optical adjustments. As an example, the Art Deco Style Fonts:

In the 90s there was a movement in architecture, cinema, fashion, advertising and industrial design that defied all the established rules: Deconstructivism. In graphic design it was called Trash Design and one of its great challenges was to destroy all of optical typography's arrangements or at least create fonts with no such rules. The main exhibitors of those fonts were the magazines Emigre, Mondo2000 and RayGun. Although they seem very casual design typographies, they are classics today.

A special trick to find fonts without x-height difference is to look for fonts with rounded caps strokes: 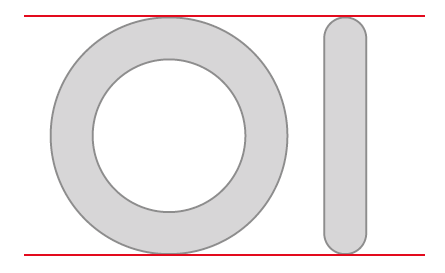 Fonts whose lowercase design relies strongly on a structure with a double horizontal parallel axis:

Or with orthogonal modular structure:

The classic Data 70 via myfonts.com

Creating fonts with the same height for all the characters means eliminating the ascender and descender strokes and matching cap height and x-height. This makes it difficult to find specimens with differentiation between upper and lower case letters. There are a few exceptions:

Capitals with curves are designed slightly larger than the other letters to counteract an optical illusion, which otherwise would make those letters look too small, even though in reality they wouldn't be.

Here is an example. The top image is the original unaltered font. The bottom I have altered to make the top and bottom of the C match the letters A and E exactly. 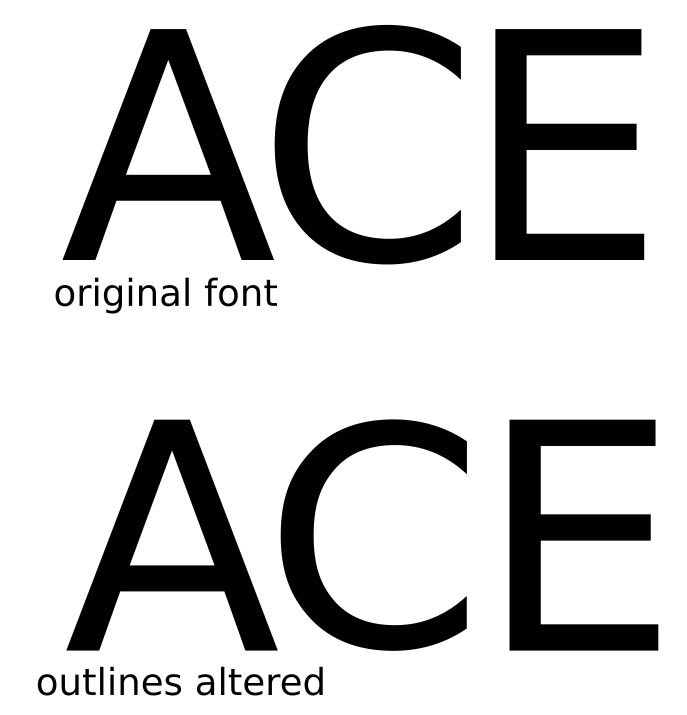 You may be able to find a font which has been designed that way, however it wouldn't be a good design if the letters look wonky (even though they aren't).

Q: Why is this so?
A: Every character within a font is unique for readability. We must be able to differentiate one from the other to form readable combinations (words) that coincide with a unique meaning for each combination.

Our desire for continuity and uniformity is satisfied by the optical appearance of a font's component characters.

Q: Are there fonts where all characters have the same height?
A: Of course.

The appearance of some kinds of lettering must be compromised metrically to comply with practical physical display restrictions. While not classified as high-quality fonts, their applications are specialized; but, they are often used for novelty applications in advertising and such. Their readability is high for their designed use while their legibility is moderate.

Q: Is there a name for this class of fonts?
A: There are various ones. They fall into the Novelty classification:

Punch or impact (DYMO™) lettering has a fixed height for all glyphs. 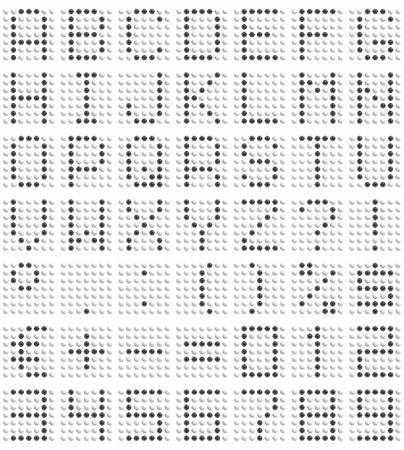 Early Laser Diode thermal printers burned a fixed-height readout into receipts. This is based on a 6x8 grid. 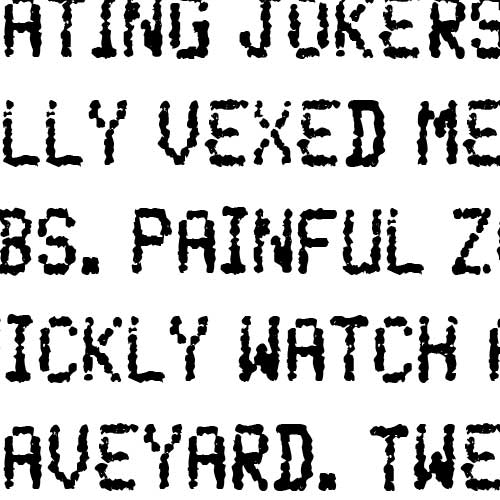 Any Chinese font would be the answer and I'm typing this to meet the minimum character requirement.

You may be interested in seeing this image, which shows a digital font in traditional style which I believe was intentionally drawn with almost no overshoot. (It's based on a historical model.) Notice how in words like 'homme' or 'envie', where you have a round letter or 'v' sandwiched by straight verticals, that letter looks like it's floating above the baseline. 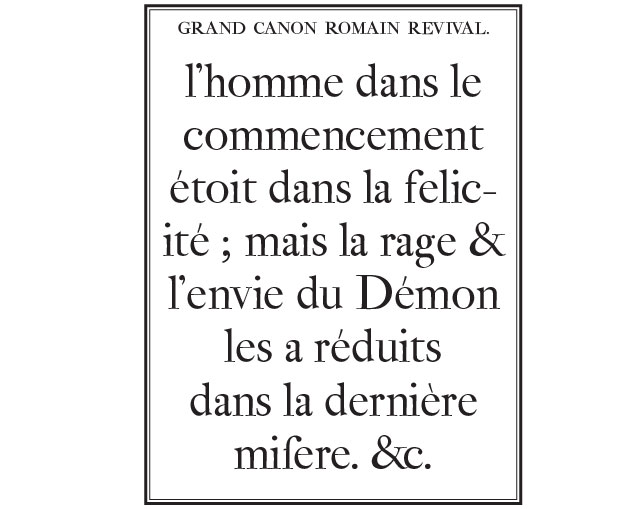 Not the answer you're looking for? Browse other questions tagged fonts font-recommendation typefaces typesetting type-theory or ask your own question.

0
How to make different letters same height in Photoshop CC

12
Name for type that has the same width and height
1
What font has no descent? or How remove the descender of individual characters?
0
What is the standard proportion of a font's descent?
2
Are there monospaced fonts with the same pixel width for regular, bold, italic, and bold/italic?
4
Is there a term for adjusting the spacing between WORDS for a font (not letters)?
6
What is an expert set in the fonts field?
2
What is the best way to find an alternative monospace font for a non-monospace font that has the same look and feel?
0
Is there a font family that contains all characters listed on the groff_char page?
17
Why don't any common typefaces use ascenders or descenders on capital letters (except Q and sometimes J), even though they make text easier to read?