How can I improve this magazine page layout?

I am an amateur graphic designer. Me and my friend are working on a Japanese-English bilingual magazine for our University.

Can I get some feedback on how to improve the design of this page? 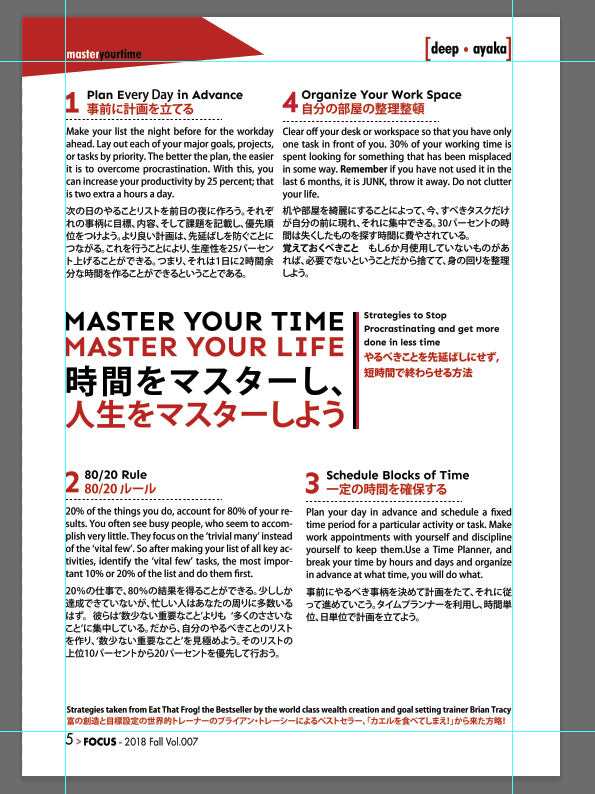 It does not look that bad, but there are some things that could be improved. Basically there's a lack of unity.

Does this particular directionality respond to any different rule than the western sense of reading? Due to the proximity of the text blocks, the reading corresponds to the right version at the image below, the western logic, but the blocks number order does not. 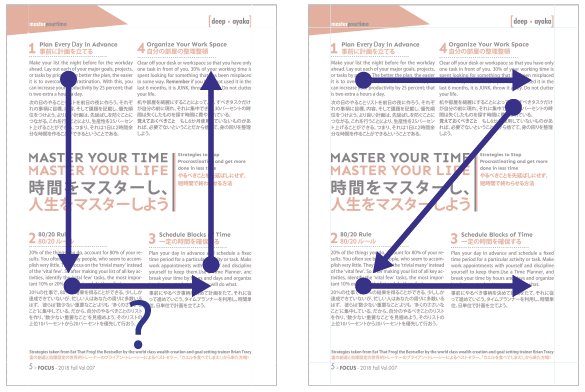 The text body has four different horizontal margins sizes, the yellow marks. There should be some balance, at least equal the two central. 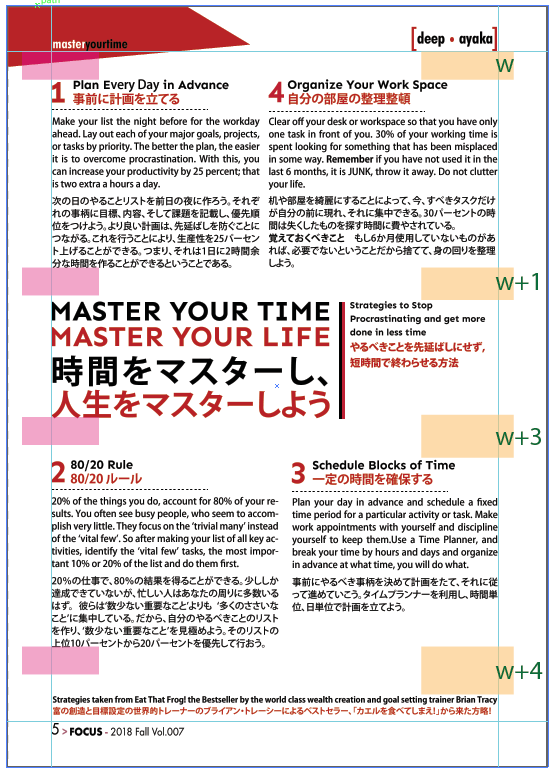 There are seven different types of graphics whose only common point is color; otherwise, excepting the typographic characters, they are all of different formal types. In my opinion there are already too many glyphs with both languages to add one more new alphabet to the design [ ] • - ---- > ] • ---- [ >. It would be interesting to choose one of the following three options:

The dashed lines are not aligned.

It is not so problematic, but is there a reason that columns 2 and 3 have different width with respect to 1 and 4? I don't think it's the amount of text because there is enough space to get all the columns with the same width. If we divide the layout into three main parts, none has the same base structure, visually there's an irregular vertical stagger. 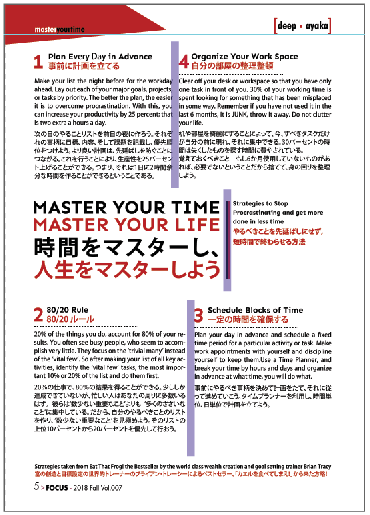 I don't know if there are optical rules when combining Latin text with Japanese text, but in the design the Japanese characters are too big in comparison and visually they seem to have more relevance.

In addition to the texts in both languages, in the Latin there are at least three different Sans Serif Fonts (see the lowercase "a"). Possible unification: all titles the same font, all text the same font. Avoid mixing similar sized fonts with glyphs of different structure in the same characters

If I could make one suggestion for improving your layout, it would be to improve the Alignment now lacking in your layout (Vertical and Horizontal). No two (or more) page elements align with another.

Vertically, the challenge is that the length of the text is not the same; so, some variation can be forgiven for paragraph lengths so long as the beginnings and text block otherwise align.

Not bad, overall, for a very challenging multi-language layout.

Here's a suggestion, however it's more of an opinion, and opinions will vary.

The text blocks should line up. Also, for text written with Latin characters, which reads from left to right, the number order is just too weird. This may be an irreconcilable problem if the current numbering order works in Japanese characters, but not in Latin characters. I don't know enough about Japanese to know if this is the case or not.

Here's a rough fix, I'm sure you get the general idea. 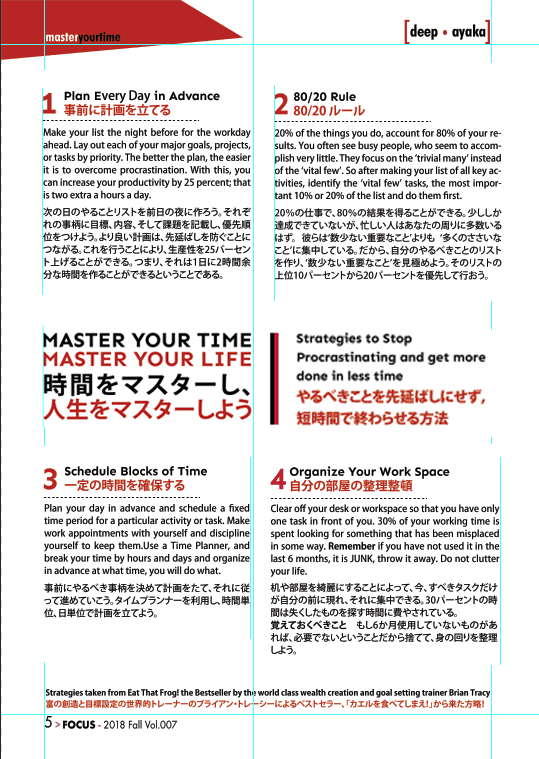 Not the answer you're looking for? Browse other questions tagged adobe-photoshop adobe-illustrator page-layout critique japanese or ask your own question.