I've inherited a design from a previous designer which utilises a grayscale image which is placed in InDesign as grayscale then coloured as cyan and the container coloured as yellow (0,10,100,0). What it produces seemingly uses cyan as black and yellow as white. As you can see here: 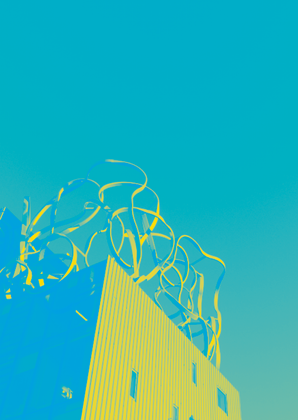 The closest I've got is two layers of monotone with multiply effect. The colours are inverted. It's pretty close but not exactly the same. 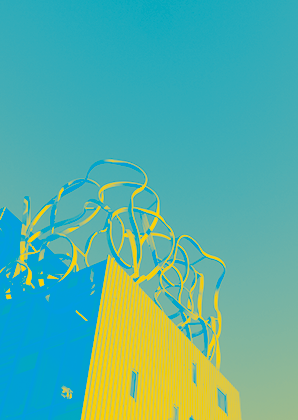 I would do all the images in indesign if I could except the client has asked for photoshop droplets so that they can chose their images at a later date.

Thanks for having a look guys.

It is possible to reach that result from Duotone by modifying the Levels Curve of each ink. 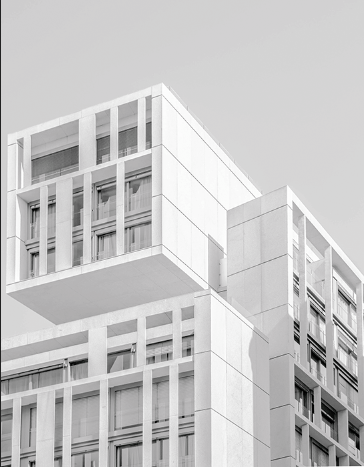 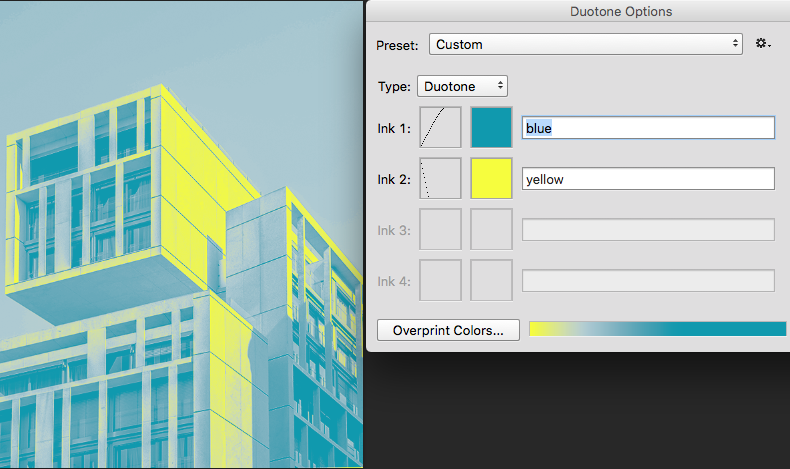 Click on the cyan ink levels graph to modify midtones and shadows levels, on the example 100% of cyan ink at the position 60 (midtones) and 100 (shadows) of levels curve and 0% at 0 (highlights): 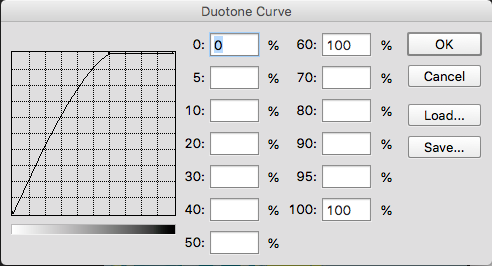 Click on the yellow ink levels graph to modify highlights levels, on the example 100% of yellow ink at the position 0/10 (highlights) and 0% from the position 20 to 100 (midtones and shadows): 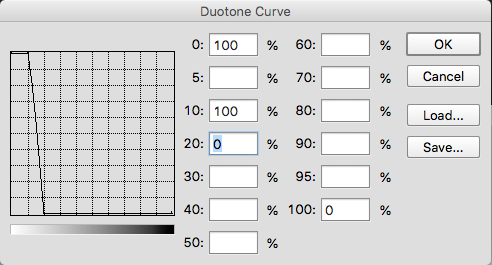 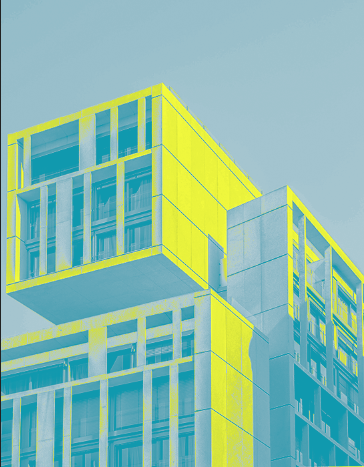 Another way to do this, essentially the same way that inDesign does it: a color overlay with the greyscale image as a mask.

Below I made two layers, each flood-filled black. I added a color overlay to each layer with the color chosen being the desired swatch color.

I then added a layer mask to the top layer, switched to the channels palette and then pasted the greyscale image into the layer mask channel. 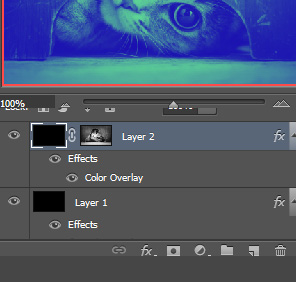 To replicate the effect exactly, you're very close. This is the procedure I came up with to mimic the InDesign results.

Assuming you are working on a grayscale image:

This could be recorded into an action fairly easily so you can batch process all the images.

Not the answer you're looking for? Browse other questions tagged adobe-photoshop adobe-indesign duotone or ask your own question.

2
How can I create scalable half tone patterns for images in Adobe Indesign?
1
Color values change between Illustrator and InDesign
2
Making InDesign recognise image paths to network drives when importing XML
1
Prepare image as overlay
3
Replicate alpha channel in Photoshop
5
Working with duotone image mode in Photoshop and Indesign
1
Making a two-tone object in Indesign
5
Is it okay to extend graphics beyond bleed just a bit?
2
In Photoshop, how can I replicate the color tone (sepia) from one photo to another?