How do you set Resolution DPI for an SVG Vector Image when you open it in Affinity Photo?

I opened in Affinity Photo a SVG, which I had just drawn in Inkscape for another case in GDSE. Affinity P really didn't ask anything. The SVG opened as vector image, nothing was rasterized. There was no need for asking DPI.

Gradients, curves, blur effects, texts - everything was editable like in Inkscape. Text font was replaced, but text wasn't rasterized nor outlined. Only the arrowhead at the end of a curve was lost. Maybe arrowheads are some specialities of Inkscape. 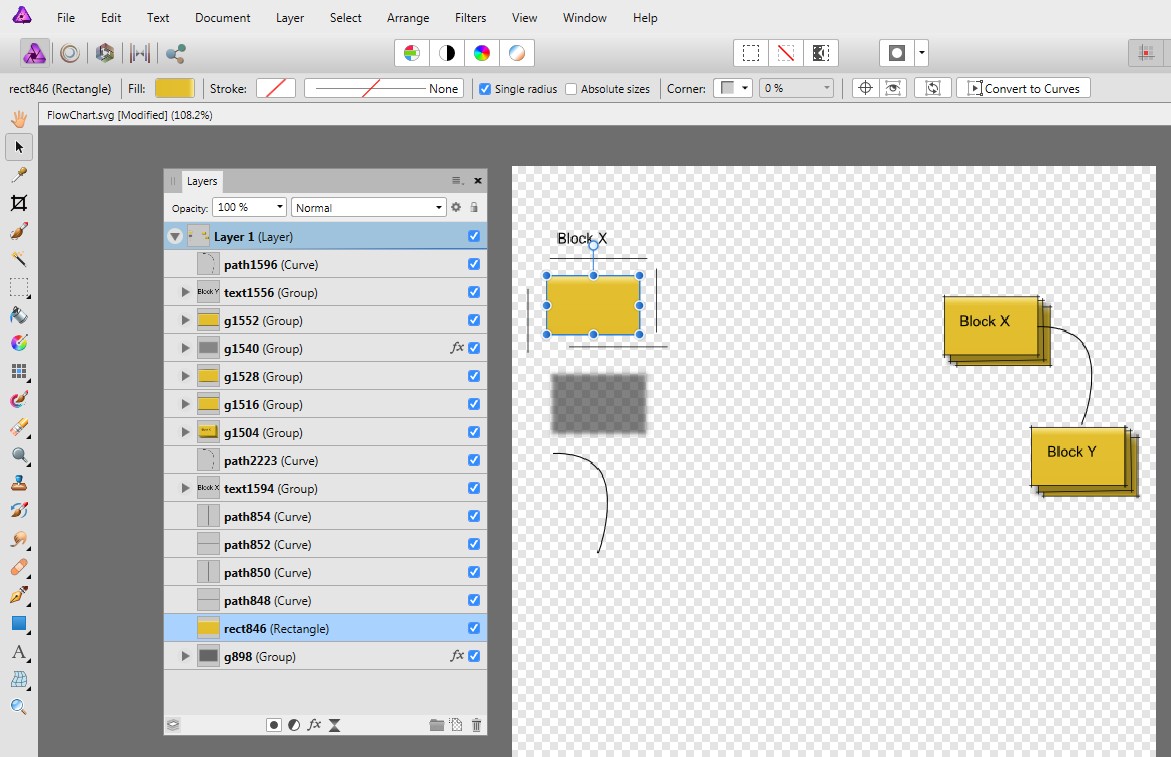 Affinity P asks DPI when one wants to export as SVG. Blurs at least are rasterized and surely all effects which are not known in SVG. I did the export and opened the result in Inkscape. Blurred vector shape was replaced by a raster image and the font in texts was a substitute.

Of course DPI is asked, when you want your image to have new raster parts or you want to rasterize vectors.

Affinity Designer surely has more tools for working with imported SVGs. Affinity Photo is made for raster images, its vector edit tool set is very basic.

Not the answer you're looking for? Browse other questions tagged vector svg or ask your own question.

3
Why is my text messed up when converting a PDF to SVG?
22
When should I use SVG or SVGZ for my web graphics?
1
How to create a vector (SVG) with XML Code?
35
Image looks embossed when converted to SVG
0
Design a map for a 3d game similar to Discord's style in SVG with Affinity Designer
0
Best Format for image for touchscreen (1920 x 1080 resolution)
1
How to achieve vector look on flowers from a photo?