Unnecessary lines after aplying 3D effects in Illustrator - how to get rid of them?

After applying 3D effects I have now many extra lines. I want to leave only the contour lines and delete the rest. I've tried pathfinder options but no luck. 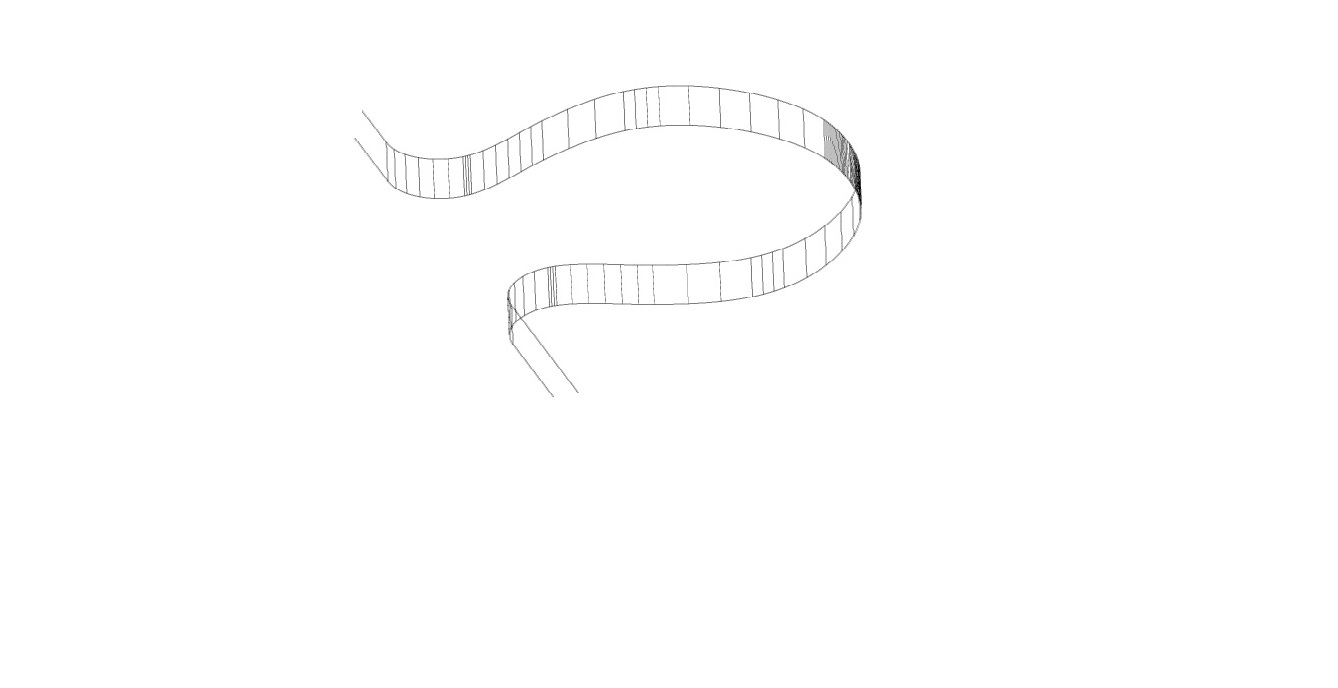 Illustator makes the extrusion in a way that the result is splintered. There's a seam (=a line in the wireframe) at least at every anchor point of your curve. Unfortunately there are many more, the process cannot be controlled via user interface.

If you want to get rid of the lines which point to the extrusion direction, you can simply forget the 3D effect and draw it in 2D. The needed watching projection can be achieved with effect Distort & Transform > Free distort. Make a shifted copy and add those lines that you want between the curves. An example:

Expand the appearance (it's in Object menu) after applying Free Distort. Otherwise it's very difficult to place the parts because the original curve rules.

If you add some lines between the curves, they snap easily only between anchor points. So, add anchor points before making a copy.

You can achieve arbitary perspective if you distort both curves separately or scale another of the curves after distortion. You can use 3D effect extrusion version as your model.

It's possible to remove the extrusion lines from the extruded wireframe. You must

The original strokes at the ends of the extrusion are closed curves, which are not splintered. They can be selected and locked. By selecting all after it you can delete nearly all unwanted objects:

You can split the closed curves and get usable single strokes. 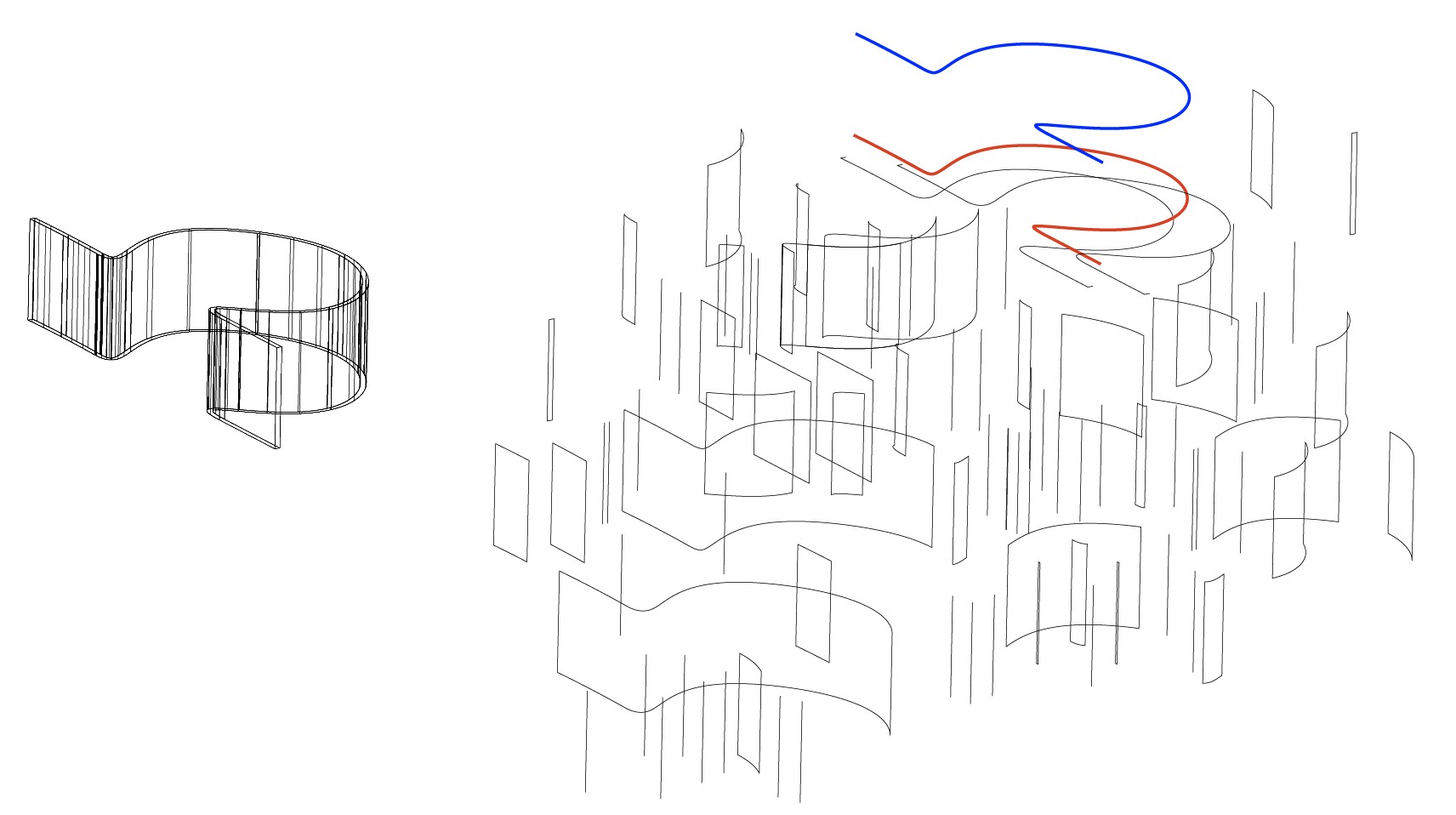 ADD due a comment: Freeware CAD (=DesignSpark Mechanical) makes easily wireframes where hidden lines are removed. It can be taken for edits to Illustrator as PDF print. 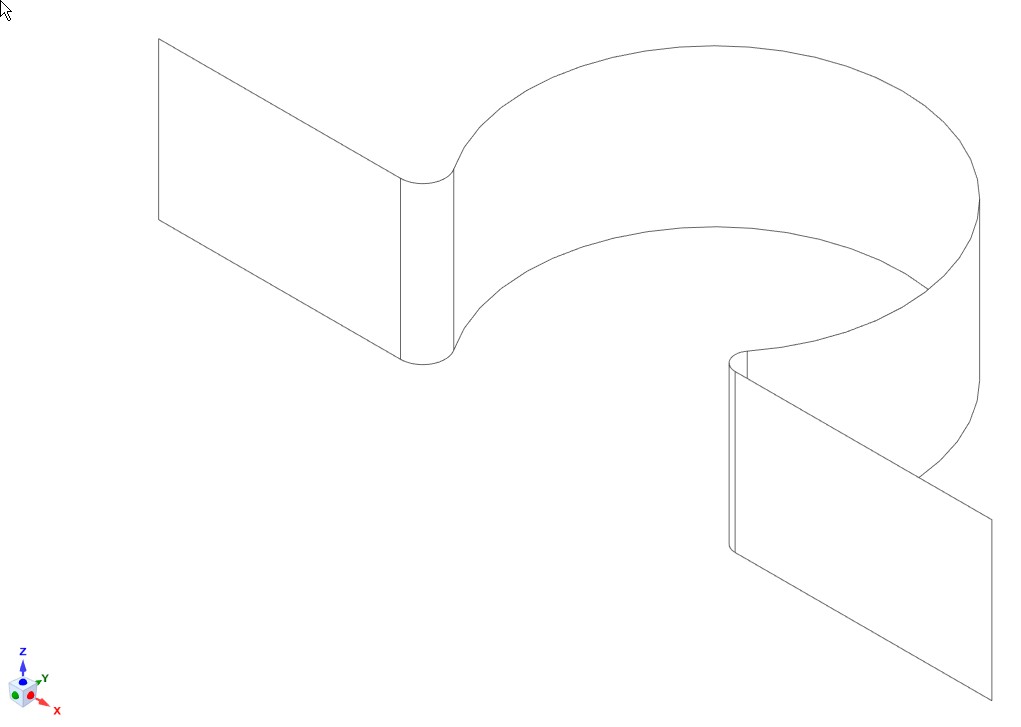 There's seams just where the extruded curve had joints line - curve - another curve. The curves are circular arcs. If the drawing was a single spline, there would be no seams. 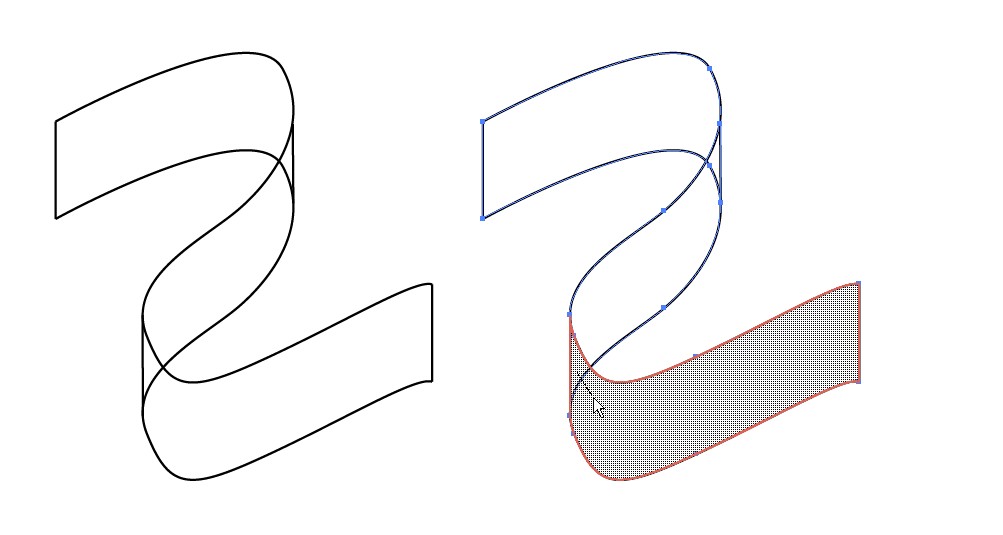 In the left there's a wireframe and one wants to remove the hidden lines. In the right the whole shape is selected and one just drags with the shape builder tool over a line which should vanish. The result and the second line under the work: 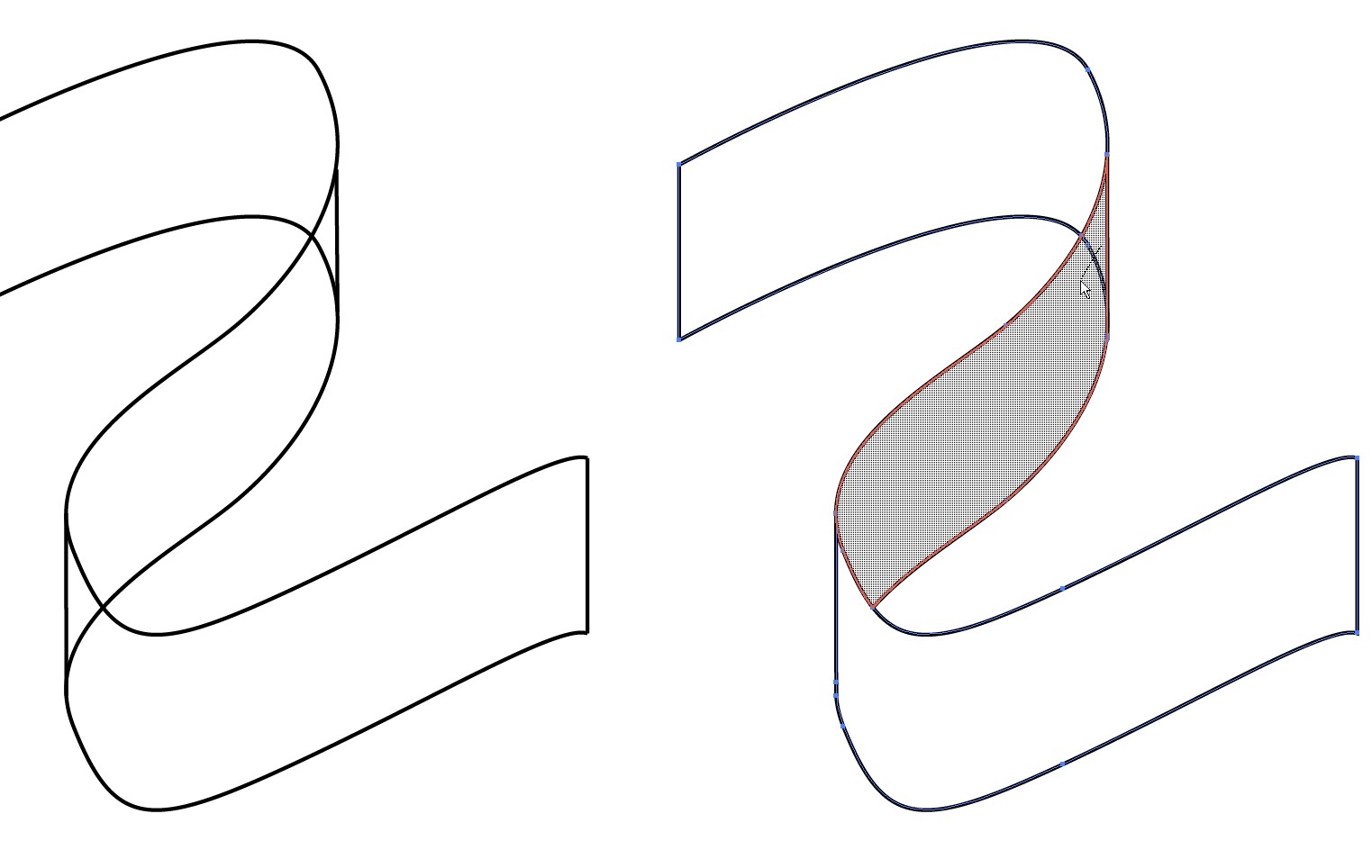 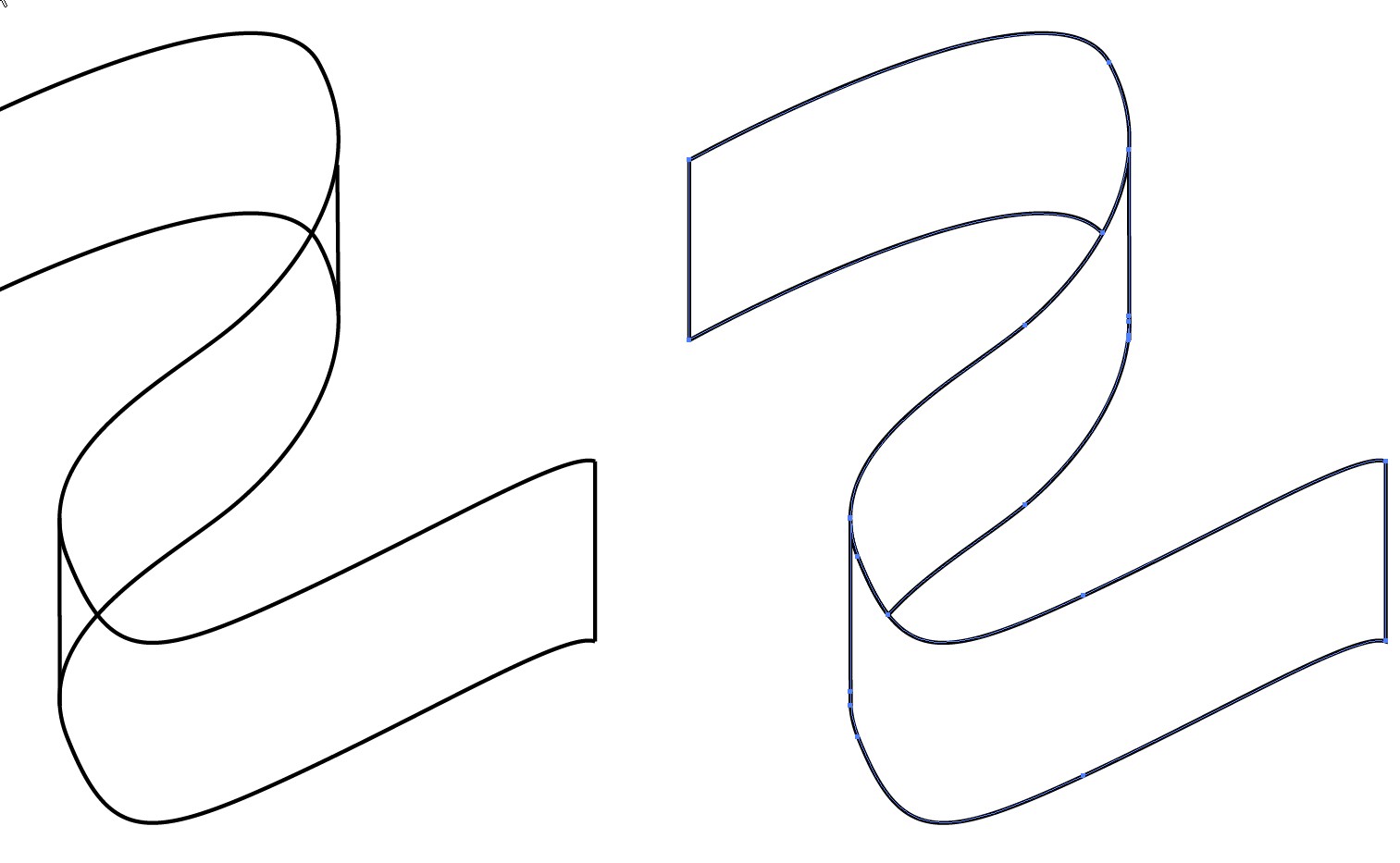 Before using the shape builder one must set the forthcoming stroke and fill of the new closed shapes. The original curves vanish, so make spares if you need them.

Closed shapes have an advantage: You can color them as you like. 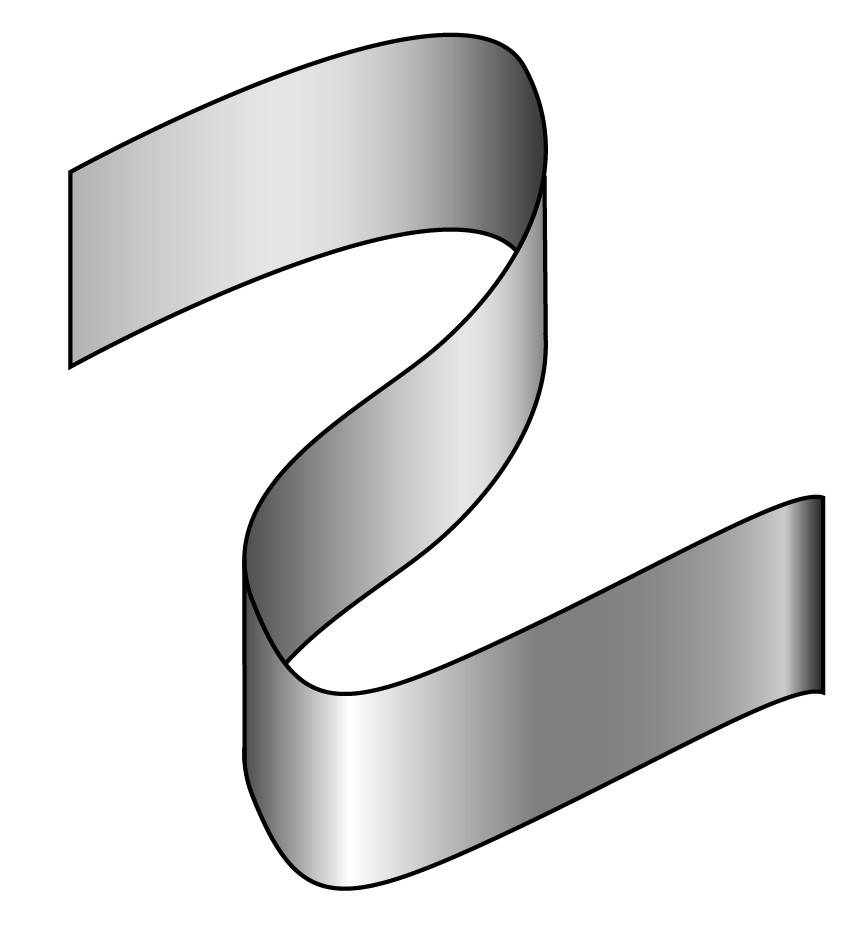 Of course a shaded extrusion also can have a good color and it comes with very low effort, but it is not allways as wanted.

Not the answer you're looking for? Browse other questions tagged adobe-illustrator 3d or ask your own question.

3
Illustrator CS5 (Mac) Pathfinder Tool Messing up Paths
6
There Must Be A Way: Trimming Groups Of Lines To Fit Complex Shape - Illustrator
3
White Lines (Not Strokes) Appearing between shapes after using Pathfinder tool. How do I get rid of them?
4
Illustrator CC: how to join lines without closing?
2
Use Illustrator 3D rotation in After Effects
1
How do I join these two faces together, making the lines between them disappear?
1
Remove line from shape
1
Illustrator: How to trim lines in a circle?
0
Trim Extraneous Lines in Illustrator
0
Illustrator: Extra anchor points after divide 2 objects - unnecessary extra objects