is there something inherently special to non photo blue pencils?

Recently I was at my university campus store and stumbled upon a sky blue pencil that was labelled "non-photo blue".

I thought to myself that it seemed like any other crayola sky blue pencil, as you see below 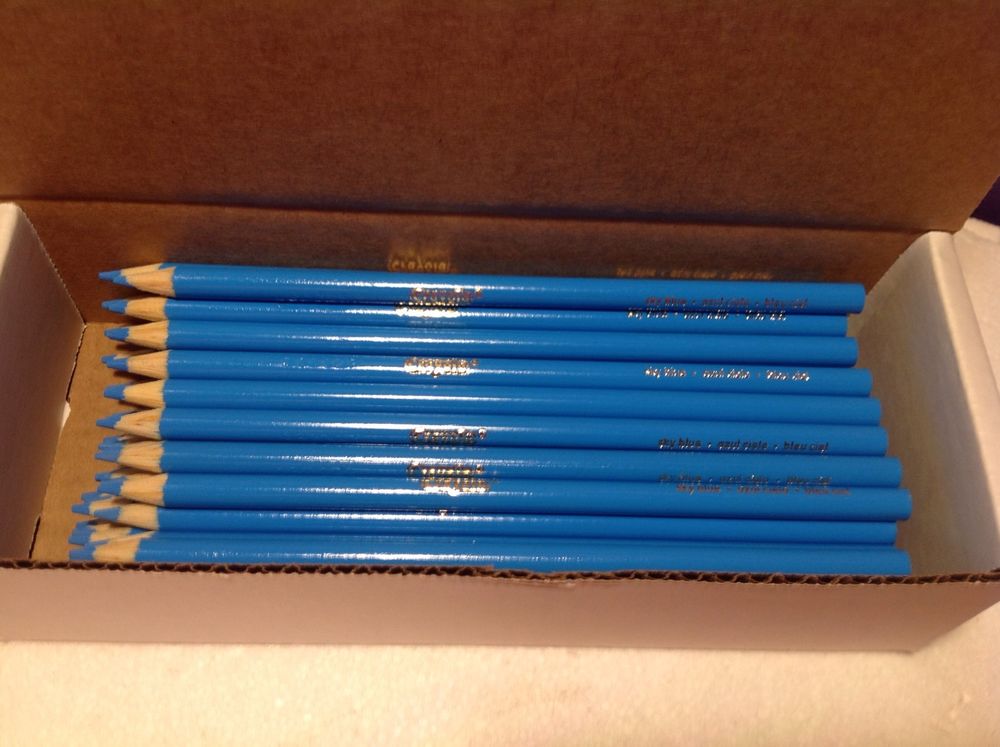 To photoshop, any color distinct enough from other colors can easily be filtered out with either color select, and with good enough understanding of how the color you don't want to show, you can have a program to just filter it out pixel by pixel.

Is there anything inherently special to pencils sold as non-photo blue that makes them different from any other "pantone process cyan" colored pencil?

Non-Repro Blue, Copy-Not, Non-Photo blue referred to their inability to be reproduced by Ortho-chromatic copy film. It shows clearly with Panchromatic materials but not with Blue-sensitive "ortho." Ortho is blue-sensitive.

They used to be used on "Mark-up" notes on mechanical separations and reproductions which were all made on high-contrast ortho-chromatic film. Since it is as sensitive to blue as it is to white, "ortho" shows them the same when processed for printing plates (which are also ortho and need be exposed by arc lamps.)

To answer your question; Yes, they are one in the same - practically speaking. I have used the two interchangeably with the same result, although the Pantone was more expensive.

I would go so far as to say they are colorimetrically the same.

In the past we wanted to make some markings to papers, but wanted to avoid the markings to be copied in a photocopier. Light blue or light green pen solved it, because they obviously reflected the copier light as well as a normal white paper.

As well, if the markings were wanted to be surely copied, one had to use red or black pen.

Note: In daylight we can see two color materials to have the same color, but in artificial light the result can be different because the spectrum of the artificial light can consist only some sparse strong discrete wavelengths and the color materials can be different just at those strong radiation wavelengths. So, nobody quarantees that in daylight visually equal pens act equally in a photocopier.

The pen has a rubber eraser - obviously erasing it from a paper is easy. That's not the case with some other color materials.

Not the answer you're looking for? Browse other questions tagged sketching or ask your own question.