I have made a drawing with the pen tool. Most of the paths are unclosed. I would like to put a gradient stroke on the paths.

I don't seem to be able to join all of the paths together, which I assume is the first problem to solve. See below for my drawing. 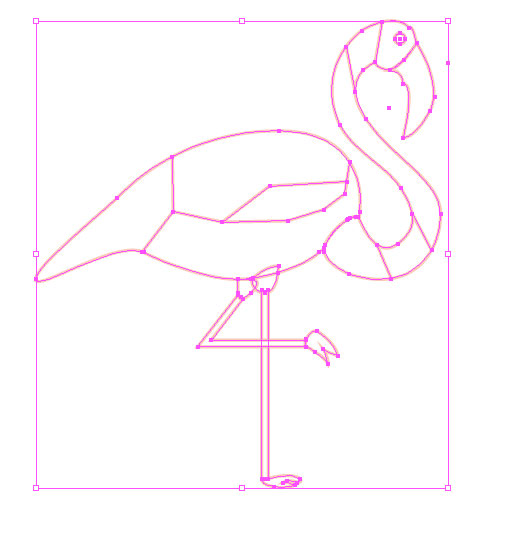 I believe if the strokes are all separate then at best I will gradient each stroke individually which will not give me the effect I am looking for.

I think it may also have changed because I used the shape builder to fill it originally. So perhaps that has made a difference?

I don't want to merge it into one shape, i want it to stay as a line drawing as the shape will never have a fill. My intention is to put a gradient over the entire line drawing so it looks like it is shimmering.

Here is an example of what I would like to achieve (made in Photoshop). 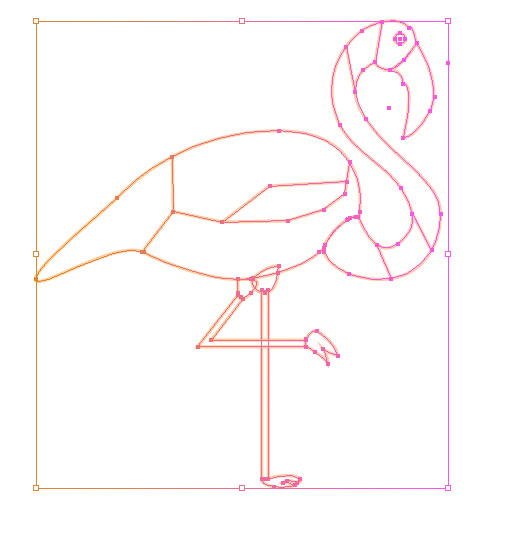 Now just apply the gradient as the stroke.

Illustrator CS5 doesn't let you put a gradient on a stoke...

Now you can aplly the gradient.

You will have the original stroked under the copy with the gradient.

I used this tutorial https://astutegraphics.com/blog/how-to-apply-a-gradient-fill-to-strokes-in-adobe-illustrator-cs5-and-earlier/

However, the problem that I had was the object when expanded did not cut at the anchor point.

Also to hightlight @WELZ excellent comment these answers are a better explanation.

Not the answer you're looking for? Browse other questions tagged adobe-illustrator path gradient stroke or ask your own question.

5
How is this gradient effect being created on line/vector drawings
0
How to fill in outlined text with transparency-to-color gradient in Illustrator
3
How can I apply a gradient overlay to *only* non-white areas of a group?

3
Removing part of a stroke and adding a gradient to a stroke in Illustrator CS5
1
Inkscape - Doubled bezier curves
0
Uniting two objects in Illustrator
2
Trying to join separate open paths into one closed shape
0
Can I align a stroke to the inside of a shape with “Apply gradient across stroke”
0
Applying Gradient Mesh to complex techical line drawing
0
How can I export my gradient to get the colour values from Illustrator
2
Join paths that are branching into 2 or more smaller paths (like nervous system or brain connections) Illustrator
1
How to make a brush stroke take gradient colour like pen tool stroke in illustrator?
0
How to add gradient on overlapping paths? Is there a way to combine overlapping paths to a single one?