Term for line based vs area/shape based thinking 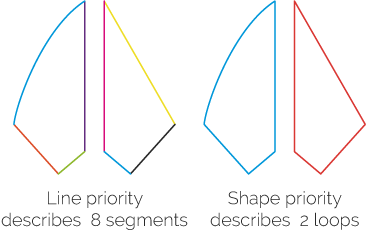 So for example Illustrator is built with shape priority in mind. If for we take arbitrary feature like pathfinder it is unable to delete line segments. But perfectly capable of building enclosed areas. It is not until shape builder that you can consider deleting line segments, even then only if there isn't a area to choose over the line segment.

Now as a counter example. Engineering applications and documentation often are built on line priority. As far as explanations go that's all fine and dandy.

However does anybody know if the names line priority and area/shape priority have some known terms in well known literature.

I think based on the discourses I encountered both in architectural design and drawing classes (and since) and similar discourses in my original art and drawing classes decades earlier, I might go with "linear" and "contour"... in that contour is a multi-segment line (e.g. CADD polyline) drawn and perceived specifically to define a form.

Now, to be clear, a contour need not be closed per se, but... the emphasis in creating the contour is not primarily its own linear graphic qualities, but rather the space, shape, area or form it delineates; its own intrinsic qualities are subordinate to its task in delineating form.

In architectural perspective drawing (or in many iso drawings) one uses "spatial boundary" line weight to help discriminate an object's boundary against space from a near planar edge... so the convention is that spatial boundaries are heavier, whereas planar transitions are lighter, and in-plane material transitions are yet lighter. This commonly-accepted visual hierarchy helps to make for quick easy comprehension of complex 3D formal composition absent other depth cues such as shading, atmospheric perspective (sfumato) - and in the process, the "spatial boundary" becomes what in life drawing classes I learned to call contours: that lineweight will transition from one "line segment" to anther to convey the "spatial boundary" quality.

Here are some examples of what I'm talking about (yes all are mine to post) - you can see (especially in the last two examples) that even when another hierarchy of lineweights is at play, the spatial boundary quality is of immense use, and makes contours easy to see: 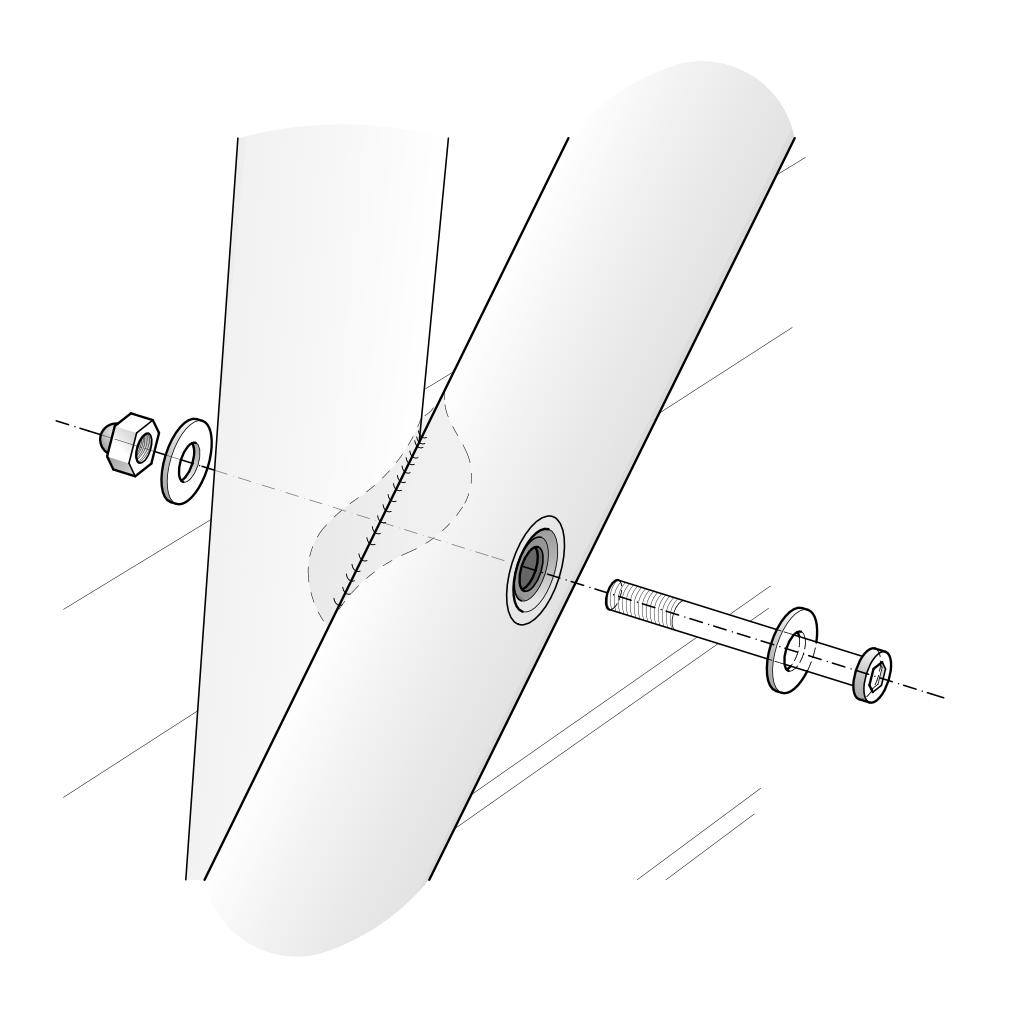 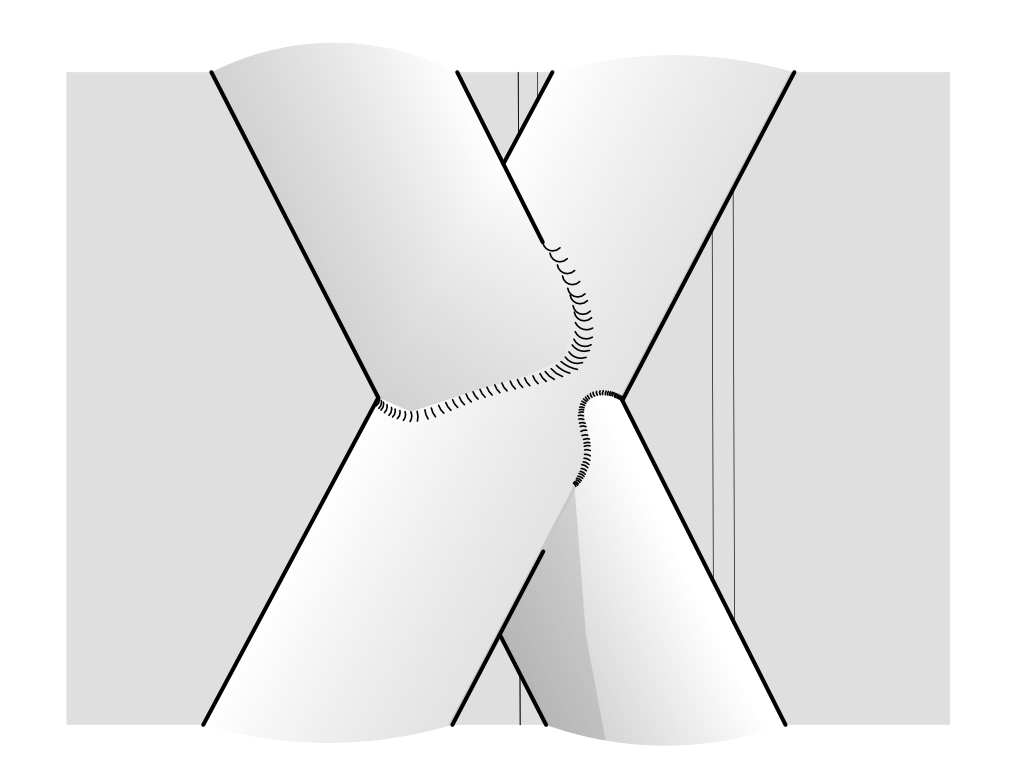 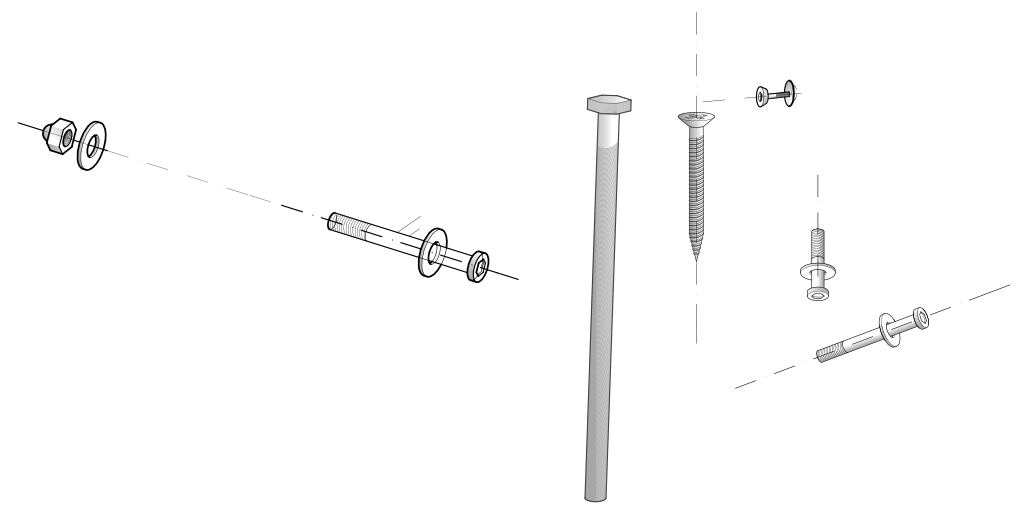 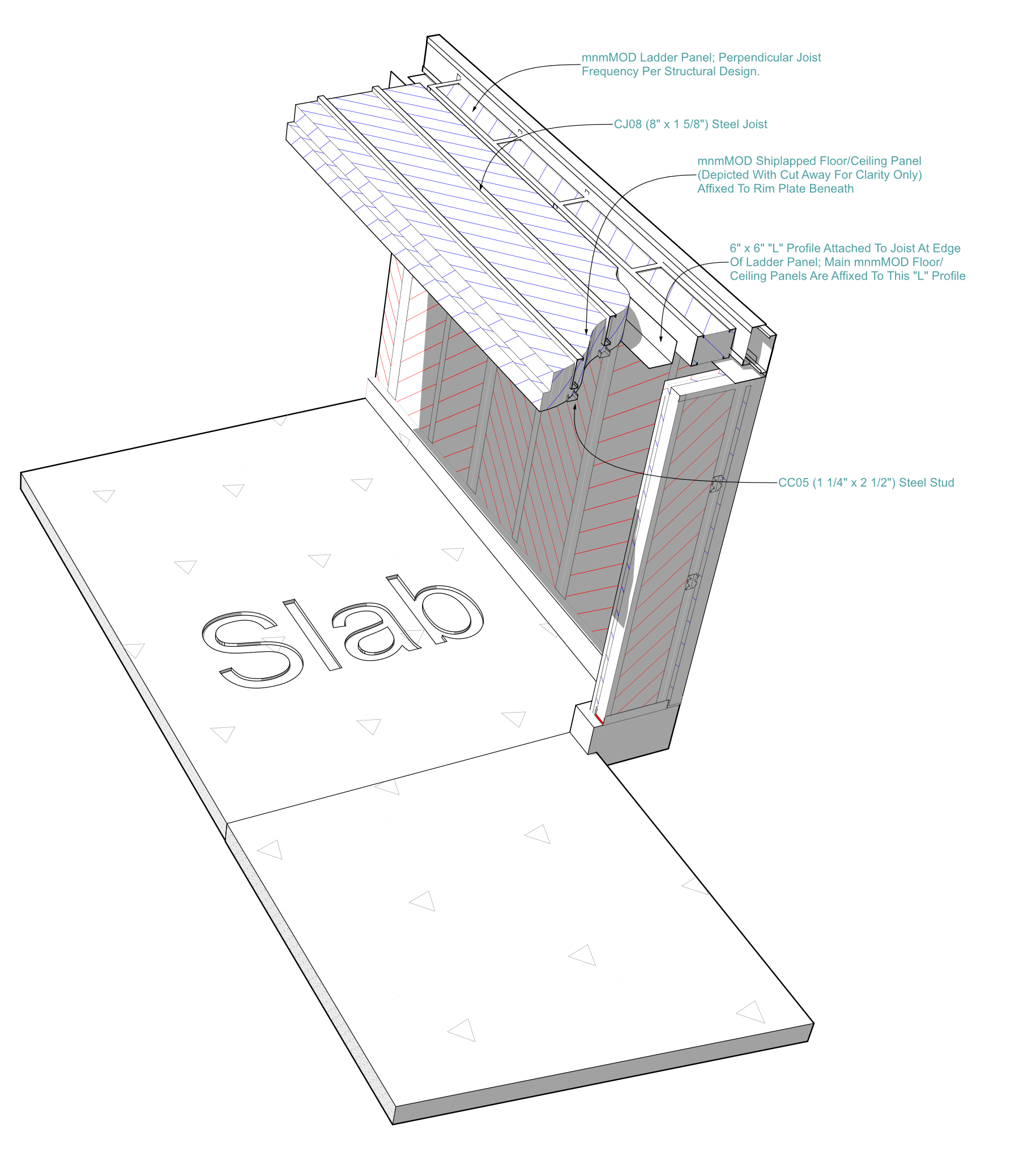 And yes, there is a contouring error in this last one: it was a factor of the technique used to generate some of the original linework and the BIM tool used at that time - overall, however, the approach still reads well, even with that error. 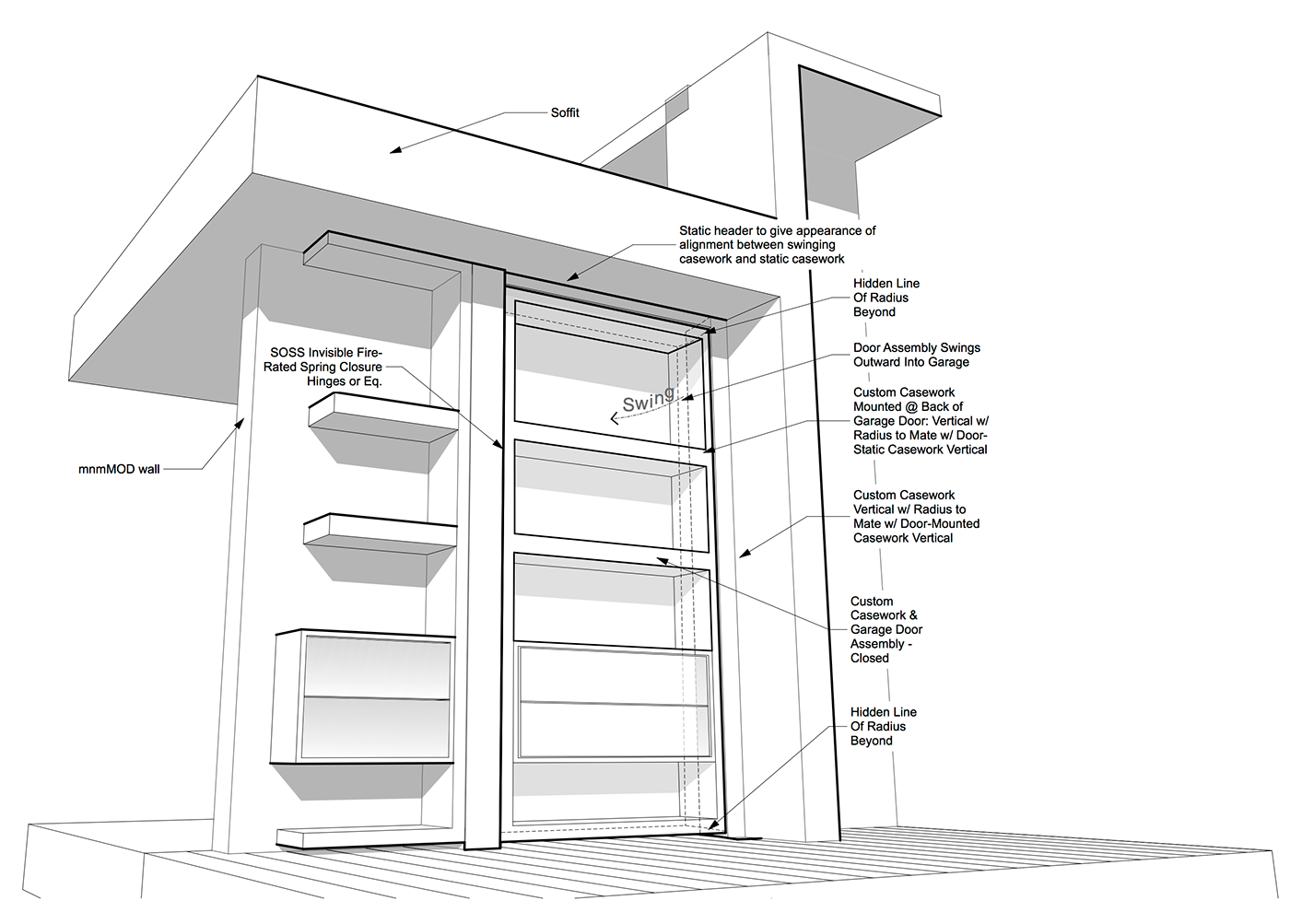 Using Illustrator, when vectorizing a bitmap image using Image Trace, among its options are: Silhouettes and Line Art that not only faithfully describe the two options, but the result obtained is similar as the images of the question. 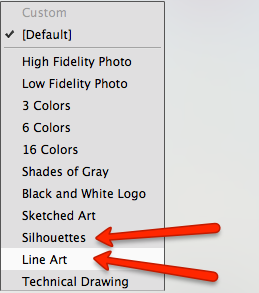 After expand them, the result of Silhouettes are closed shapes and Line Art are separate segments:

Your "shape priority" description seems to correspond to what is called a "closed path" in Illustrator and other vector image editors. The other version on the left looks like open paths, made up of several paths, each with a different stroke attribute.

Here's a visualisation of the concepts 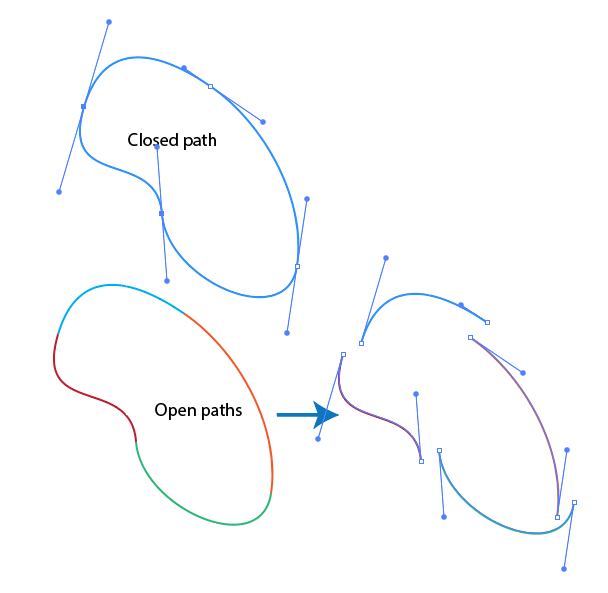 For line-based images, I use the term drawing as opposed to images using shapes which I refer to as painting.

I know it may be simplistic; but, these define the "poles" of a continuum to me.

This may or may not include "pointillism" and other special techniques to render an image. These may involve more discussion about their placement between the points I use.

8
Technical term for stray pixels
3
Term for content-holding iconographic images
11
Is there a name, term, or practice for off-centering things based on volume rather than by width and height?
1
Term for derivative art where only the arrangement is changed
2
A term for a color used sparingly
3
Proper term for “Visual Nutrition” in English?
5
Graphic term for precise/geometric double exposure images
0
What's the term for text around and across a circle?