What exactly is a path in inkscape? [duplicate]

I am a beginner in Inkscape, and was pretty confused by the word PATH, when i checked on net, i found various explanations and developed an understanding thinking that a path is the nodes in a straight or curved line. Is my understanding correct?? If not please explain it to me.

Not really. A node controls the path, but it is not the path.

A Path is a line, curved or linear, that can work either as the outer border of a shape (closed path) or a line where you can potentially have a stroke (closed or opened path).

A path can have width but also it can live without any width.

The nodes are the controllers of the curvature of this pat.

Think of a path as the trajectory where a line can go, like a cannonball, and the node as the direction and intensity of the cannon itself that "shoots" the path. This analogy makes clear what a path is. If you take a long exposure of this cannonball, you can see where the cannonball pass, the path.

This time I try to be exact. A path in Inkscape is an object which Inkscape interprets to computer screen from a path command of a SVG file.

Inkscape drawings are actually text files which contain commands. The commands can be generated by drawing something or by applying Inkscape's million tools to something already existing. One can also directly write the code in a text editor or import it from another program. 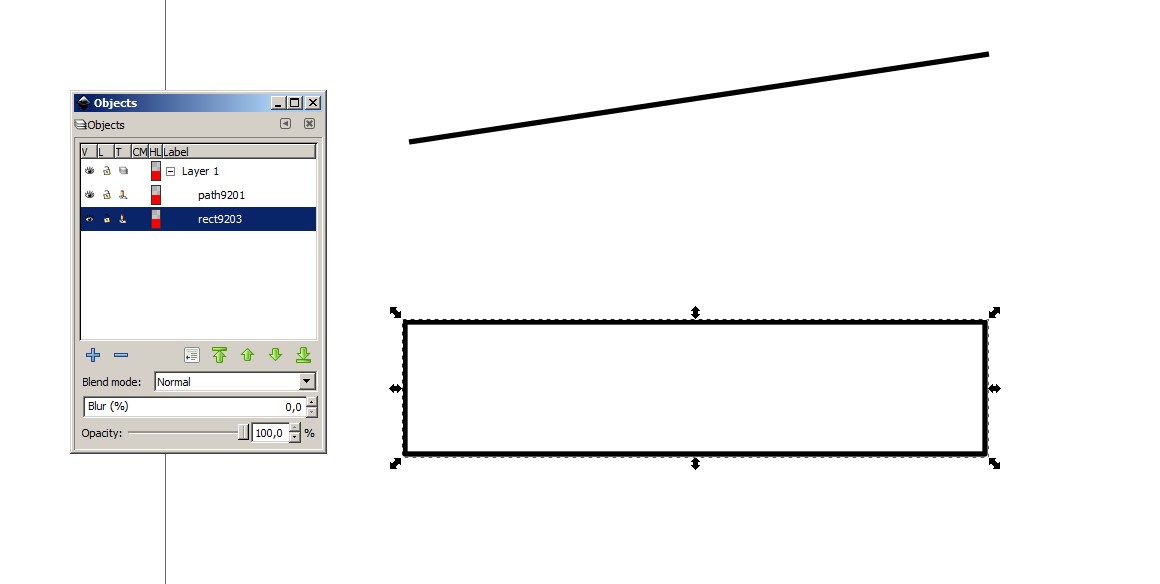 Here is the generated code. Only those 2 objects are shown. 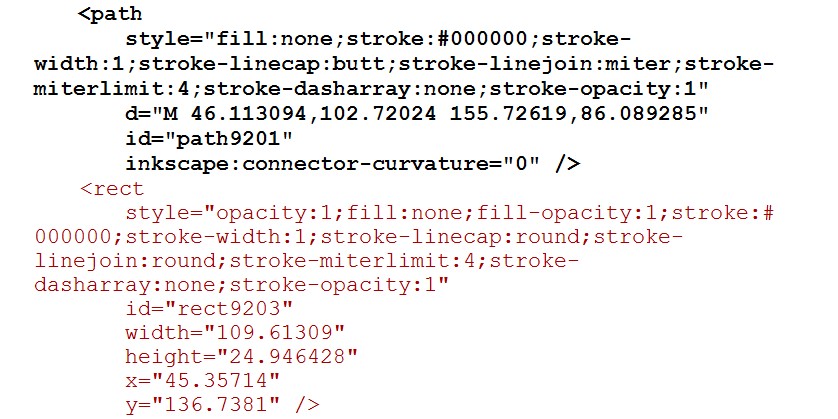 In addition there's a hefty general header, which isn't shown here. The code can be seen for example by opening the SVG file in a text editor or by starting Inkscape's own code viewer tool.

The code of the line starts with "path". That can be used as the criteria for what is a path and what is not. Only Bezier curves are paths in that sense.

The rectangle isn't a path, it's another shape which Inkscape knows. In addition there are ellipses, stars, texts etc...

Bezier curves are generally drawn with the pen tool. That's not the only way to make paths. A programmer can write the code or write a script which generates the code. A rectangle or other non-path shapes can be converted to paths by applying Path > Object to Path.

The rectangle is converted to path. Now its code starts with "path", it can be edited with the node tool and all path functions are applicable. But in the objects panel it still has the opriginal name rect9203.

One of the corners is edited with the node tool(not shown in the code, it was the unmodified version). That would be impossible before converting the rectangle to path.

Paths, like many other Inkscape's objects, can be visible or hidden, they can be partially transparent, they can have some color and width of the curve (=stroke) and a fill.

8
What is the difference between a path and a stroke?