I am trying to create a template for a dead card game. My end goal is to generate a vector template that I can use to create new cards for personal use. I've toyed around with using an image trace, but that doesn't work particularly well for gradients.

I am looking for help in re-creating the effects seen, starting with the card border: 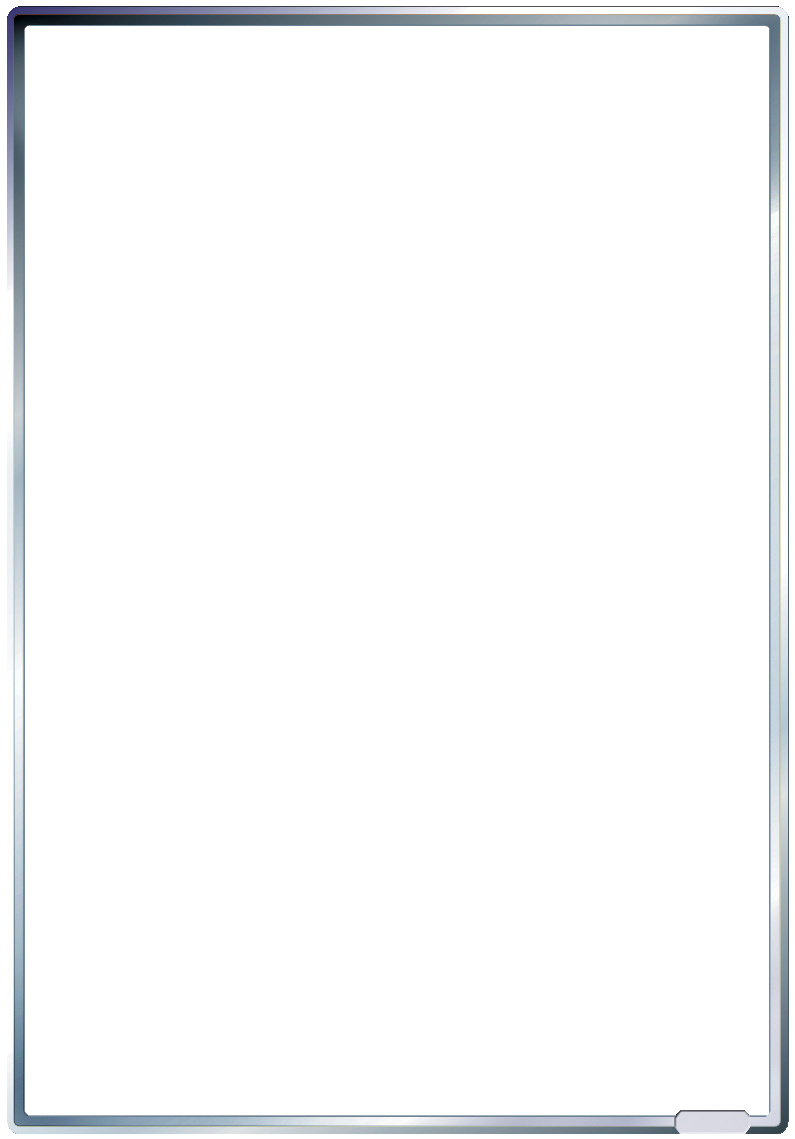 Ignoring the box in the bottom-right corner (which appears to be a flat shape with an implied shadow surrounding it on the top and left), the border seems to be trying to communicate a metallic border with an inner peak, with some lighting effects. Pragmatically, how would this be implemented in Illustrator? Two shapes, and inner border and an outer border (and possibly a middle track for the peak? Is the "metallic" look just a couple of gradients, or is this a surface with shading effects? If a gradient is applied, what degree rotation is being used, here?

The shape is divided to parts which have different gradient fills. The angles can be quite arbitary because in real world seen metallic gradients are as well affected by the environment, only be sure that there's contrast between differently tilted surface facets.

In the left inner and outer rings have opposite linear gradients. In the right they have stretched (=elliptical) radial gradients. The centre of the gradient is the seen highlight.

The rings have also very faint strokes. Making them bright and maybe inserting different gradients to them affect to the appearance

I used only 2 stop gradients. Chrome or gold like gloss needs more stops and steeper slopes. The next version has linear 4 stop gradients: 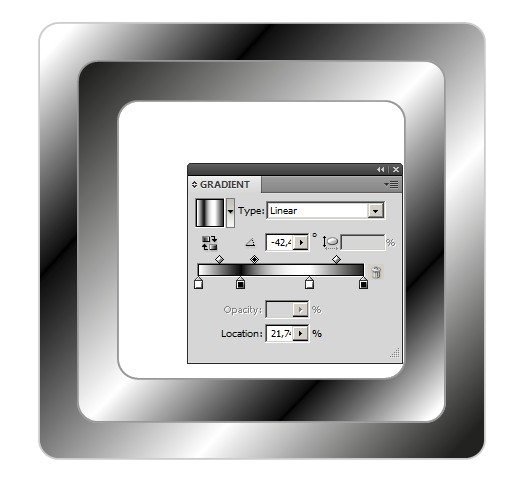 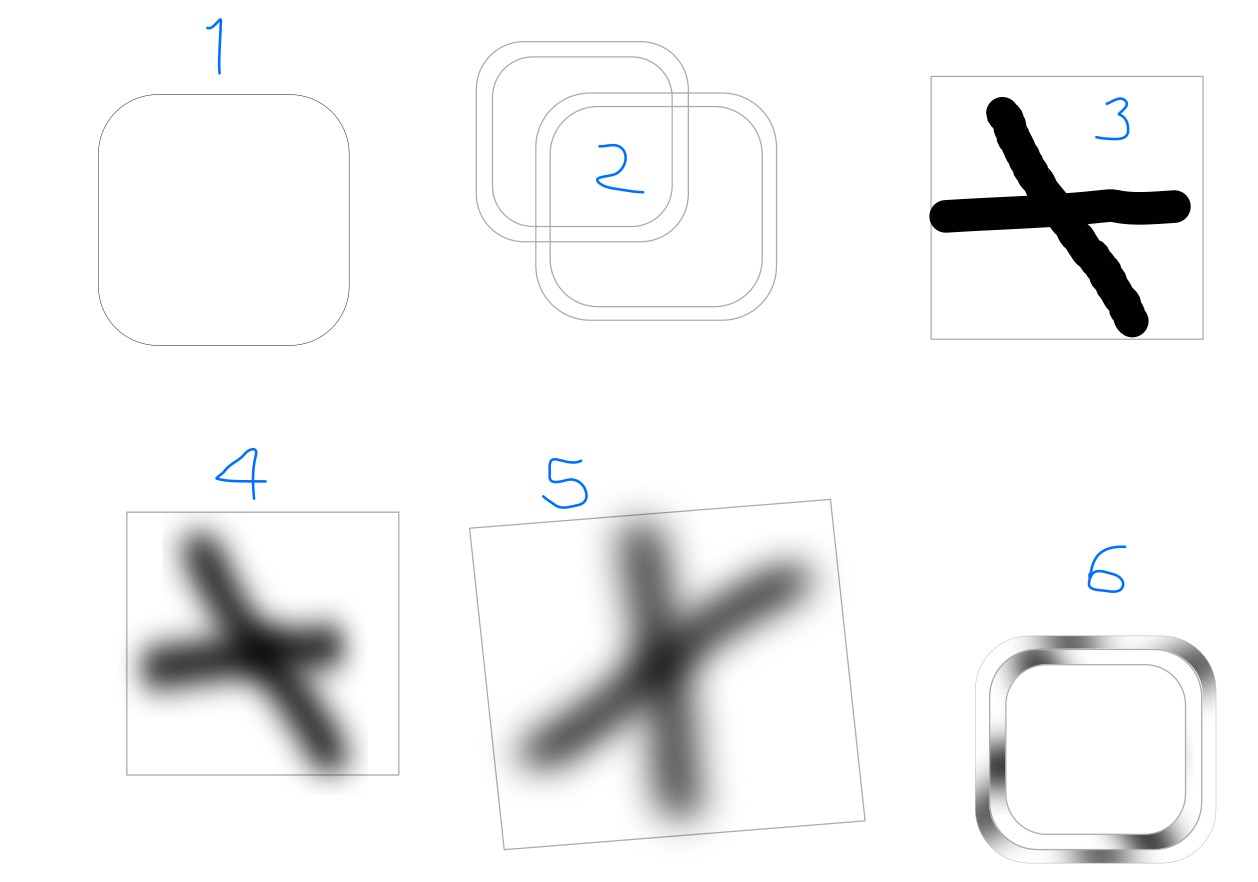 1-2. A rounded rectangle was drawn. It was copied in three sizes, 2 fitting rings were made with Path > Subtract. There's no fills, only a faint grey stroke

4-5. Two different versions were made with blurred black parts, both were grouped to keep them together (here a little thinking would be extremely useful, one should see now how he wants dark and light areas)

4
How do I make a radial gradient with "rays" from the origin, not circles?

2
Re-creating gradient effect in Illustrator
0
Help replicating this red pattern and glow effect (speed lines) in adobe illustrator
2
How to create light cone and haze effect
0
Help recreating stencil effect
5
Print Question about Spot Color vs CMYK Process with Outer-Glow in Illustrator
0
How do I make a printable design for a cardgame?
0
What's the effect by which you represent a "bicolor" screen?