I am currently working on this part of my app where the user has to select what do they want to advertise. The color palette I use in my app is mostly grey, a little bit of black and then a gradient of these two colors, so I thought this would look neat.

Once I sketched it in Photoshop I found it personally pretty cool, but a little bit odd looking, so I want to hear your critiques!

Does the gradient make sense or does it only make the design more obnoxious? 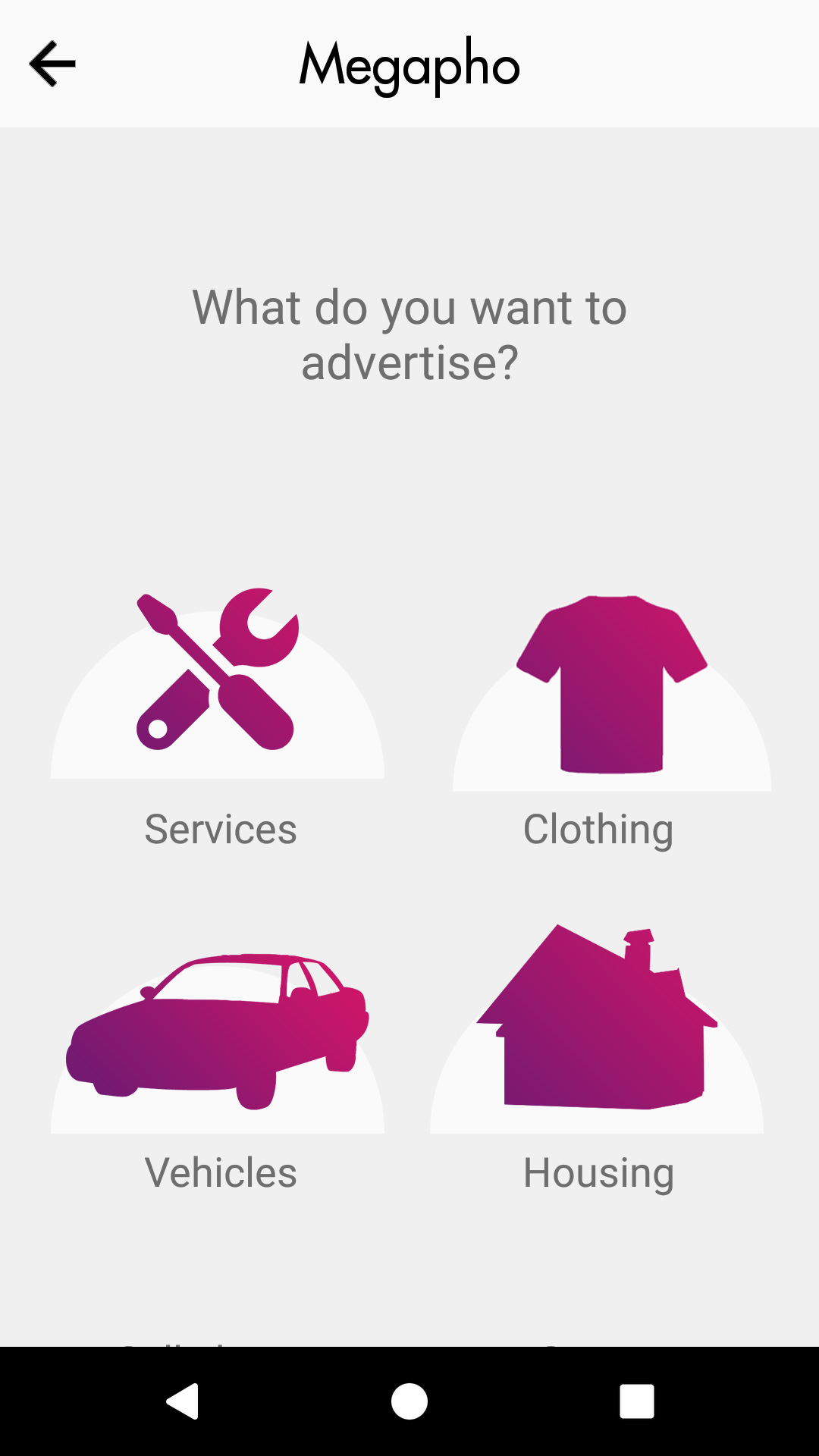 It doesn't look so bad in my opinion , I think it's pretty neat, there are just some tweaks which I would do.

I would start with suggesting you drop the white half moon backdrops, it's very distracting (will replace with a drop shadow later - much cleaner): 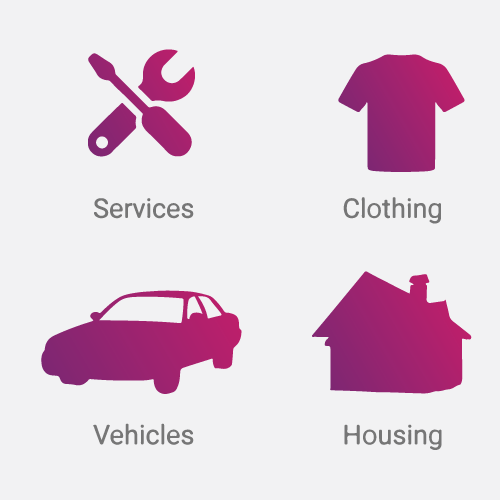 Then, I think, you should consider making it all one continuous gradient, instead of 4 separate ones: 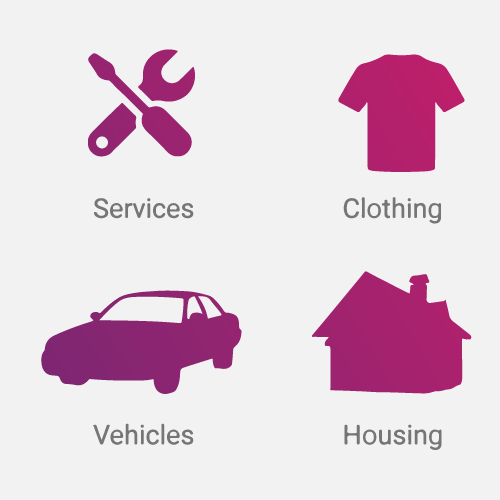 I feel like it creates a nice flow to it, which makes it look really nice.

After adding in a 30% darkness drop shadow: 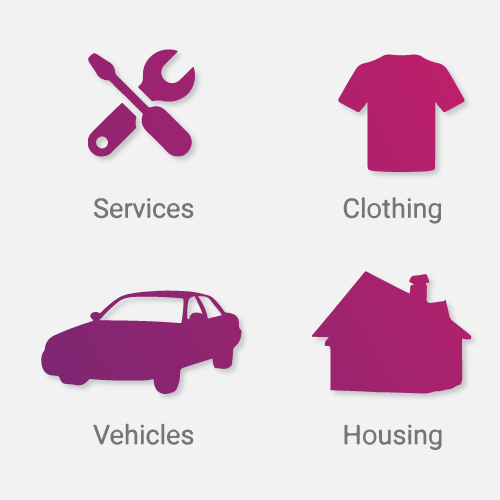 How it could look with eight icons, plus other color variations which also looked pretty neat:

When there are doubts about the colors in UI design, especially with gradients, it's very useful to preview how people with problems in color distinction, the 8% of users will see it: 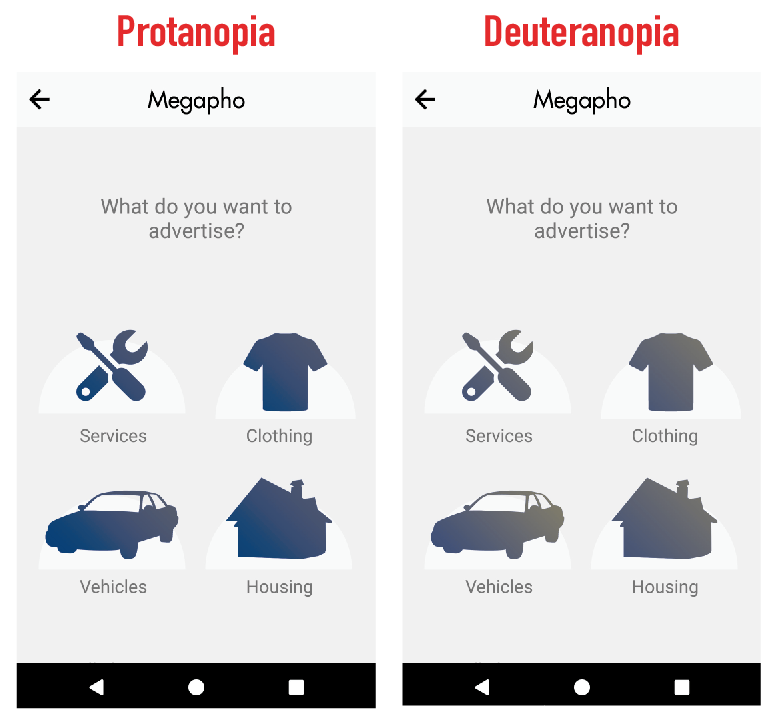 Sometime this type of exercise leads to the conclusion that color is not as important as the form. In the example of the question, the four icons seem extracted from four different cliparts styles, where the only common element, beside the color, is the nearly invisible white semicircle of the background.

Not the answer you're looking for? Browse other questions tagged gradient critique or ask your own question.

1
Critique background color / gradient to use
0
Critique: Amateur looking buttons with icons?
0
Critique: WordPress Plugin Banner
1
Critique: Help with placement of logo elements in relation to each other for a web and app-based music service
1
Critique: What UI colors to use in an image-based design?
3
Critique: Scrollable flyout nav menu
1
How do I reorder gradient colors for highest contrast?