Texturing a less than perfect object in photoshop/Affinty Photo

I am not a photoshopper, but I have been given a task to make a mockup for a customer. Basically, I have to take the texture from one bag, and apply it to another, without it looking awful. Bellow is the base bag. 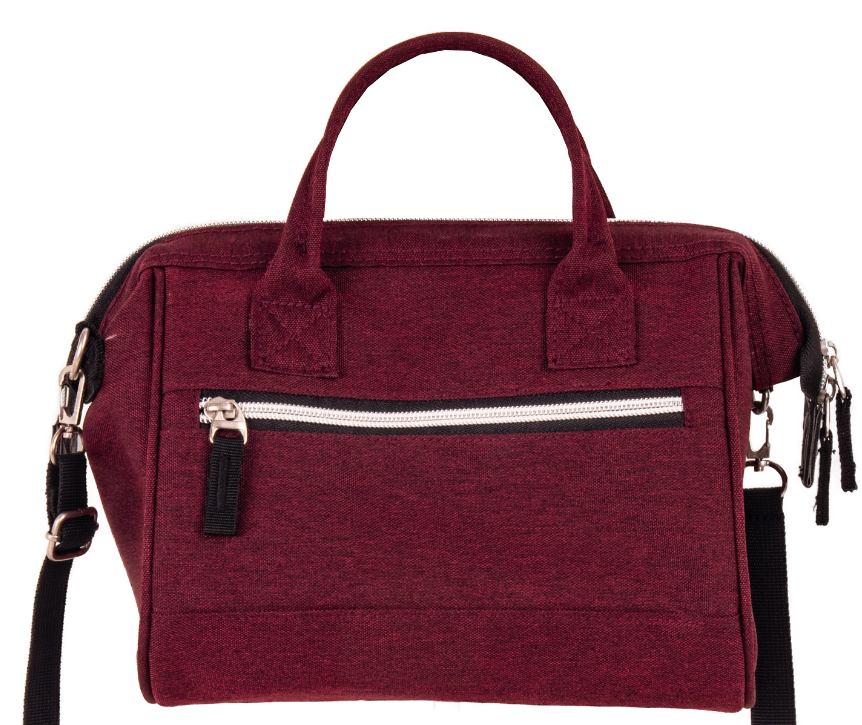 As you can see, it's got a texture and from what I have seen on various tutorials, this will make things like displacement maps a bit of a hassle.

The texture I have been asked to use is bellow 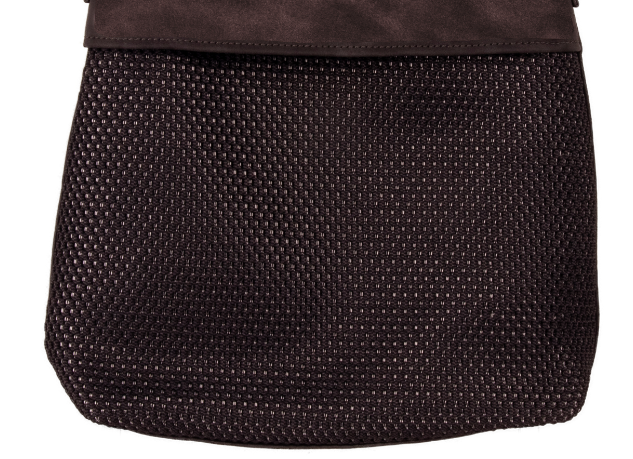 I will admit up front, I don't fully understand the process of things like photoshop, so there could be a really simple way for me to do this, and I am simply missing it. I am more comfortable around vectors.

I ask for help, as I am likely to be given similar jobs like this in the future, and want to learn and understand the technique associated with something like this

Using just a small part of the new texture: 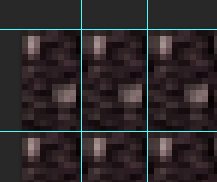 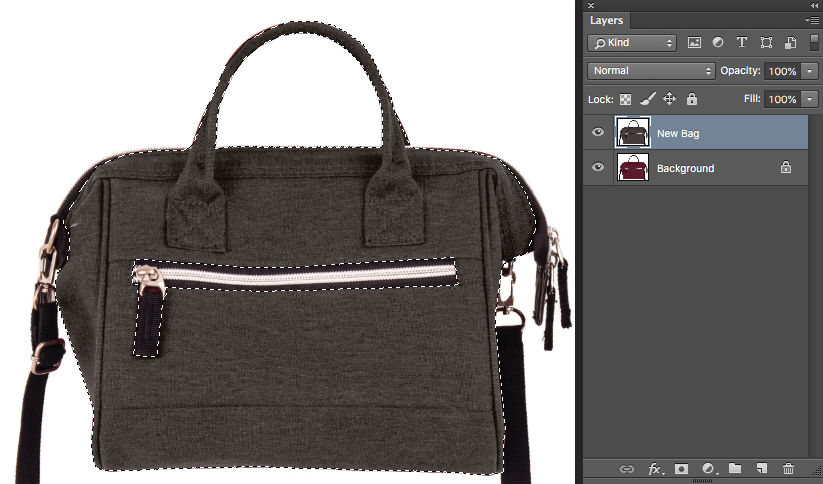 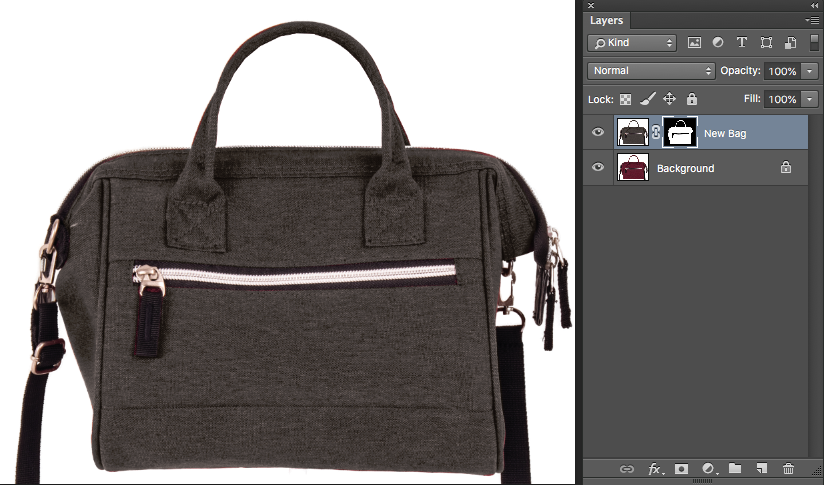 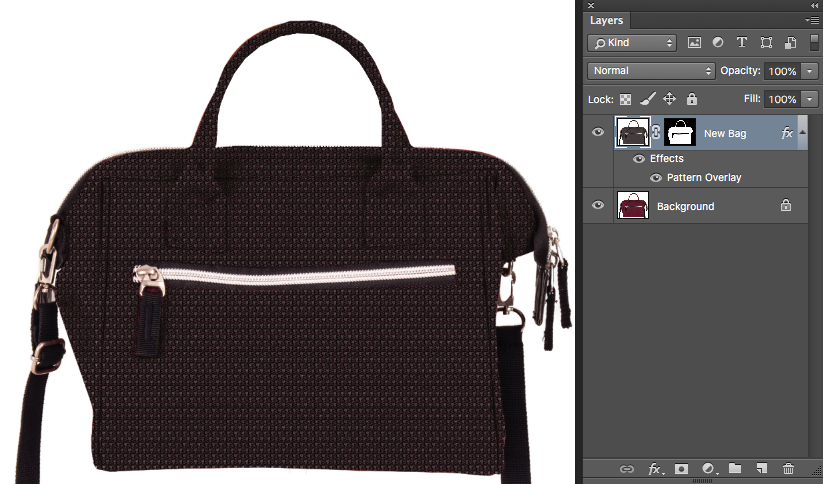 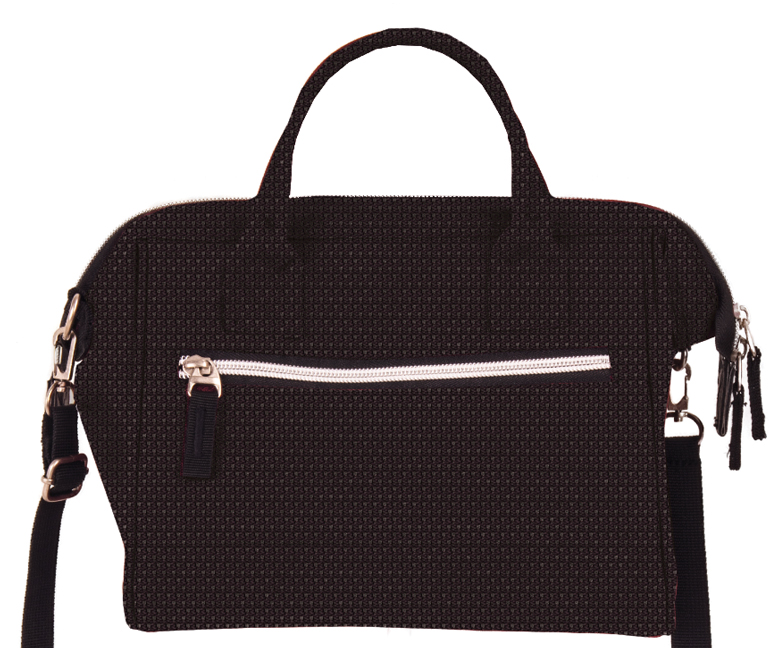 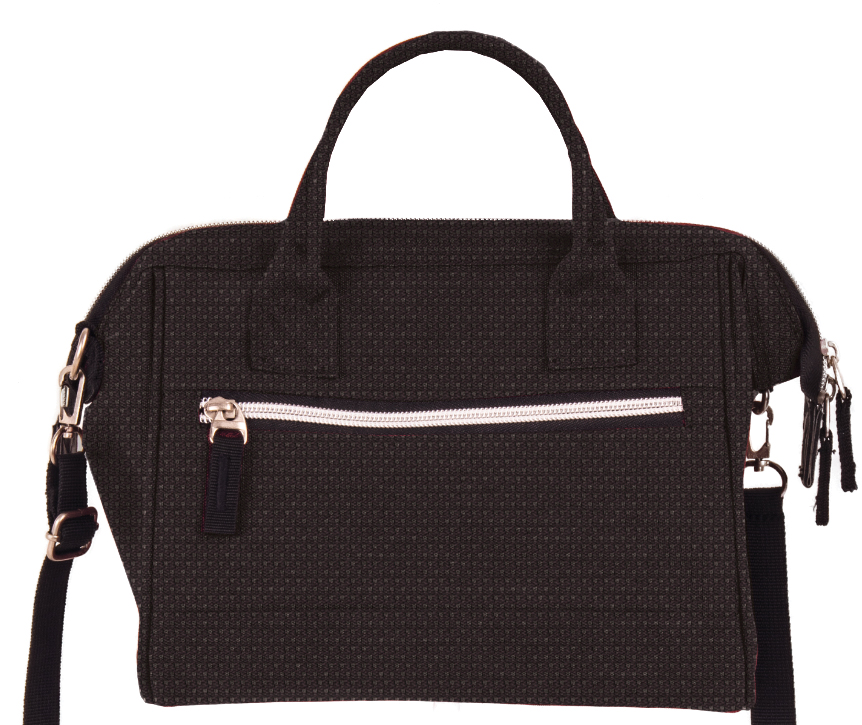 In Affinity the available tool set is smaller than in Photoshop, but the job is still possible.

Deletion isn't recommended because a selection and its inverse easily creates a no-man's land which is one pixel wide transparent zone. It happened here, too, but after noticing it I could expand the selection one pixel and made a new mask. 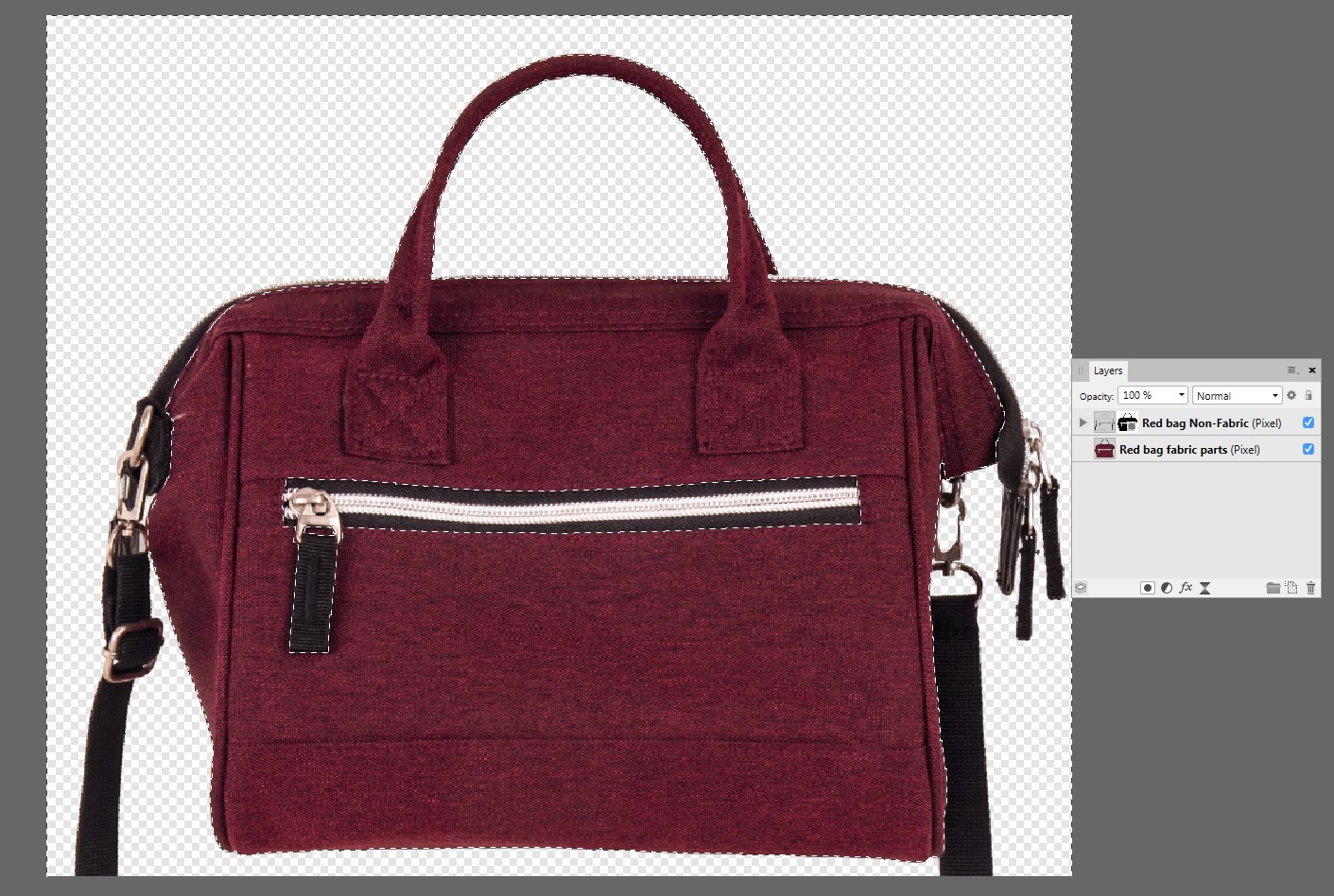 The selection was drawn with the pen. Actually your white background was removed at first. No color or contrast based methods are accurate enough if the photo wasn't taken specifically targeting to easy background removal.

The original fabric fine texture isn't very harmful in this case. Affinity Photo has a handy frequency separation filtering which can be used, if it was, but it's not needed now. In Photoshop one would use Smart Blur to remove fabric fine structure. We'll fix it at the end, if needed.

NOTE: The original fabric has brightness variance, which will be useful. 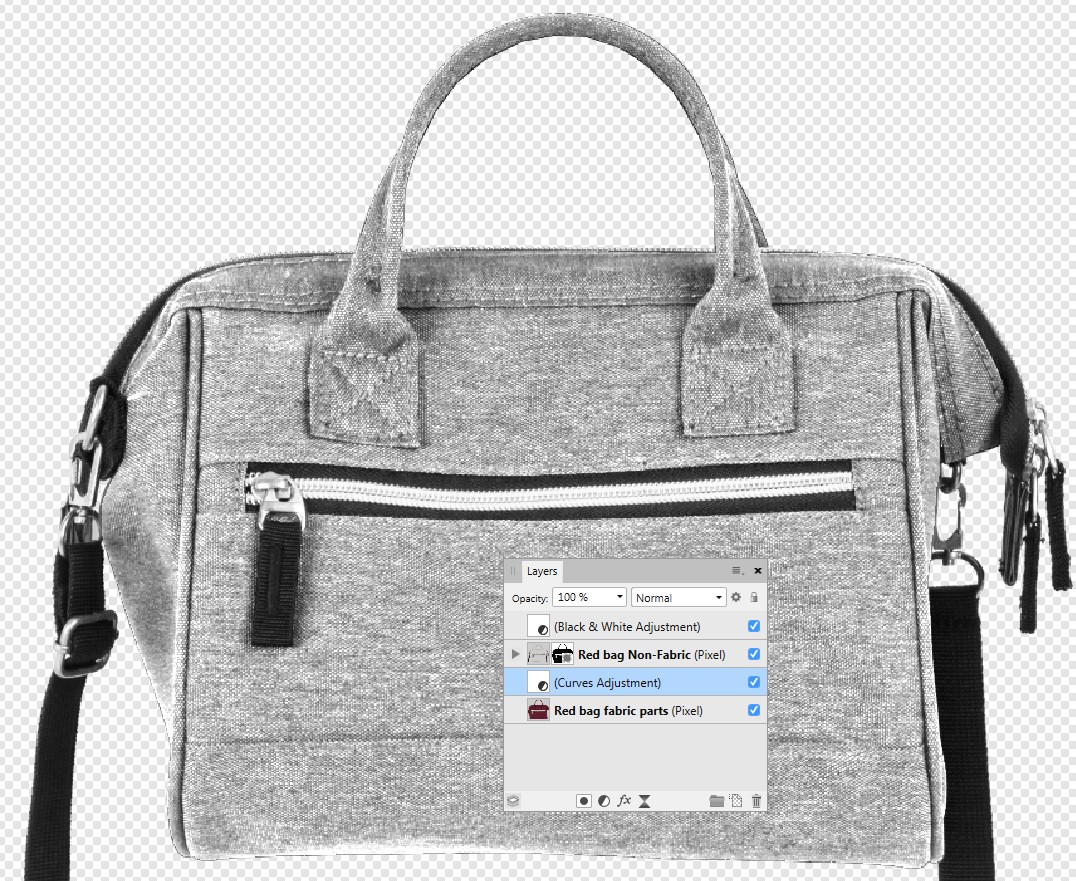 Your new texture is difficult to use (except as very dark). It's unsharp, non-uniformly lighted and harmfully curved. I believe the next pattern is plausible enough. It will finally get a slight blur because it's not pixel perfect. 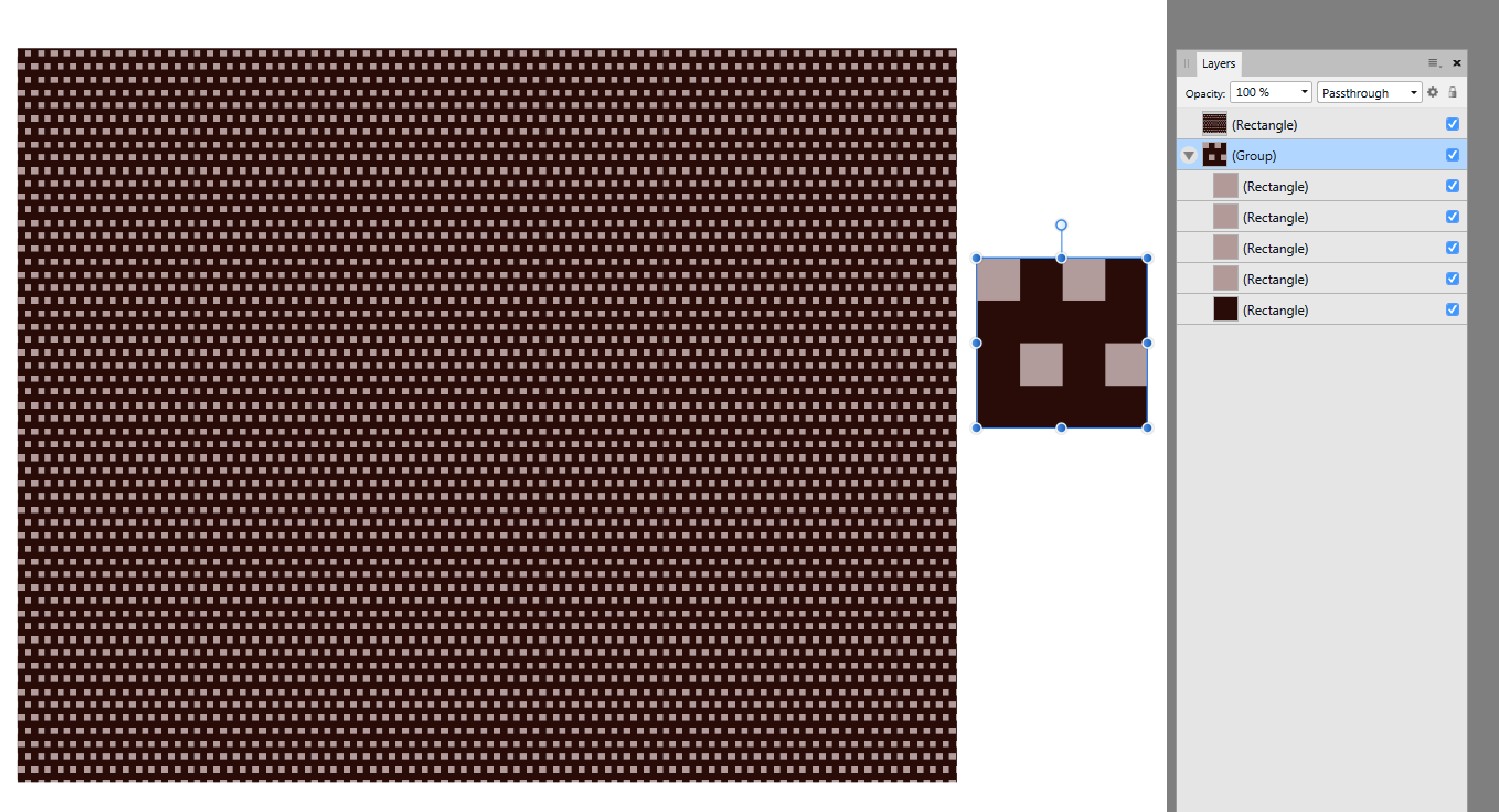 This is a cheat. It's in Affinity Designer because vector shapes are a little easier there. It's exported as PNG and brought back as wrapped bitmap pattern fill.

The fill pattern was copied and pasted to Affinity Photo and rasterized to normal pixel layer,it got a layer mask with the fabric parts layer (=select he emptiness, invert the selection, goto texture layer and create a layer mask)

The texture layer got blending mode hard light and the curves layer was adjusted for good bag feature visibility: 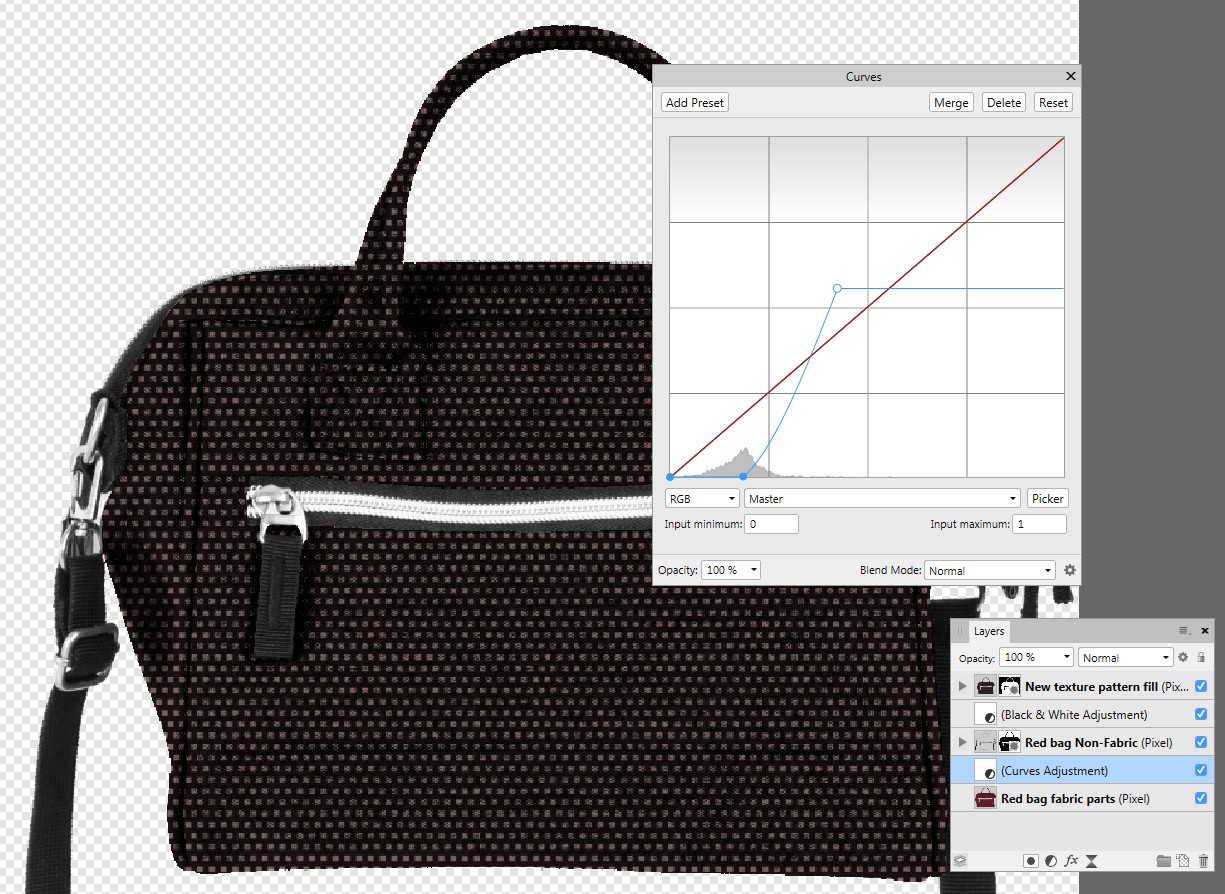 Actually the new texture is dark red. Having original colors in the non-fabric parts can be a good thing: 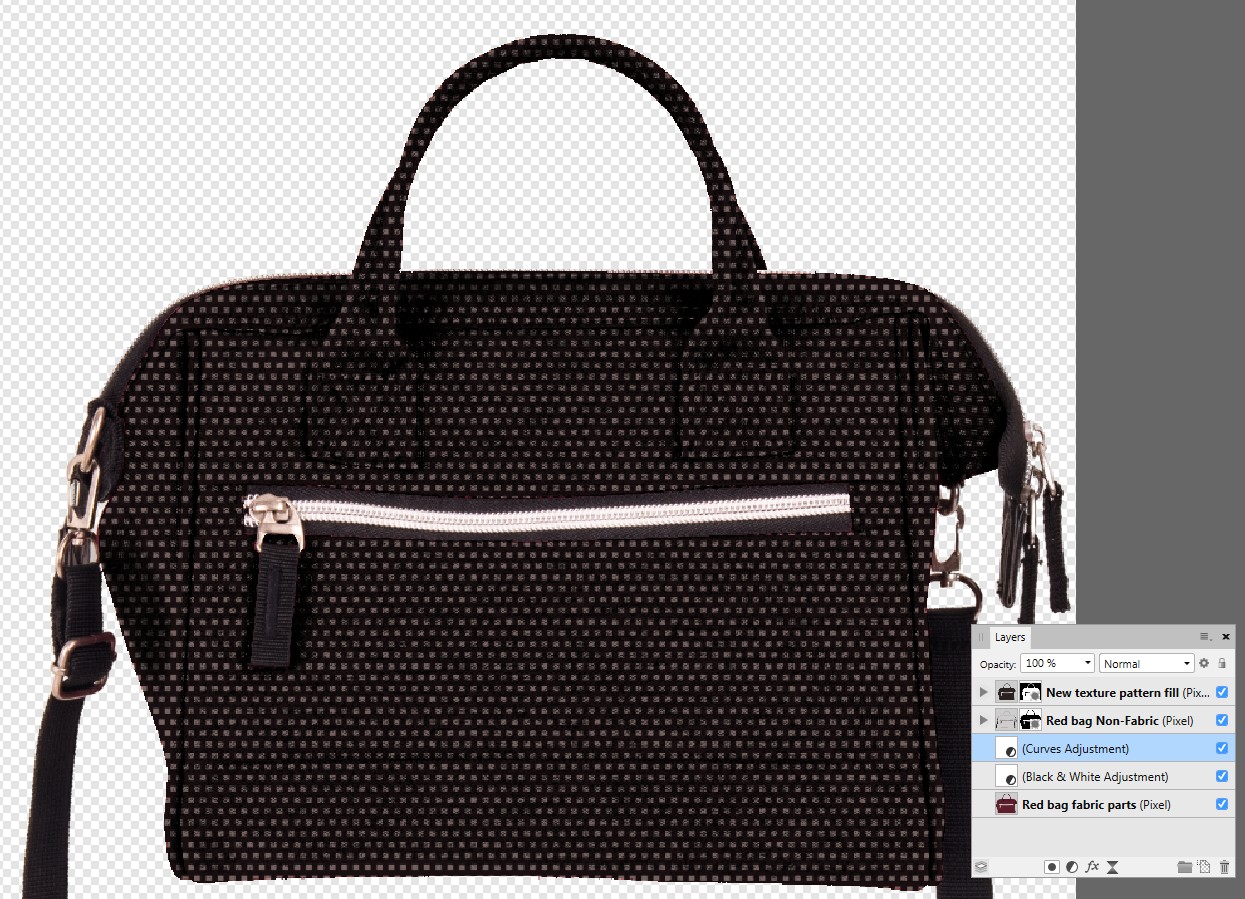 The BW layer was moved to lower.

This is not at all plausible, because the texture is too straight. Fortunately Affinity Photo has extremely usable mesh warping tool to add some curvature to the pattern: 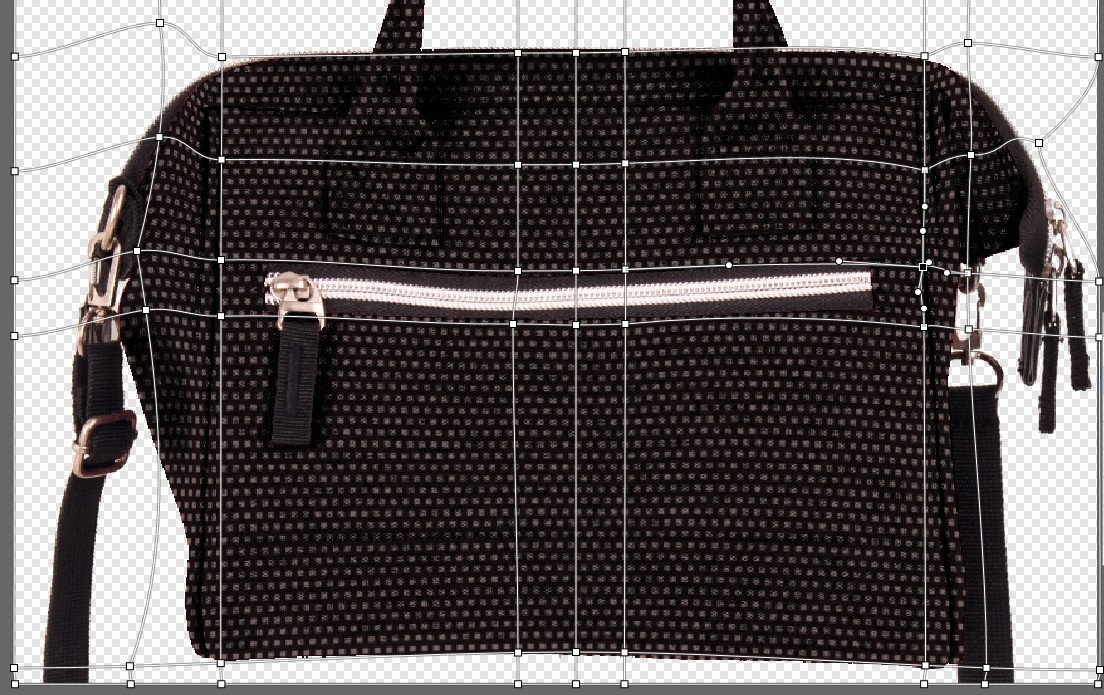 Believe: There's no need to be exact.

After some warp tweaks, adding a slight sub-pixel (radius=0.2px) gaussian blur to the original red fabric fine texture and inserting a white background we have: 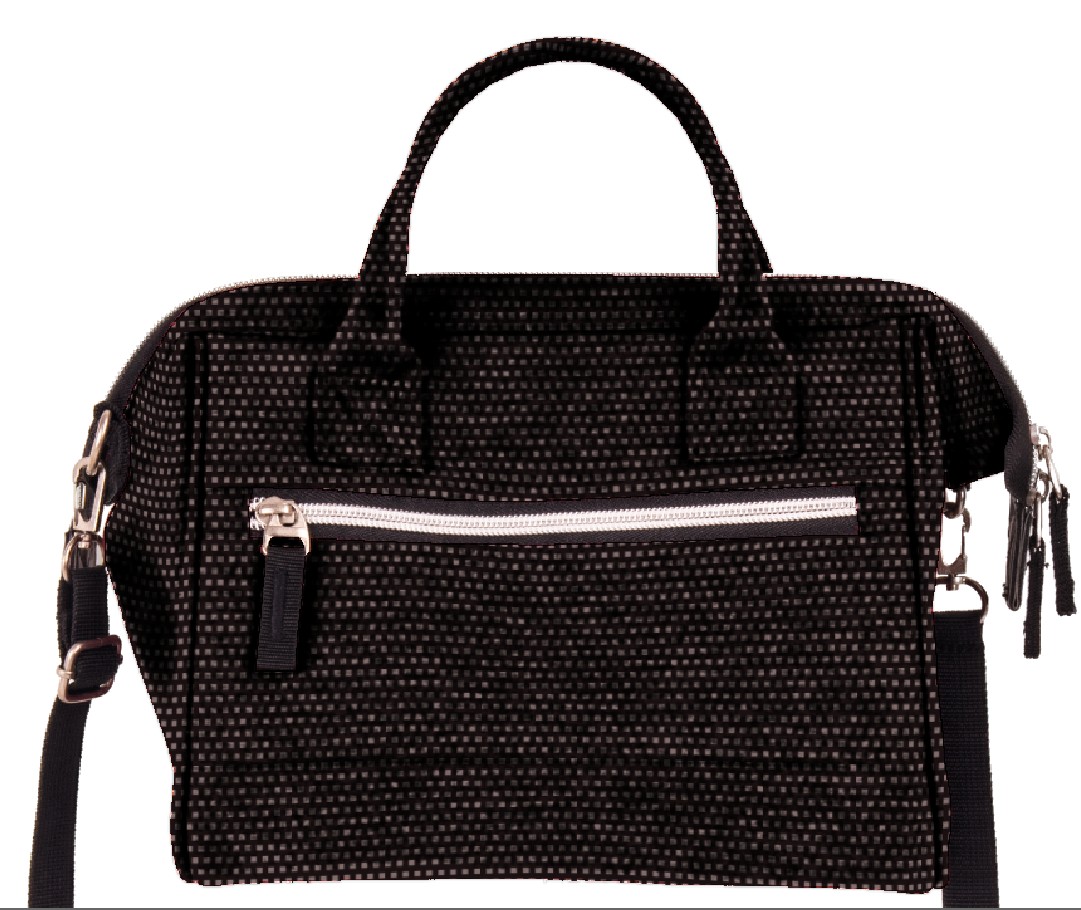 One quick, minor but important addition: if you are using the excellent technique that @Danielillo has shown you above (using Layer Effects Pattern Overlay) and you then find that you also need to recolour your chosen new pattern, you can easily apply a Layer Effect Gradient Overlay, set to Colour or Hue depending upon the final effect you need. 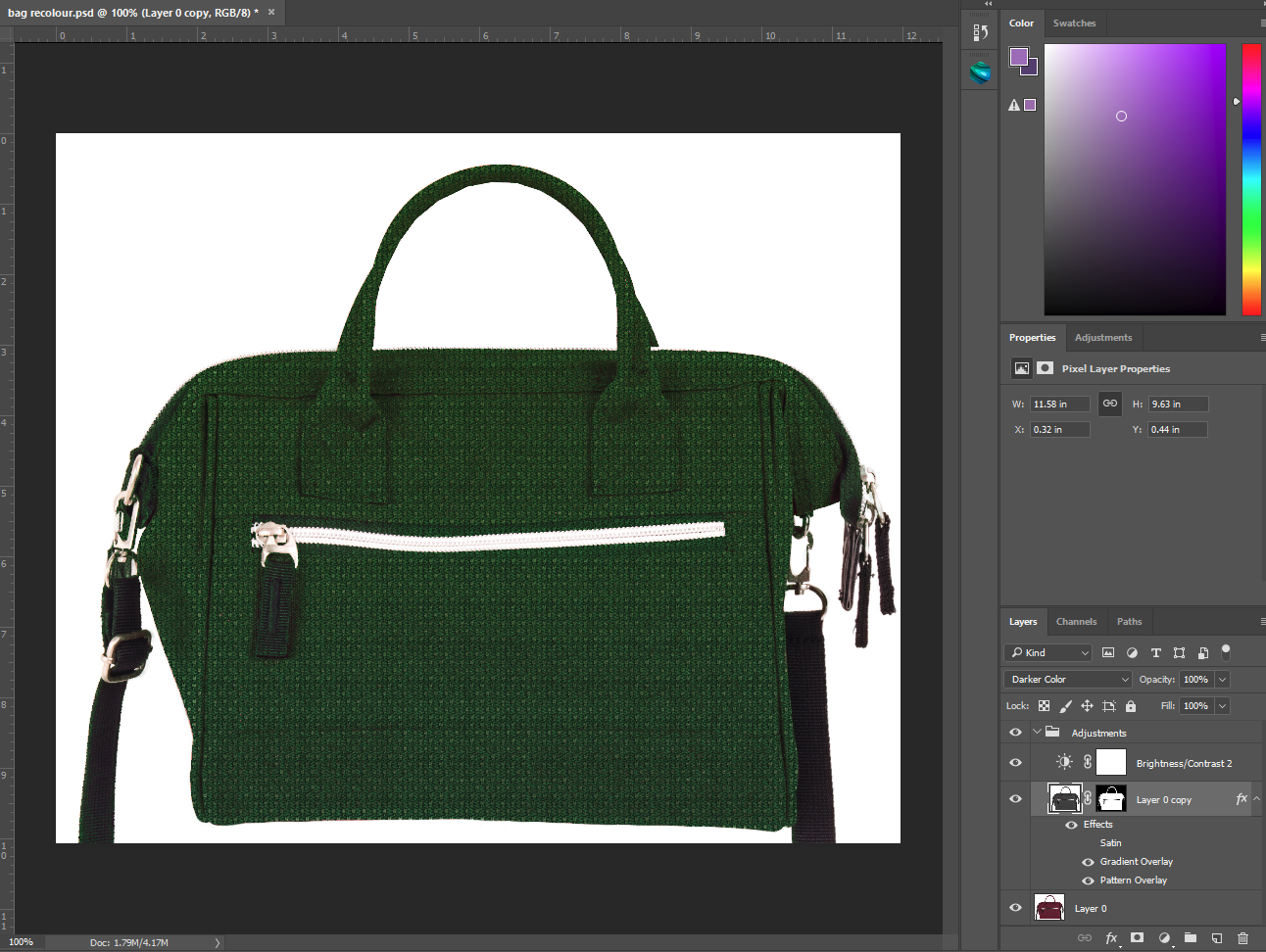 Not the answer you're looking for? Browse other questions tagged adobe-photoshop texture mockup or ask your own question.

1
How to create wooden texture for table?
8
How to apply, blend or overlay a texture or pattern image to a layer in Photoshop?
4
Can photoshop wrap 2D image around entire custom shaped 3D object?
0
How can I get smooth fonts in mock ups?
2
Recreate water texture in Gimp
0
Where to find a mockup to create an unfolded poster look effect?
1
Aligning texture vectors in perspective for a mockup item
2
Easier or smarter method to apply a texture over multiple layered parts of an image
3
How can I achieve an iridescent/metallic/holographic effect in raster editors?
0
How to fix a low quality glitter texture in Illustrator?