Is there any trick to dynamically color low-poly designs?

I know the normal method is to fill the the areas with original color from the photo above which the triangles are residing. But I'm looking for an easy way to color them with random colors (all while maintaining the harmony ofcourse). In other words, inclusion of dynamic colors without disturbing the harmony if possible. The recolour option doesn't look so promising. I know one way is to manually fill every area as last resort. But anything other than that? I'm looking for something like these animals in these projects - https://www.behance.net/gallery/29670207/ADI-bank-Youth-Cards https://www.designcontest.com/blog/inspiration-gallery-low-poly-art/

They can be colored traditionally following a photo. Then the palette can be modified by using some rule or fully manually - that's the thing you consider not promising, but which surely will be the good way for an artist who already has imagined the result exactly.

Rule based recolorings can be created also with blending modes: 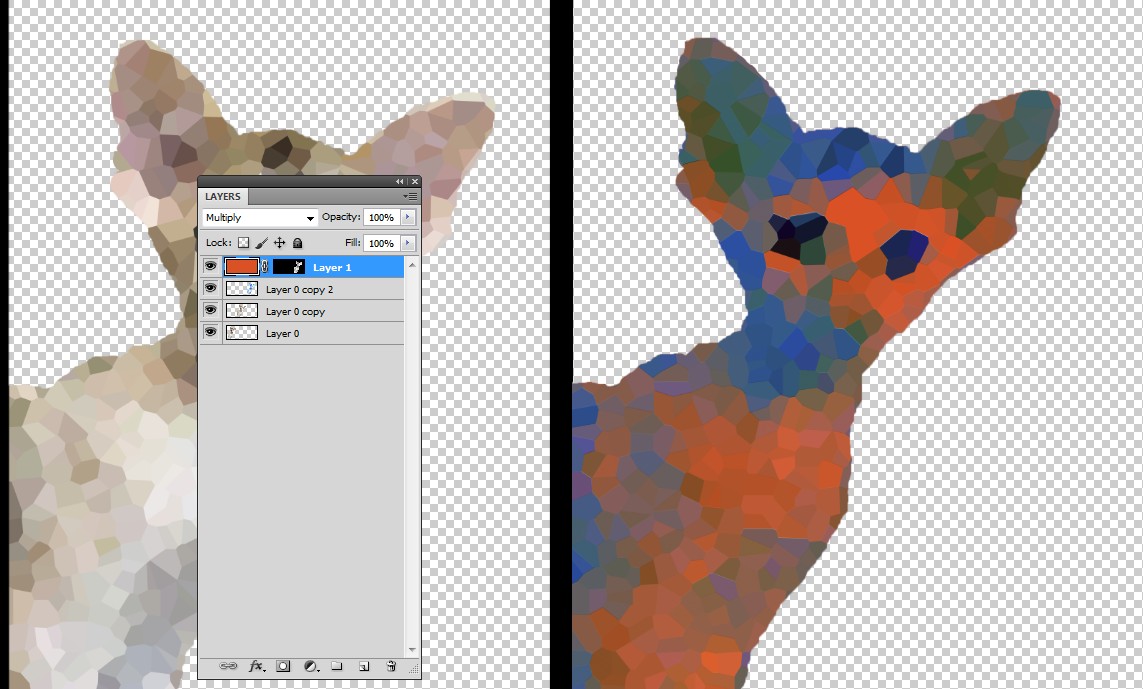 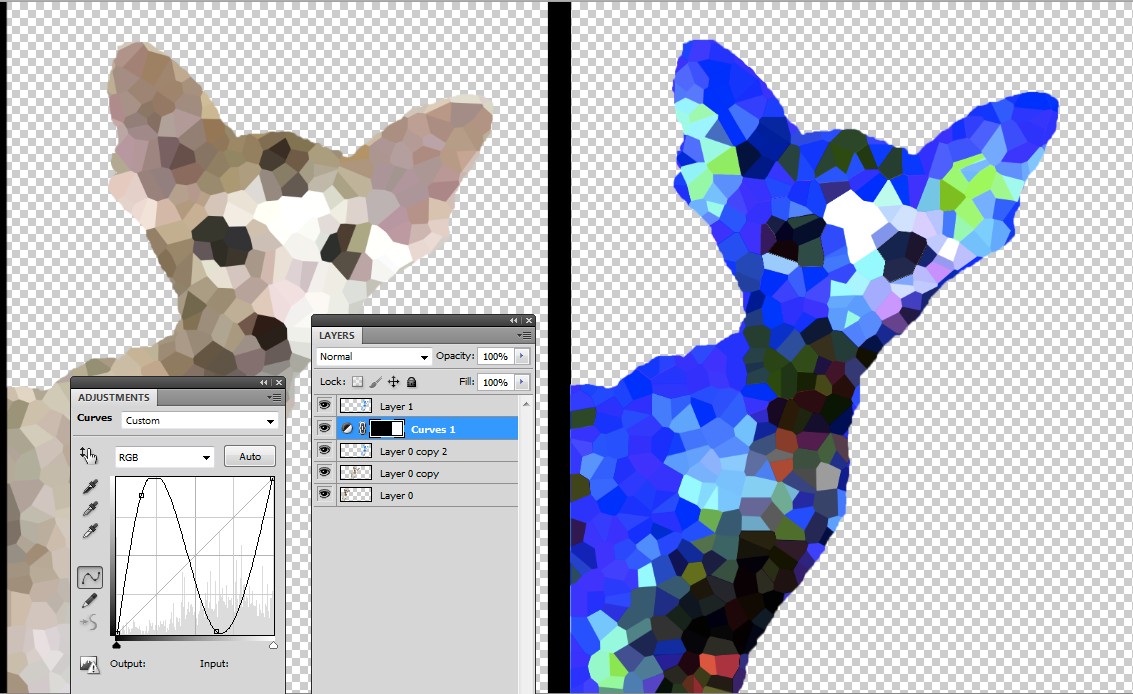 Not the answer you're looking for? Browse other questions tagged adobe-illustrator color color-theory fill affinity-designer or ask your own question.

3
Is there a worldwide applicable color-emotion chart?
10
Color Theory: Is there a measurement of “colorfulness”?
0
What techniques used in this triangulation low poly tutorial
5
Is there any low cost way to Calibrate my display?
4
Low-poly art mesh creation
0
CMYK colors dont add up to 100% ? Whats the trick to mix a color?
0
Color correct to counter low blue light
1
I need to recreate/convert two designs respecting color blindness. Where to start?