How to map a 2D image on a "3D" image in Affinity Designer?

I am wondering how I can edit a 2D-image, and map it to a 3D-image using Affinity Designer. As an example, I want to use the same technique as they do when editing the box in this video: https://vimeo.com/macaffinity/designer from 1:09. 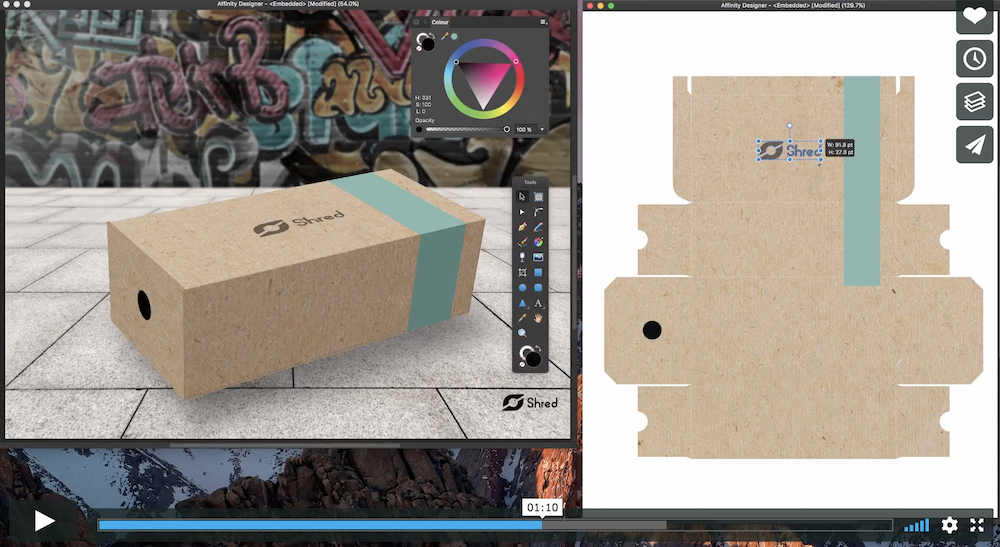 I have tried to create a separate file for the 2D-image, and another file to create a box, and then embed the 2D-image file onto the 3D-image (using the place image tool), adjusting rotation, skew and size of the embedded image to fit one of the sides of the box. This works for one of the sides, but I do not know how to do the other sides of the box as well. I tried to embed the same image three times, but then live editing the original file did not work for all three sides, only one.

Ok - so I had played with this a while back (see my testing image below) so I can tell you that this is a workflow using BOTH Affinity Designer and Affinity Photo.. You create basic document, including symbols, in Designer, open in in Photo, make your perspective warps there onto your box image, file>Place-ing the Designer files, then if you choose to edit the embedded document, Designer opens and you've got live connectivity as shown in that promo video clip. 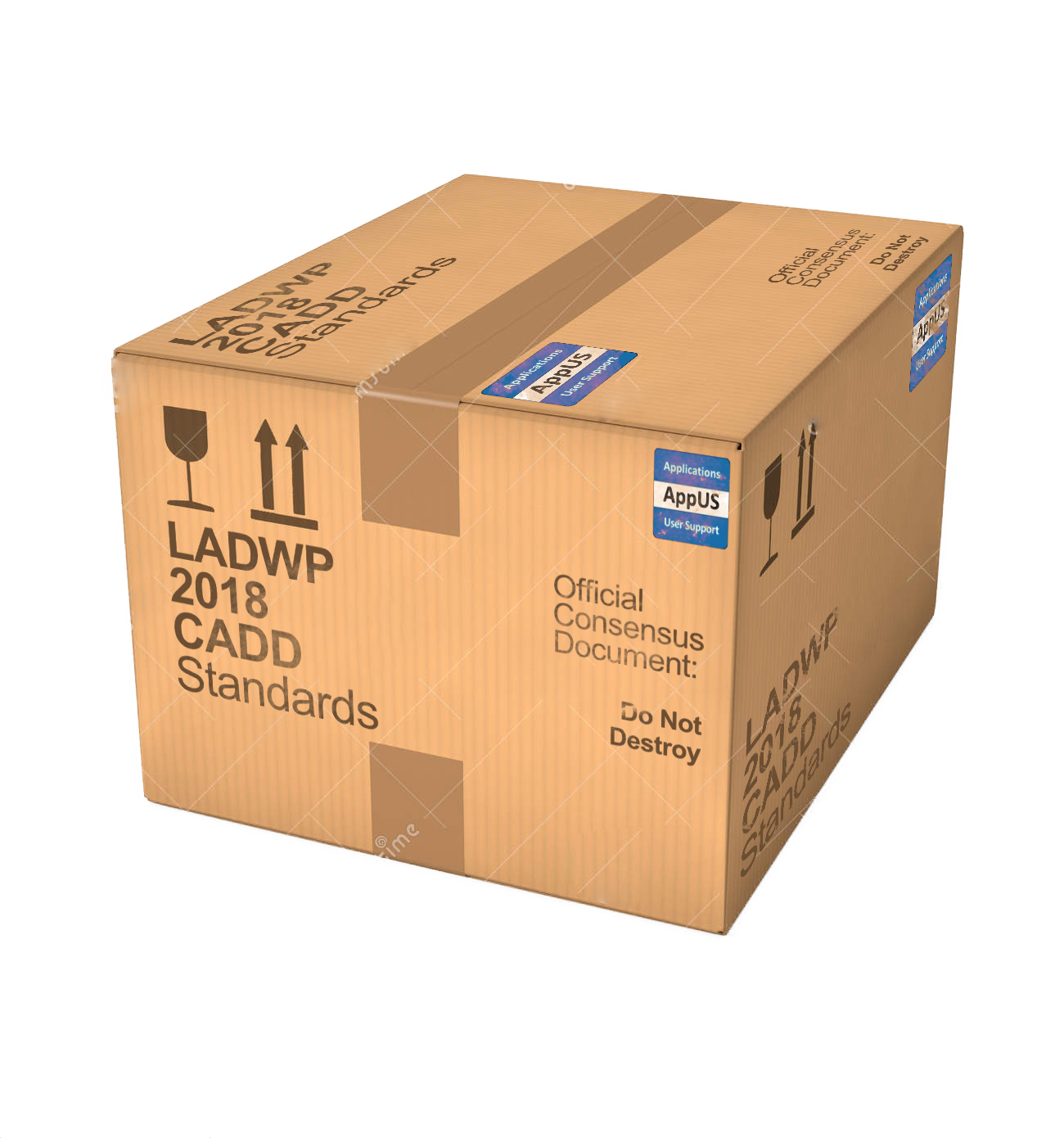 See the linked thread below for more details.

FWIW: as Affinity Designer and Photo can open each other's files, you can also use that as a workflow.

The linking of an embedded object seem not work. But symbols are functional. 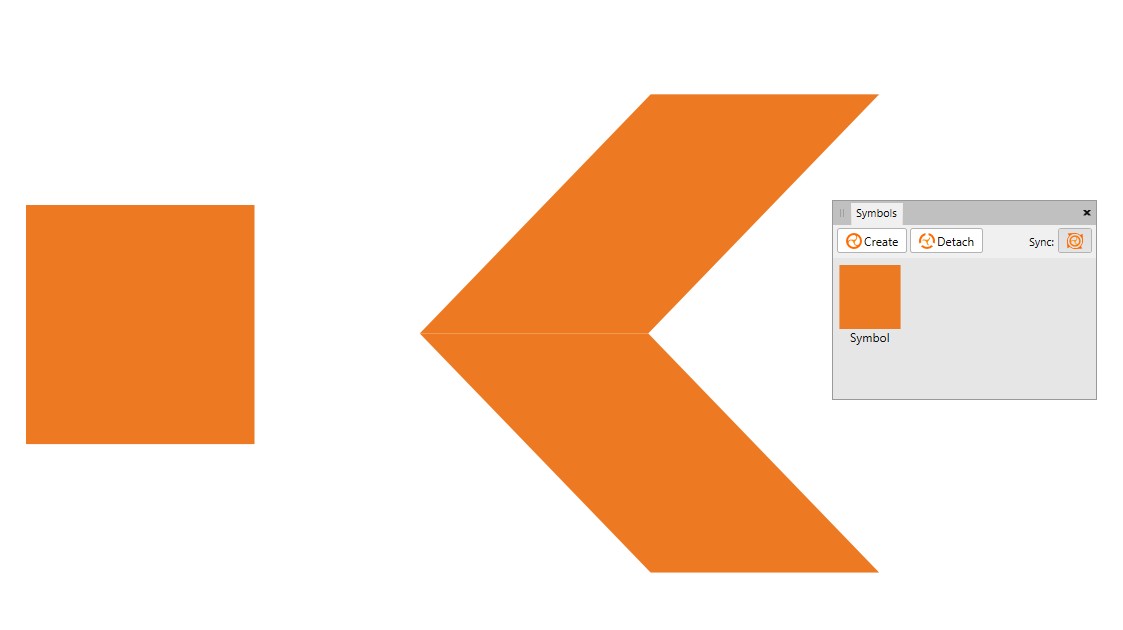 I have selected the leftmost rectangle and clicked Create in the Symbols panel. Then I dragged two copies of the symbol to the artboard and skewed them differently.

All edits except placement and other geometrical transformations I do to one of the instances of the symbol, happen also to the other instances, if Sync is selected ON in the symbols panel.

NOTE: When an object is dragged to the Symbols panel, it also becomes one instance.

If you want to insert a mask to one of the instances, but keep the rest as is, simply turn Sync OFF temporarily.

A group can be a symbol. You can select a part of the group in the Layers panel and move it on the artboard. The movement happens in all instances, if Sync = ON.

There's something not simple behind all. If I put the Sync OFF and recolor one of the instances, I cannot any more get the color of that instance synced. Obviously AD turns separately edited thing unsyncable.

Also the stroke disappeared a couple of times, but it returned when I edited stroke width with Sync=ON.

Skewing, scaling and rotation are not allways enough for wrapping. There's no envelope distortion in Affinity Designer. That makes curved surfaces and realistic perspectives difficult. But you seemingly have got another answer of a workaround in affinity Photo.

BEWARE: It's far too easy to click Detach and break the link of the selected instance.

Not the answer you're looking for? Browse other questions tagged affinity-designer or ask your own question.