Can someone help me create a spiral (helix) similar to the one shown in the image? The creator (paper investigator) told me by email that uses Adobe Illustrator, but I don't know how to. Thanks! 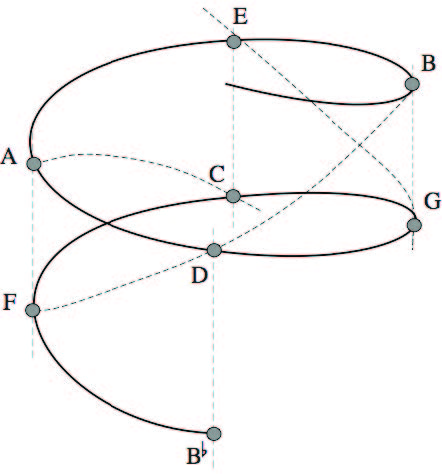 ---UPDATE--- Thanks to everybody. I need to improve it but, using the Curvature tool, this is the results: 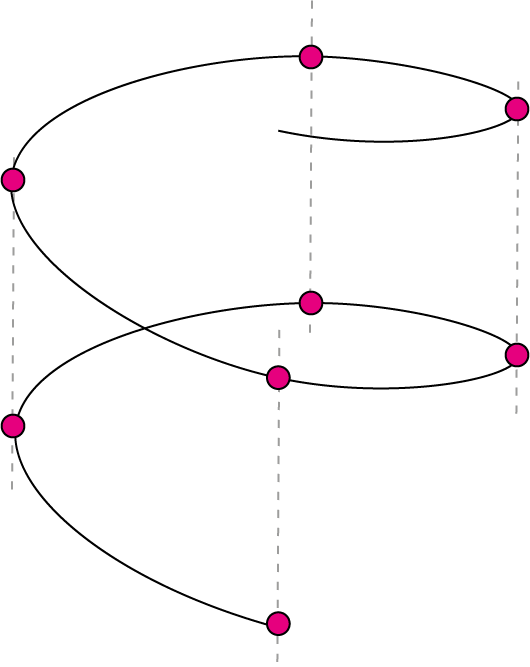 The next isn't mathwise exact but it can be plausible enough 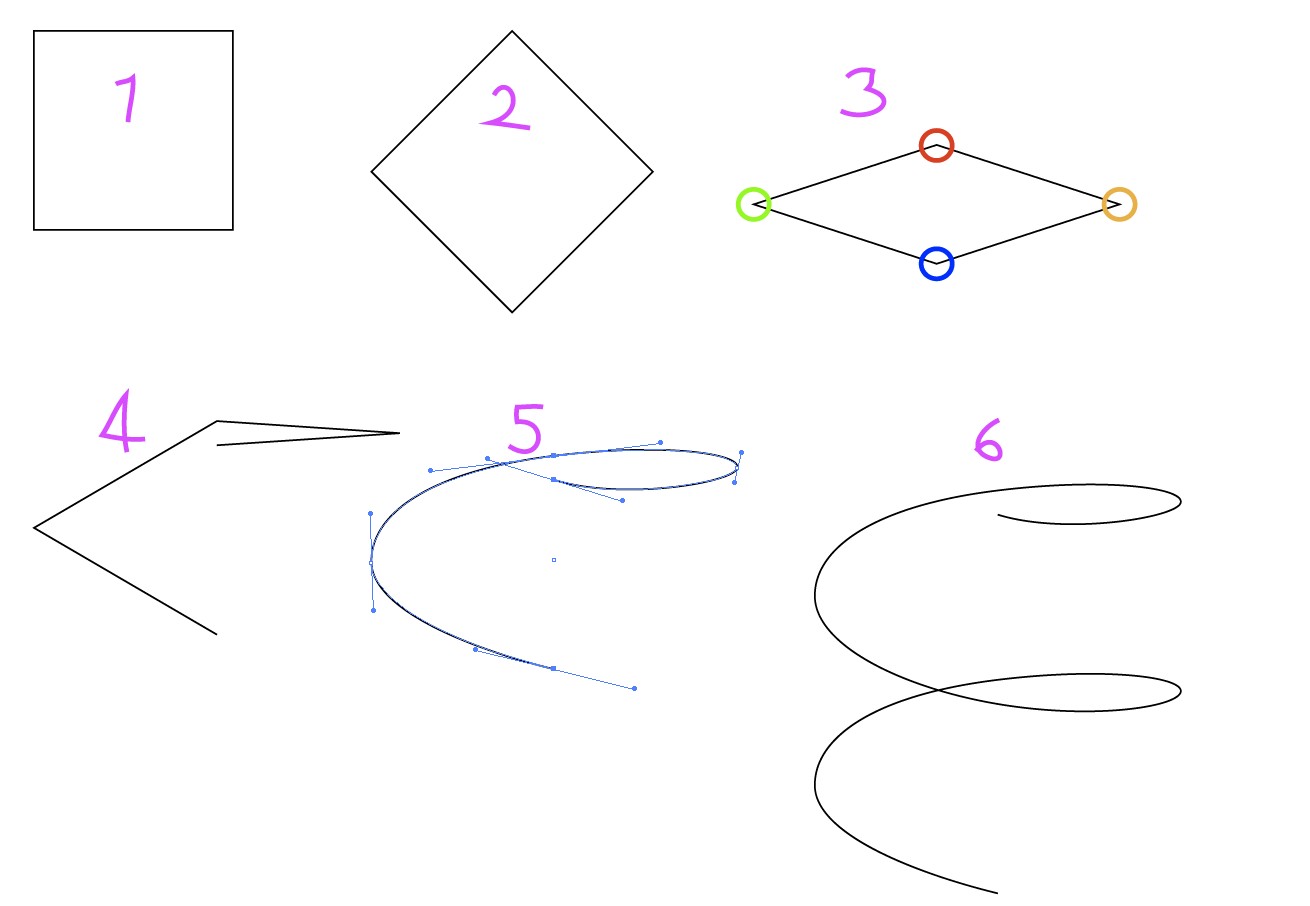 Start by increasing in the preferences the keyboard increment to something substantial, say 5mm instead of for ex. one pixel. Be sure you have smart guides and snap to points ON, no other snaps!

Shift the starting point to its original position; one tick up.

ADD: Nearly any 3D CAD program draws it exacly right with few clicks and save it as 2D SVG or other Illustrator compatible format. This screenshot is from TurboCAD DLX trial (oops, it's CCW, but it can be mirrored) 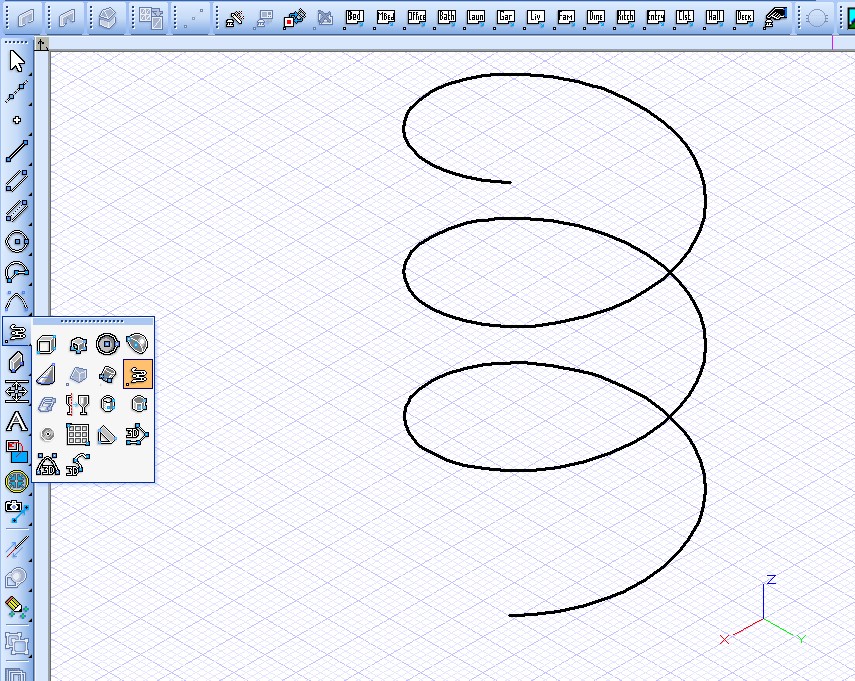 The curve opened perfectly in Illustrator. CAD makes possible to add the terse curves, too in 3D, if one wants it. Then place the note symbols to the crossings in 2D.