I have Power Point 2016 (16.16) running on a Mac with High Sierra and the latest Wacom driver installed on the laptop.

The point is although I can control the input with the Wacom pen, I can't find a way to use it to draw anything. I have seen videos where there was an Ink/Pens menu but they don't show up anywhere.

Have you checked the pen and ink settings for Mac? It's also possible that it might be turned off. Check your Wacom tablet properties as well. The pen/ink menu is probably under the draw tab for Powerpoint. A quick google search led me to this site for Microsoft products I hope this link helps you a bit.

Powerpoint has allways allowed drawing, but it has not been available in a friendly way as in painting programs.

I have quite old powerpoint where the drawing tools are not visible until one selects them in tool customization to be shown.

Here's a sample screenshot. Ink drawing tools have been selected to be visible as tools customization option, the color menu has been opened and there's also a random shape drawn with Wacom. It's much smoother than after trying the same with a mouse. 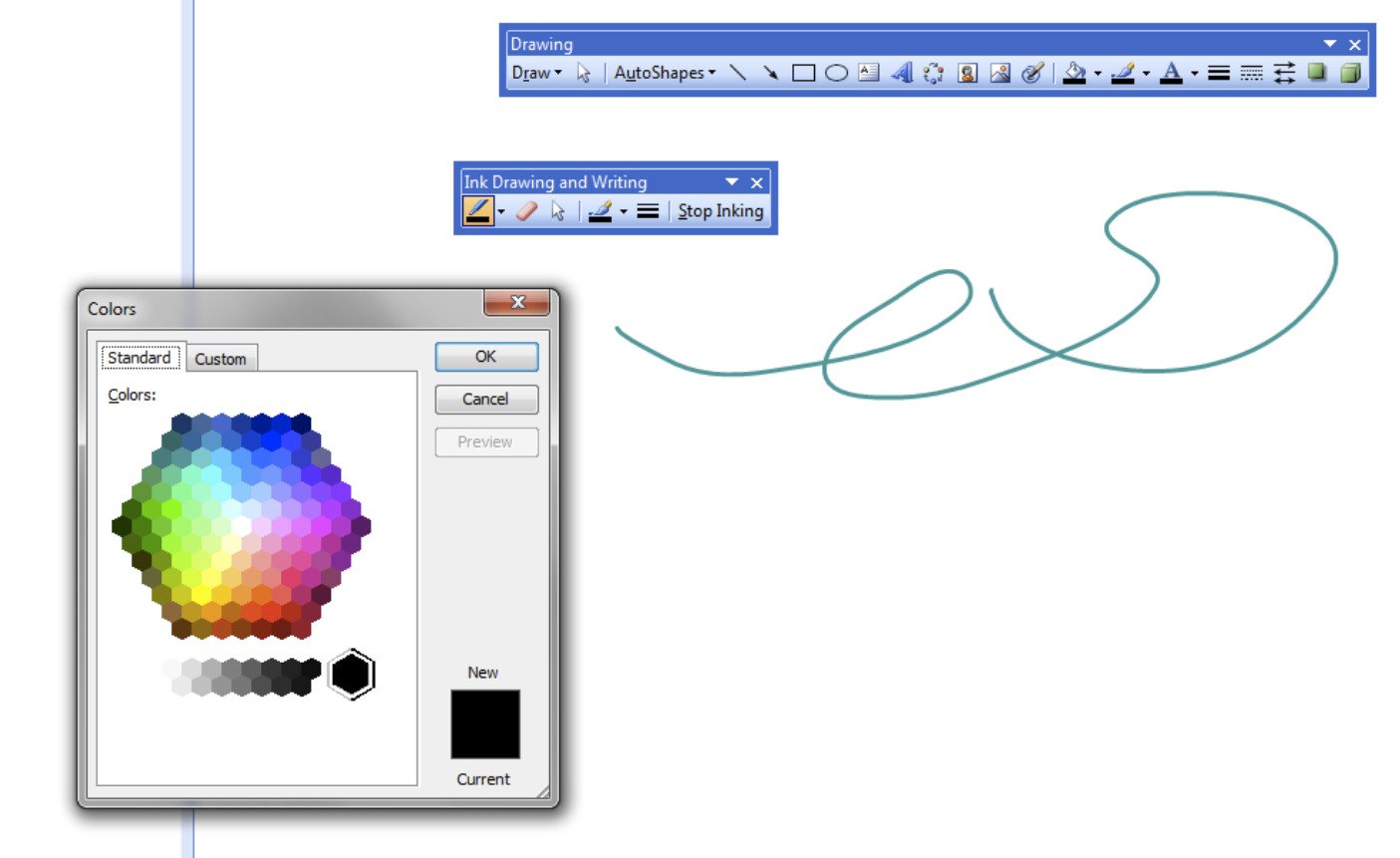