I am a game developer. I am trying to achieve background effect they used in game called Guns of Boom.

As seen on the screenshot, background image has some kind of masking effect which gave it a yellowish color and also made it a little bit faded. This effect reduced complexity of the background, which makes it easier to read UI elements.

I have checked various Photoshop tutorial, none of them gave me this effect. Does anybody know how to achieve such effect?

You could add a new layer above the background layer, fill it with a light flesh colour, and reduce the opacity of the layer.

If you feel the effect is a bit too strong, set the layer blending mode to "Screen" as well. 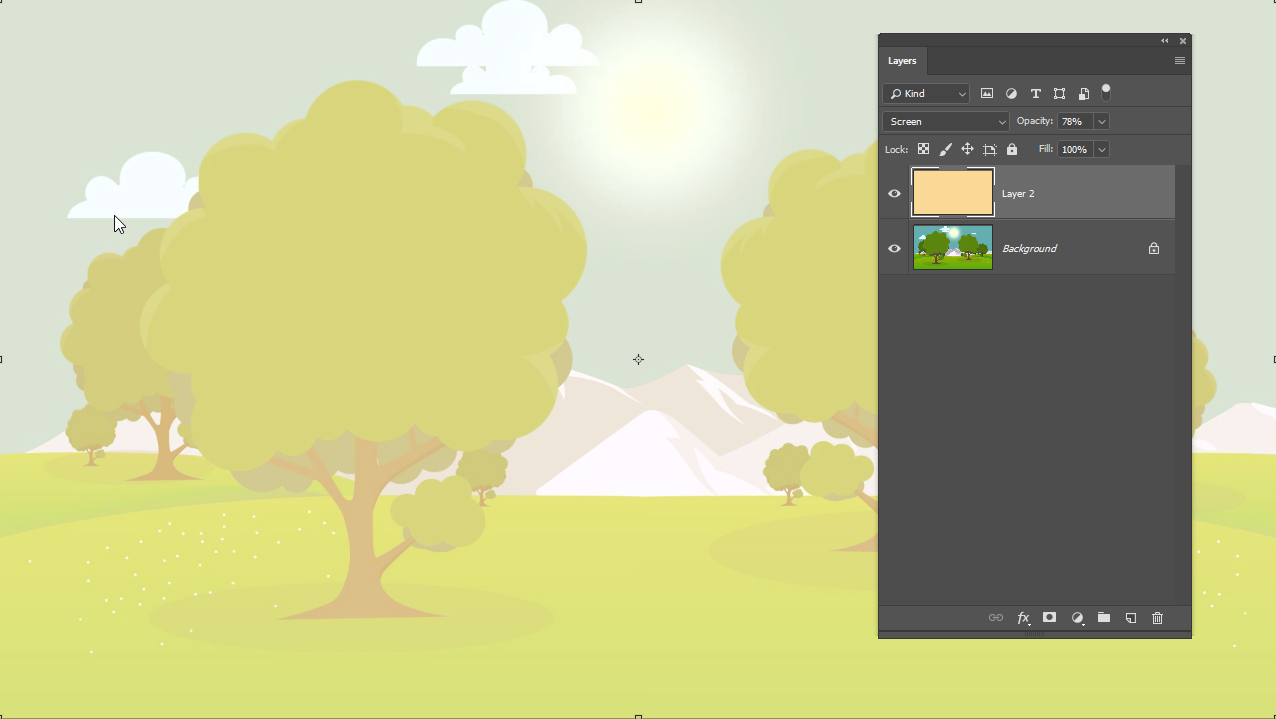 Not the answer you're looking for? Browse other questions tagged adobe-photoshop mask or ask your own question.

0
How can I achieve colour overlay effect in PS?