Cinema4d: how to move a selection of points towards a camera's origin

I want to translate a selection of points along the camera ray in Cinema 4d.

The desired effect is to have the points retain the same screen based 2d position but change there 3d world position.

How is this done in cinema 4d? I'm missing the terminology to search it.

Here is an image to help describe... 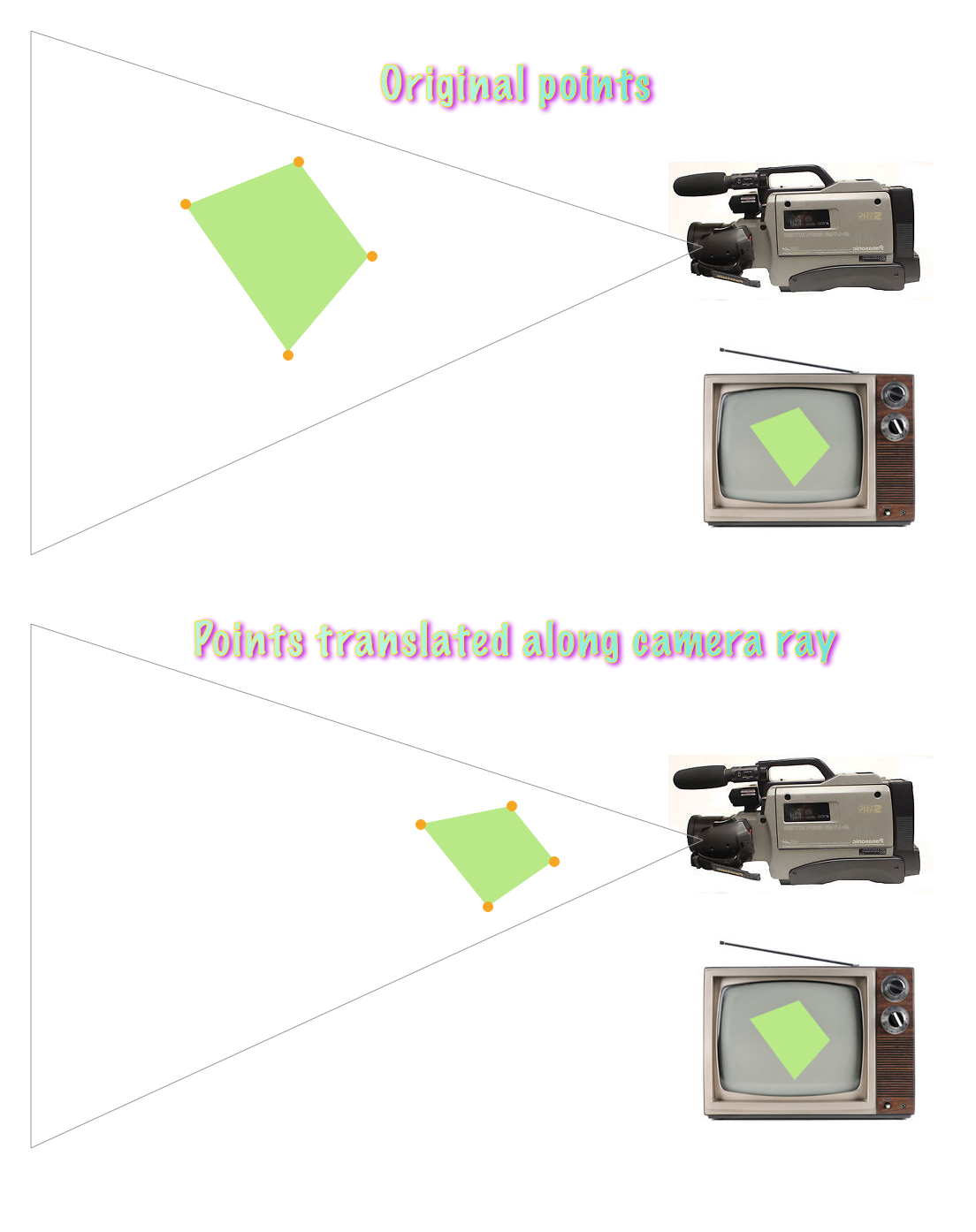 If we do not change any properties nor the placement of the camera, the only theoretical solution principle is the following:

P = the xyz coordinate of the point at the moment t

Po = the initial xyz coordinate of the point

C = the xyz coordinate of the camera

Dv = a constant, the distance where the escaping velocity should be =V

V = a constant, the effective escaping velocity in the midpoint of the image, negative V means moving towards the camera.

t = the running time, 0 = the start of the sequence

The points move towards the camera and they reach the camera at the same time. That time is Dv/V; to get positive time, negative it, if V is negative.

NOTE: there's no need to have constant V, it's enough to use the same V in the calculation of one frame.

I have no 3D animation software. Thus I have no idea how to program this to Cinema4D. Sorry!

As @joojaa points out, the answer is to scale the points from the cameras origin.

There may be better ways to do this; one way is: