Name for Stripe Pattern & Implementing It in PhotoShop or Illustrator

I'm looking for the name of this style of striping, as well as how I might go about implementing it as, say, a vector mask. See below the image for additional thoughts. 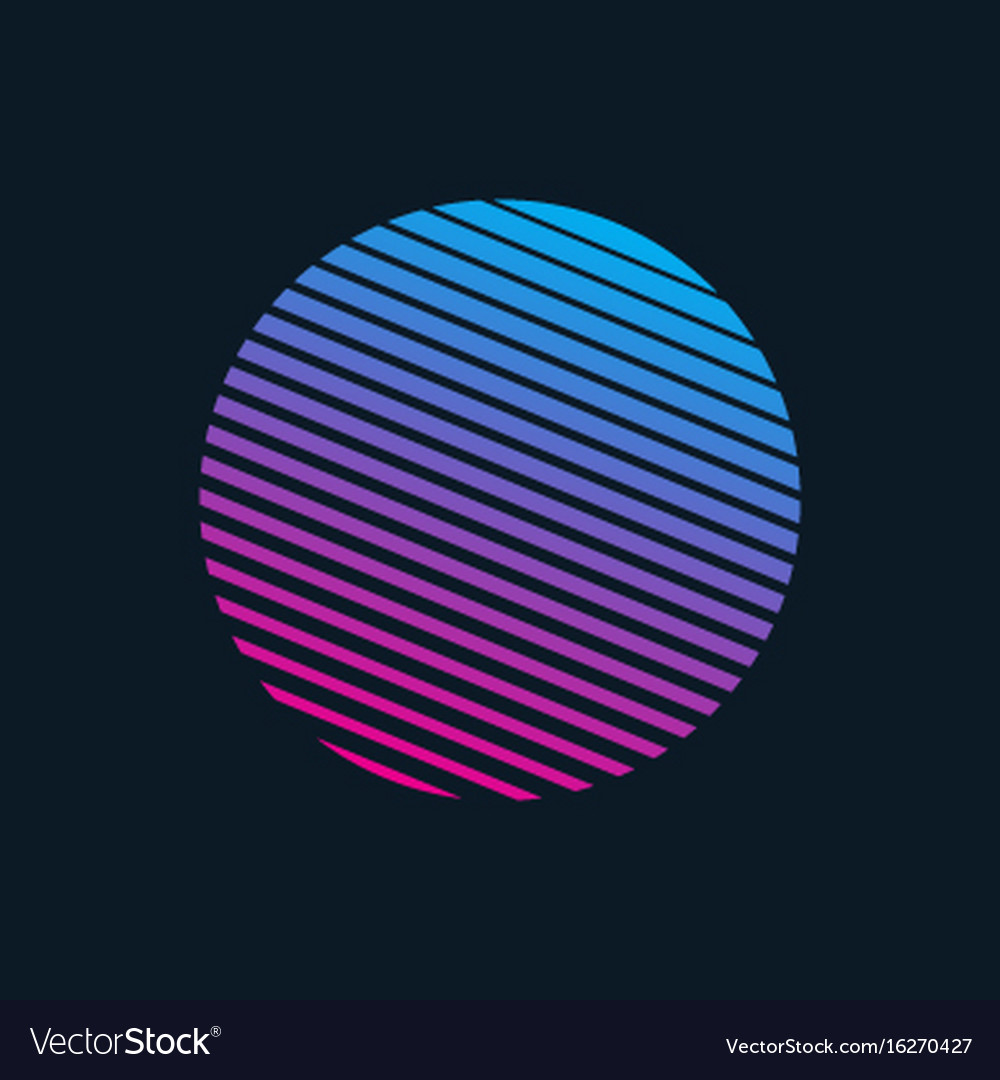 Ultimately, I would love to figure out some way to create a selection or mask that makes each section a certain width, and alters the negative/positive space by a specified increment from stripe to stripe. I would like to be able to create such a mask/selection pattern over a solid shape, and resize the pattern until it had the right look before applying it to the solid image and knocking out all the appropriate negative space stripes.

As of now, my best idea is to create a guides layout in PhotoShop to represent the sections, then manually create a guide within each section, moved by a certain number of pixels, then using those guides to make a big complicated selection, finally converting it to a path which can be resized. This idea seems kind of masochistic to me.

Seemingly nearly same is presented already as a comment: 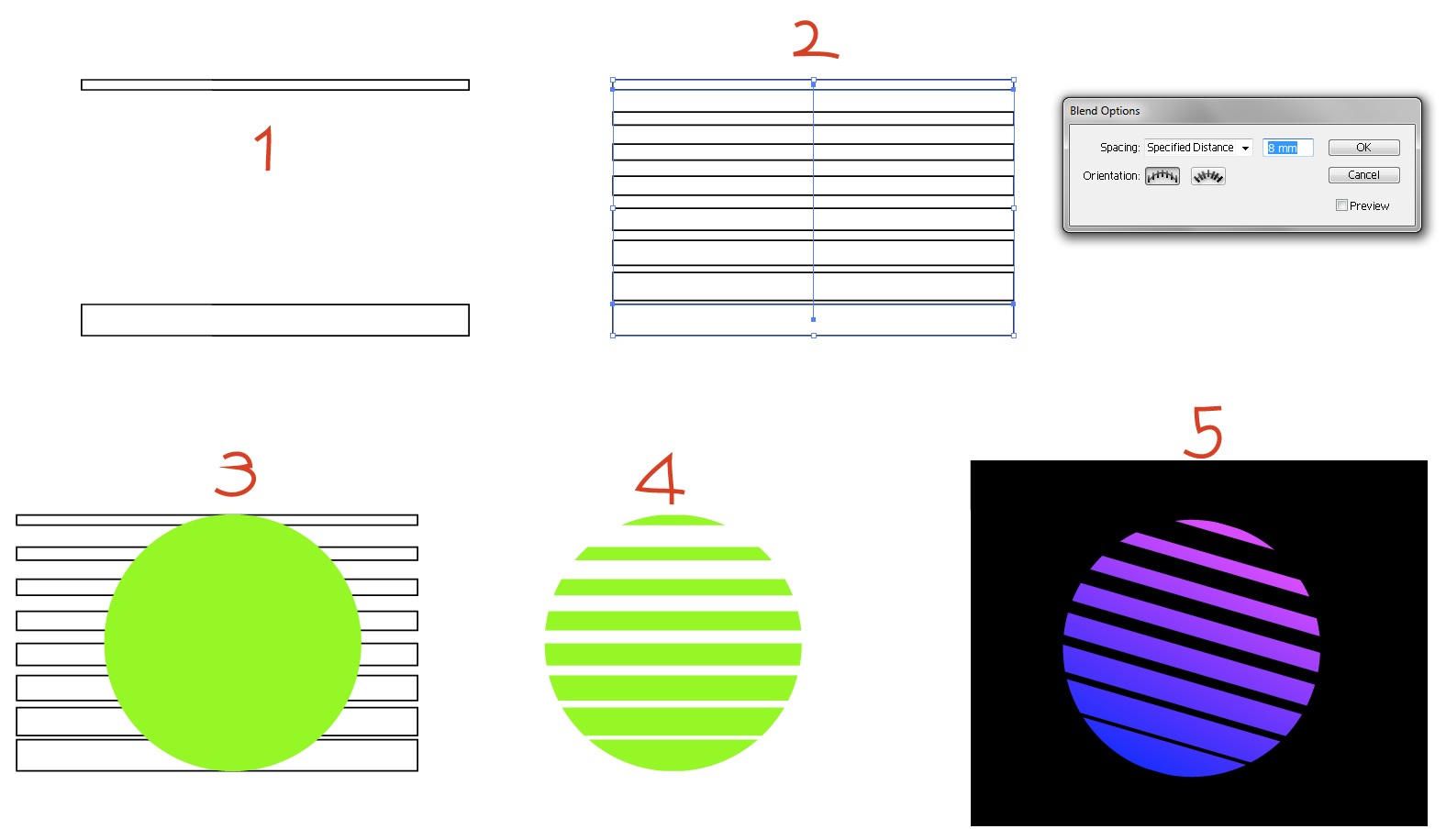 No need to expand the blend nor make a compound path, if you want to transfer the slices to Photoshop without clipping them to any other form in Illustrator. Only select all, copy to the clipboard and paste to Photoshop. After pasting you can select the wanted object type and you can scale before rasterizing, if you want a bitmap.

You can copy and paste the result into Photoshop after step 4. You can take it as bitmap, smart object, vector shape or path: 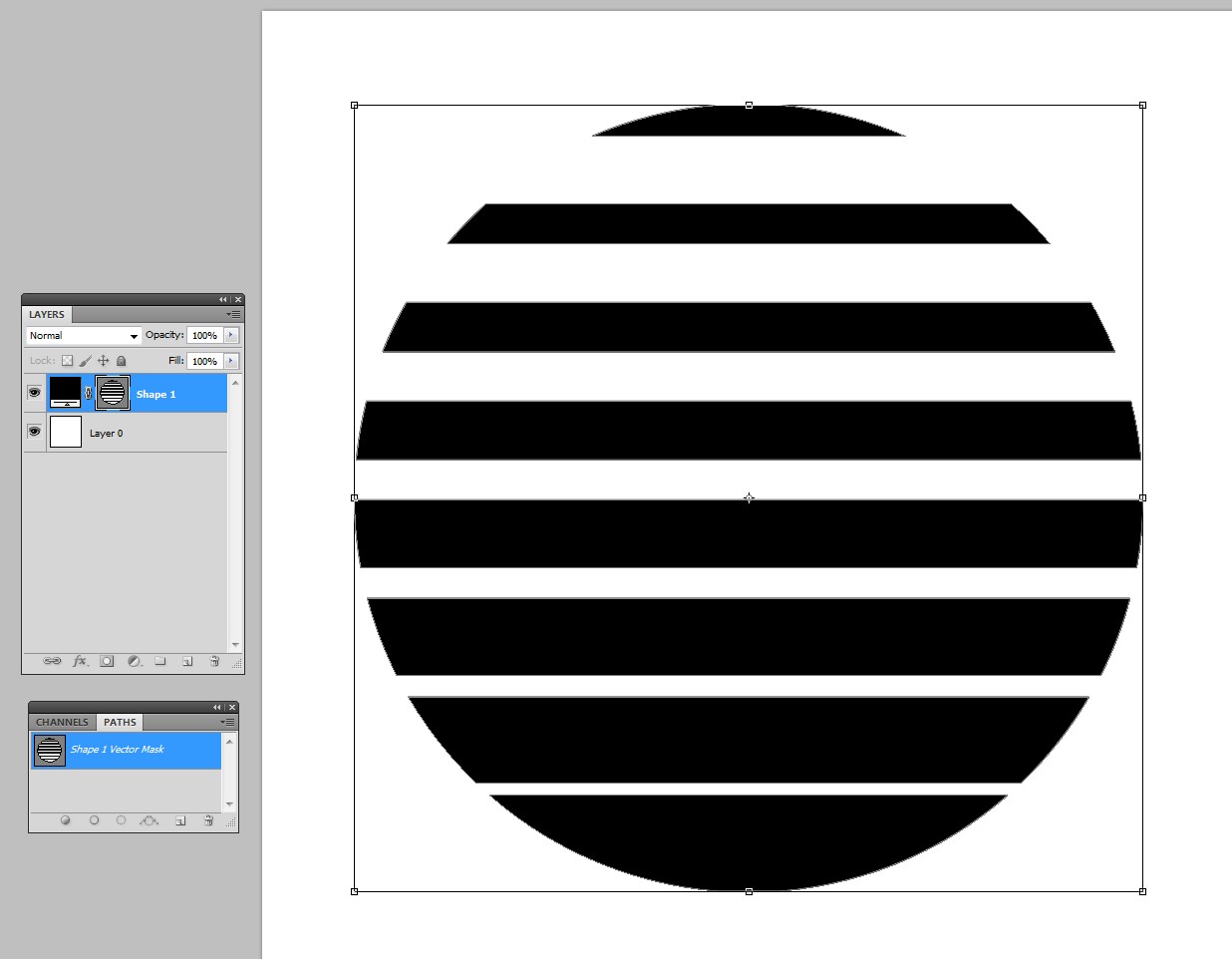 You can use it in Photoshop like any shape. here it's a rasterized layer mask: 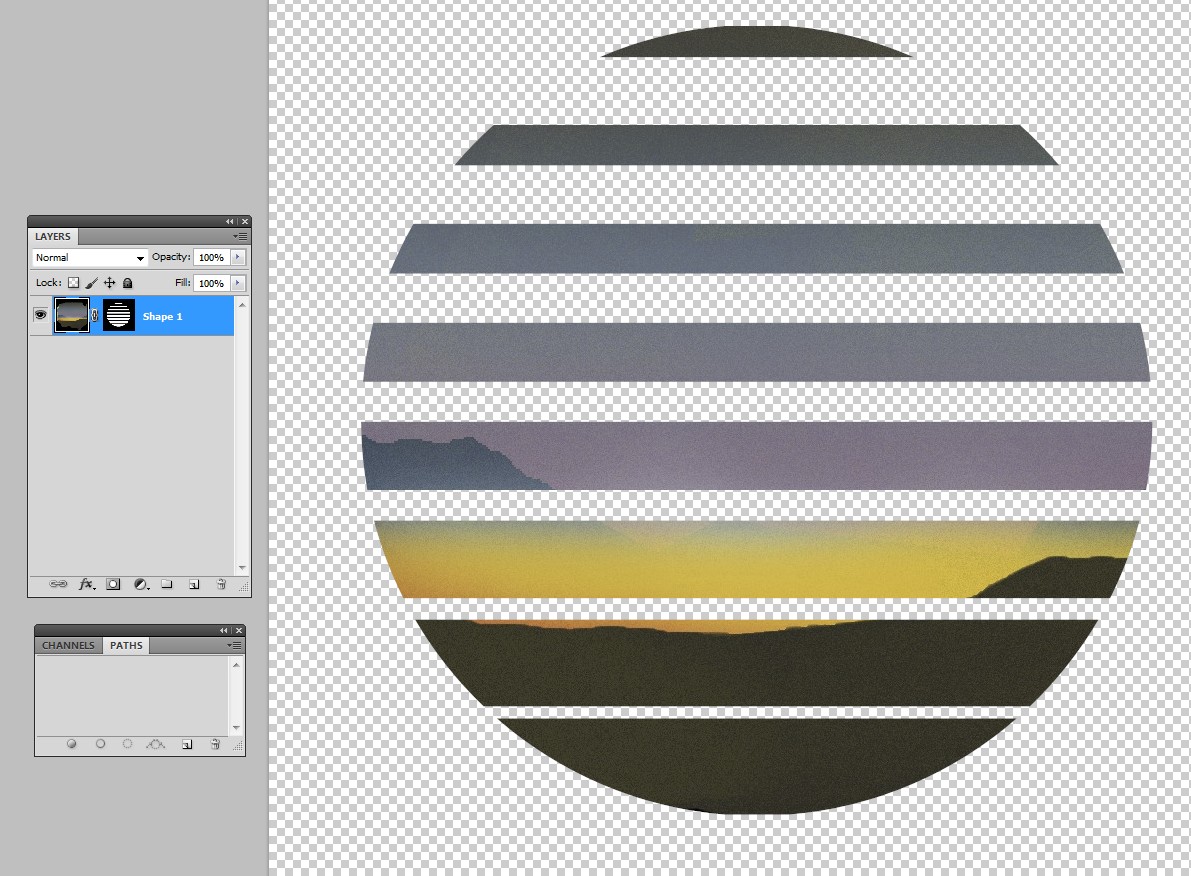 Not the answer you're looking for? Browse other questions tagged adobe-photoshop adobe-illustrator mask patterns or ask your own question.