Can I combine rounded and sharp corners in the same design?

The purpose from of this from a UX perspective is to visualize that the rounded is for displaying information and the sharp is for actionable elements.

Is it acceptable from a graphic design perspective in to combine both rounded and sharp cornered elements on one page? 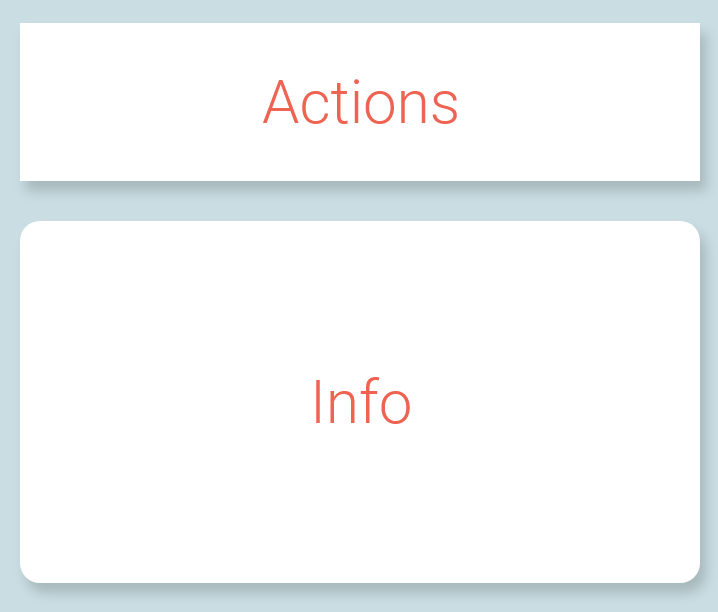 From a basic UX perspective, yes. The logic checks out within the context that's been provided:

Though, without testing or validation there's no way of knowing if you've overcompensated or just barely met the mark.

From a graphic design perspective, there's not enough context to argue either way so, there's not going to be a finite yes or no beyond "you can do whatever you want."

I think, instead of asking "can I combine some elements in rounded containers and others in straight-edge containers?" ask:

It could go either way depending on how these styles contribute to the overall design system as a whole (which is far more important by the end).

Generally, it's difficult to balance contradicting styles so they're used sparingly, saved for larger banner/features/highlights, or for one-off artistic thought experiments. You can create a website using only fire truck red and blue lagoon... blue but it's going to be a challenge to create a complimentary, comprehensive, multifaceted design system that provides an intuitive, enjoyable experience. I would add more context by fleshing out the rest of the design system first. That should help reveal problem component styles, etc.

There are no rules. If it looks right, it's acceptable.

You can do whatever you want, but a better UX is to drag the straight line shapes all the way to the edge of the screen and keep buttons and such rounded. This will create a better separation between elements. Just look at Instagram and stuff, these guys are spending millions inventing 'the rule'.

Not the answer you're looking for? Browse other questions tagged interface-design applications corners consistency or ask your own question.

1
Rounded corners adjacent to square corners
2
Design Nuances: Can they add value to any design, or are they simply a personal taste decision?
0
How to achieve pixel perfect curves with Photoshop CS6?
3
How to best represent different priority levels using icons?
2
Web design concept to represent categories
7
How can I ensure consistency in web design?
0
Advice picking colors for a videogame interface