Batch converting EPS to BMP, PNG and SVG in one go

Does anyone know if there is a way to batch convert EPS files into BMP, PNG and SVG all in one go rather than doing in three different stages? I currently use a combination of Illustrator and Photoshop so that I don't lose too much quality of the image. It would save a great deal of time if these converions could be done in one go.

I know that in Affinity Designer I can set up multi-format, multi-parameter export slices in the Export Persona which could accomplish most of this, and AFAIK you can do similar in Illustrator with the Export to Screens workflow. 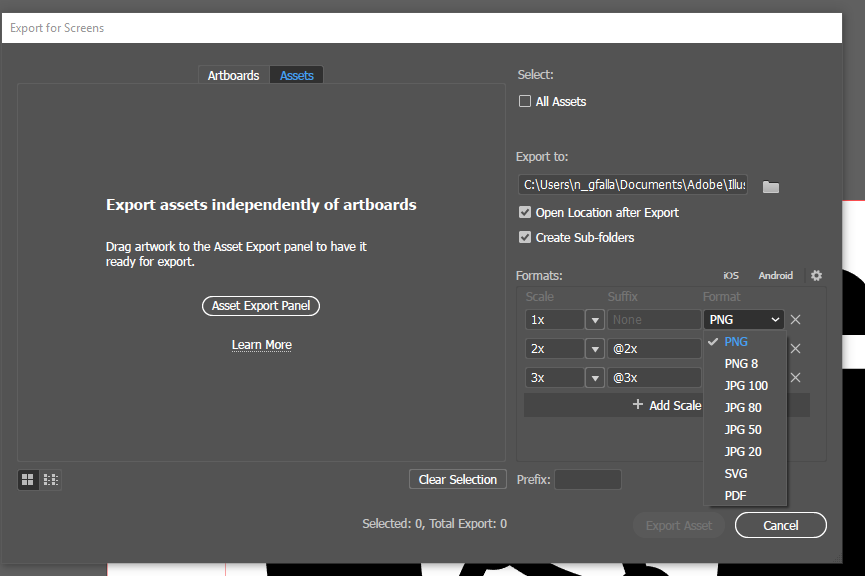 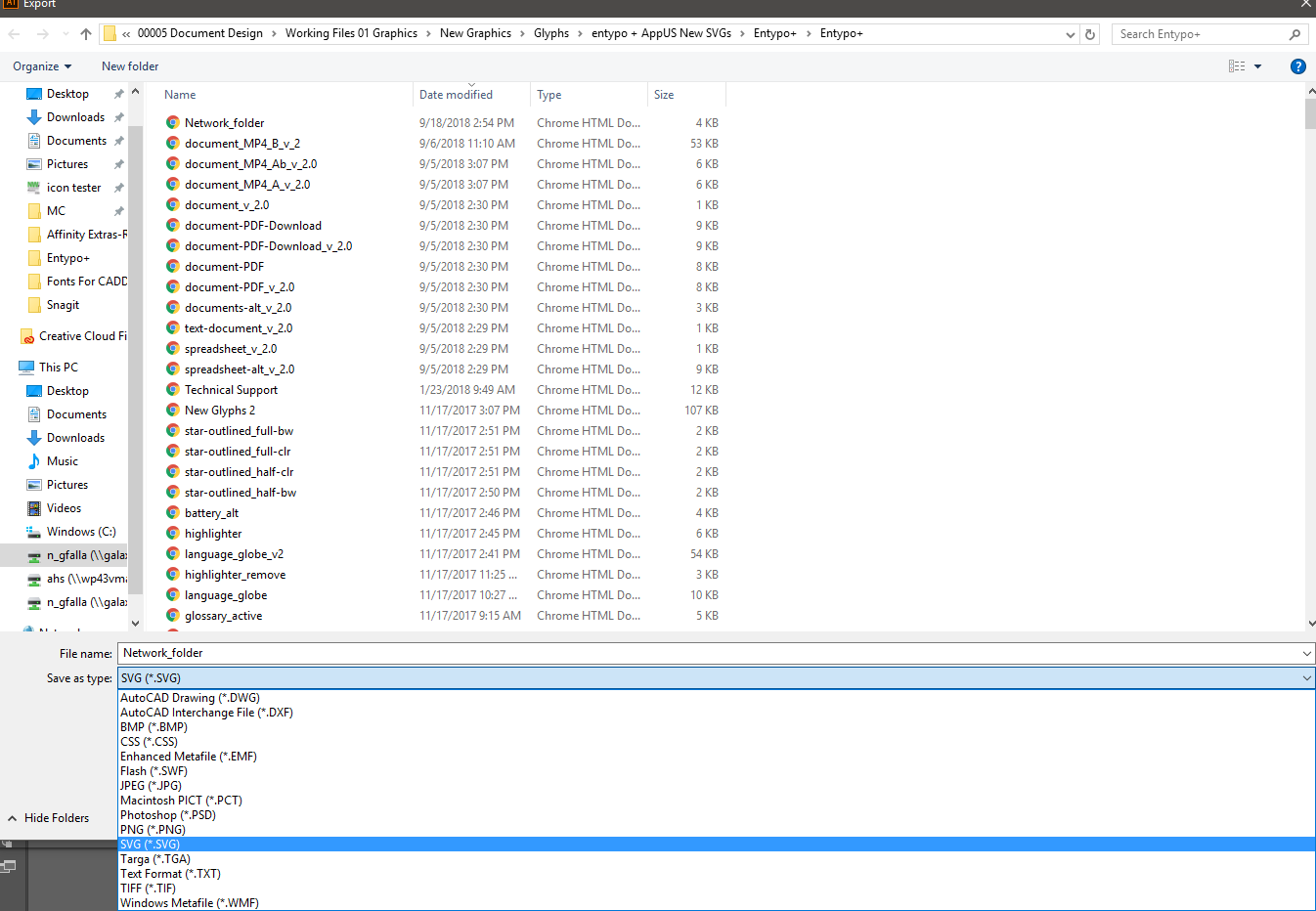 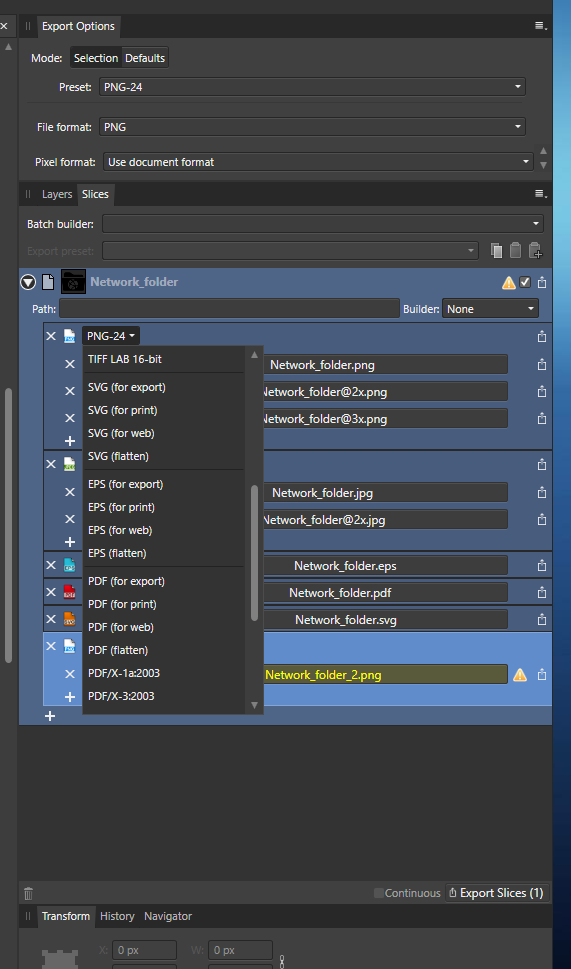 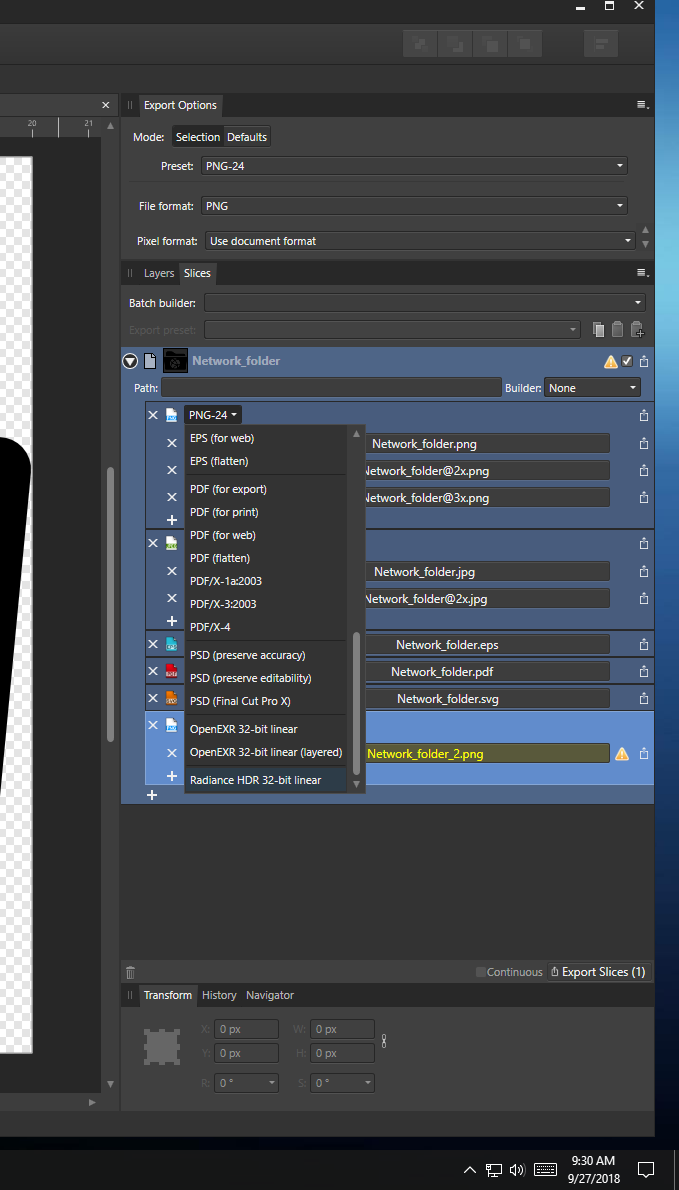 But... in both cases, though they will save raster files as well as vector formats like svg and pdf, I don't think .bmp is a format either will happily export - they will export formats more commonly used in the graphics world - so .png, .jpg, and in Affinity Designer's case, add .tiff, .psd & .exr to that list... but neither lists .bmp. You will have to accomplish a batch conversion outside of either of these tools from say .png-24 to .bmp.

Not the answer you're looking for? Browse other questions tagged batch-processing eps file-conversion or ask your own question.