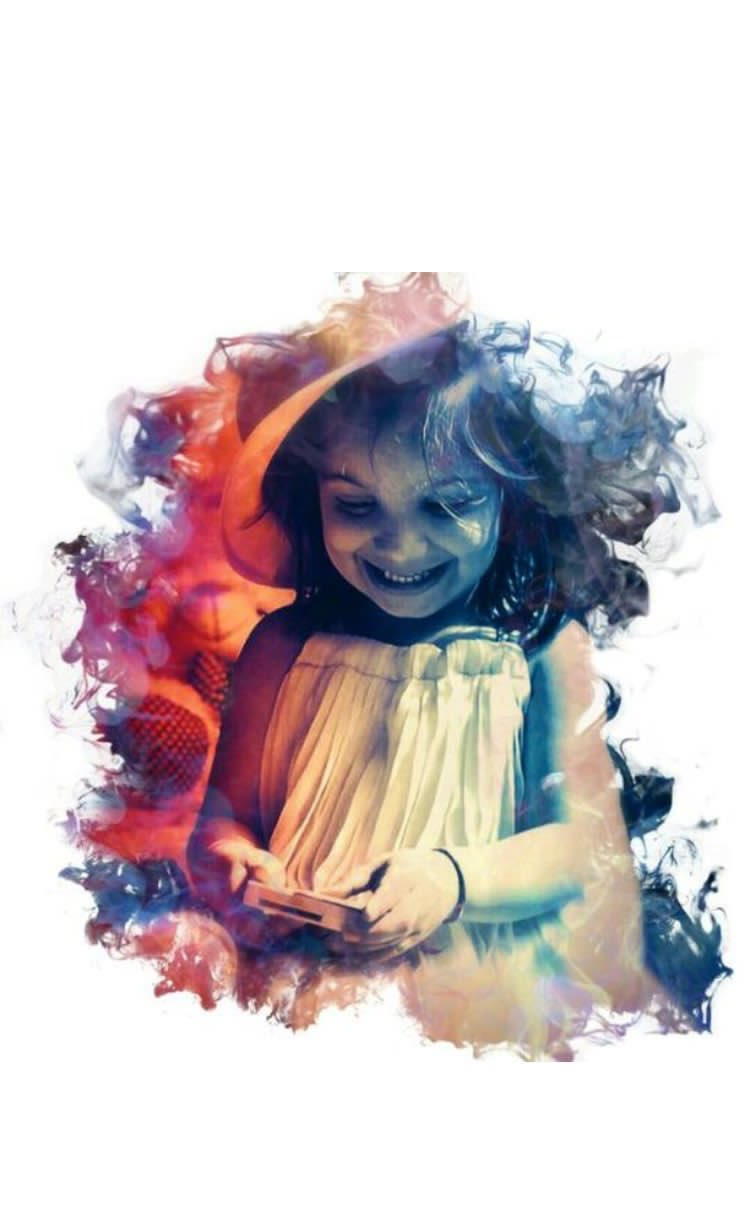 I’ve been seeing this type of graphic a lot. Can anyone sugggest how can I achieve this design using any tool/ services.

You would need a raster image editor such as Adobe Photoshop, or even the free sofware GIMP could do it. Basically, software which supports layers, and layer masks, and which can be used for raster image editing - not Adobe Illustrator.

The image is a photograph, which has been masked using another photograph of an ink splash in water, then an additional layer painted with colour, and with the blending mode set to Color.

The image creator has put both images on separate layers, then masked around them both with feathered edges.

Once the composite is where it's needed, the creator seems to have used a LUX effect to give a washed out, retro look, similar to what you can achieve in web apps such as Instagram.

As you can see from this screenshot of a quick and crude demo I did for this question, it's fairly simple.

The lux effect you can see at the top would usually be a plugin effect. However, for the purpose of this demo and taking in to account most people don't have these plugins, I faked it using a colourful image and blended it in with Color Burn and reduced opacity.

*Don't downvote me for the example. I'm short of time! Haha! 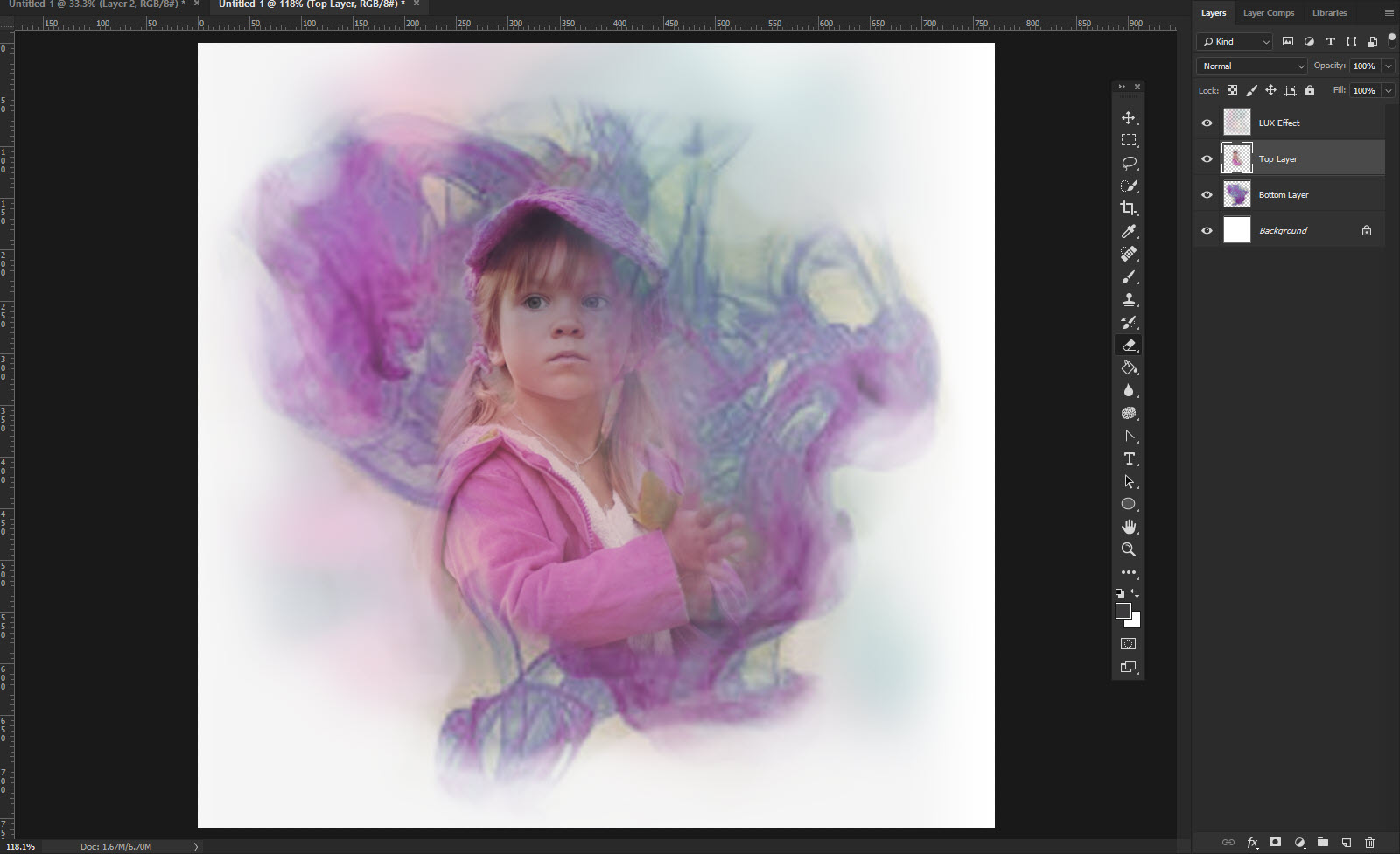 5
How do I make this image in image effect?