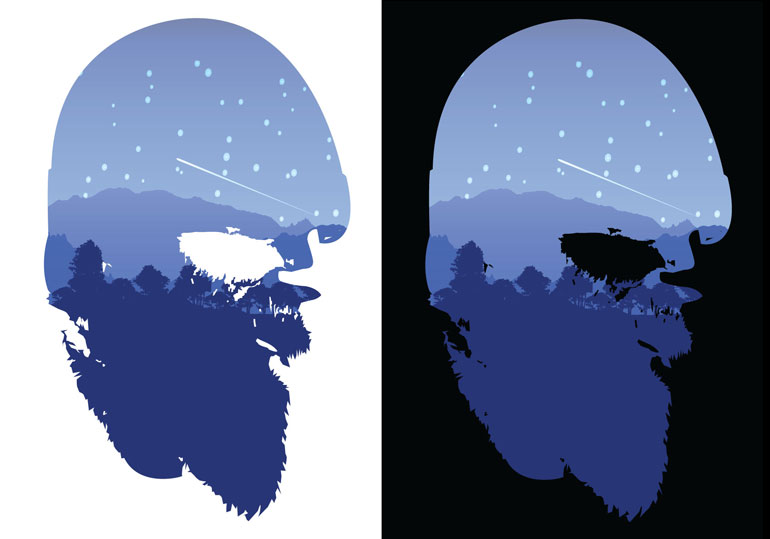 My question is what can I do to make the logo successful on any t-shirt color?

I'll try to give a solution.

The first point is not an answer, but a question: where's the man face? I read your question several times thinking that I did not understand it well, looking for the head of a man, but I still find it difficult to recognize it. Is this one? 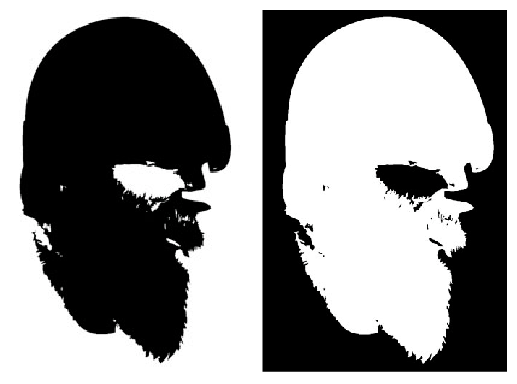 Figure–ground organization is a type of perceptual grouping which is a vital necessity for recognizing objects through vision. In Gestalt psychology it is known as identifying a figure from the background.

Ok, if this is quite difficult to see it, used as a frame for an illustration, it will be totally imperceptible. You are trying a double reading that doesn't work. In your case the ground is above the frame, in both versions, positive and negative. And the single image in negative doesn't work at all.

I think you should work on the profile of the image to reduce the noise and transform it in an frame. At the point where it is now, used as a frame, it is just that, noise around the illustration. 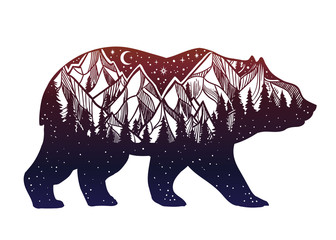 Printing over a color t-shirt is different than over a paper, you need another ink, the white. To obtain the image of your illustration on a black textile, first there must be a white ink layer. Knowing this, a recurring solution is to make the white layer exceed the illustration by forming a second frame outside the image: 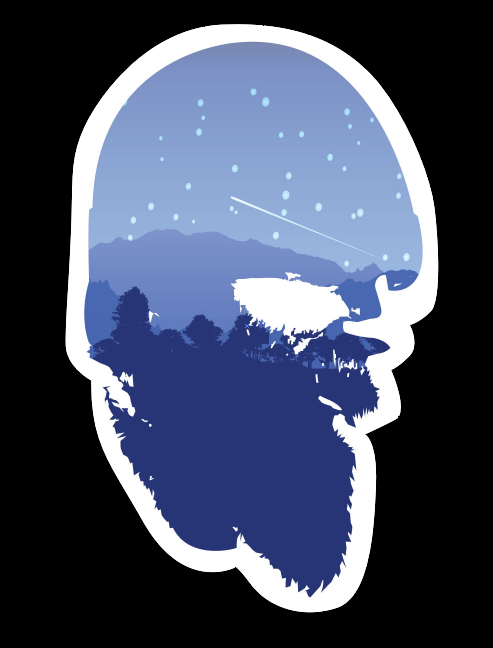 Not the answer you're looking for? Browse other questions tagged adobe-illustrator double-exposure figure-ground or ask your own question.

2
How do you invert the colors in a stencil drawing so that the result looks otherwise identical to the original?

1
How to increase negative space / improve scaling of vector graphic?
0
Illustrator clipping mask on blended lines
1
white clipping mask is still visible when saving as png
4
Logo with multiplied transparency blending option won't show up on black - Illustrator
1
How to convert Grayscale object to a specific Solid coated color? - Illustrator CS5
0
Inconsistent colors when exporting from Illustrator
0
How to Split Fill of Text Horizontally In Illustrator?
0
putting text in front of one object and behind another object at the same time in illustrator
1
Why is there a faint line around my clipping mask
0
How do I create a texture from this image so that black is ignored but white is applied on whatever?