I was trying to practice finding vanishing points in different images, and most tuts I followed showed images with at least some rigid surfaces like a table or something, but, I found a particular image, that I think has only one vanishing point, but am not quite sure how to plot the vanishing point of. How do you suggest I plot vanishing points for such images?

EDIT: I need to find the vanishing point and the horizon line because, in blender there is a tool that allows you to set the focal length of the camera feeding in these two data, and I'm unable to do so in the specific cases of such images as below: 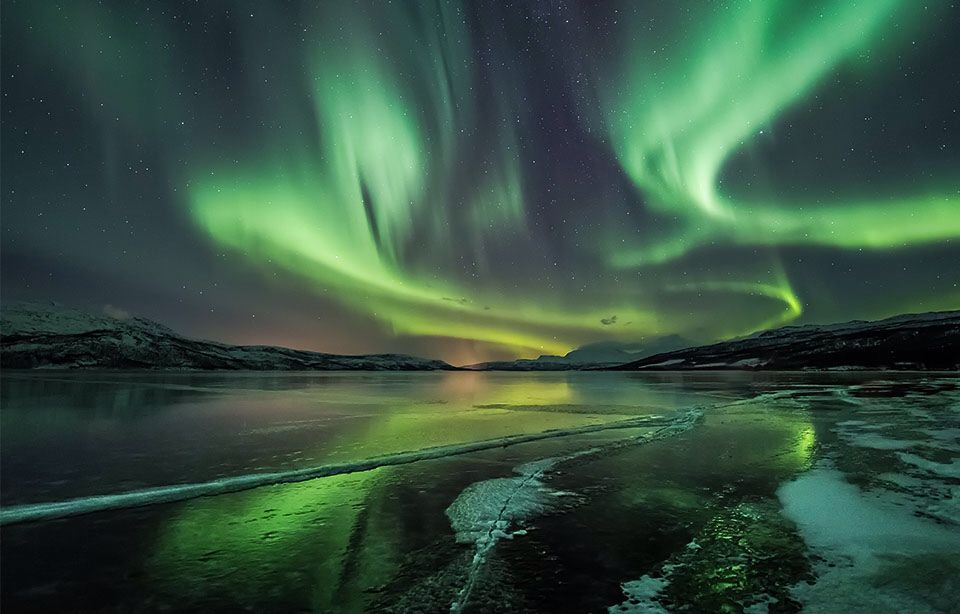 Nope. There is not only one vanishing point. There is an infinite number of them.

You are thinking in terms of a cityscape where we have orthogonal walls. Each wall has its own set of vanishing points.

But when you have a natural organic landscape you do not have clear angles, so forget about them. That is why you do not see clear vanishing points.

Let's imagine there are some towns on the horizon. If I choose to build a road for them, I would build a road with parallel edges. But as you can see I can build different roads, each with its own perspective.

The yellow and the red lead to the same town, but they have a different perspective. The red one looks as if the camera is lower on the ground.

The orange and the blue leads to different towns on the horizon. And all of them could be feasable. 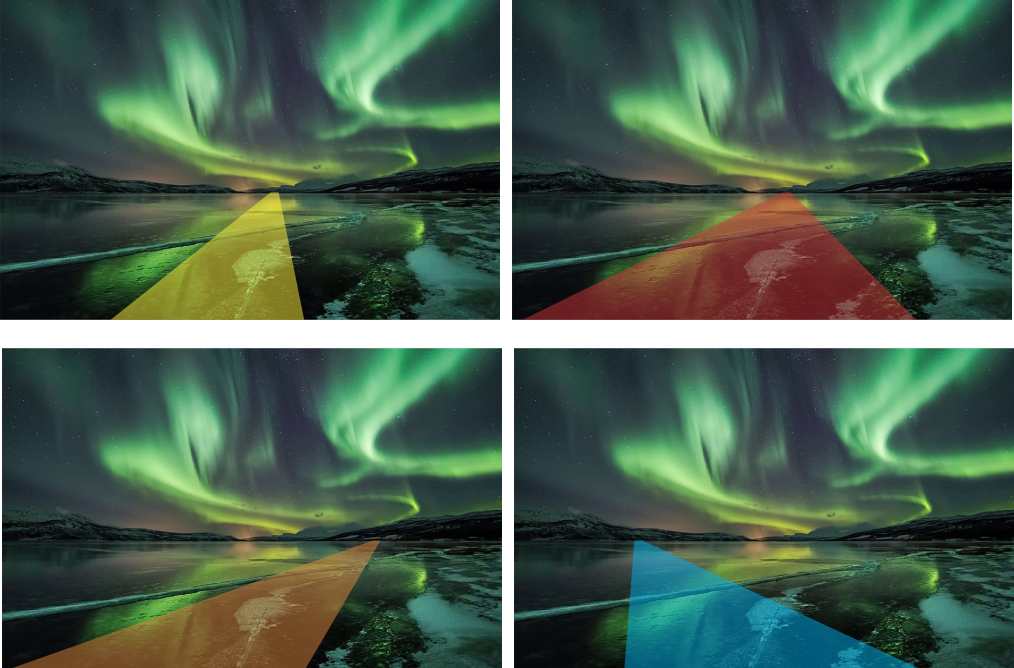 We are used for a two-point perspective because we live in a constructed world, A room, a table, a city block.

So let's try to put a rectangular base, probably for a small building.

The (A) image does look odd. Let's find out why.

We are assuming that the horizon is flat. If I draw some perspective lines to the horizon and one of the 90° border (closer to the camera) we can see that the other two are off (B). We simply need to correct them (C) 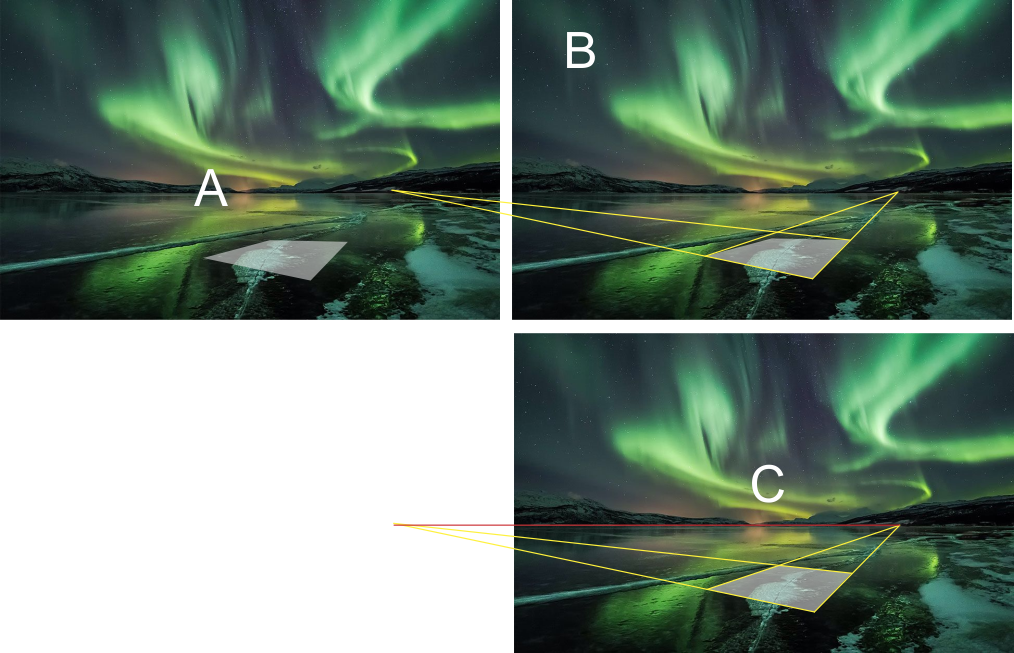 But this does not mean that they are the only vanishing points. 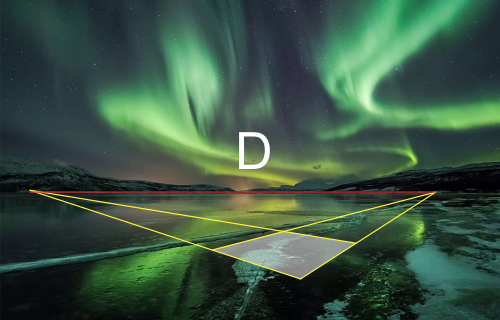 So. There is not only one vanishing point. There are endless ones. Choose two and enjoy!

Most of us can see it and mathematicians have also proven that in a perfect 2D perspective image of a 3D scene any set of parallel lines seem to point towards a single point which is called the vanishing point.

Every set of parallel lines have their own vanishing point. That point depends also on the used imaging method and its parameters.

Trying to figure out vanishing points for something else than sets of parallel lines, is mathematically nonsense. If an artistically oriented person some day tells that he can see the vanishing points also for curved forms, I do not claim he is lying or he has taken something. His own experience can bypass the limits what's defined exactly in math. Unfortunately we have no language to describe experiences exactly.

3
At what point does 1 point perspective become 2 point perspective?
1
What is this type of perspective called?
2
What are the causes behind the distortion that happens when you place a cube outside the Cone of Vision?
0
Perspective Theory - View
1
how to find eye level in complex pictures?