Why does moving the station point change the COV but not if you move the picture plane?

However I have read that moving just the picture plane wont affect the cone of vision and I cant understand why?

Edit: I am curious about the size/scale of the cone of vision, not necessarily the angle

Cone of vision is measured as horizontal and vertical angles. Only those objects are in the image which are inside the cone. 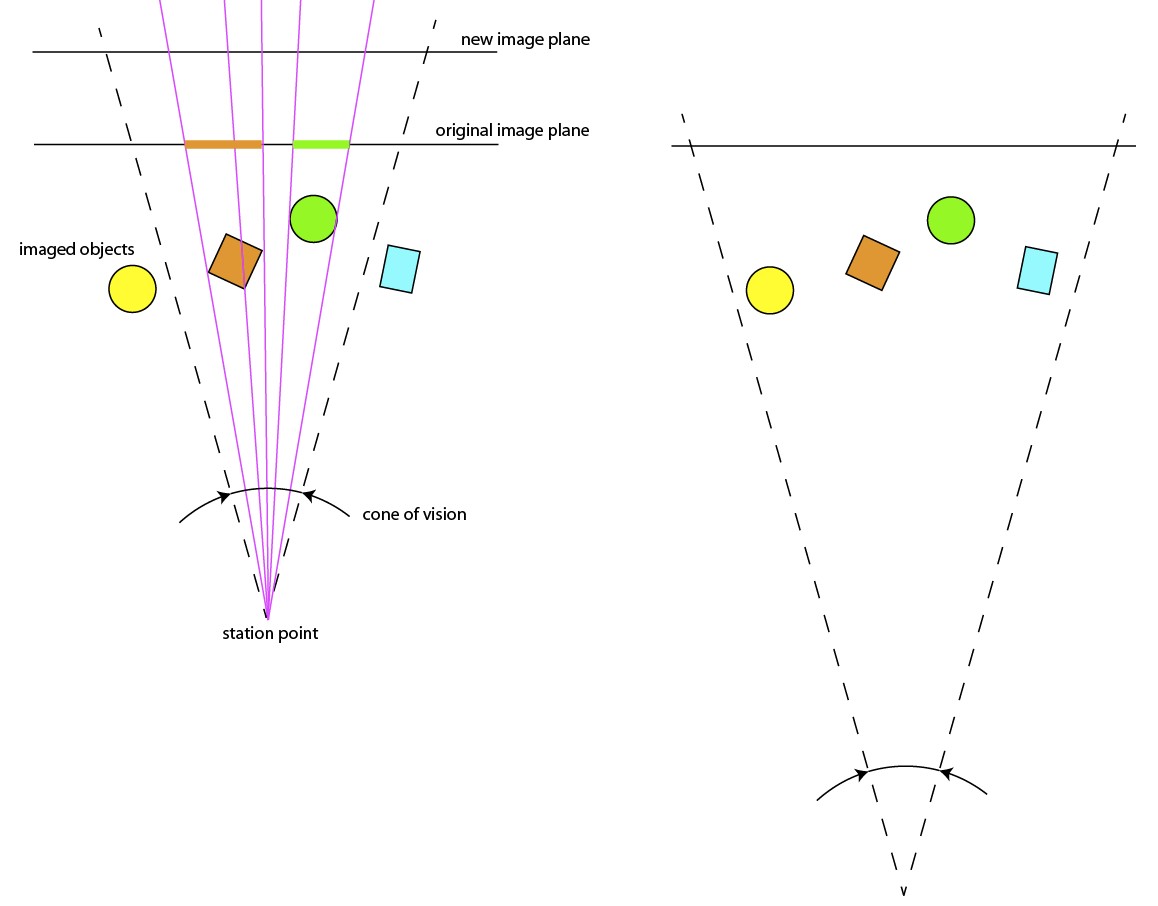 In the left yellow and cyan blocks are out of the image.

In the right the station point has been moved further. The cone of the vision is as many degrees wide than in the left, but now also yellow and cyan blocks are in the image. COV can now be considered to be bigger because it catches a bigger part of the existing objects to the image. This is, what you already had noticed. But remember: In degrees the COV is still the same.

Go back to the left drawing. Think what happens, if the imaging plane is moved further (=new imaging plane). If the cone of the vision is the same, no more objects will step into the image. Yellow and cyan blocks will stay out. The image is only scaled to a bigger size, but it doesn't contain bigger part of the existing objects.

2
How does the distance between stationary point and picture plane effect perspective?
1
Why does the vanishing points have to be 90 degrees apart in 2 point perspective?
1
How can you define the closest actual plane using Vanishing Point?
1
How to find the fourth point on a plane defined by 3 points
1
In two point perspective, why aren't the sides of this rectangle correctly foreshortened?