I created a PDF file via Microsoft Visio (a scalable diagramming tool). Later on I decided to make some changes. Visio kinda' sucks, so I decided to swap over and modify it with Adobe Illustrator where it was trivial to blow it up to A3 size and make some necessary changes. The PDF objects are scalable, so there was no loss in resolution, etc. So that was great. I exported in various formats, and all was well. Other revisions were made at different times, but most recently, I can't seem to export the final image without these strange graphical artifacts appearing in the resulting files image.

I'll upload an example when I get the chance, but they're little white and grey squares with a kind of cascading staircase pattern if you look closely.

I don't believe I've done anything differently, but I can't seem to get rid of them. They're not displayed in the image within Illustrator, only in the resulting files. There seems to be one for each Visio object. Any idea what they are, or how to suppress them? 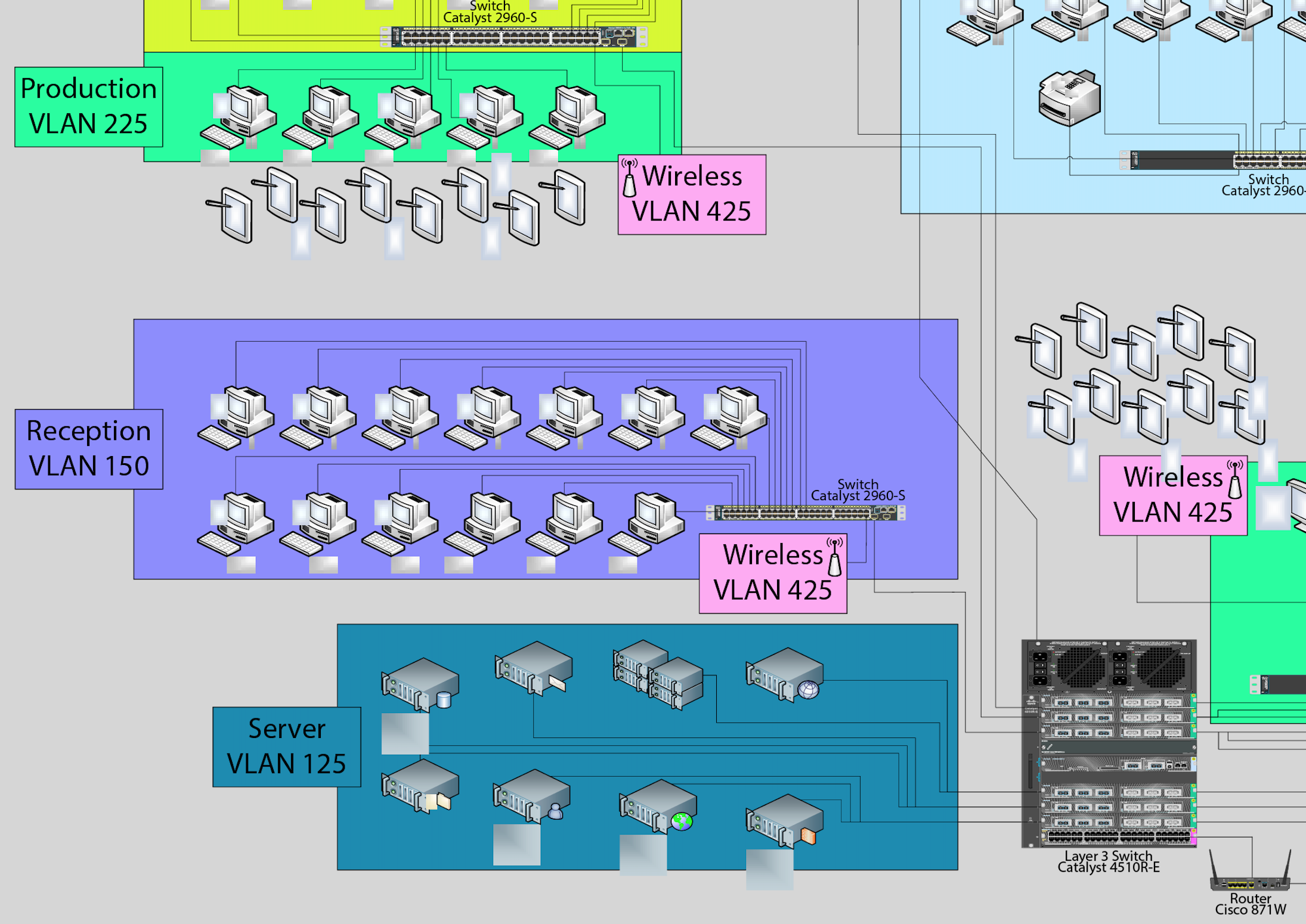 Completely guessing as to what the "graphical artifacts" are.... I'd say that perhaps you mean the gradient filled rectangles??? A tad more description would be beneficial. Realize no one here will know what the file is supposed to look like without an example.

It is possible those gradient rectangles are embedded raster images with Clipping Masks in Illustrator. This is often done to accommodate gradients from other software.

Chances are if you view the file (in Illustrator) in Outline Mode (View > Outline), you will see the rectangles. You can then select and delete them.

Be aware, they may be needed as "fills" for some shapes and you'll need to check the artwork (in Preview mode) after deleting them to ensure items you want aren't also being removed. And in some cases you may need to reapply gradient fills after deleting the embedded raster images.

It looks like common problem with export from Microsoft products. First thing you should try - change PDF export to PDF printer, Adobe native printer that comes with Acrobat installation will be enough. Then instead of exporting to PDF choose Print and choose PDF printer. Depending on your Windows version there also can be Windows native PDF printer available so you can try that also.

Not the answer you're looking for? Browse other questions tagged adobe-illustrator pdf svg visual-artifacts cross-platform or ask your own question.