I'm working on a logo for a startup that makes tents. Here's my first concept (Their name starts with K): 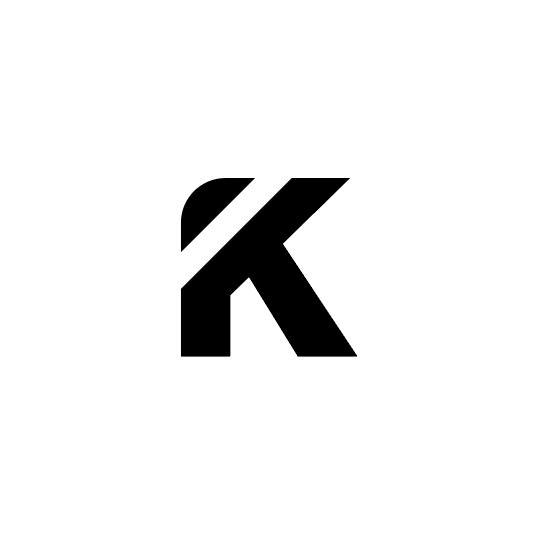 The shape at the top left of the K is the shape of a tent. The problem (that you probably noticed too) is that this K kinda looks like a guy pointing to something: 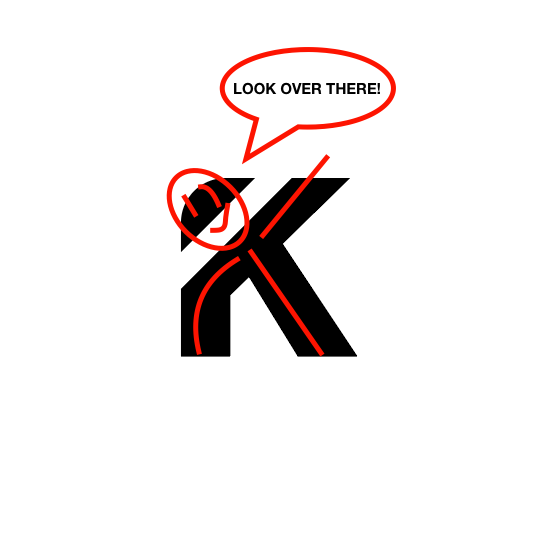 Any suggestion on how to get rid of this?

I wonder how you got to that result, what were the premises and what the steps ...

If the company sells tents and the final decision is to put a pictogram of a tent in the logo, there are at least three fundamental aspects as a conceptual level and they refer to the functional aspect of a tent, knowing that this will be a temporary shelter place:

I don't think any of these points is represented in the logo, unless they are tents for risk sports. At the level that it's now it seems more like a whimsical way of fitting a tent-like shape into a letter K.

My personal opinion is that instead of asking what the combination of the K and the virtual tent look, it's to elaborate a conceptual guideline for the new logo and start to create from there.

Actually you are lucky, the letter K itself is a formally settled character.

Like @BillyKerr I never would have seen "a guy pointing to something". Even after you mentioning it, I, personally, still think it's a bit of a stretch.

Different people can see all sorts of different things in ambiguous shapes. There's nothing you can really do to combat that. Everyone has their own imagination.

I typically don't worry about it other than to try and ensure there's nothing profane or offensive which may be garnered, event remotely. Or, if a client indicates they see something undesirable (even if I don't see it).

Not the answer you're looking for? Browse other questions tagged logo lettering or ask your own question.

6
What type of information should a logo display, or what makes a great logo?
13
How can I explain to my client that more than two fonts in a logo is a bad idea?
2
Critique Request: Very Generalized Catering Logo
4
Critique Request: Personal logo. How do I achieve a specific effect?
8
Critique: logo design for an engineering company that makes machinery
0
Logo Critique - Personal Brand
2
Illustrator: Aligning objects precisely
1
Compound Path vs White Object overlapping a solid – Why do they display differently?