I have an SVG diagram depicting the Earths landmasses (like an atlas). Each country is a separate object, which worked fine for its initial purpose, where I set a 1pt stroke, so all the borders were visible.

But now, I want to remove the borders and join them all up so that all the adjacent countries are no longer separate objects.

In their current state, they can't endure much manipulation before the gaps are revealed. Below is an example to show what I mean. See, the image is distorted a bit, to wrap around a 3D surface and it ends up looking like landlocked and adjacent countries are actually separated by water, which of course they aren't.

How can I combine them into a single object? I tried using the Pathfinder tool (Unite, Merge, etc.), but because the separate objects don't overlap, nothing happens, even though they're hard up against each other. 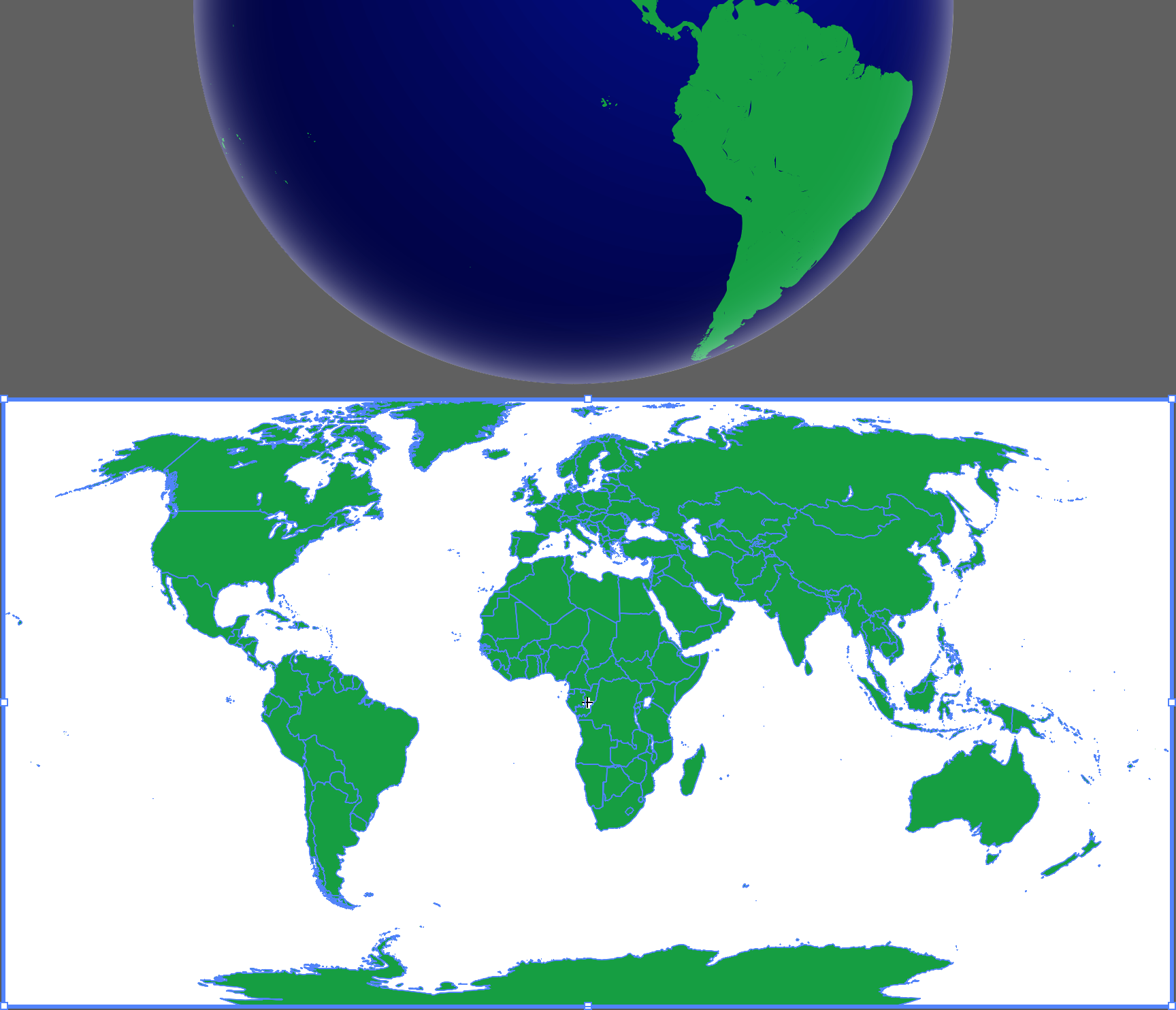 This does increase the size of the final merged shapes by 0.25pts (half the stroke width). Customarily this 0.25pt increase in size is negligible and can often safely be added without issue. If you are okay with that 0.25pt extra, then you are done.

Using strokes in this manner to slightly increase the size of things, and forcing them to overlap slightly, can assist in pathfinder operations at times. This won't "plug" any holes/counters (unless they are smaller than .5pt in diameter) and really leaves you with the same final circumference path outlines.

Not the answer you're looking for? Browse other questions tagged adobe-illustrator path pathfinder fill merge or ask your own question.

25
In Pathfinder window, what is the difference between a shape mode and a pathfinder?