How to do a glossy air bubble effect with Illustrator

You know how some sneakers have those transparent little air pockets in the heel? 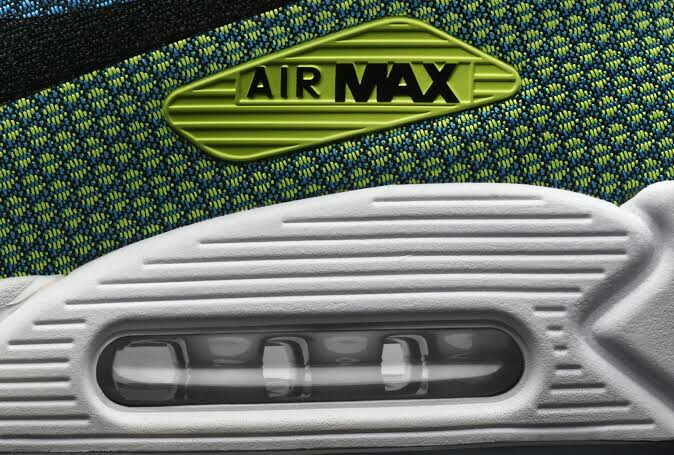 I'd like to achieve that sort of 3D, smooth, glossy, rounded, translucent, light reflecting, window/bubble-like effect.

Kind of like a glass pipe or, amplifier valve, or a test tube. 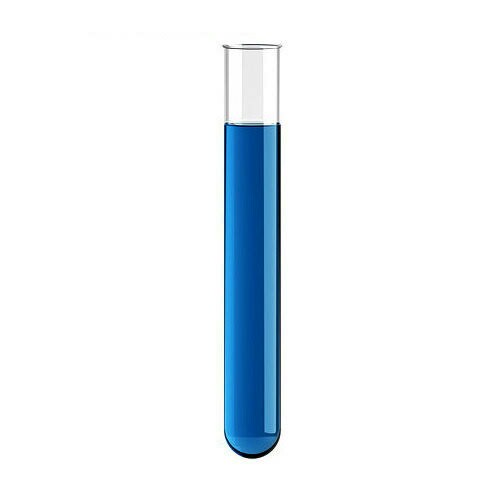 So far, going with the sneaker bubble idea, I sketched this by tracing basic shapes, and then using a clipping mask to cut out the transparent parts.

It's merely a gradient using transparency on the color stops.

Set all the color stops to the same color (white in this case) and then adjust their transparency. 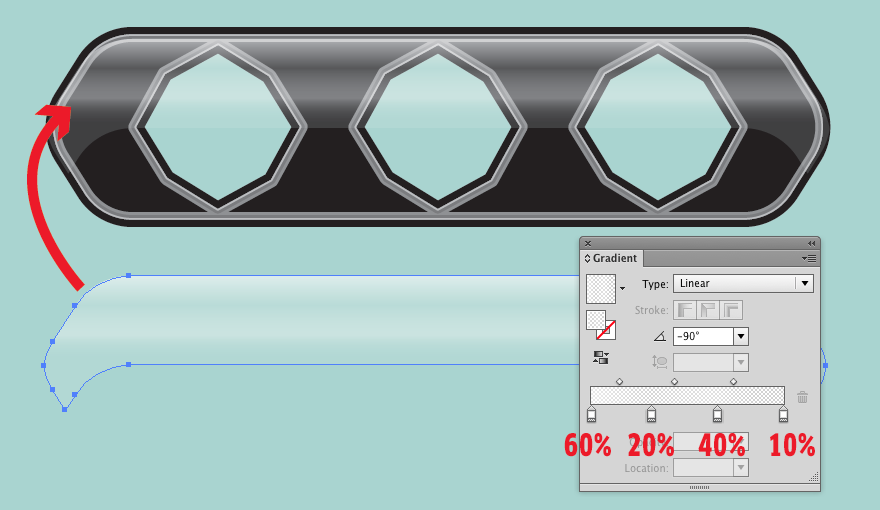 Sidebar: While possibly not imperative, a clipping mask for that shape may be overkill. All one needs is a standard compound shape.

One can draw the reflections and make them transparent. There's already another answer which uses white gradients where the transparency varies, so here's something else.

The reflections can also be generated with 3D effect. You need a glass tube - use Effects > 3D > Revolve to make it.

Draw a grey rectangle, no stroke, make two its corners round. The grey shape is that in my image. You need also it's profile after revolving, so make an union of two pieces, another flipped. It's the leftmost piece in my image. As well you can split the wanted bubble profile and take a half to the revolution.

The revolved result is in the right. Play with lights and the original grey color to get the right result. It must have full white highlight and deep black shadow. The shadow will be used to create transparency.

In the next image the result of the effect is fixed by applying Object > Expand appearance. Before expanding you cannot rotate it.

The prepared profile is used for a test panel and a white copy which will be the final gloss. The expanded revolution result is in the left bottom.

In the right the transparent bubble is moved and aligned onto the test panel. The opacity is reduced in the transparency panel to make the brightest white also a little transparent.

The underlying white shape can be smaller than the panel. This is useful if one wants to limit the area of the reflection. This adds plausibility because in reality the reflection often comes from a window and there's shaded areas.

About blending modes: If one places the expanded shape directly onto the panel and tries different blending modes such as overlay or hard light, it easily affects the apparent form of the underlying panel. It becomes a tube. Mode "Lighten" is usable. The result resembles a well drawn highlight with no milkiness elsewhere: 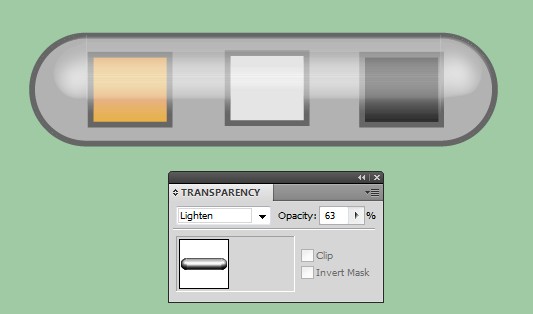 (BTW. the milkiness can be very realistic due the fumes that feet produce but commercial illustrations maybe do not need it)

Expanded 3D effect is a complex shape which can have hundreds of smaller shapes. It can make your Illustrator slow. Using gradients or a gradient mesh will eat much less computing resources. You can well use the 3D effect only as a model what to draw.

You can also rasterize the 3D effected shape in a high resolution to save resources. In this case save the original somewhere.

Not the answer you're looking for? Browse other questions tagged adobe-illustrator vector illustration illustrator-effects lighting-effects or ask your own question.

12
How can I make a shape look like it is made of glass?
3
illustrator cs6: cut through multiple layers with top layer

2
How to make glossy effect on stroke?
1
Glossy gift box designing in Illustrator
1
How to create text stroke outline with offset for an enclosed bubble effect?
0
How to manuallly create glossy/metallic lightning effect on object?
2
How would I create this same effect in adobe illustrator using the pathfinder tool?
0
Applying round/rotation effect in illustrator
1
Pixel Defrag effect with Illustrator