I'm brand new to Inkscape, and fairly brand new to SVG's in general. I'm trying to modify a map of the British Isles, https://upload.wikimedia.org/wikipedia/commons/6/62/British_Isles_location_map.svg 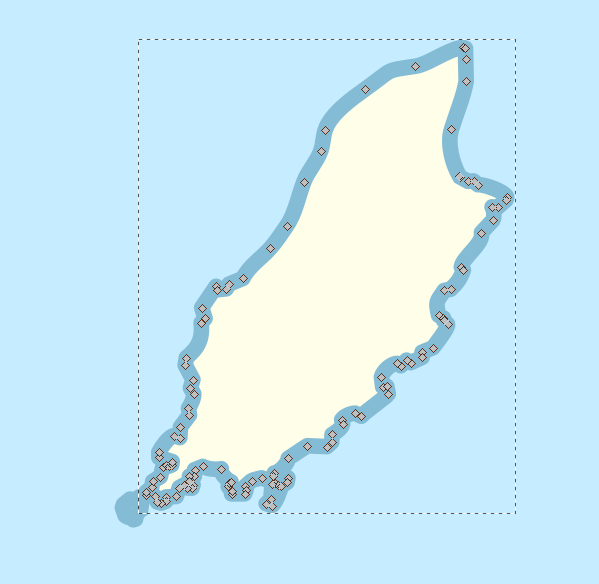 Starting with something easy, the Isle of Man. Let's say I want to divide it in half.

I select a segment, add a bunch of nodes to it. Then using the "Edit paths by nodes (F2)" I can add a new blue edge through the island. 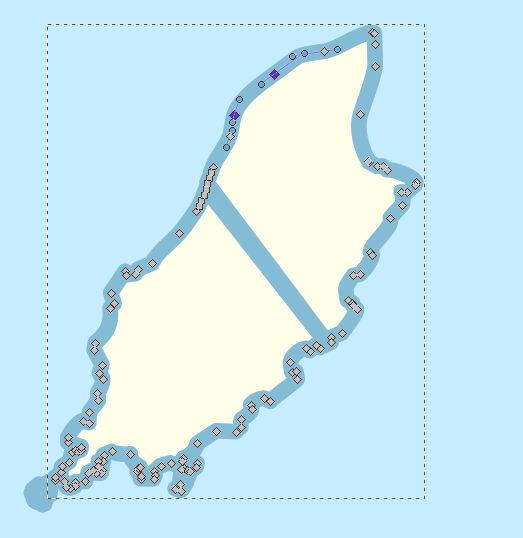 How can I cut the Isle of Mann into two pieces, without having a blue line running through it, like how Northern Ireland is 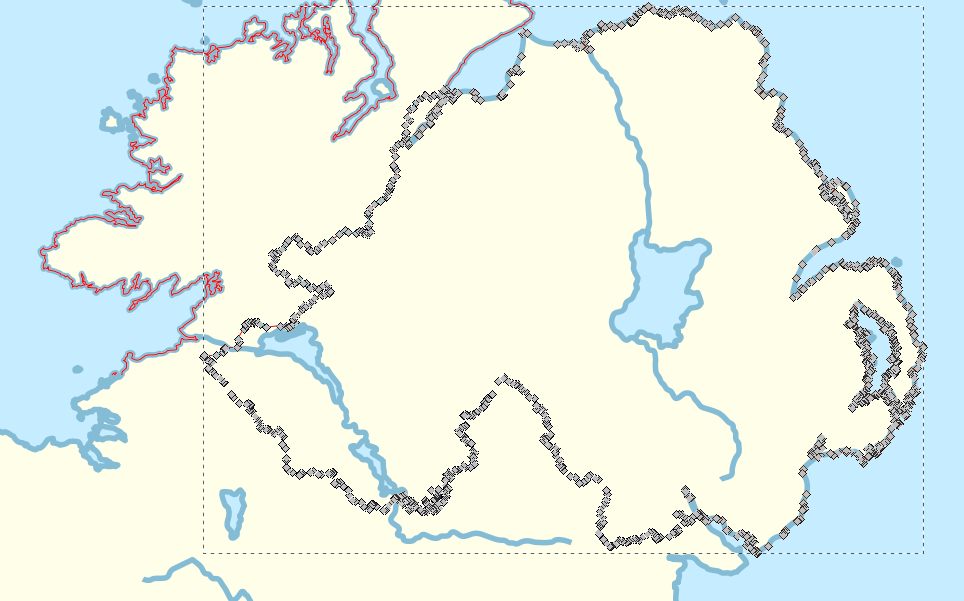 What am I doing wrong? I've tried to follow instructions found on various Google Searches, but I can't figure this out.

North Ireland and Isle of Man are costructed differently. Waterline of North Ireland is a separate object, the land itself is strokeless. I recolored the land shape to green. 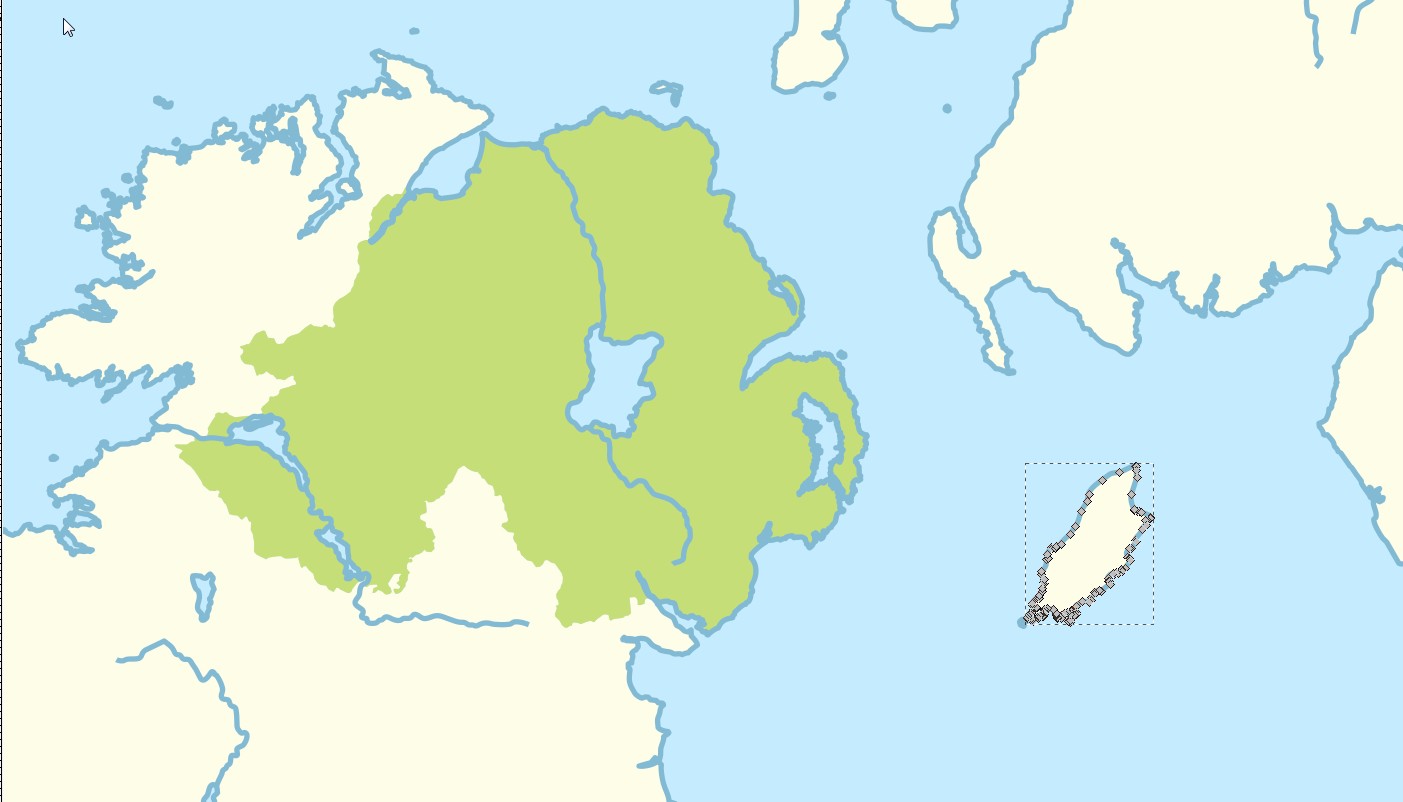 Isle of Man is a single shape, its blue stroke is the waterline. Duplicate the isle. Remove the stroke from one. It's your land and it can be divided as you like. Let the other be on top without a fill as a stroke only object.

Here the fill only Isle of Man is divided and the northern half has got new color: 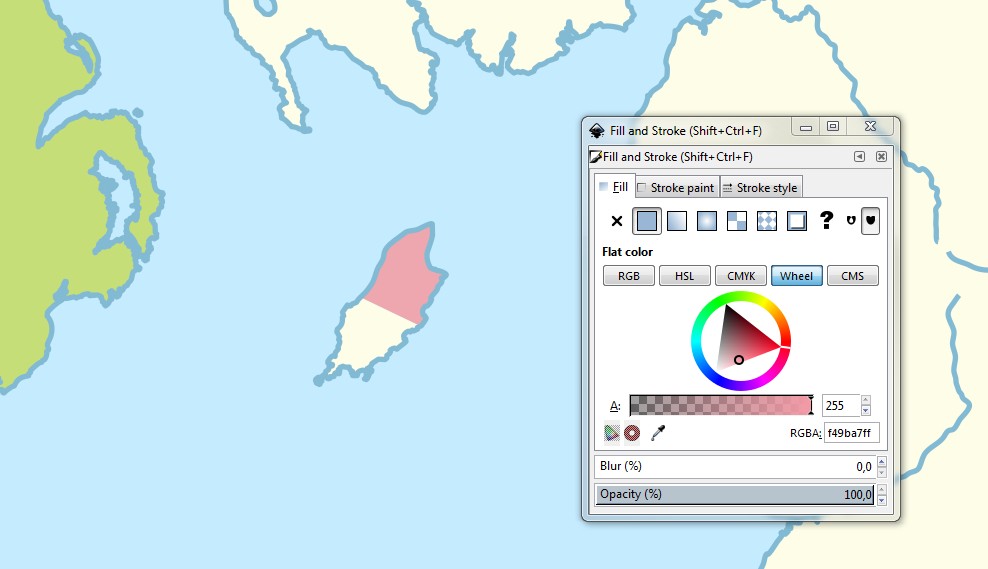 5
Create and Edit parallel "bus" lines in Inkscape
1
How to cut part of text beneath masked object in Inkscape?
1
Why does breaking apart an object give an additional shape?
2
Inkscape: using one object to cut away another while leaving both as "live editable"?
2
How to draw a hollow line with arrows in Inkscape?
1
Inkscape : Export as pdf results in blank files
1
Inkscape - How to clip text from shape and get a resulting path?
0
Creating one object from a shape and paths in Inkscape