How to design something like this without spaces between layers in photoshop? [closed]

please, I have tried to design like this picture 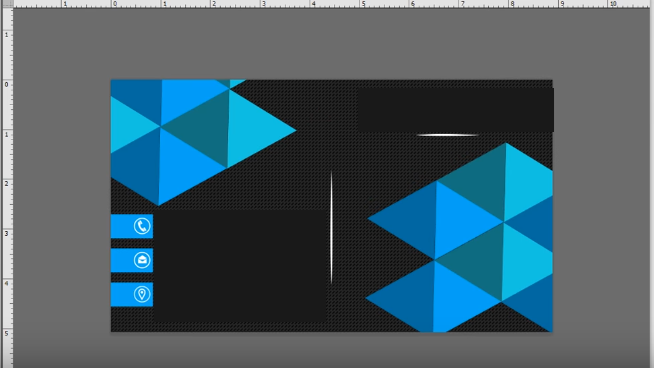 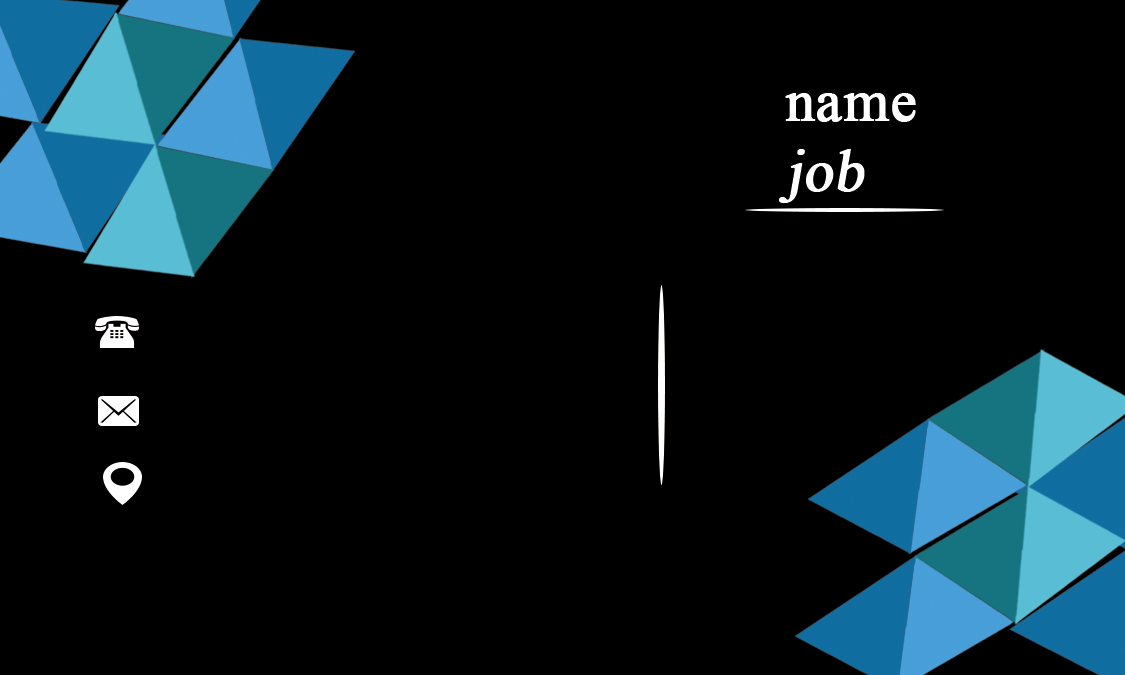 so please what are my mistakes? and how can I remove spaces between layres ( squares)?

and many thanks in advance

How to make an equilateral triangle:

Use the Polygon tool and set the sides to 3.

Drag to draw and hold Shift to constrain rotation.

Now you can duplicate it and change its color. 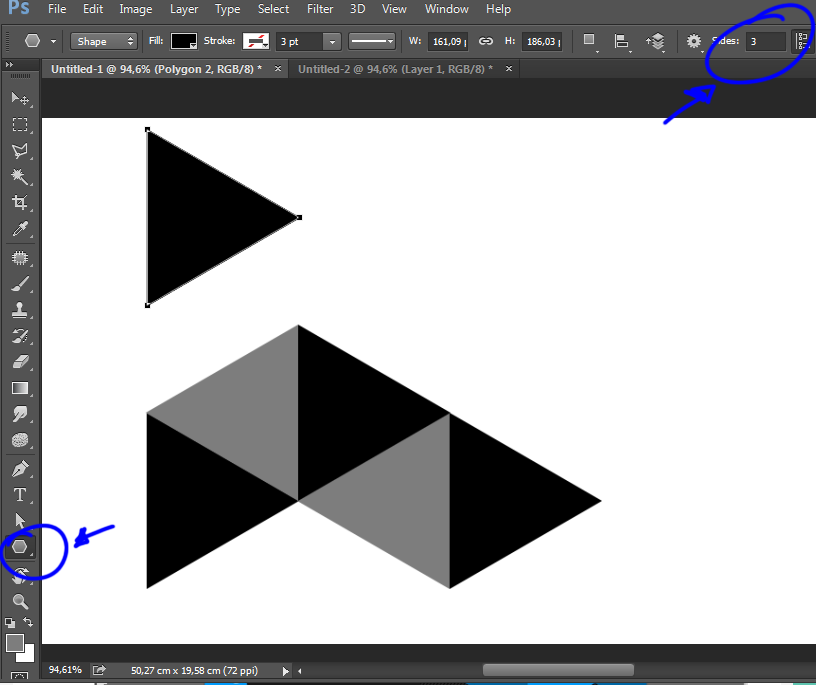 Make overlapping shapes to different layers. It makes no harm if the underlying shape is bigger than another shape above it. The benefit: No need for exactly fitting equilateral triangles, everything can be drawn manually.

In addition, if you had exactly fitting triangles, you would soon ask "how do I make the seams watertight, the black background is still seen through as about 1 px wide line".

Antialiasing would cause it.

Here's an example. A piece of your image has been used as model: 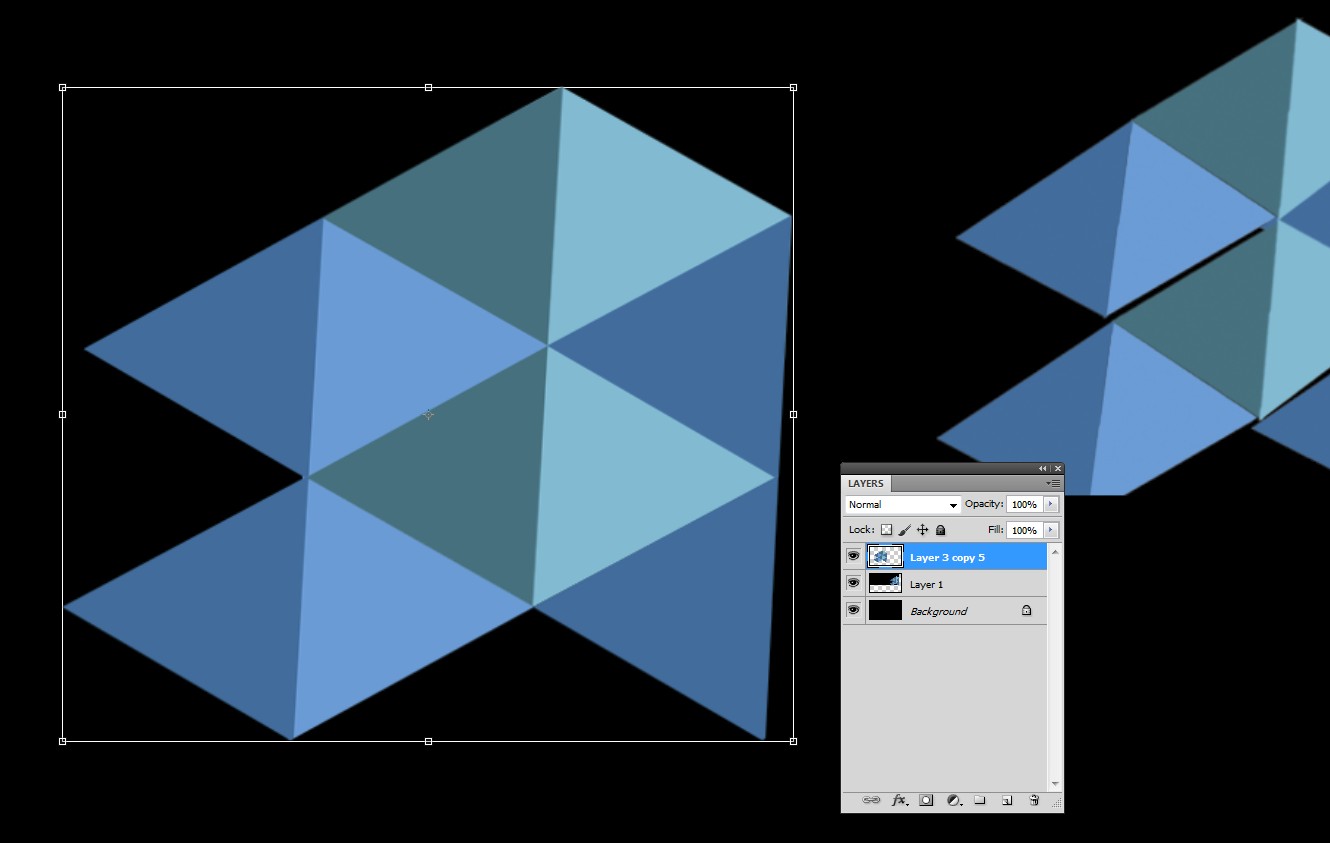 This is anything but advanced. A black background layer was made at first. The next layer got a green filled hexagon with polygon tool to get some regularity as the beginning. It's a filled area, not a vector shape.

The next layer was a copy of a half of the hexagon; the selection was made with the polygonal lasso tool then copied and pasted in place. A new layer was generated automatically. The selection was painted with different green.

The next layer was a third of the half hexagon - first selecting the hexagon and then drawing a subtracting (=Alt) selection with the polygonal lasso tool diagonally over the the original hexagon.The generated triangular selection was filled with blue in a new layer. The same triangle was duplicated twice and one was flipped horizontally. Now there was enough different parts in different layers to be duplicated and recolored again. Recolorings were made with the paint bucket.

Finally all parts were moved together manually, merged, one outer edge was sliced a little to make it straight. The shape was skewed a little (Edit > Transform). There's no black in the seams because there was in the bottom the green hexagon.

As others have already said, using vector tools, even Illustrator, would be perfect for geometric shape projects like this. But it could be done also with selections in a raster image. Only the first piece, the hexagon has been drawn with a vector like tool.

11
How to make this 3D photo wall effect in Photoshop?

1
How to design 3D logos like this?
1
How to draw Aqua backgrounds like this?
4
Switching between tabs while dragging layers in Photoshop?
0
How do I remove gaps between selections pasted into separate layers?
0
Intersection between layers for empty and filled heart vector in Photoshop
0
How to make the confetti background frame like this?