How to prevent arrowheads from overlapping objects in Inkscape?

So my question is about how to get rid to the overlap of the arrowheads on my wonderful circles. I got like 10 circles which are stepped by 24 arrows. They don't liked it, I don't like it. Please help.

I'm kind of frustrated. I want to have my arrow not overlap the circle.

I tried to add new Layer/Level and move the arrows tho the one layer and the objects to the other, didn't worked. I tried to do some magic with the "path" options like division. I tried to google it but I only found things for multiple objects overlapping, but since I have a connector those didn't work. 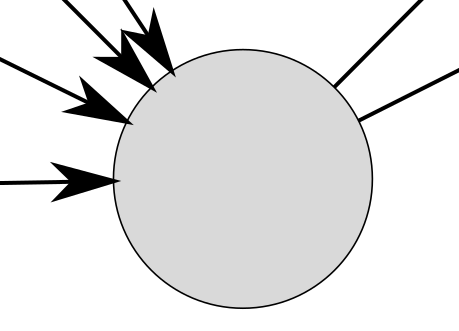 Obviously your arrowed lines snap to the circle. Because Inkscape's arrowheads are beyond the ends of the lines, placing the line ends should be done without snapping. That can seem difficult, but it is possible with the node tool.

Draw the lines as usually. Turn snaps off and with the node tool move the ending nodes of the lines. Have high zoom for accuracy. The result will not be mathematically exact, but it can be accurate enough.

If you convert a line with an arrowhead to path (=Path > Stroke to Path) you get a group which contains the line as filled shape and the arrowhead. Ungroup, remove the stroke from the arrowhead and you have got a freely usable separate arrowhead.

Here the arrowheads have snapped to the red circle. The circles are grouped to keep them together. It's not necessary to delete the red circle. You may need it later. It is inside a group, but it can be selected and closed in the objects panel. That's done in the right.

In the next image the upper arrow is the normal case, the arrow punches the circle. The lower arrowhead is a separate strokeless filled shape, the red curve has been drawn after the arrowhead has been placed. 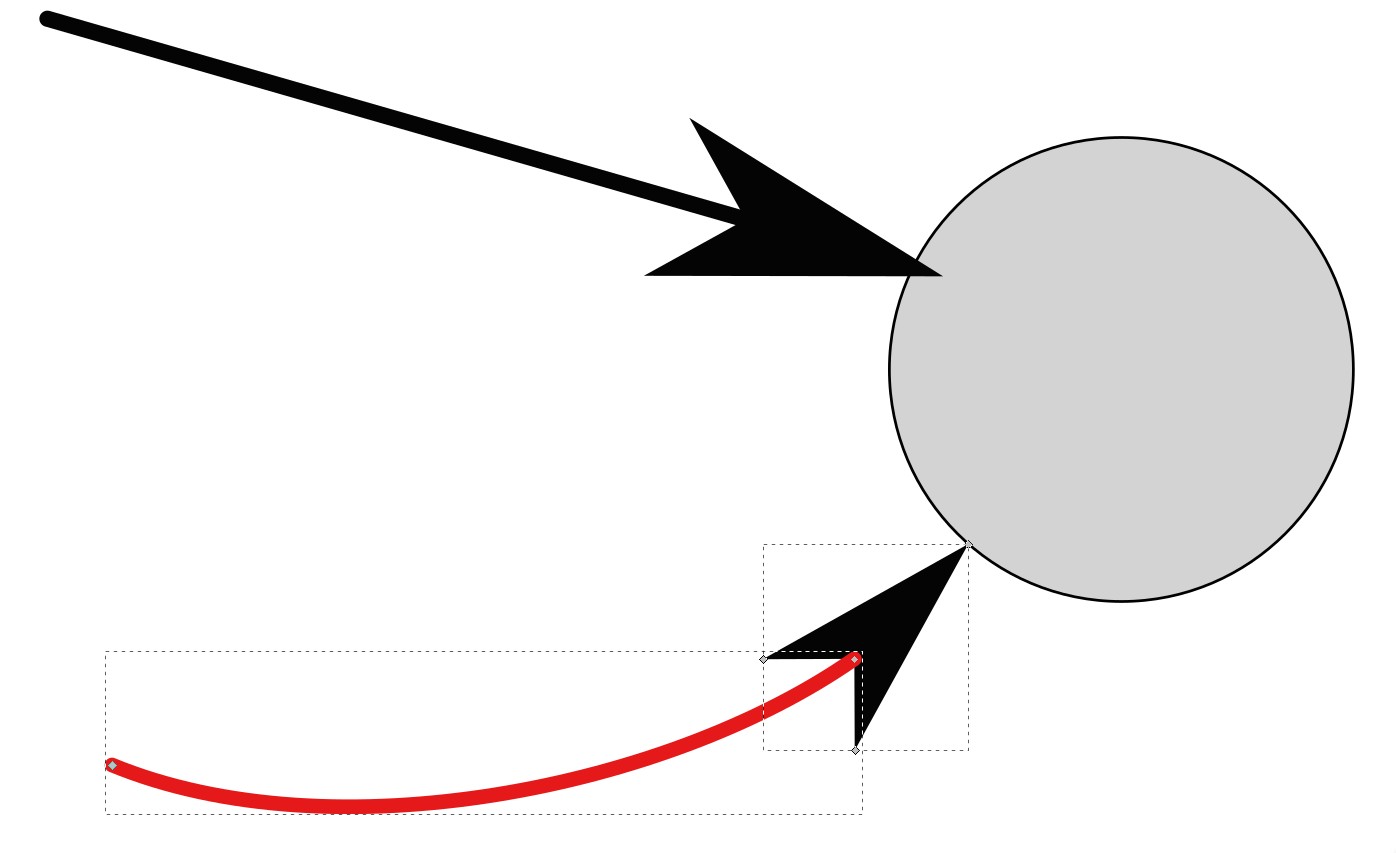 If the tips of your arrowheads lean perfectly on the circle, they still overlap the circle stroke. You must remove the stroke if it must be an exact fit.

If the stroke is visually a must, it can be a filled shape, one which is converter from stroke with Path > Stroke to Path. Scale it to he wanted diameter before placing the arrow.

16
Inkscape: How to position arrowhead exactly at the end of path?
1
Fix the arrow overflow