Importing a vector file into Photoshop WITHOUT rasterising it

I have a simple question: How do I import a vector file into Photoshop WITHOUT getting it rasterised?

I know that Photoshop can do curves and paths and all of that, so why can't I open an SVG file in it?

I have now tried everything I can. I have a perfectly fine, vector imagine in one PDF file, now I want it to be transferred to Photoshop so it can have the vectors preserved. You cannot tell me it's impossible.

Photoshop can import an SVG file as a "smart object". Although you will not be able to edit the curves so to speak (Photoshop is not a vector editing program...Illustrator is) the image will not be rasterised, and is fully scalable and non-destructively editable.

Chose File > Place Embedded (or Place Linked). Double click to edit the contents of the Smart Object (the SVG file in Illustrator). Or you can drag and drop an SVG from the libraries panel.

Simply put: Photoshop is not a vector editor.

If you wish to edit SVG files, a more apprpriate tool would be an actual vector editor such as Illustrator or InkScape. Or.... even a text editor to alter the SVG XML is more appropriate than Photoshop.

You can cut and paste vector shapes to Photoshop from Illustrator. You have two options available to paste as a vector which is editable with Photoshop's vector tools:

ADD: see a comment. Smart object also keeps the vector data, but it's not editable in PS. You can open it in Illustrator.

Lets' have the following image in illustrator: 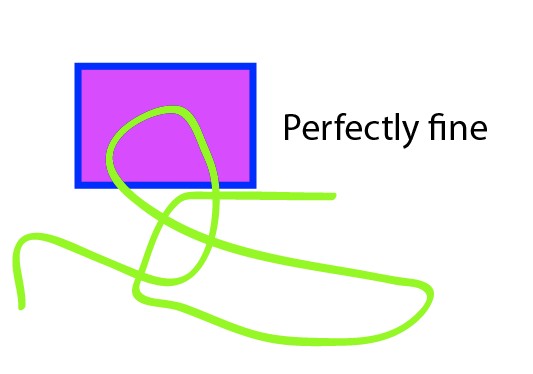 Pasted to Photoshop they are: 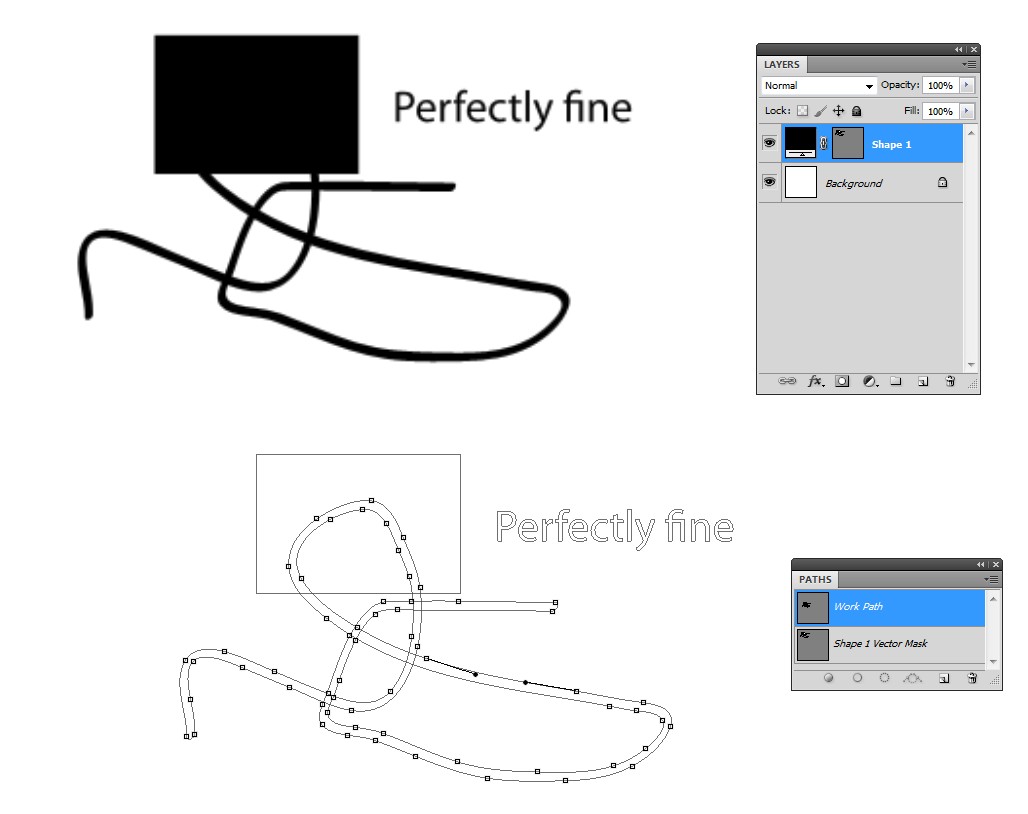 The upper is pasted as shape layer. It generated a layer filled with the current foreground color and masked with all paths what happened to be included. You can make edits with the white arrow tool. Text is outlined, no more a text object.

The lower is pasted as path. Every path was added to the work path as new sub-paths. They can be selected, edited, stroked or used to make selections.

If you expect how to import it to PS as is with all colors, strokes effects and as fully in Photoshop editable vector, you must import it shape by shape to build the new layers with right colors. You will not get colors, strokes nor effects as vectors, only zero width colorless paths. The rest must be rebuilt in PS.

Not the answer you're looking for? Browse other questions tagged adobe-photoshop vector import or ask your own question.

19
Can Photoshop be used for vector purposes?
16
How to create vector graphics In Photoshop?
17
Is a Photoshop EPS file a vector format?
-4
Why Illustrator if I have Photoshop shapes? Why Ai at all?

6
Get a vector path from Photoshop to Inkscape or SVG
5
Import vector data into illustrator
0
Illustrator - Large Vector File to Print at A0
0
transparency issue when importing from illustrator into photoshop
0
Importing logo from Photoshop to Illustrator
1
Creating vector image using .png in photoshop
1
Illustrator loses stroke/fill information on opening pdf
5
Exporting multiple vector shapes from Adobe Illustrator to Adobe Photoshop
0
Embedded .PNG in an .AI file seems to be aliased, but when opened in photoshop with anti-aliased unchecked, it looks anti-aliased!