How to draw all diagonals in the n-gon from a particular vertex?

What I'm trying to do is this 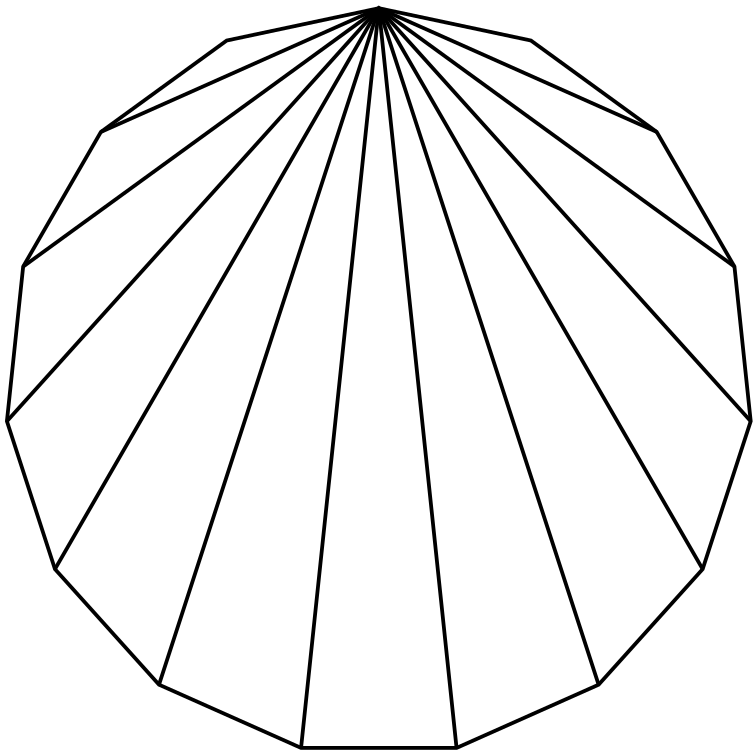 I've tried to use "Interpolate" tool, but diagonals aligned with the straight line, rather than the сircumscribed circle 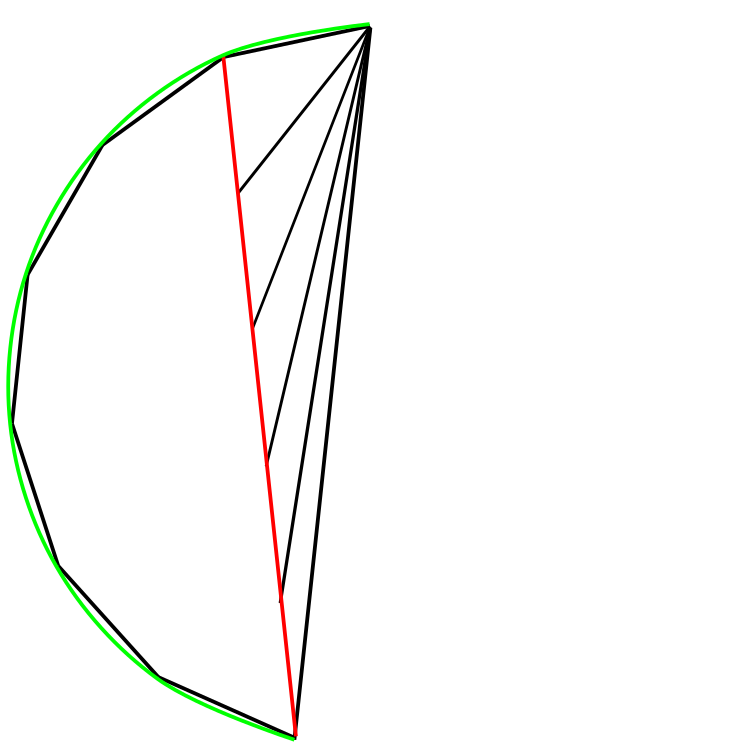 User joojaa posted an answer in the comments but is for some reason reluctant to post it as an actual answer. To keep in line with the SE format I've therefore posted his answer below, I hope that's ok.

As the EPS format is merely a set of instructions you can use that to code your n-gon with an arbitrary number N as follows: 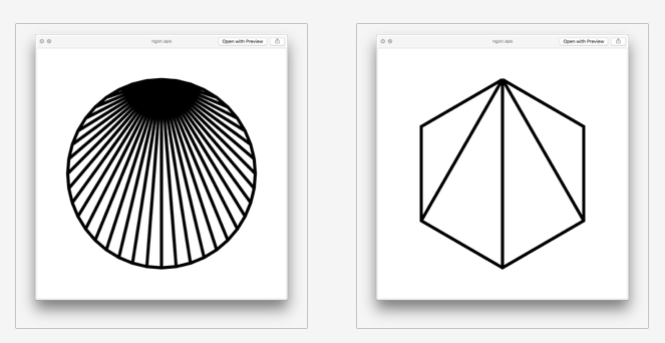 Someone at the University of Cambridge posted this nice documentation of the EPS language. That might help interpreting what all the commands do.

If you would like to create a set of n-gons for a series of N, you could create script (with any scripting language of your choosing) to change the number on line 6 and save a different eps file each time. How to do that is not in the scope of this SE.

5
Interpolate SVG Inkscape
1
How to join paths from two concentric circles on Inkscape?
10
Path with rounded corners in inkscape
6
How can I draw a loopback connector using Inkscape connectors
0
Inkscape: How to overlay objects with transparent fill?
3
Coloring an svg
2
SVG looks different in Inkscape than elsewhere
2
How to draw a hollow line with arrows in Inkscape?