Trying to merge these three objects so these three lines will disappear. How to achieve this? 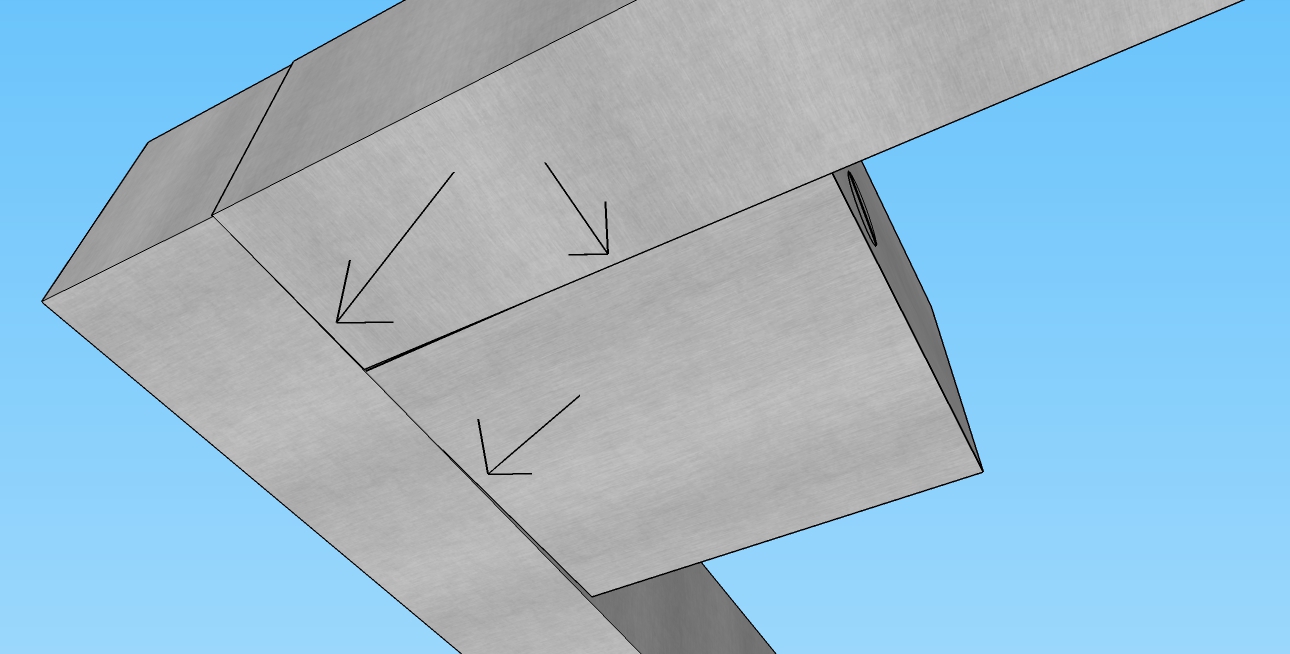 You have placed separate boxes side by side. You have no tools in the free version of SketchUP to join them so that there's no seams. Paid version has boolean operators which do this and thus make the paid version much more easy to use. You must extrude a shape as one if you want it to be one.

Your problem seems to be more severe. The parts are not fitting or they are misplaced. I bet your smallest part has wrong rotational position. SketchUP is poor if you try to assemble separately made pieces. It's very easy to leave small gaps as you have done. Especially rotations are difficult. You should make the parts in-place to make them fit. More developed programs allow gap filling for non-fitting parts and assembling fitting separate parts exactly, no matter should some of them be rotated. Easy to use freeware hasn't such functions.

Check DesignSpark Mechanical - it's a free 3D modeller with ultra-easy user interface and some tools which are missing from the free version of SketchUP. It outputs files which are readable and usable in SketchUP.

Hopefully the next image shows what I mean by writing "make parts in-place". The screenshot series is from DesignSpark Mechanical:

The parts are merged in this case automatically as they are drawn. But Merging is not obligatory, it can be disabled to keep some parts separate.

One really wants to keep parts separate when they are separate in reality. Separate parts can easily be moved apart to show also hidden details: 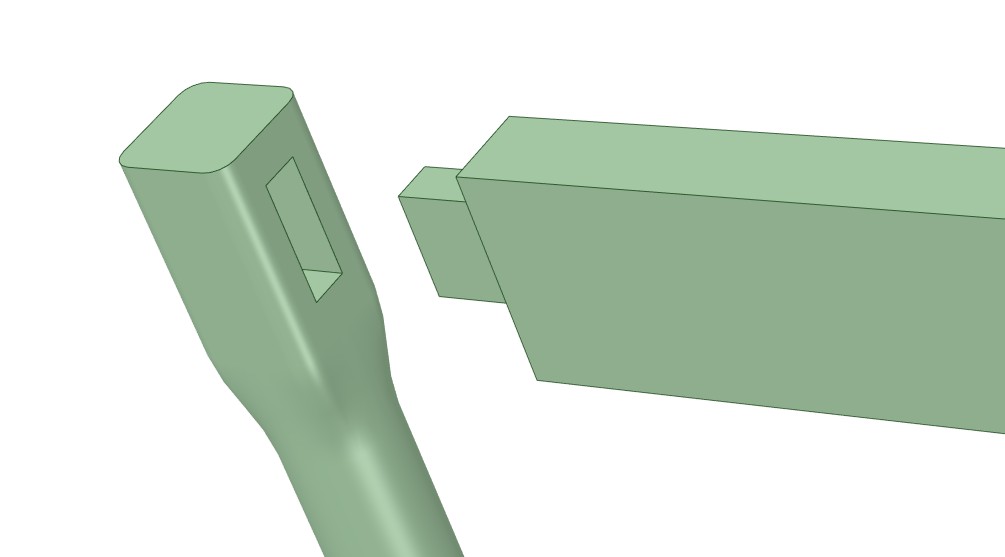 1
Google sketchup round corners of straight lines (stroke) as in Illustrator
1
How do I join these two faces together, making the lines between them disappear?
0
Sketchup component (window) not cutting through wall
0
Shape does not get face created
0
how to make a double helix in sketchup?
0
SketchUP: How to to resize only one dimension of the model and leave others as is
1
How to align two objects to the same grid (in sketchup free)?
1
Drawing a curve / radius on a oval radius shape in Sketchup
1
How to abstract a shape out of imported 2D file in SketchUp Make 2017