trying to make a bent pipe on isometric plane 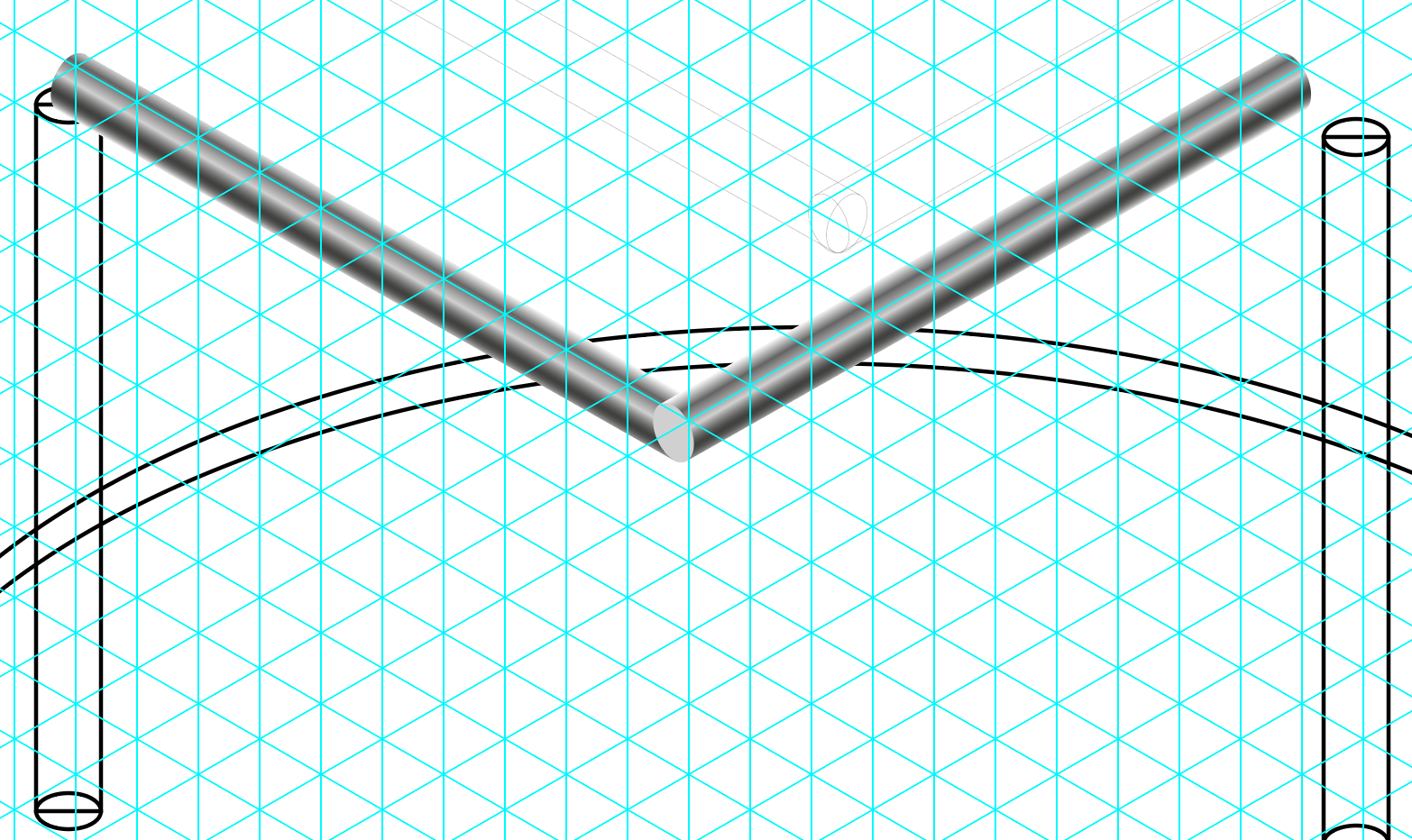 I am trying to make a bent pipe on an isometric grid drawing. How should I do it so that it creates that appearance? thank you!!! 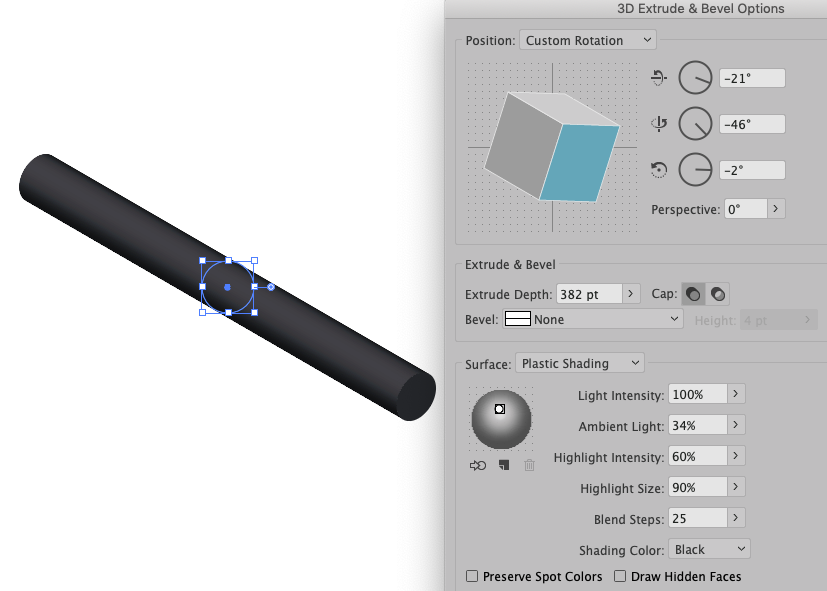 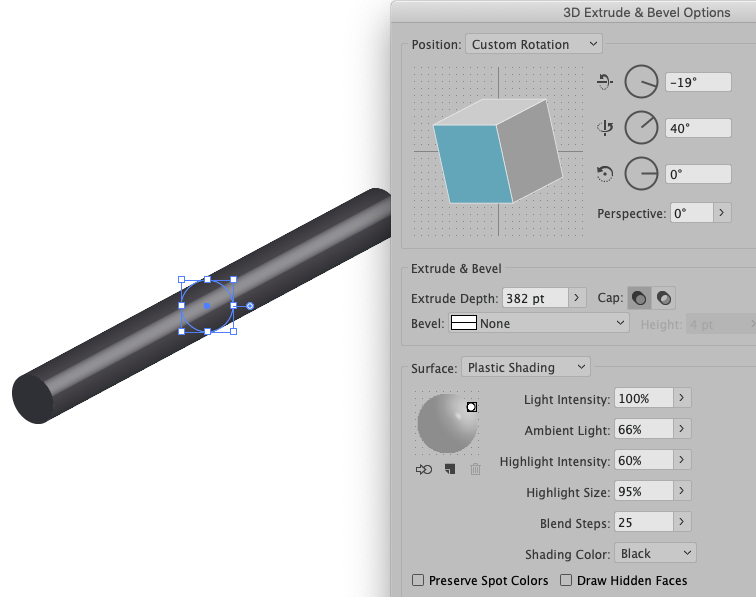 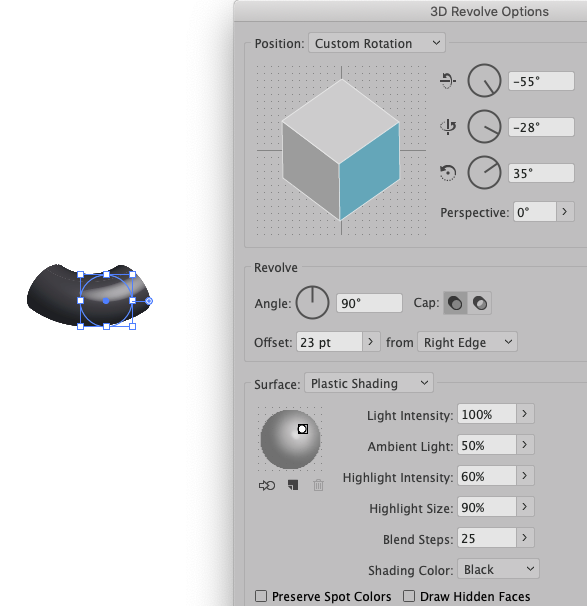 You can also do things the digital version of the old-fashioned draughting way - correctly extrapolate the curves resulting by setting up proportioning guides based on arc sections inscribed into squares which follow your iso grid... though it's "old school" it does work pretty well - and you're halfway there as you have a hex-based iso grid to work with! 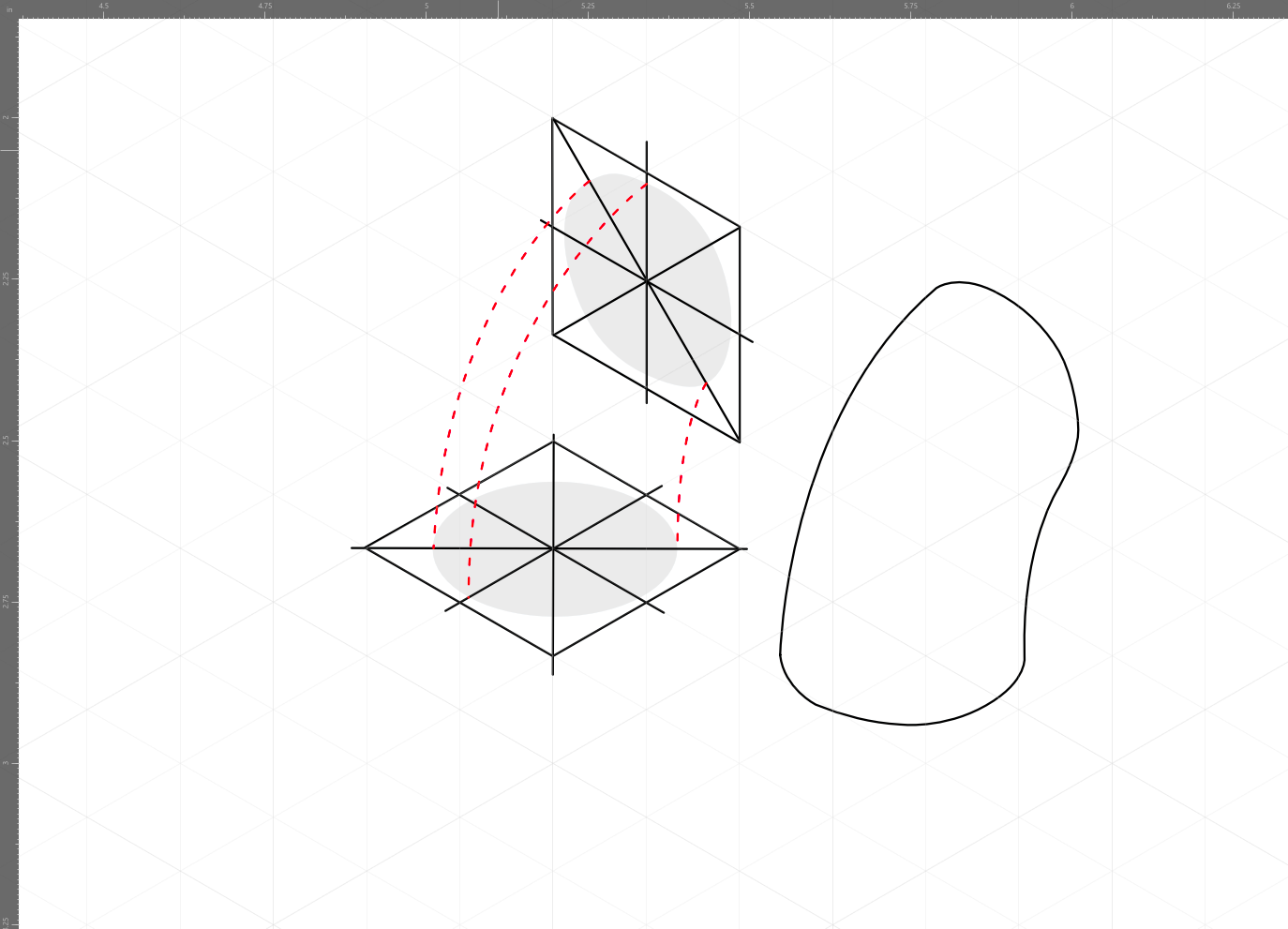 I use a lot of 3D tools and draughting aides to sped some kinds of drawings, but even so, sometimes it's good to just go back to basics and bust out the iso draughting rhinking which also helps you to understand what you're trying to represent in your illustration.

Hope that thought helps some.

I guess the projections of the bendings ie. the visible curved outlines are the actual problem - how to produce them consistently and easily enough? Coloring the pipes to have 3D-like shading tolerates much variation because the light isn't exactly specified beforehand.

Of course perfect result is possible in a 3D program. We have got even another answer which uses Illustrator's 3D. To figure out the wanted looks I made a simple extrusion in a freeware 3D CAD program. I extruded a circle along the edges of a cube. Before extrusion I made circular roundings to the corners of the extrusion path: 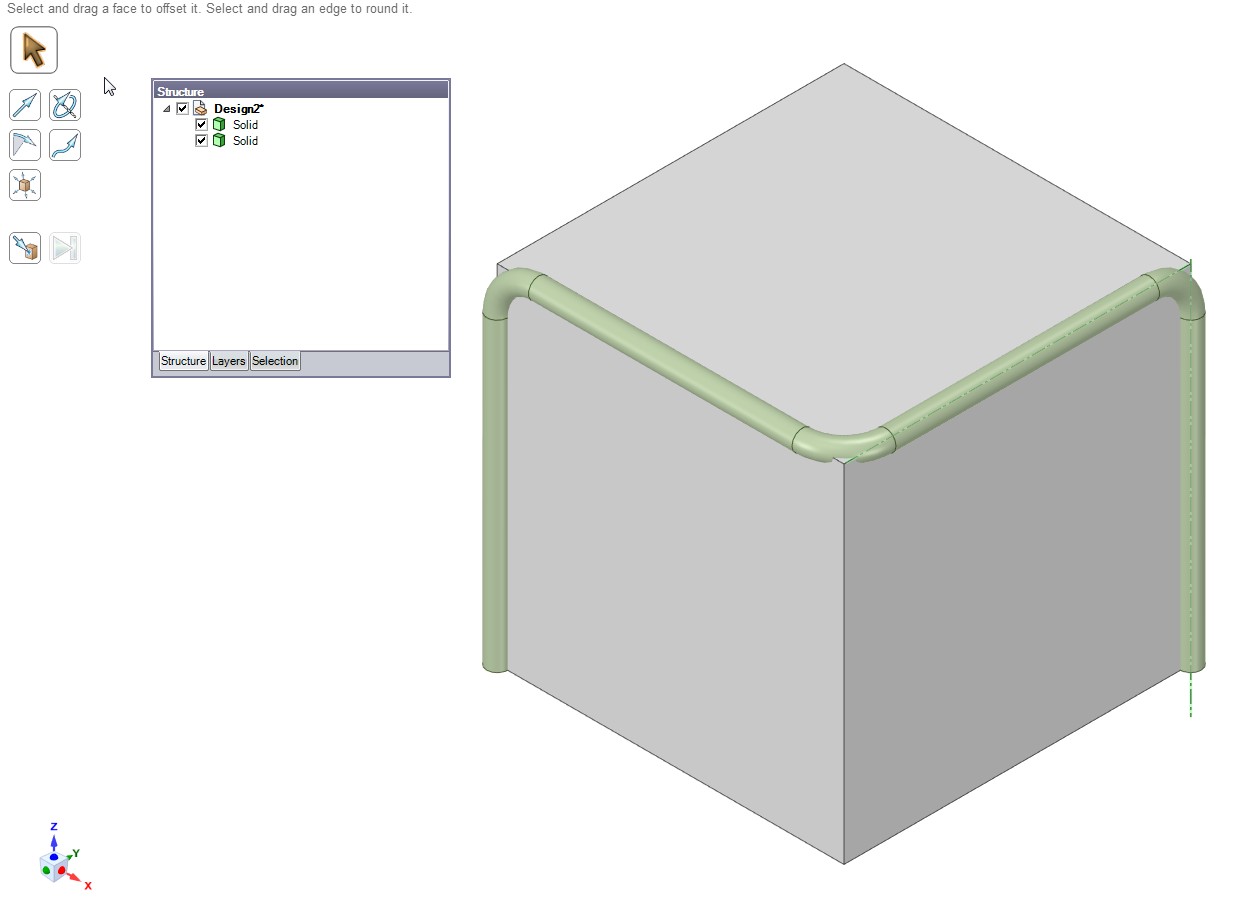 The cross-sections of the pipe are ellipses which can be drawn easily with the isometric grid. Draw a horizontal version and make 60 and 120 degrees rotated copies.

Bending curves are complex. I cannot calculate how they should be drawn with the grid, but I could export the isometric vector image of the wireframe. Some tests revealed that scaling the curved part of the extrusion path was quite plausible outline. I made a reduced wireframe which has the extrusion path and some pipe cross-sections. The radiuses are a little bigger than in the first image. The cross-sections are actually useless,because they have nodes in not so good places. The images of the bending curves are the essential part that I reuse. 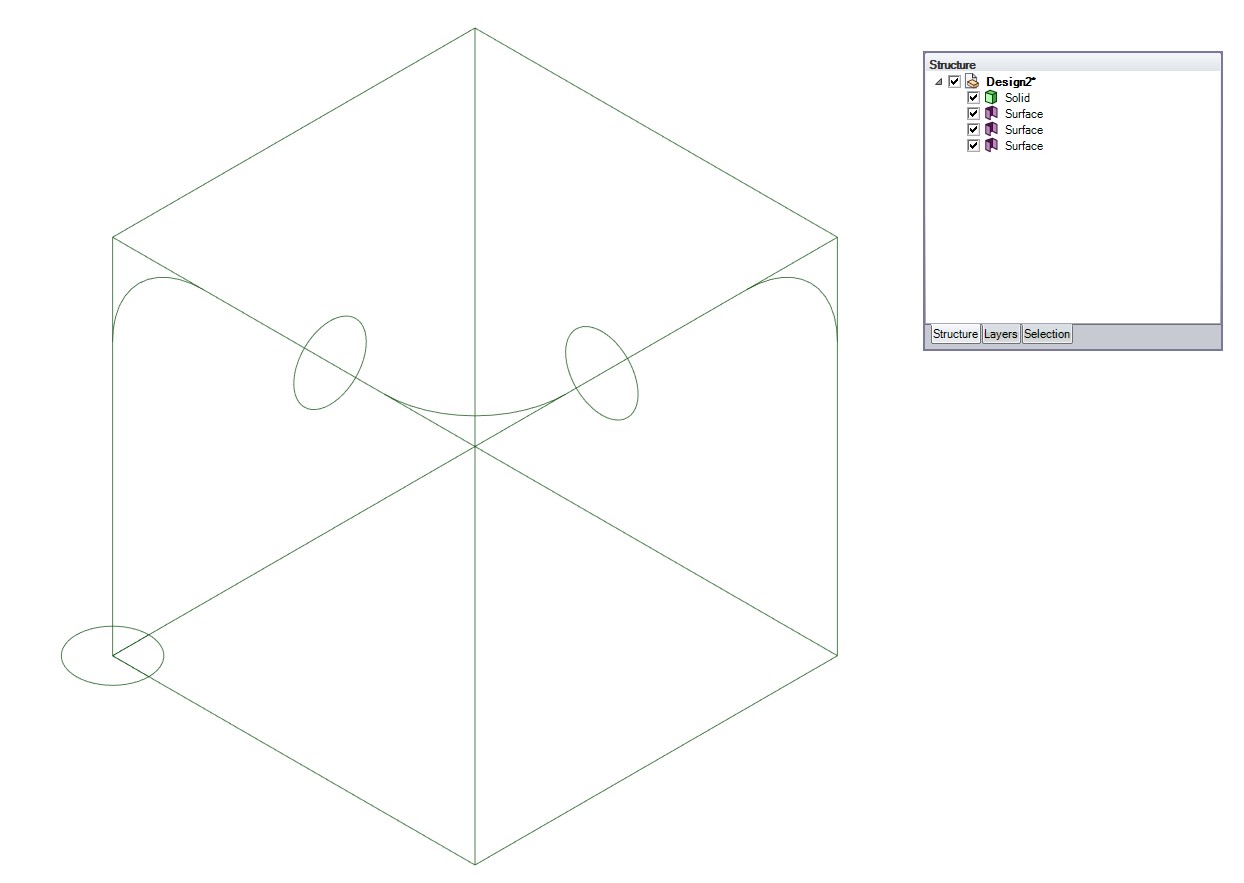 The wireframe was printed as PDF, imported to Inkscape and only the bending curves were saved. In addition a couple of cross-section ellipses was drawn; one horizontal snapping to the grid and a copy of it, but rotated 60 degrees:

In the next image 2 bends are constructed. The bending curves snapped to the grid by scaling. I held Ctrl and dragged the corners. The orange lines are drawn to show, where the joints between straight and bended parts should be: 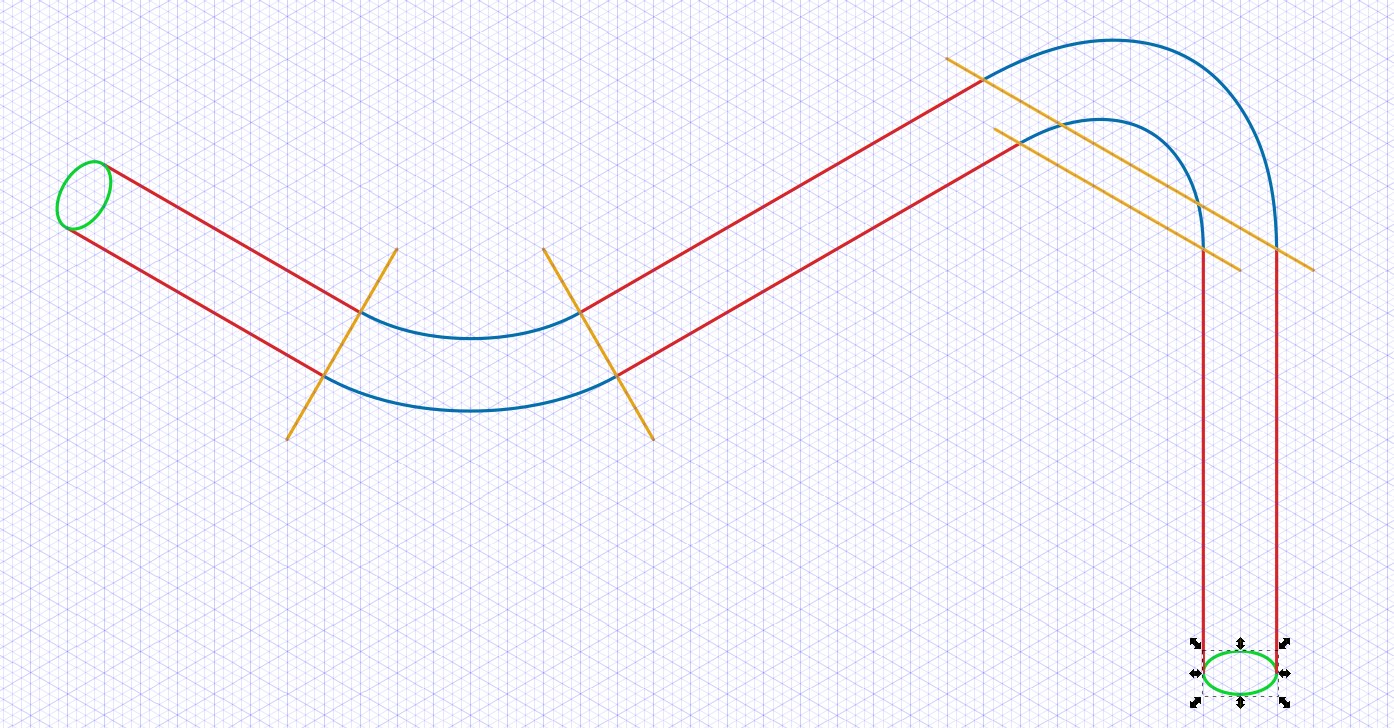 Coloring this for a good 3D-like shading isn't trivial. I tried only to draw some blurred white and black strokes over the shape. 3D software would do it much better with virtually zero own effort: 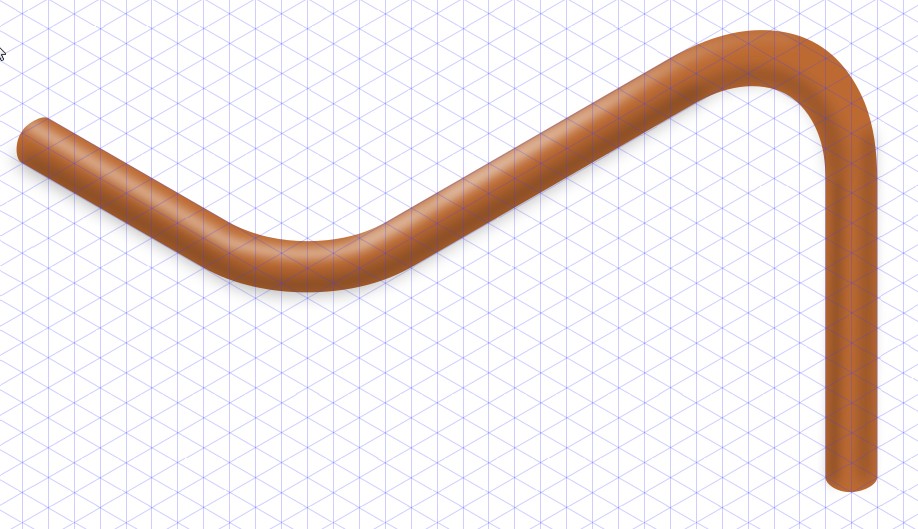 The bending arcs must be parts of ellipses. Those ellipses must be non-proportionally squeezed circles and the arcs must originally be 90 degrees sectors of the circles before squeezing. Calculating the exact formulas for the arcs unfortunately need 3D projection geometry math skills beyond my level, so I measured the extracted arcs.

Measuring was possible with Inkscape's path effect "Ellipse by 5 points". With it I made the full ellipses: 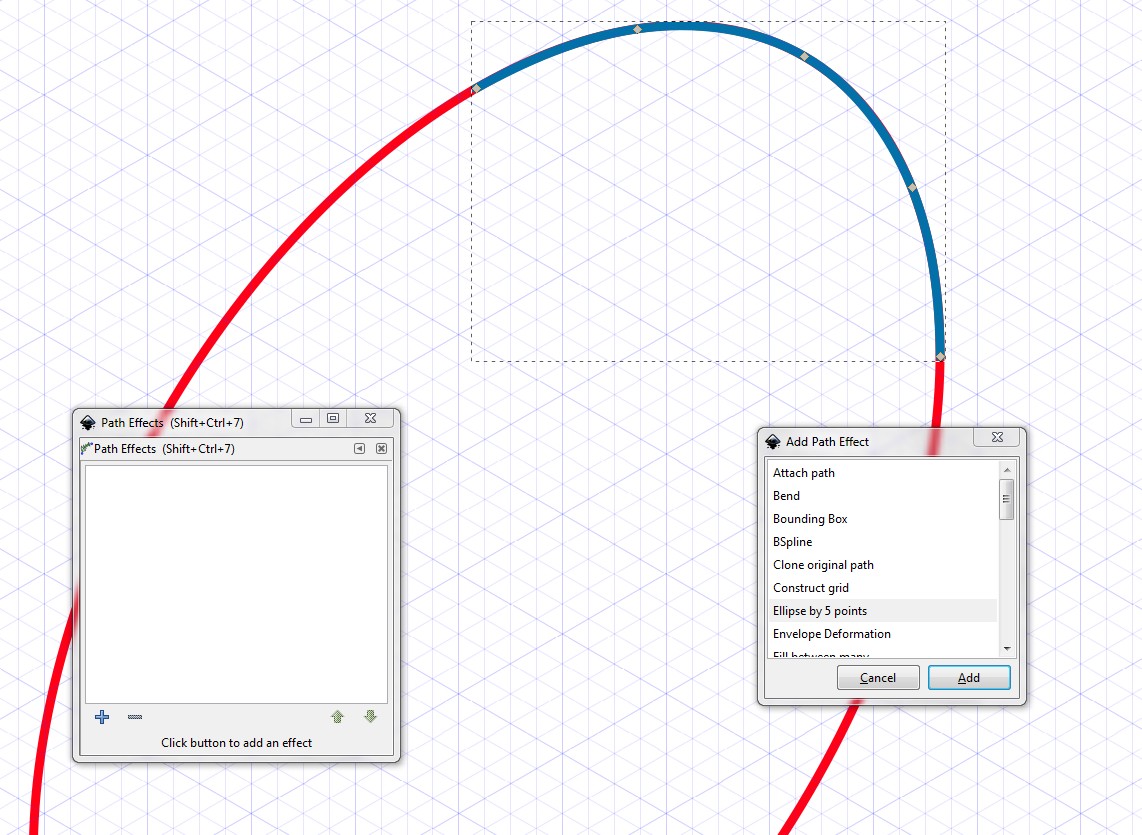 The same procedure showed that the bending arc in the horizontal plane is a piece of ellipse which has height = 57% of the width.

So, we get the following receipe for the bending arcs:

A test drawing showed that the constructed arcs fitted. 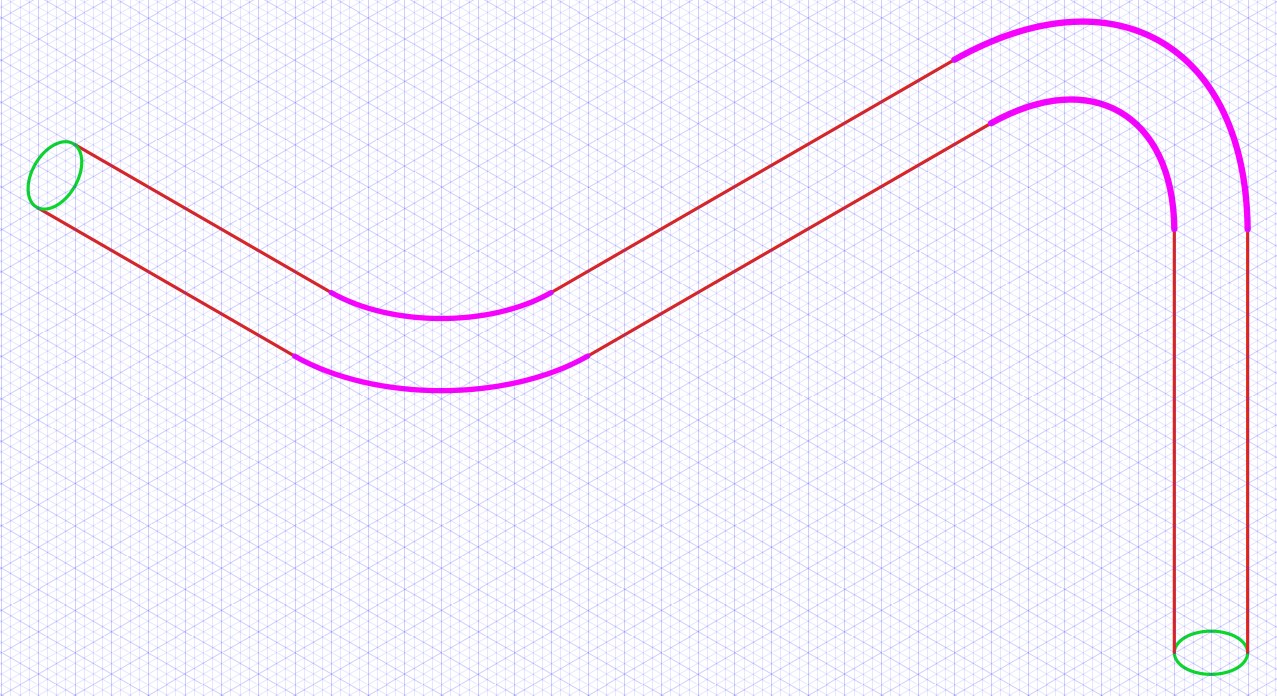