How to create a noise-gradient texture in Affinity Designer?

This kind of noise texture is very much in trend from material design to modern vector illustrations. Some call it grain texture, some call noise brush and some call it "salt and pepper" technique. Still for the record, here is an example. https://www.behance.net/gallery/55599139/Tornado-Chasers https://www.behance.net/gallery/66265897/Mark-Boardman-Carrefour

What it actually does is create a gradient of noise or spots and blotches to shape up the colour-values more definitively. This is pretty easy to do in Photoshop and Illustrator I believe. But for Affinity Designer, the options are scarce. And none of them quite yields the desired effect.

Is there any way I can make it work to look like the examples (painterly noise texture)?

Affinity D. has noise option for coloring vector shapes, as you already know. That noise hasn't other parameters than depth. Obviously somewhere under the hood sits a generated or fast to regenerate full page noise pattern which is taken to renderings in the fly. It cannot be different for separate objects because that would make everything slow. This, of course is only guessing, but it explains the non-editability and why the noise pattern do not move when one moves a noisy shape.

To get different noises to Affinity D. you must take them from pixel persona side or more preferably from other place which has more tools or variation.

You can use imported noise patterns as masks for your arty vector shapes. You need only one color, because vector shapes define colors. Complex noise patterns are more effective as bitmaps, because a big vector pattern can freeze your program. High resolution bitmaps do the same if you have plenty of them.

In Affinity D. you can reduce the file complexity by having your noise patterns as symbols or brushes (=for strokes). You need only one copy. That makes also vector noise patterns worth to consider; you can tile small shapes enough to cover the needed area. 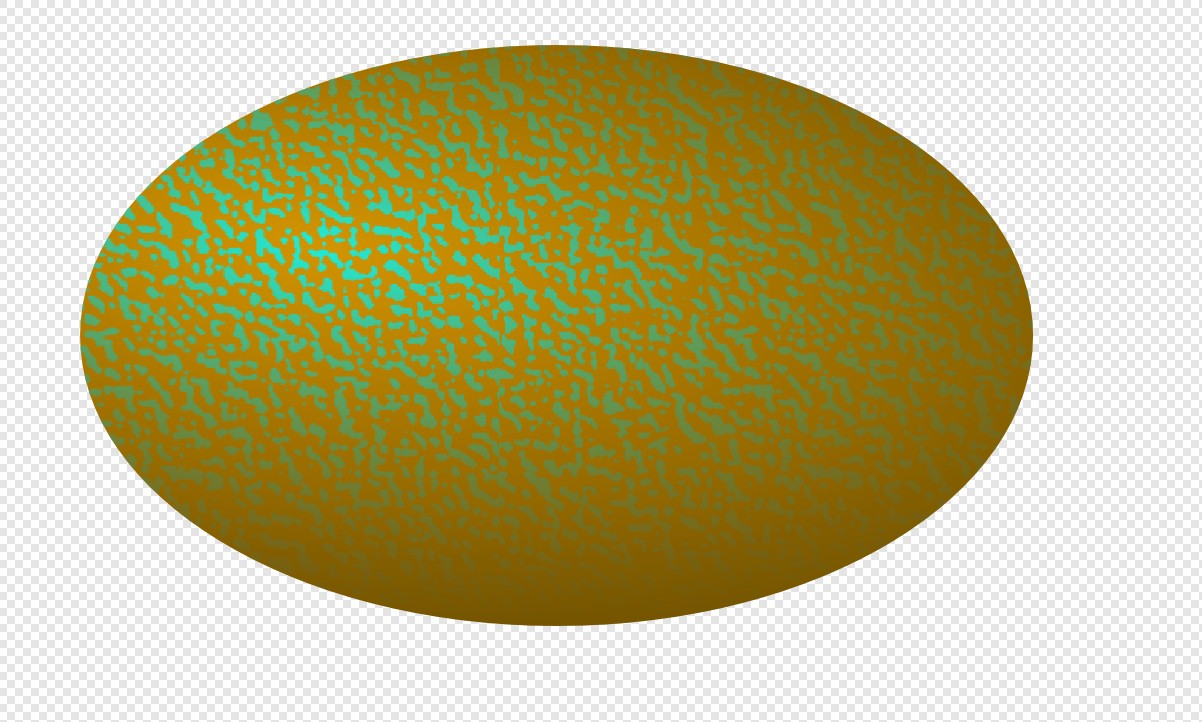 A brown shape has greenish overlay which is masked with a grainy pattern. If we separate the parts, we can see them better: 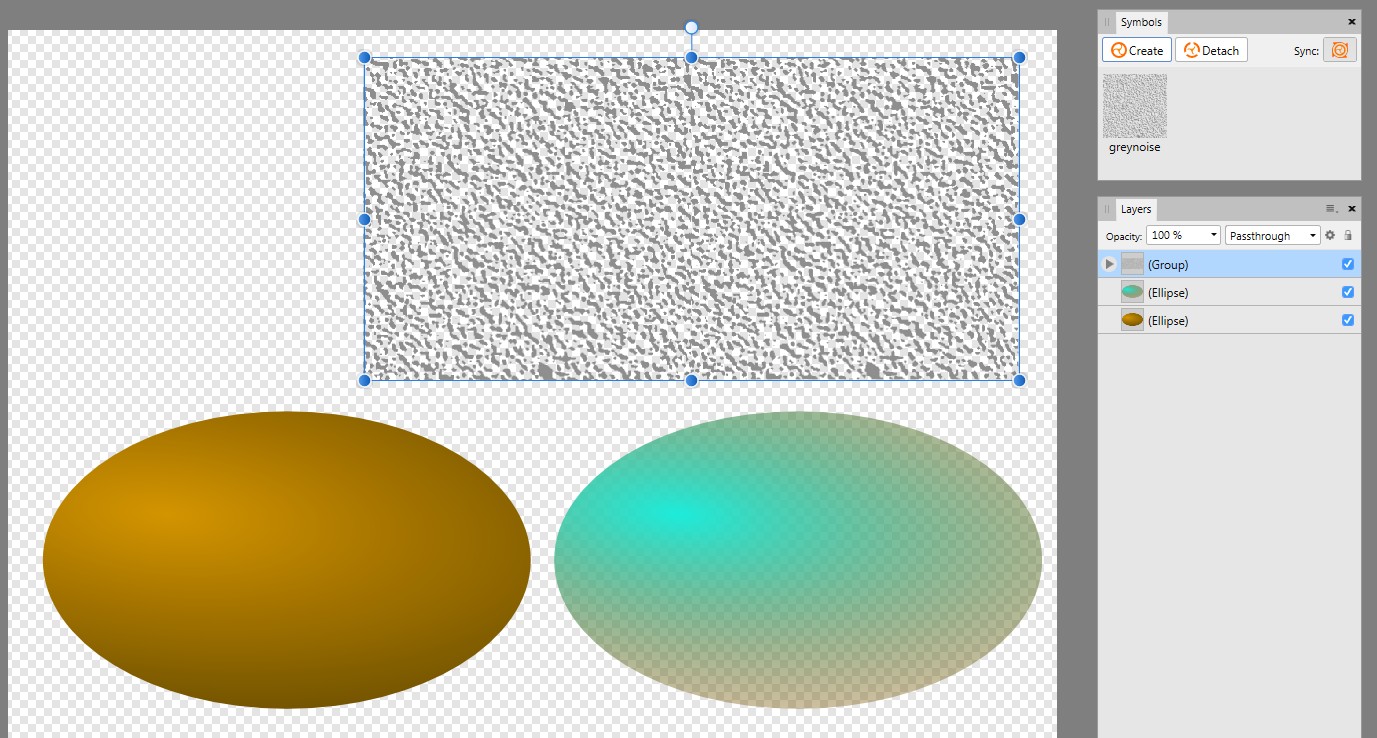 There's a brown egg in the bottom with normal fully opaque gradient fill. That layer has been duplicated and the duplicate has got bright greenish gradient fill which ends to transparency

The greenish version was masked (=Mask to Below) with a group. The group is tiled of identical squares. The square is taken to the symbol collection in the beginning.

In this case the square is a PNG image with transparent background. It's made of pixel noise in Affinity Photo. (= add noise, blur, emboss, treshold, delete black areas, darken white to grey) But a piece this simple can as well be a vector shape.

The same noise pattern is traced to vector in Inkscape, scaled to smaller size and copied via clipboard to Affinity D. There it was taken to symbols and about twenty of them was tiled to have large enough vector noise pattern. That was used to mask the greenish egg:

The noise symbol is shown in a bigger size in the middle.

An opinion: Only bitmap noise texture image is acceptably handy. That's because the image can cover large enough area with no tiling. Vectors need too much tinkering. The situation is different with programs which allow vector pattern fills as easily as solid colors.

Affinity Designer supports noise in colours and in gradients, in each individual colour stop, and I’ve found it highly effective in my illustrative work. 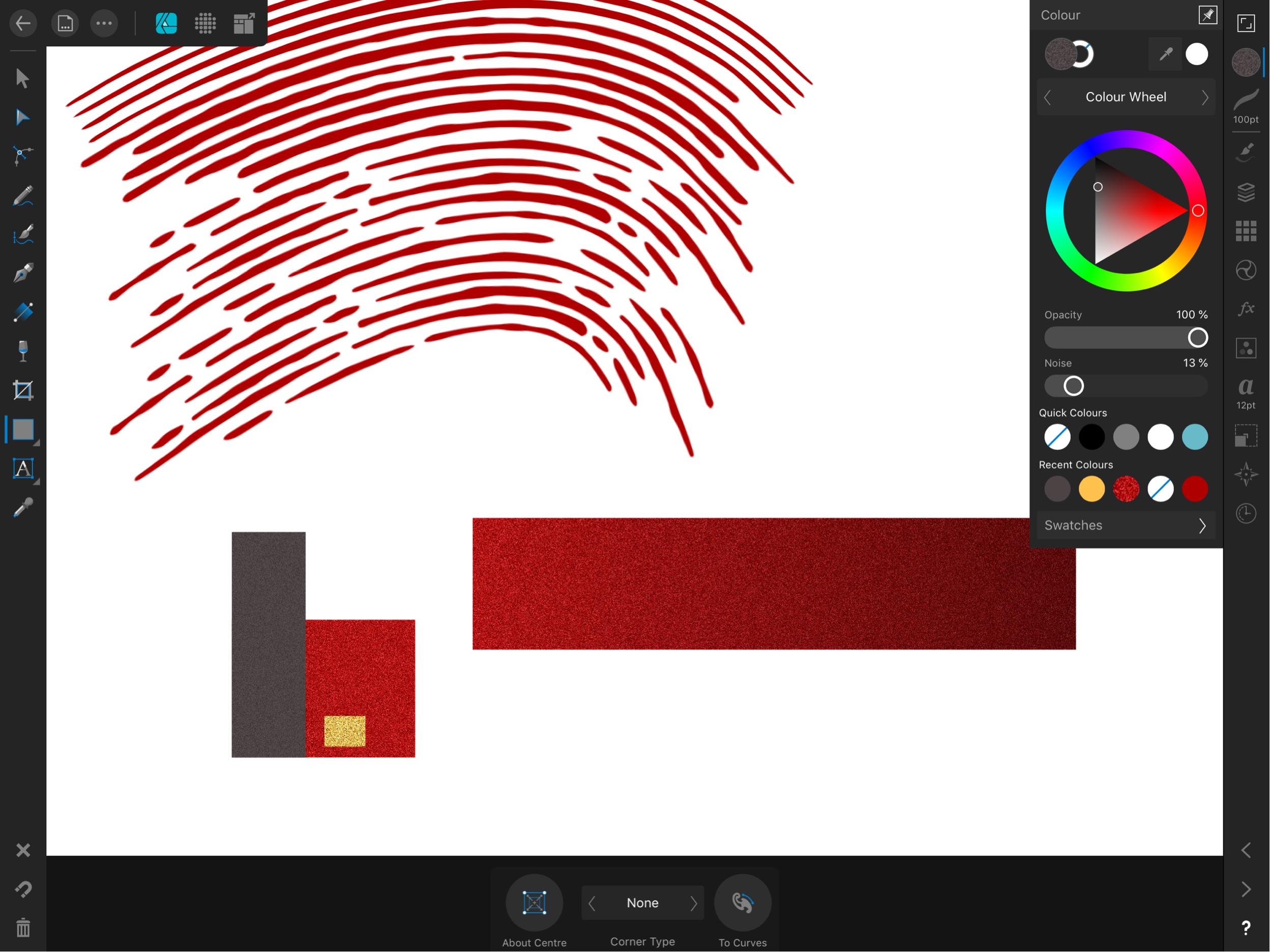 I used it for this illustration to get a less glossy appearance on the printer’s plastic parts: 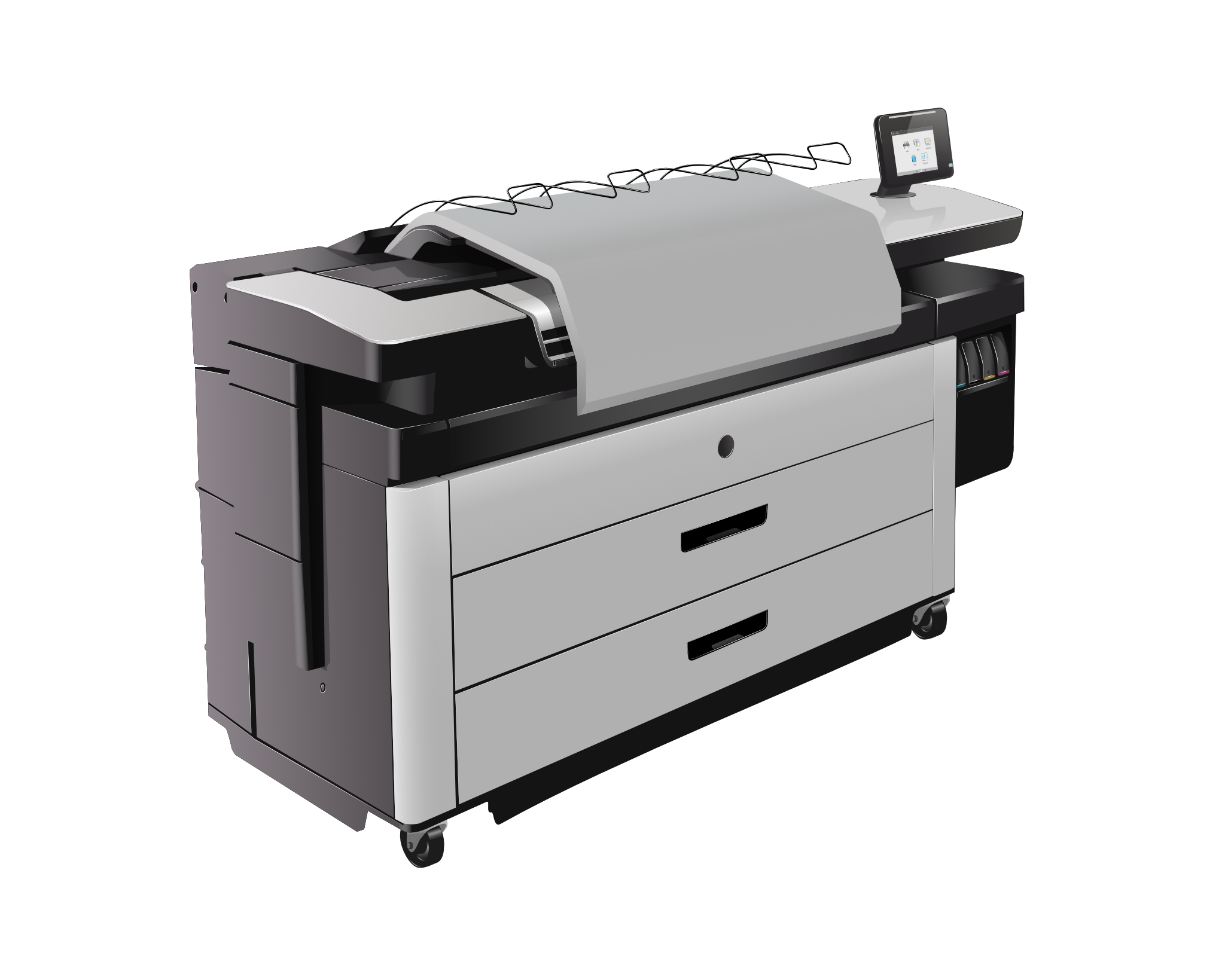 Not the answer you're looking for? Browse other questions tagged illustration effects texture affinity-designer or ask your own question.