How to demonstrate the efficiency of a dynamic factor in comparison with some constant coefficient with a chart?

I want to represent the effectiveness in a chart.

The scores are as follows:

The score of constant coefficients Y:

How can I show the differences between the effectiveness of dynamic measures in a chart that clearer than what I already have?

I used the following chart, but it is not clear for some of the readers. So, I would like to make some changes to make it more readable. 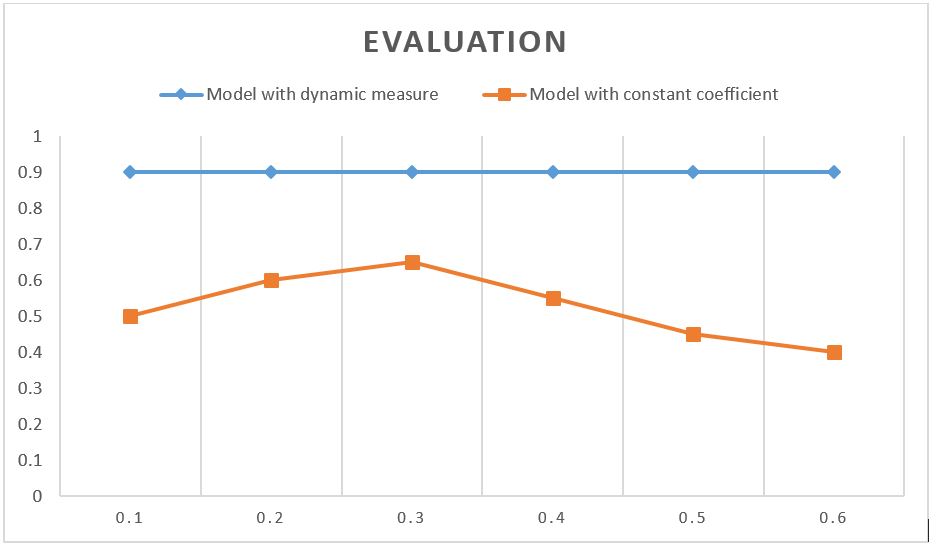 Any help is appreciated.

Not the answer you're looking for? Browse other questions tagged information-graphics measurement chart-design diagram information-design or ask your own question.

3
How do I use designs in a stacked bar chart with precise statistics?
1
What is the name of this sort of chart?
0
How do I change the order of pie chart slices?
1
How to show multiple years of line data for comparison
0
Replicate the DOE Energy Flow chart?
2
What's the name of this type of chart
3
Is there any quick way to write the text headings at specified rotations in a pie chart?