I'd like to create a realistic debossed (indented), recessed or engraved effect. Often seen on tactile commercial products, particularly for embellishing text and symbols. Here's an example of a gear stick that I'd like to illustrate (birdseye view or whatever is fine); with the gear numbers and shifting pattern debossed on the top: 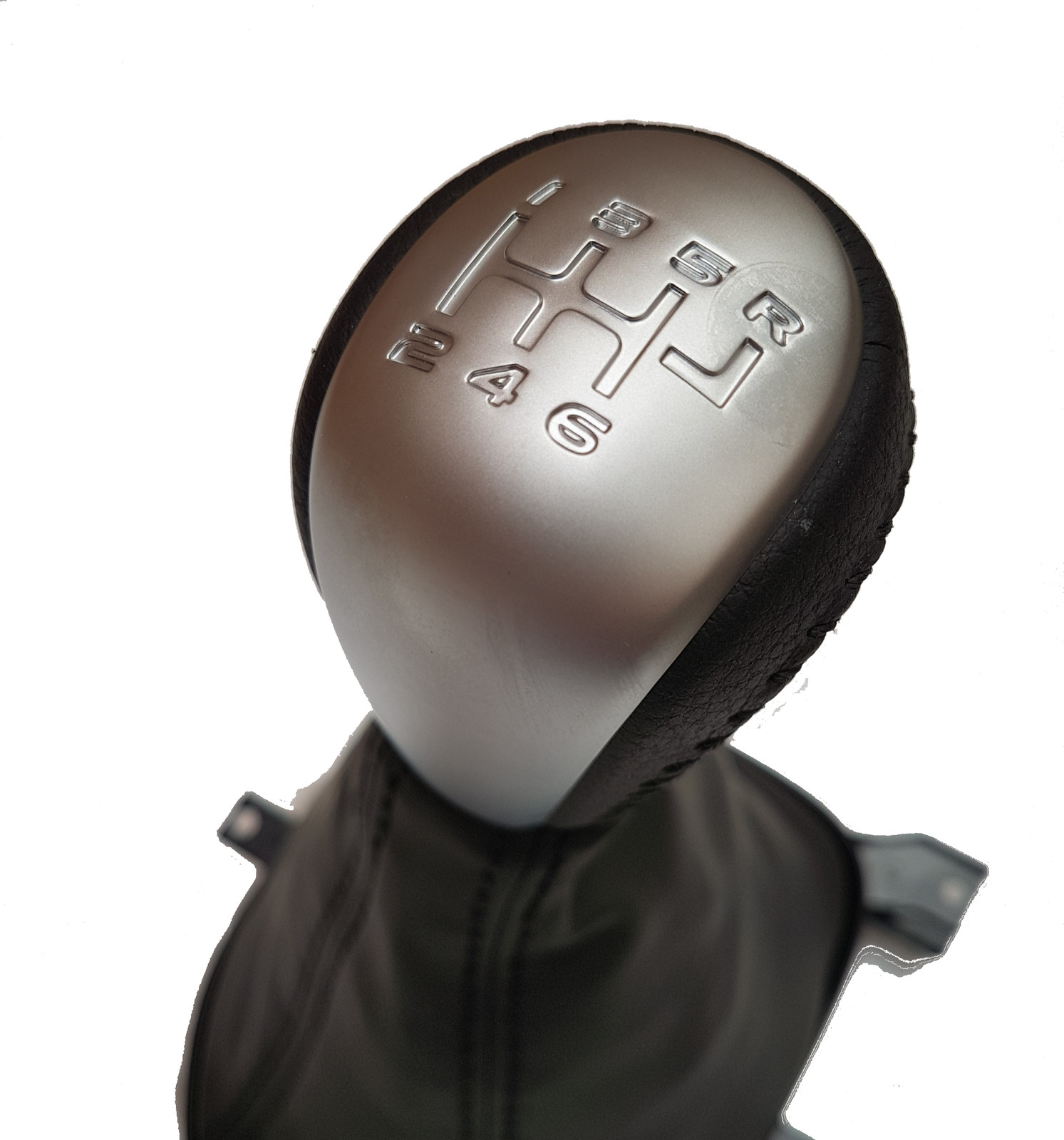 Another prevalent example is hand-tools, like this open-ended spanner, featuring a combination of both debossed and embossed styling: 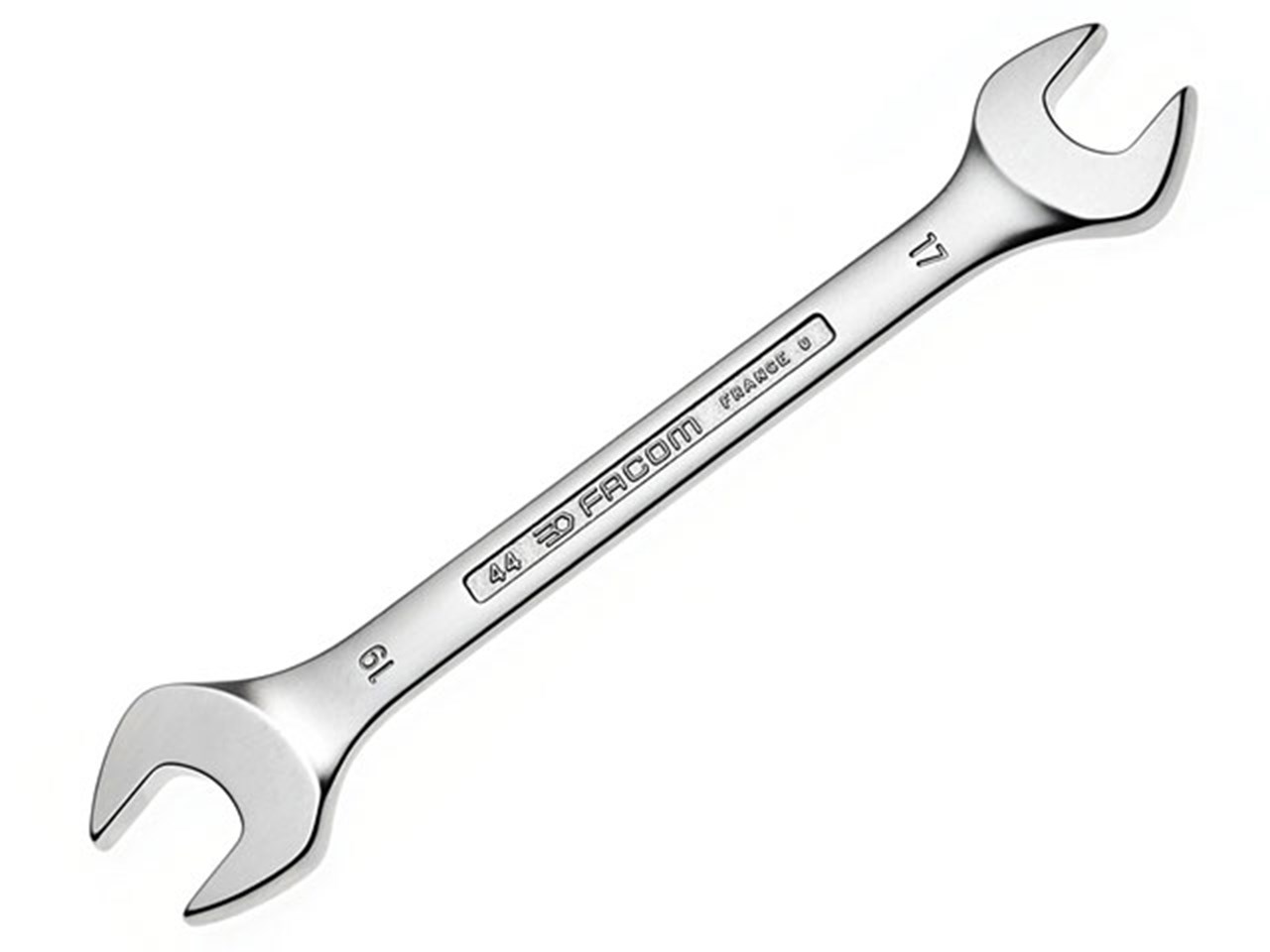 It has a bit of a 3D look and feel to it, but can be represented in 2D.

This is possible with coloring and Extrude & Bevel. You extrude the edges and what's outside the hole and add something at the bottom.

It's actually a layered structure:

If you need roundings in 3D it can be achieved with expanding the extruded shape and applying gaussian blur. But to prevent the result be unsharp, make a copy of the non-blurred shape, unite in the pathfinder panel all subshapes, color to white and use it as transparency mask to remove all blur outside the apparent piece:

The difficulty increases radically if you want to simulate insets to a strongly curved surface. I would leave it to 3D programs. Low curvatures probably can be handled with envelope distortion. An example of 3D:

This is a 3D wireframe and a screenshot of a shaded view of letter A imprinted to an oval knob. Unfortunately the shaded image is a screen resolution bitmap only, it can have only one color and there's no materials (typical limitations of easy to use freeware). But the wireframe can be taken to Illustrator (in this case only as PDF print) and colored there. If you succeed to imprint your shapes into the curved surface as 3D and get the wireframe scene (hidden lines removed) to Illustrator as vector, it surely reduces the drawing effort at least 50% when compared to drawing it from scratch.

ADD due the comments: The used 3D software is DesignSpark Mechanical, it's freeware. Altough it's very good in some cases, just this example needs some fighting. It has no text tools, the A is a drawing. It's so small that the curvature of the surface caused no problems. A is itself curved. Texts with real fonts can be made with trickery by retyping numerical dimension labels. It's difficult to place things exactly because there's no snaps, you must work with high zoom and carefully remember the placements and positions of the parts. But it's possible to project as well texts and numbers and drawings onto a curved surface. Here's a screenshot of one such battle result: 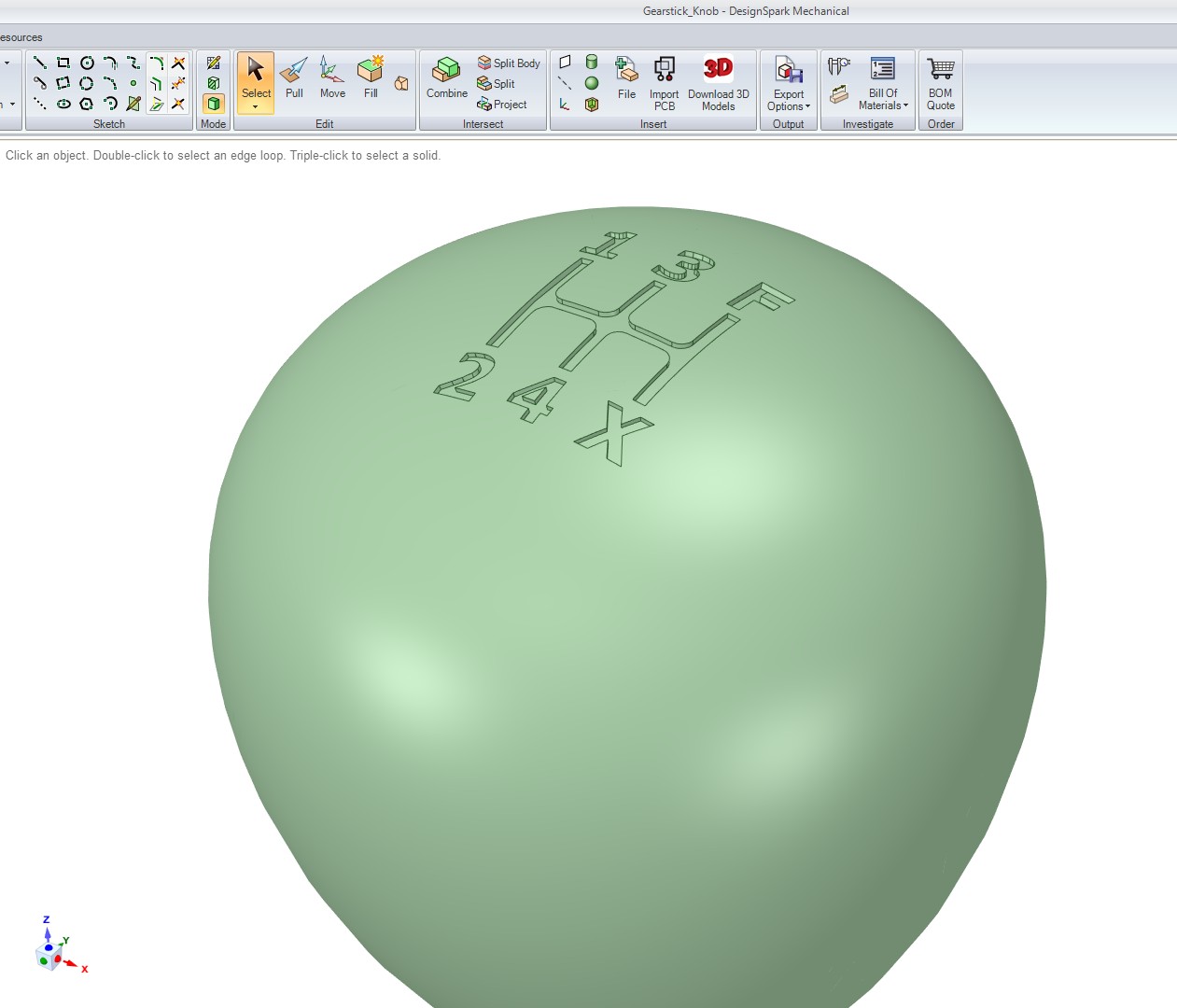 Making insets for single numbers and letters or other small simple shapes has a serious difficulty: The shading ambiquity. The result seems to be an extrusion as soon as the bottom is totally visible. The viewing angle should be low enough to hide a part of the bottom behind the edge. It can be seen also in your gearstick image. There's no exact limit how much of the bottom should be hidden. The problem has been discussed here Adobe Illustrator: Making a shape appear to be "carved" into a surface

I crunched together an example with text: 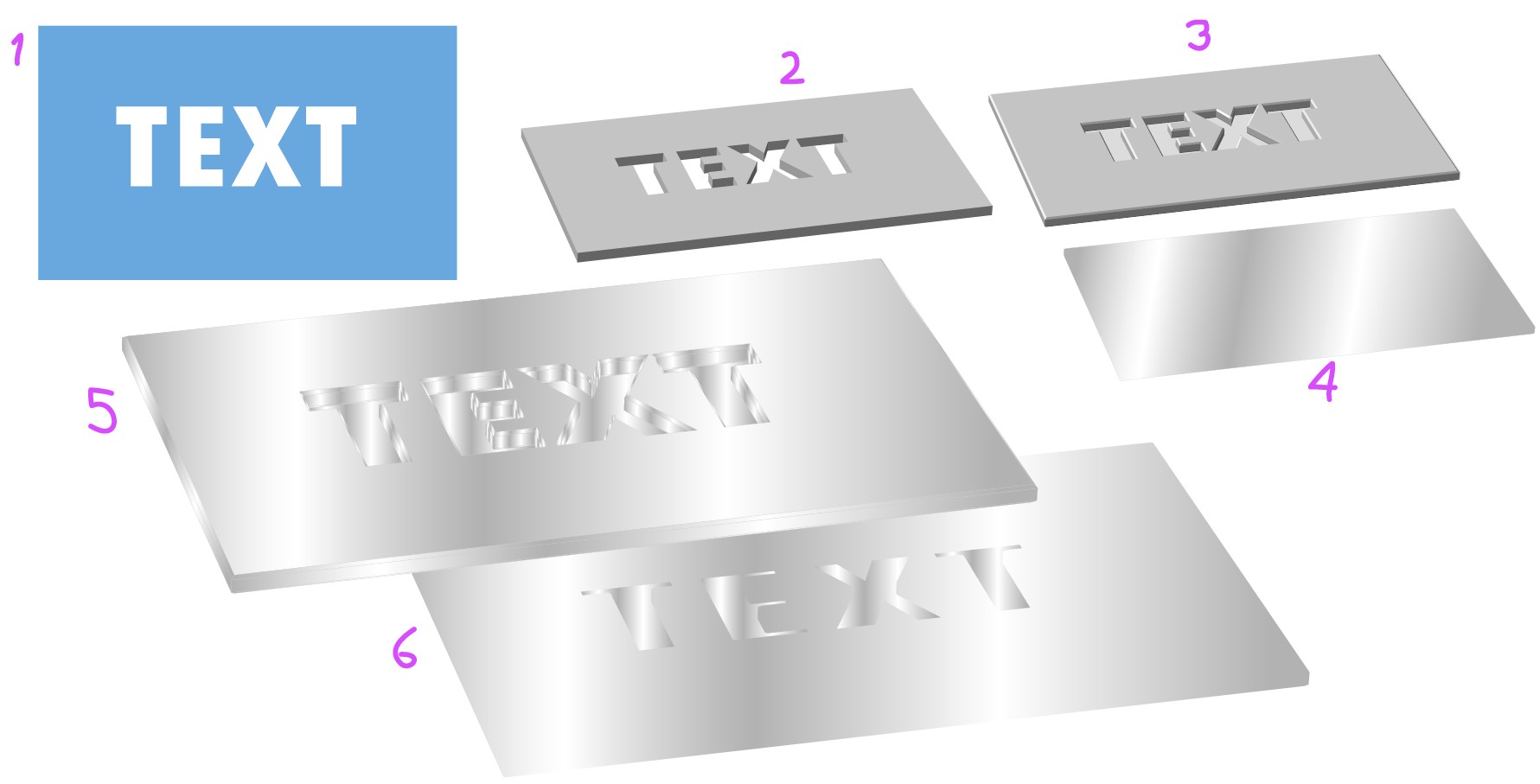 Whether something looks embossed or in relief will depend on the direction of the lighting to give it the illusion of depth.

Although Illustrator wouldn't be my first choice to create such an effect (Photoshop would likely be better, or even a real 3d modelling app), it is possible using the 3D Extrude & Bevel filter.

Anyhoo, here are the settings and result. Obviously you could mess around with the light direction, and shape of bevel selected, until it looks convincing. 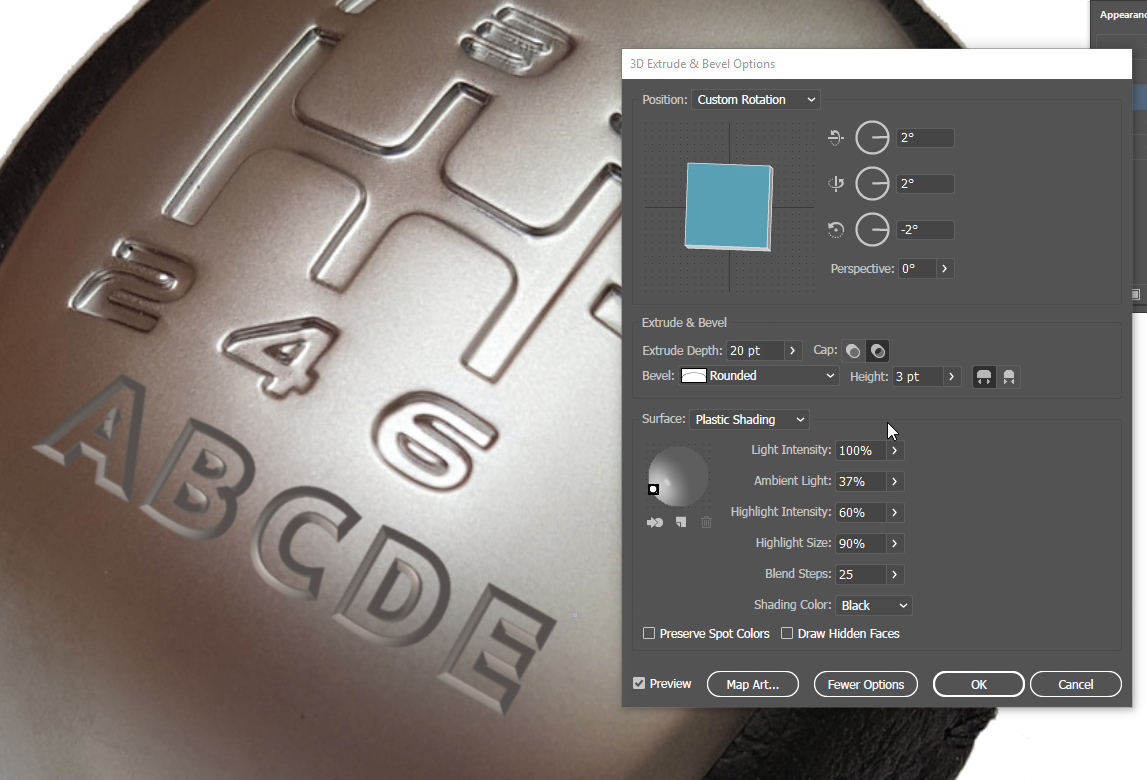 Note: I also added a slight Gaussian blur effect but only a radius of 1px. The text colour was sampled from the raster image - so basically a greyish colour. You can also add more than one light source, so you might want to experiment with that.

Also since the surface is curved perhaps each letter could have it's own Extrude effect, with the lighting direction tweaked slightly for each one.

Not the answer you're looking for? Browse other questions tagged adobe-illustrator text effects illustrator-effects style or ask your own question.

0
Creating a text deboss effect at small scale
3
Adobe Illustrator: Making a shape appear to be “carved” into a surface
1
Isometric Deboss Effect in Adobe Illustrator
2
How do I add my logo onto a product like it was part of the mold design?
1
How can I make this button pushed?