Illustrator shapes differ in size based on color

I'm new to Illustrator\PS and I'm self taught so I google a lot, and learned everything that way. I've noticed an issue that I couldn't find any mention of online.

When I make a shape (ex. triangle) with a black background, I get a much smaller triangle than if it's black on a white background. In transform the dimensions are the same. I figure it may be an optical illusion, and when I do put the 2 shapes on top of each other, what do you know, it's exactly the same. But really it's a big difference and does show when printed. Any help would be great, I hope I don't have to manually adjust it by guesstimating the exact size. 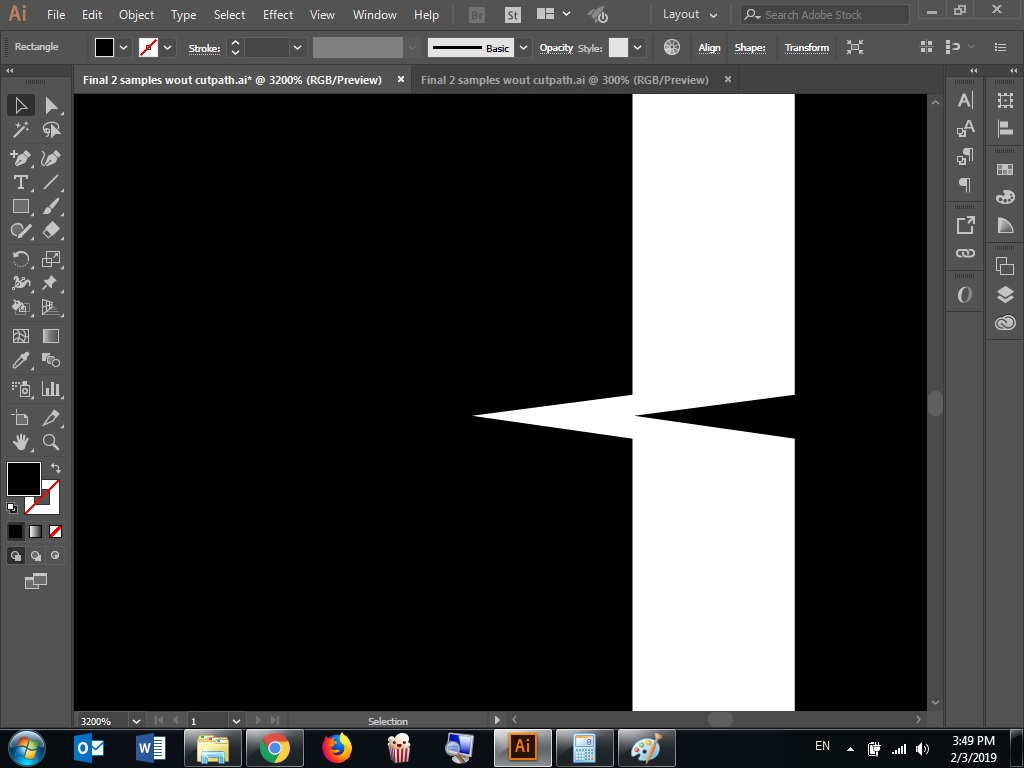 If the objects are reported as the same size in the Transform or Info panels then any variation is due to .....

In both instances the same thing is happening, black is anti-aliased and encroaches upon the white areas. The difference is the viewer's visual focus.

If you visually see the white as a 'foreground" object, then you notice the white getting smaller.

If you visually see the black as the foreground object, then you notice the black getting bigger.

If you do this side by side, then they same objects appear to be slightly different sizes.

And note this is most noticeable when using white because of how Illustrator sees white as "not there" or transparency. Using black and an actual color should not reflect the same visual difference due to anti-aliasing.

In many cases, a screen with a higher pixel density will reduce the visual prominence of any anti-aliasing, making this tiny variation less noticeable on screen.

When printing commercially, the difference will be so very tiny, you'd need a micrometer to tell the difference. And, in fact, due to dot gain, there may be less variation upon output.

However, if printing on something like an end-user inkjet printer, depending upon the paper being used and how much ink it "soaks up" the dot gain may increase this variation making it more prominent. Using a higher-quality paper for an inkjet would help reduce this variation. This is why some inkjet manufacturers suggest "premium" paper for photographs or higher-quality prints - so less ink is absorbed by the paper. Although, I gotta admit, I don't know anyone measuring object sizes on a physical inkjet print, at least not to the degree it would matter visually.

Not the answer you're looking for? Browse other questions tagged adobe-illustrator color background dimensions or ask your own question.

5
Perception and color theory
2
How to get rid of black box in Illustrator CC?
2
How to present a print project to a client?
1
Adobe Illustrator PDF Works, but then uploading it changes colors
0
Image from photoshop has a different black background. I deleted the background
2
Does text, built in Illustrator, pasted into Photoshop as a smart object, need to be converted to outlines for print?
1
Prepress: I do not know the printer, what color profiles should I use?
5
Why Is Image Exporting At Larger Dimensions Than In Illustrator File?
0
Problem exporting icons via Adobe Illustrator