How to clip multiple lines with multiple polygons in Illustrator 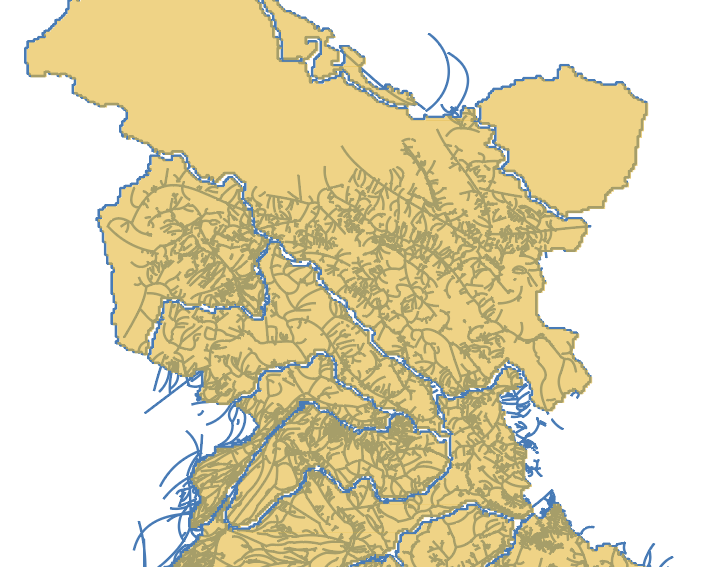 I would like to convert all the river paths into groups of paths that are split by the shape of the catchment polygons. And then stylize the group paths accordingly.

If you are okay with the rivers being shapes and not merely stroked paths....

You will then have individual sections based upon areas of adjacent color.

Note that this will split the "ochre" colored masses by the river paths as well. If you want those encompassing shapes to remain whole shapes, then duplicate those first and do not include the duplicates when using Pathfinder. Then you'll have to delete the divisions created after running the Pathfinder command.

For more on how the Pathfinder operations work, see here.

24
In Pathfinder window, what is the difference between a shape mode and a pathfinder?