How can I describe the 3D effect that is caused by rotating lines inside a circle?

I noticed an optical illusion of a 3D globe caused by rotating lines around a circle. As demonstrated by this codepen. Especially at Multiplayer time 22, 24, 27 when the number of points are increased to maximum. Here is a screenshot of it: 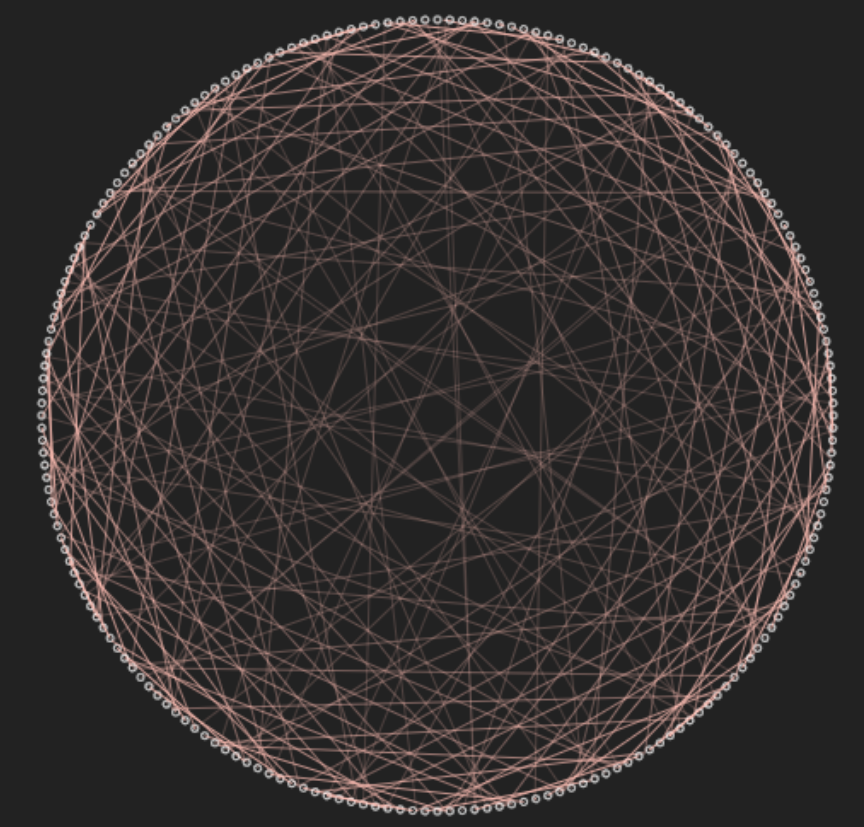 The effect is much more pronounced when the lines are in motion.

What is this effect called?

Is there a way I can invoke this effect intentionally?

I'm curious if this effect has ever been used strategically for visualizations or graphic design?

Every line can be a projection of an arc along the surface of a sphere. Those arcs are drawn for ex. from equator to equator and you watch them from far above the north pole. All arcs happen to be in planes which are seen exactly sideways.

Actually the arcs can be also deeper inside the sphere or outside it as long as they are in the planes which are parallel with the watching direction and the seen projections happen to reach from equator to equator.

The arcs can be arbitarily complex, even discontinuous curves as long as their twists are seen only sideways and the discontinuities are hidden by seen overlaps.

I believe the family of ALL possible 3D causes for the seen 2D result has no commonly used name. But this is only a belief.

In 2D the lines are all possible chords drawn to equally spaced directions from equally spaced points on a circle curve. In 3D one of the possiblities is the same drawing that you already have in XY plane, but the plane is watched from Z direction.

A widely used name for your 2D pattern can exist. Ancient astronomers with their earth centric sky model needed chords for their calculations and they had made chord tables to reduce the calculation effort. At least Ptolemy and Hipparkhos had them. Unfortunately my knowledge ends to these splinters. If the subject is interesting, read this for a start: https://en.wikipedia.org/wiki/Ptolemy%27s_table_of_chords

I see it's also possible that this pattern can be seen as a western misconception of some Indian graphic art style.

You may see the pattern as a shaded sphere. That's not nonsensense because one possible 3D cause of the pattern is a bunch of arcs along the surface of a sphere. Free holes between the seen lines are biggest in the middle and smallest at the edge. With some tough math or numerical analysis one could tell how well the lines approximate some generally used shading formula of a sphere.

There's a manual art called String art which consist in an arrangement of colored thread strung between points to form geometric patterns or representational designs. Wikipedia

Though straight lines are formed by the string, the slightly different angles and metric positions at which strings intersect gives the appearance of Bézier curves (as in the mathematical concept of envelope of a family of straight lines). Quadratic Bézier curve are obtained from strings based on two intersecting segments. 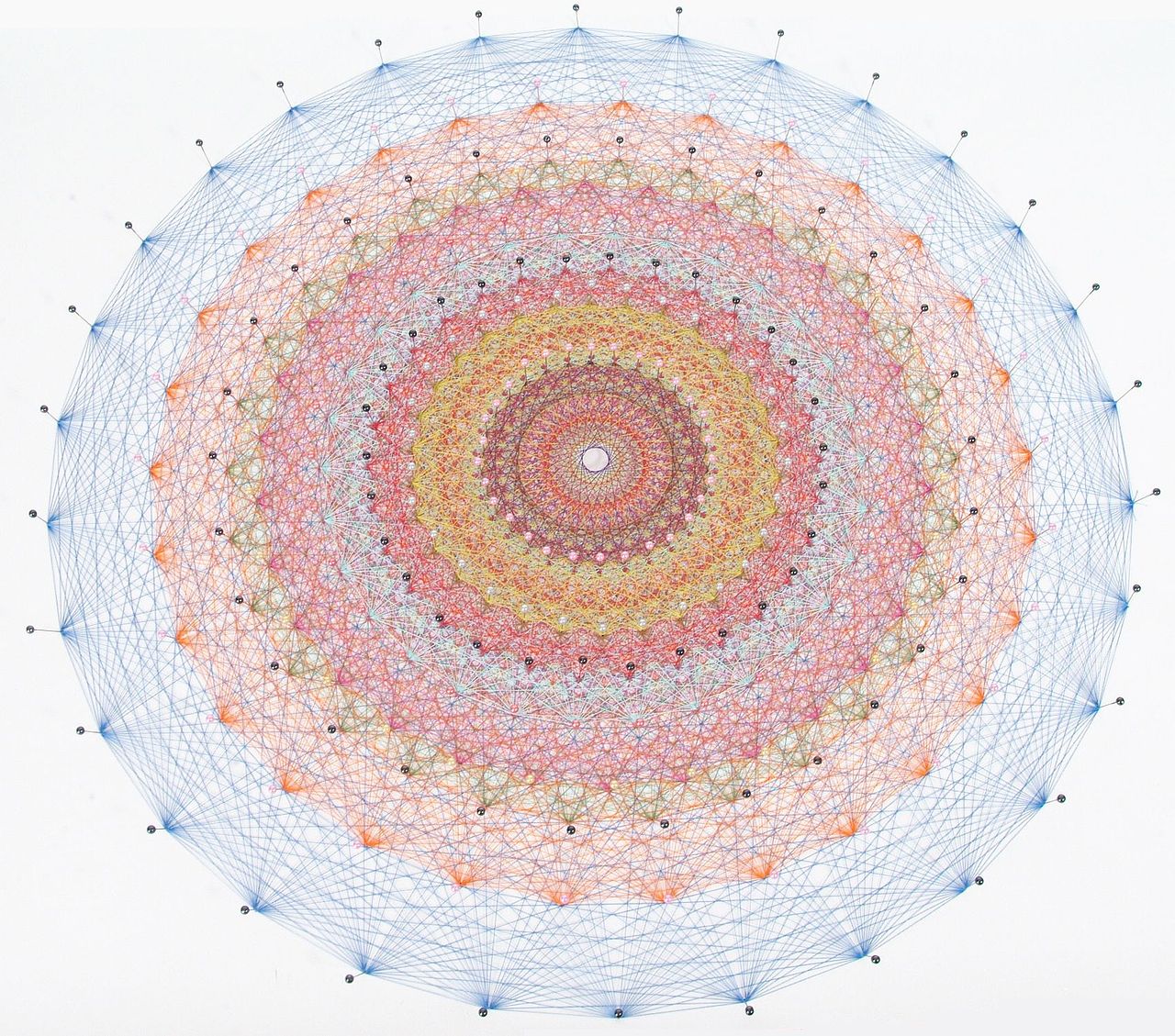 There are thousands online examples 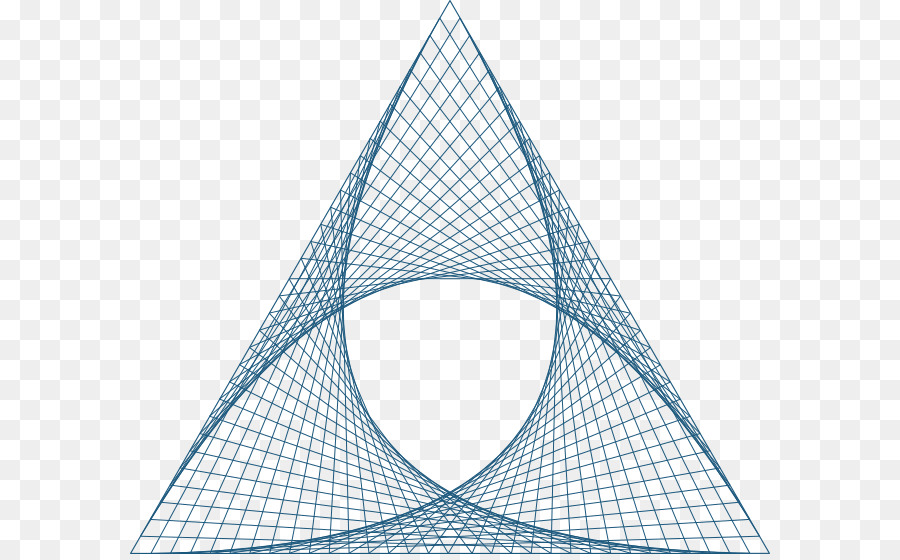 36
How can the "dress" optical illusion be accurately reproduced on other images?
1
Optical illusion caused by gradient. How can I avoid this effect?