How can recreate this overlay gradient

Looking to make a banner image for a website and I've tried to recreate these two images using a few different gradient patterns but I can't seem to get close enough to the referenced images. Both are using the same background image but with slightly different overlay and gradient styles. Not concerned about the line work in the images just the overlays and how to achieve this, almost identically if possible.

Any help on this would be appreciated. TIA

It seems to have a copied layer of the underlying image, but blurred. It has layer mask that hides partially the blurred version. You can have a simple white to black gradient in the transition zone in the mask. It can well be also manually painted there. Black means full transparency, white means fully opaque.

The other version with darker left end probably has something added to the blurred version before blurring. It can simply be shifted and show something dark from the left, a scene which is cropped out of the non-blurred version.

On top there's the electric circuit like drawing layer. It can be a normal layer where the background is erased. But the drawing can also be in an adjustment layer which makes the blurred layer darker or colorizes it. In that case the drawing is as white on black in the layer mask of the adjustment layer. 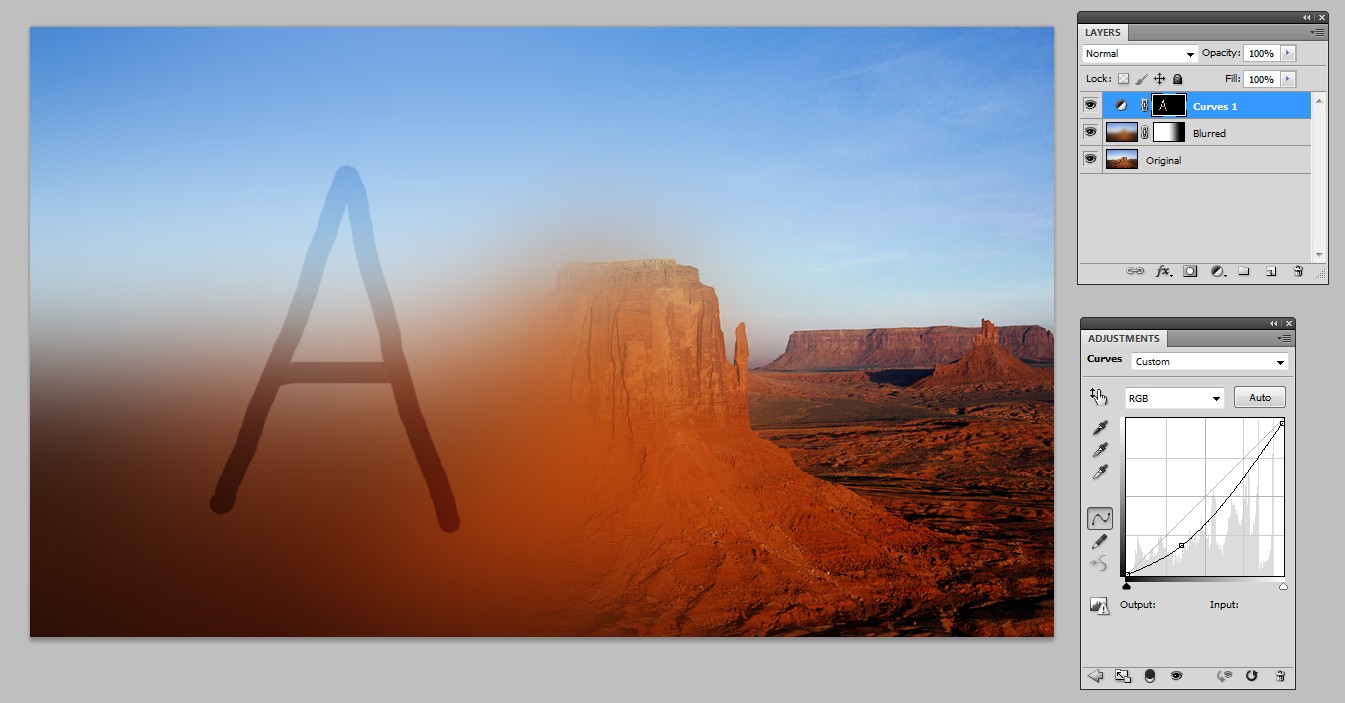 1
This graphic gets in the way of the photo too much. How can I achieve the same effect without taking away from the content?
1
How do I produce the ideal drop shadow in Photoshop (like this one)?
2
How to create a realistic wooden photoframe from images of blocks of the frame?
1
How to recreate this gradient?
3
Save a vector shape with transparency with a clean outline in Photoshop?
14
Research: Grainy/Noisy Gradient
0
Featuring a curve to create a centered gradient
1
Handling inversion on black and white photos in Photoshop