HELP! | Which fonts are easy to use? UPPERCASE or lowercase? [closed]

Which fonts are easy to read? UPPERCASE or lowercase? Thank You. 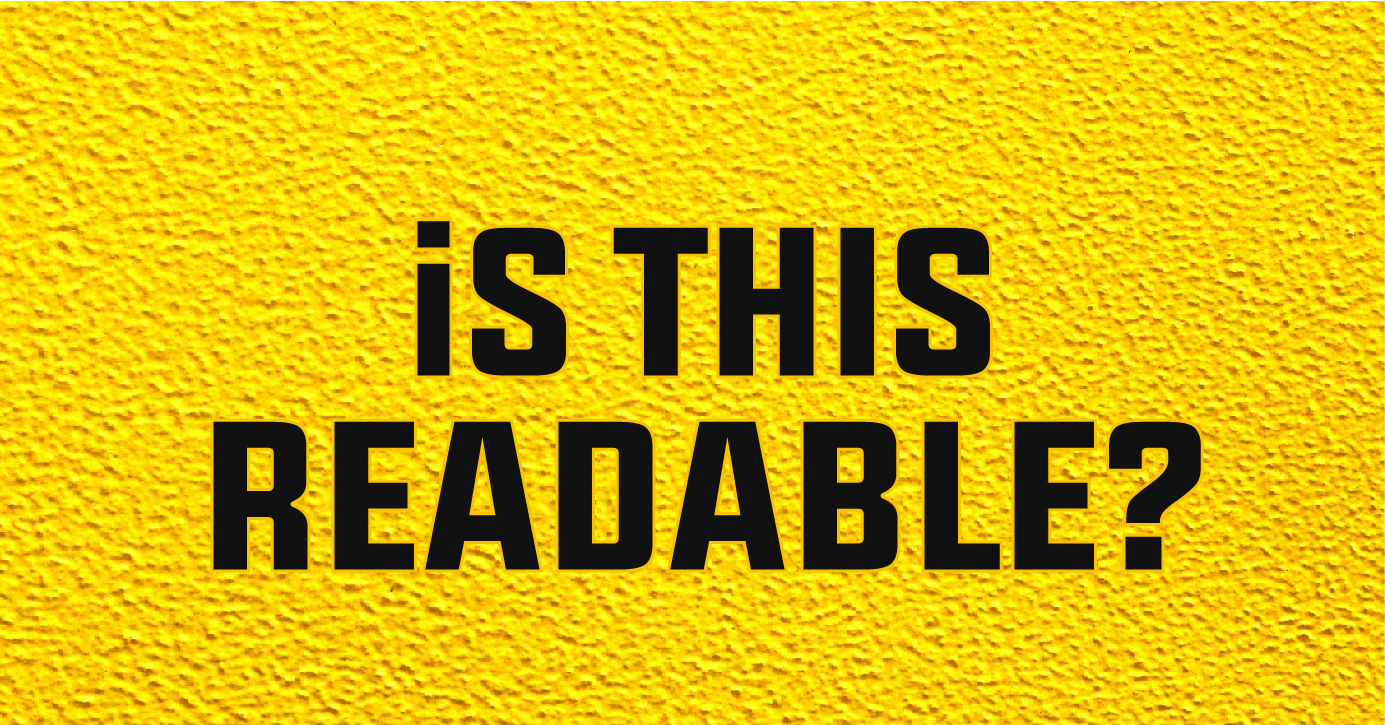 Long ago, there were no uppercase and lowercase - hands (what predated typefaces, which predated fonts) had basically one or the other, and in most cases, what we now call uppercase were explicitly for carving into stone.

The reason that the current conventional use of upper and lower case became common, along with punctuation, was to aide in legibility. Capitalization makes the beginning of a sentence instantly parse-able.

Less long ago, but a couple decades ago, I spent several weeks compiling then current and older research on legibility indices, testing and confirmation of prevailing theories of legibility - all in an effort to convince my then-employer to drop their horrendous practice of making all warnings in their user manuals in all caps bold with very tight tracking and kerning, and repeating the the same illegible block of black near-greeked text for emphasis.

At that time I was able to amass enough peer-reviewed content to convince a scientist and engineering heavy company to reverse that disastrously bad policy and shift to multi-modal emphasis (international warning symbols, colour, bold header but not all caps, well-spaced and kerned warning body text) to greatly improve the perceived legibility and trustworthiness of their user manuals for a product used to flow very dangerous gases... since then I've fought a similar battle in the world of architectural drawing and draughting, as at least here in the US it's been convention forever for letting in architectural drawings to be all caps (due mainly to ease-of-production when hand-lettering and then the cussedness of "but we always did it that way years ago") as in many cases the crucial information in detail drawings is damned near illegible due to the all caps, closely spaced and badly kerned text style. I have had some luck convincing a few more visionary folks to at least shift to small caps so that once again, sentences become easy to parse... sheesh.

So here's a test for you:

HOW DOES THIS READ TO YOU? DID YOU EASILY DETECT THE SENTENCE END?

How does this read to you? Did you easily detect the sentence end?

For myself, I'm pretty clear - sentence case succeeds in legibility far beyond most alternatives.

Not the answer you're looking for? Browse other questions tagged fonts font-design or ask your own question.

2
Should I use specialist “titling” fonts for headings and titles?
3
Which fonts are used in this image?
1
what free fonts can I use in my app for in app purchase?
5
Difference in glyphs of I and l
3
Are there any fonts which research shows result in more accurate reading of phone numbers?
3
Recommended Font for distinguishing upper/lowercase letters and numbers
1
What are the uppercase letters in this web page banner?