Is there an easy way to remove internal nodes from a path in inkscape?

Specifically if I write text and convert it to a path, and then outset the path to make one outline, I then want to remove the "holes" from characters like O without manually going through each one individually, to produce just an outline around the text. Is there a quick and easy way to do this?

O, A, a etc... as outlined are compound paths or "combined paths" as they say in Inkscape.

In the left there's text ABV. In the right the text has been converted to path and ungrouped:

2nd image: In the left Path > Break apart has been applied. That removes the holes, they are now independent shapes that can be deleted:

In the right the hole shapes are deleted, fill color is removed and a stroke is inserted to show the result clearly. You can make the shapes bigger without losing their placements by using outset.

There's no need to delete the hole shapes one by one. Simply select all and goto Path > Union. If needed, goto Path > Break apart and have again individual glyph outlines without holes and hole shapes.

Beware: Even quite short text generates easily 1000 nodes. Every step can take a long time. The following example took several seconds per step:

Make some tests with short texts at first.

If you want to fill gaps in this to get a kind of backdrop,

you must in practice to draw the wanted connector shape and make an union with it. Outsetting, giving a massive stroke and stretching the letter outlines individually horizontally give very poor control. 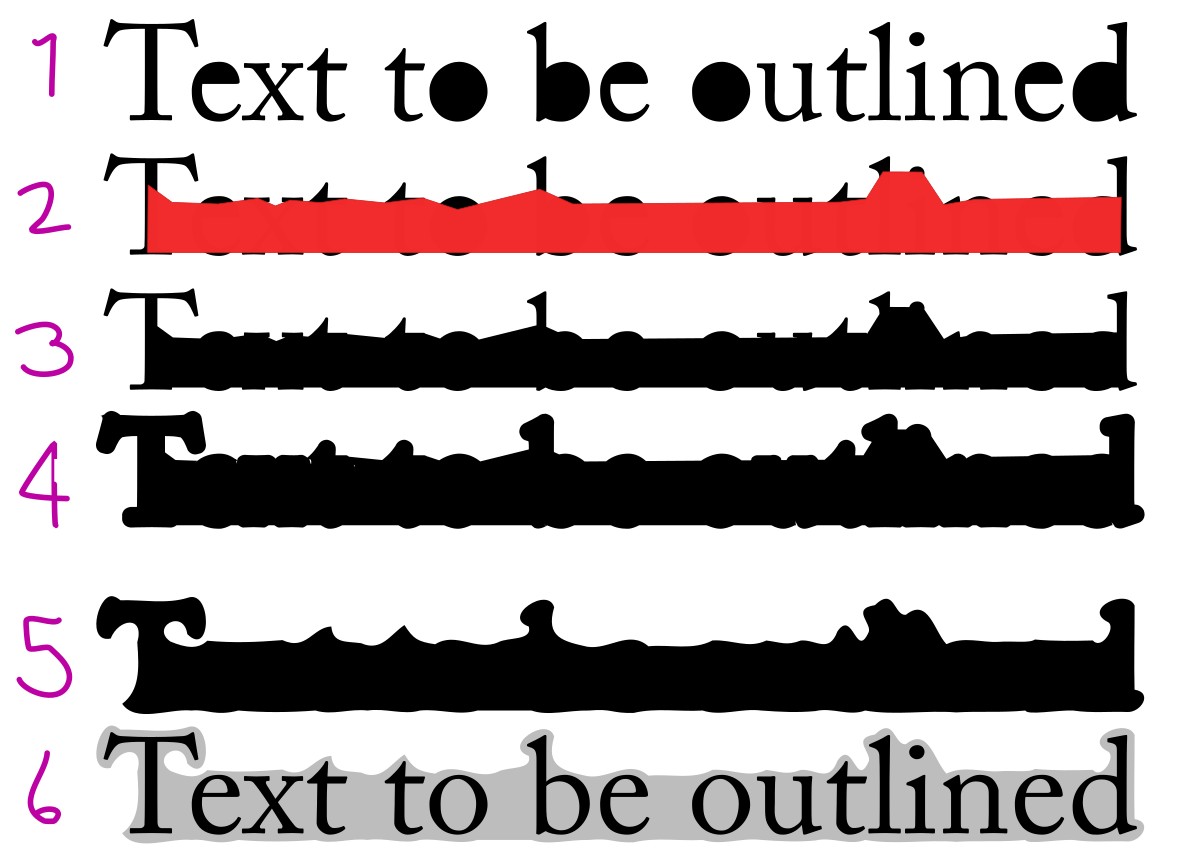 6
GIMP/Inkscape Text Art from Image: Is there an easy way?
4
How to remove a path from other paths
2
How can I outline a path in Inkscape to make an object?
0
Inkscape: How can I prevent background to shine through path?
3
Is there a way to copy live path effects from one object to another in Inkscape?
1
Inkscape free shape from square
6
Automatically merge overlapping nodes in inkscape
24
Inkscape: (easy) way to create curly brace / bracket?
4
Delete path of shape behind another shape in Inkscape
0
Inkscape's “Stroke to path” produces hole in the middle